The Samsung 970 Pro is the Korean firm’s latest attempt to maintain its position at the top of the SSD market – and, on paper at least, this drive is a barnstormer.

Samsung’s next SSD success may sound like a foregone conclusion after the last few years of dominance, but reality isn’t that rosy. More drives than ever are delivering super speeds for lower prices – which means Samsung may struggle to convince people to pay for this premium flagship.

The new drive is designed for high-end users who want an SSD that combines lightning speed with impressive endurance – so those folks who are building workstations, creative systems or other machines with demanding productivity applications. 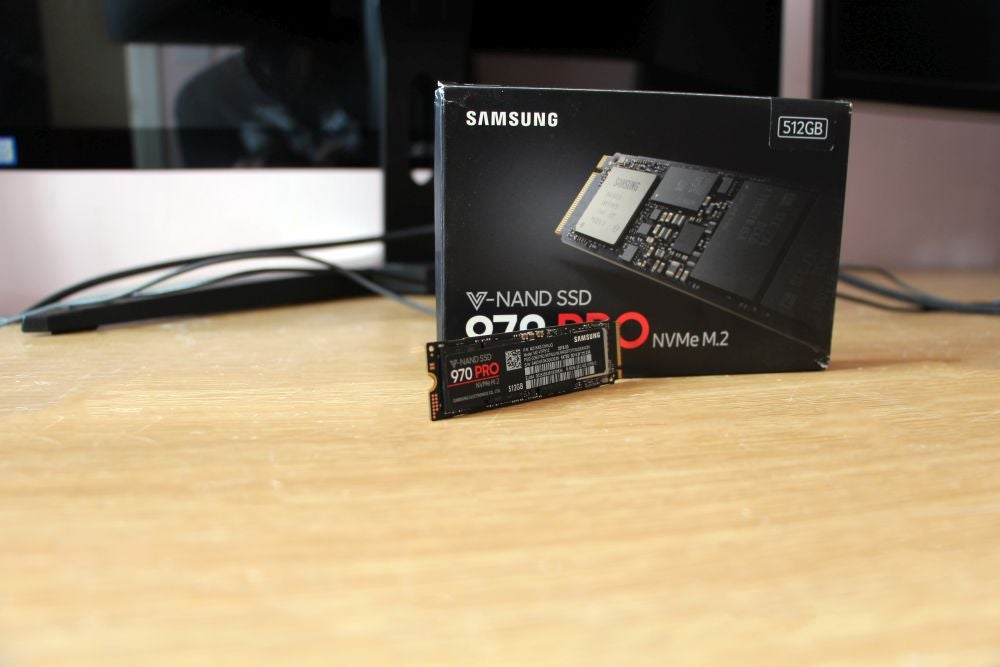 There’s a lot to like about the hardware, despite the high price. Changes have arrived in two key areas: the controller, and the memory chips themselves.

Let’s start with the controller. The 970 Pro is managed by a chip called Phoenix. It’s a five-core part, with one of those cores dedicated to communication with the host system. Like last year’s Polaris controller, the use of more cores mean that Samsung can keep the clock speeds down – which, in turn, means that less heat is generated. There’s also a layer of nickel that helps reduce temperatures.

The revised controller is paired with Samsung’s familiar 3D V-NAND. This has been improved, too – last year’s SSDs used 48-layer V-NAND, while the 970 Pro and 970 Evo use 64-layer memory. The technology used here is excellent, but more and more rivals are now starting to use this sort of hardware – after all, it’s been a few years since it was introduced by Samsung.

Samsung has used MLC memory inside the 970 Pro. It’s more expensive than the TLC chips found inside mother other SSDs – and inside the 970 Evo – but it’s faster, too. That’s why Samsung has chosen to slot these chips into its flagship SSD. 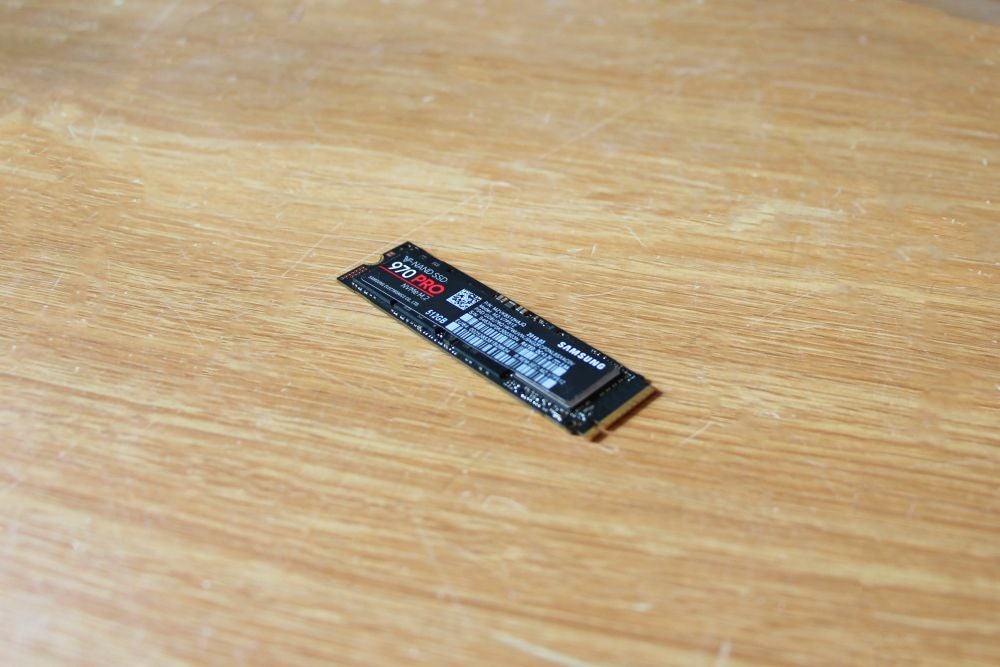 On the inside, you get 64-layer 3D V-NAND and the new controller. On the outside, the drive looks familiar. The PCB uses the 2280 form factor that every rival also uses, and Samsung has retained the layer of copper beneath the drive’s label to improve heat management.

You still get 256-bit full disk encryption with Microsoft eDrive and TCG Opal 2.0, and you still get to manage the SSD using Samsung’s slick Magician software.

Samsung’s high-end intentions mean the 970 Pro has excellent endurance levels. The 512GB model is rated for 600TB of write endurance, with that figure doubling on the 1TB drive.

Samsung’s 970 Pro delivers the familiar speed that I expect from a flagship drive – but the gap between this SSD, its predecessors and its competition is slimmer than ever.

In CrystalDiskMark, for instance, the 970 Pro returned a sequential read pace of 3567MB/s. That’s a fantastic result, but it’s essentially the same speed as the cheaper 970 Evo – and it’s only about 100MB/s faster than last year’s 960 Pro.

There’s a larger gap between the 970 Pro and the 970 Evo when reading smaller files. Its 4K read pace of 60MB/s easily beat the 49MB/s recorded by the Evo. In another CrystalDiskMark test, 4KiB Q8T8, the Pro’s 1381MB/s read speed was more than 300MB/s ahead. 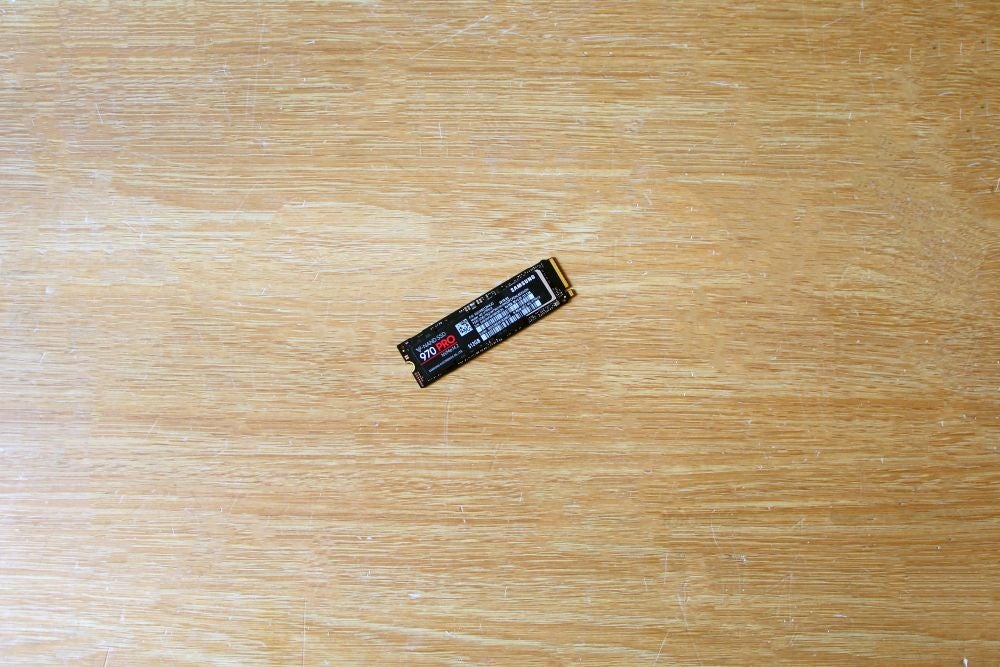 The 970 Pro did manage to outpace its predecessor, which could only manage a sequential write pace of 2157MB/s.

The 970 Pro impressed in Atto, which is a benchmark that tests an SSD’s read and write speeds across a huge variety of file sizes. 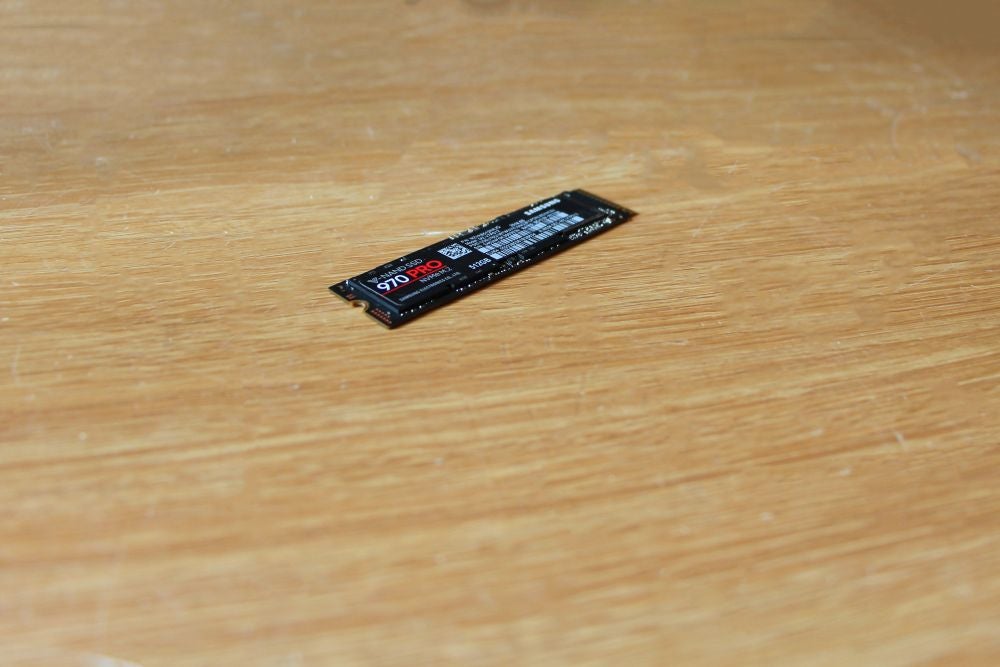 Samsung’s latest flagship SSD is one of the fastest drives I’ve ever seen, but market forces mean that it’s trickier than ever to recommend to the average user.

While it does have exceptional speed, for instance, it’s hardly faster than the 970 Evo in many tests – and in some benchmarks it’s not far ahead of last year’s 960 Pro.

The 970 Pro doesn’t streak ahead in benchmarks, but it does have far better endurance ratings than its rivals. That’s important in high-end systems where the SSD will be dealing with huge workloads.

If you are building a workstation system or another kind of high-end machine, the 970 Pro’s great speed and impressive endurance ratings justify its lofty price. For everyone else, the 970 Evo is more affordable and just as fast – and, therefore, a better option.

Samsung’s latest flagship SSD delivers familiar, huge speeds in every benchmark, but it’s barely quicker than the 970 Evo – and, in some cases, not much faster than the 960 Pro, either. The huge endurance rating goes some way to justifying the cost for workstations and high-end productivity PCs, but most other customers are better off saving cash by opting for the 970 Evo instead.