The Samsung 850 Evo has been a favourite SATA SSD for some time, smartly combining excellent performance with a great price. Now, Samsung is back with an updated version, the 860 Evo, which improves on the original and bumps up maximum storage to a whopping 4TB.

Externally, there really isn’t much to say about the 860 Evo. The 2.5-inch version I have on review here looks pretty much like any other SATA SSD, decked out in a black case. And while the M.2 and mSATA versions of the drive give the 860 Evo range flexibility, they too could pass for any other drive from a range of manufacturers. 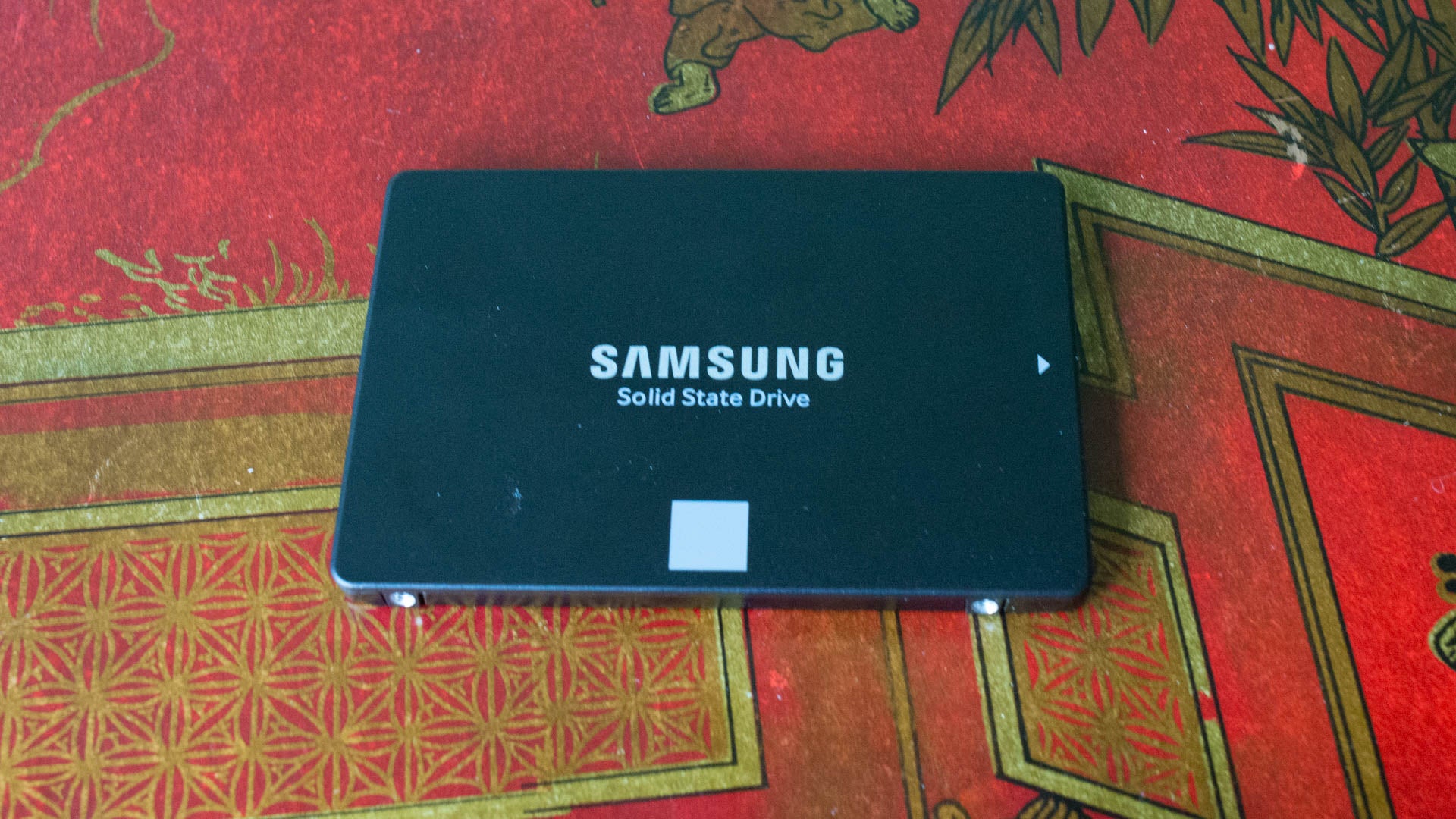 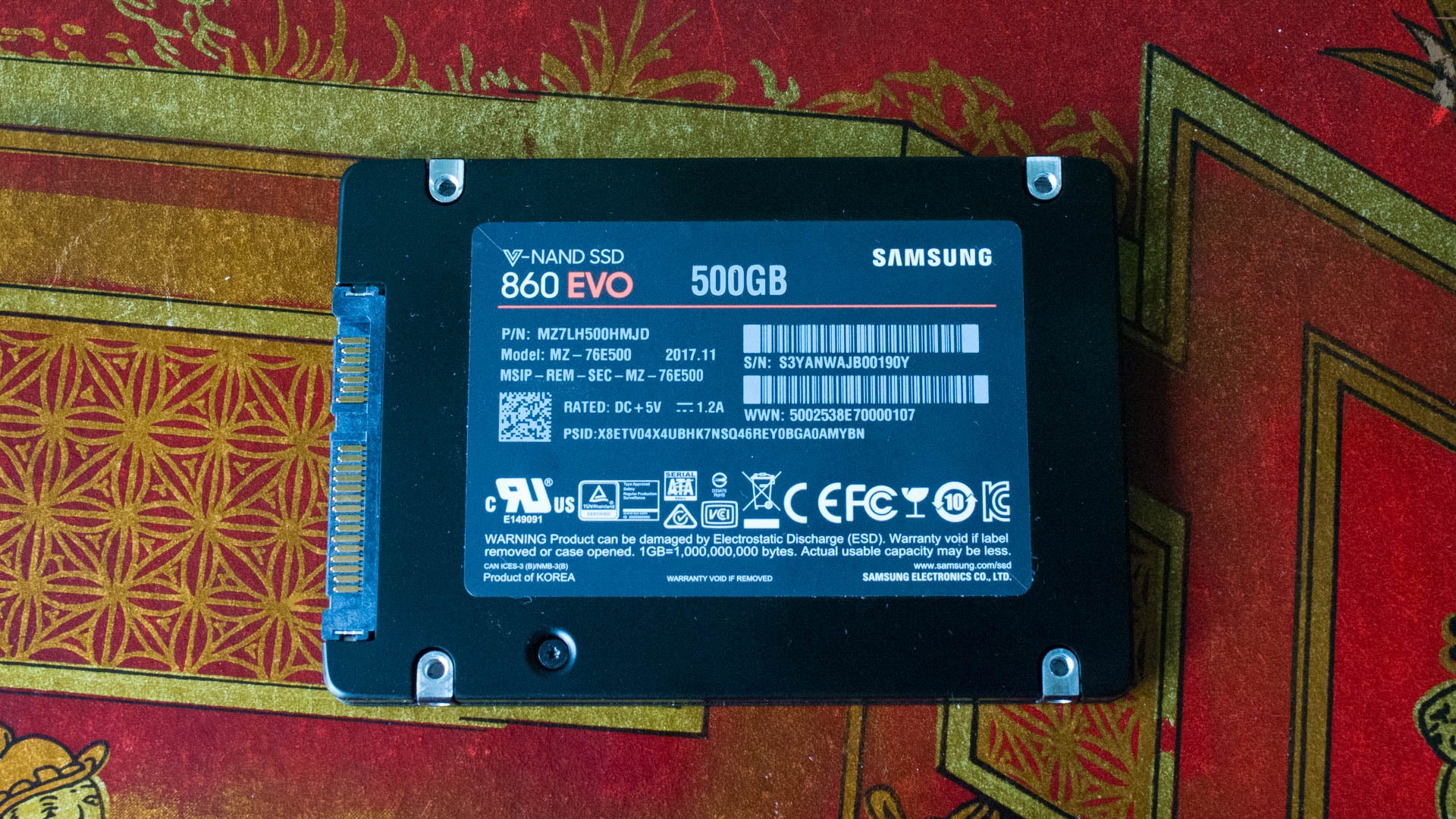 Impressively, although the high-capacity drives are expensive, the cost per gigabyte remains steady through the range, costing between 31p (2TB version) and 36.4p (250GB version) per gigabyte. Ultimately, this shows that you’re not paying over the odds for larger capacity drives.

Even so, the high-capacity 860 Evo drives are still an expensive purchase, although the 500GB or 1TB versions hit the sweet spot between price and capacity.

Samsung has switched to using V-NAND 3-bit MLC technology for storage, which is designed to be more reliable. As a result, the SSD warranty has been extended from three years with the old model to a healthy five years with the 860 Evo. Samsung promises endurance of up to 2400TB of total bytes written, which is eight times higher than the 850 Evo. Certainly, when comparing prices between the old and the new, longevity should form part of your ultimate decision.

With the SATA 6Gbits/sec interface limited to 600MB/sec, there’s only so much that can be done with a new drive. As a result, Samsung has maxed out performance across the board, promising sequential read speeds of 550MB/sec and write speeds of 520MB/sec. This is partly thanks to the new Samsung MJX Controller.

So, how does the drive perform in real tests? Testing with CrystalDiskMark, I’ve found that Samsung’s claims are spot on. Running the sequential test, I achieved a read speed of 508.8MB/sec and a write speed of 526.8MB/sec. So far, that’s very good; but other SATA SSDs have come close to this score. Switching to the tougher 4K random read/write test displayed the true power of the 860 Evo and I saw read speeds of 338.7MB/sec and write speeds of 324.2MB/sec.

As a comparison, I also tested the old 850 Evo using a 2TB version of the drive. In CrystalDiskMark, the sequential read speed of 492.4MB/sec and write speed of 523.2MB/sec aren’t far off the pace set by the 860 Evo. However, switching to the 4K random test showed the difference, and the Evo 850 managed a read speed of 318.6MB/sec and a write speed of 324.1MB/sec.

Running ATTO Disk Benchmark saw the 860 Evo perform well, too. Running with 4KB file sizes, the drive managed read speeds of 332.95MB/sec and write speeds of 314.5MB/sec. At file sizes above 64KB, ATTO reported the drive as capable of a nippy read speed of 563.94MB/sec and a write speed of 535.68MB/sec. There’s no doubt, then, that the 860 Evo is the fastest SATA-based SSD I’ve tested – but only just, thanks to the limits of the SATA interface. 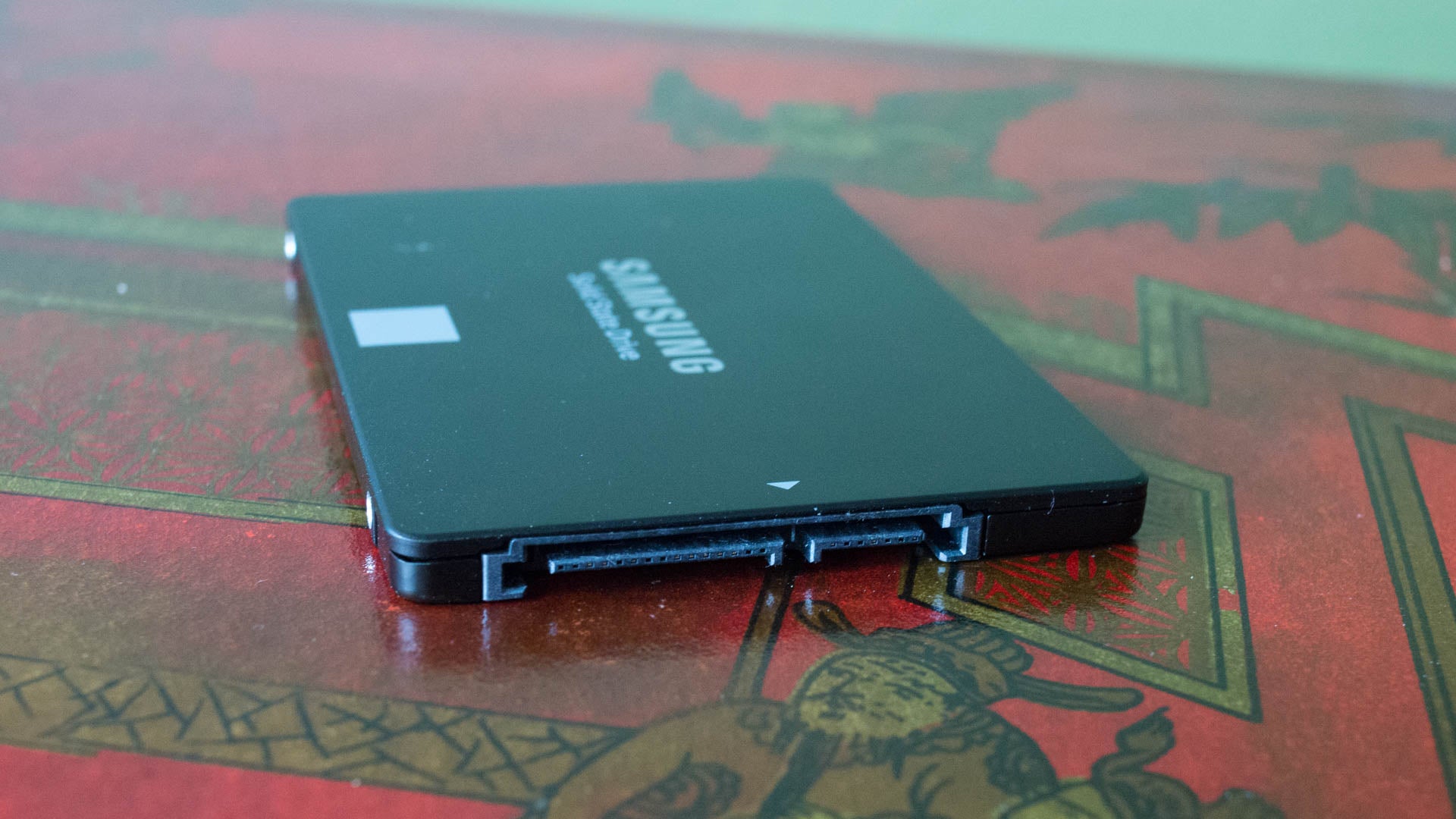 With the 860 Evo, Samsung has managed to squeeze every last drop of performance out of the ageing SATA 6Gbits/sec interface. If you have a computer with a more modern NVMe interface, you’ll achieve better performance by buying a drive to match, such as the excellent Samsung 960 Evo, which easily outperforms the 860 Evo.

That said, if you’re looking for value, or you have an older computer that can’t accept an NVMe drive, then the 860 Evo is the drive to buy. It’s a little more expensive than the older 850 Evo, with the 1TB version costing £46 more at launch. But, in my opinion, this is money well spent. Not only do you get the improved performance of the new drive, but you benefit from increased reliability too.

Samsung has pushed the ageing SATA 6GB/s interface to its limits with this fast, well-priced and ultra-reliable SSD.