In the days of 35mm film photography, many professionals chose either 85mm or 135mm lenses for portraiture. Samsung’s new NX-mount 85mm prime has the same angle-of-view as a full-frame 130mm lens and it is therefore unsurprising that the company’s launch press release described its 85mm as a premium portrait lens.

Sadly, an appropriate focal-length is not sufficient to justify such a grand claim: fortunately, Samsungs new lens has much more to shout about than this alone. Most importantly, it offers an ultra-fast f/1.4 maximum aperture setting coupled with quick and quiet auto-focusing that permits full-time manual adjustments. It also looks and feels very solid, immediately inspiring confidence in its handling and durability.

The broad manual-focusing ring is located towards the front of the lens and offers just the right amount of resistance across its approximately 100-degree throw. Manual focusing can be applied in AF mode and activates a magnified view to make critical adjustments easier to apply. There is also a purely-manual focusing mode that is most likely to be used when photographing static subjects under difficult conditions.

To the rear of the focusing ring is a focused-distance window, complete with depth-of-field markings for f/22, behind which sits Samsung’s incredibly useful i-Function collar. An i-Function activation button and a focussing-mode selector complete the lens controls. The obvious omission is any form of image stabilisation technology.

As well as a protective pouch, Samsung has included a generous hood with the lens but its surface finish is so slippery that there is a real danger of the lens being dropped if grasped by the hood. This is equally important whether the hood is fitted for use or reversed over the lens for storage, in which case it hides the entire barrel except for the two buttons at the very rear. In short, the lens hood is both a liability and an inconvenience so might usefully be put to one side.

Technical testing produced a very impressive MTF curve that remained above the critical 0.25 cycles-per-pixel level right across the aperture range save for the final one-third of an F-stop. Peak resolution occurs at f/4, achieving a remarkable 0.4 cycles-per-pixel. There was only the faintest hint of chromatic aberration on the high-contrast test target and no signs in any of the real-world photographs, which exhibited excellent visual sharpness. Taken together, these results justify a maximum 20/20 score for image quality.

The sheer size of Samsung’s 85mm f/1.4 prime means it dwarfed the NX200 body used for this review: there is also a potential issue when using a tripod as the lens barrel extends below the camera’s base-plate, making it difficult (but not impossible) to seat a large tripod plate squarely.
There is also a case for saying that a lens of this size and mass is better suited to use with a viewfinder body (such as the Samsung NX11) rather than the NX200 used here. 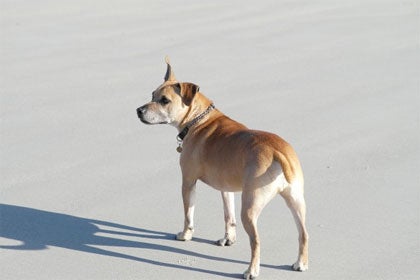 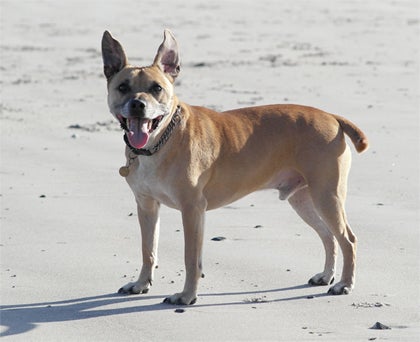 The slippery lens hood is annoying and the lack of image stabilisation is an omission that some users may resent but this is an excellent lens in its own right and truly is, as Samsung claims, a premium portrait lens that is worth of very serious consideration.