The 850 Pro got off to a reasonable start in the AS SSD benchmarks. Its sequential read and write speeds of 520MB/s and 498MB/s are among the best we’ve seen – only the SanDisk beats its in the former test. Samsung’s drive excelled in AS SSD’s small file tests, too; its 4K read speed of 38MB/s is the best we’ve seen, and only one other drive beats its pace in the write test.

The 850 Pro performed similarly well in CrystalDiskMark. In that app’s sequential read and write test the Samsung scored 545MB/s and 513MB/s – the best results we’ve seen from any recent drive, and the only SSD we’ve tested to go beyond 500MB/s in both of those benchmarks. In the mid-range 512KB benchmark the 850 Pro’s read space of 433MB/s was more mid-table, but it fought back with a best-in-class write speed of 508MB/s.

The Atto benchmark is used to measure read and write performance across a wide variety of file sizes, so it’s ideal for testing all-round speed. 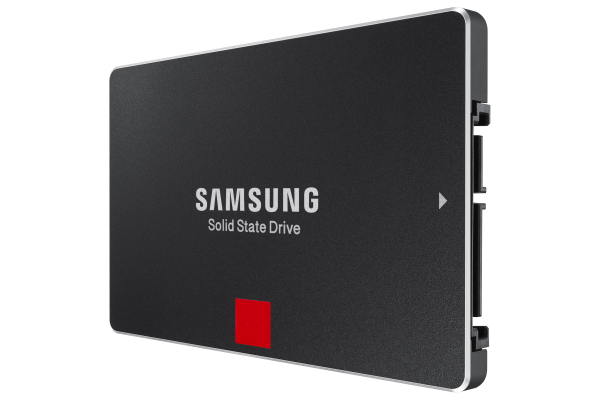 Samsung’s drive didn’t start in the lead here – when reading and writing 8KB files, the SanDisk was quicker – but it was faster than its rival when writing 32KB files and had taken the lead in both tests when we hit 64KB. From then on, the 850 Pro was dominant, besting its rival at every file size until it hit Atto’s 8MB limit.

The IOMeter benchmark is designed to evaluate how drives handle intensive workloads over extended periods of time. We’ve picked the all-in-one test, which measures general performance, and ran the test for thirty minutes.

The 850 Pro’s overall result of 7,826 was the best we’ve seen by some distance, and it topped the table in the read test, too. Its 35,253 score in the write benchmark wasn’t the best we’ve seen – that honour goes to the Crucial MX100 – but the 850 Pro was comfortably in second place.

Buying an SSD isn’t just about finding the fastest drive – there’s a lot to consider elsewhere, too. Samsung’s drive backs up its impressive endurance rating with a ten-year warranty – a deal that matches the SanDisk and beats almost every other consumer drive on the market.

Samsung isn’t so generous elsewhere. SSDs used to come packaged with all sorts of extras, from cables to external caddies, but that’s not the case here – the 850 Pro comes with nothing extra in the box.

The drive itself is a smart-looking bit of kit made of brushed metal. It’s designed using the 7mm form factor, so it’s slimmer than older SSDs – and easier to fit inside some laptops. 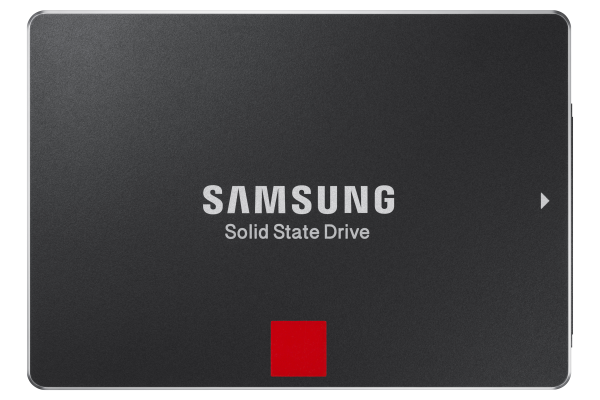 Samsung’s 850 Pro is a great example of the advantages gained by controlling your own research, development and production.

No other firm has come up with an SSD that shares the same DNA as the Samsung’s 3D V-NAND system, and the revised design of this drive pays dividends in benchmarks: it’s the fastest SSD we’ve seen in most of our tests and, when it doesn’t top the results tables, it’s usually not far behind.

The stellar performance is backed up with a great warranty and a good endurance rating. At £294 this is still one of the priciest SSDs around, but it’s worth the investment if you’ve got a need for speed.

Samsung’s drive deploys an innovative new design that helps it achieve superb benchmark results – so it’s the fastest drive on the market. It’s got a great warranty and impressive endurance, too. Cheaper SSDs will still give your PC a speed boost, but this is the drive to buy if you want market-leading performance.

Take a look at the year’s best PCs and laptops, or investigate the new AMD Radeon R9 285 graphics card