Samsung’s 850 Pro represents the pinnacle of the performance SSD market, but its position at the top of the heap is under threat: cheaper drives are offering decent performance for less cash, and new form factors such as PCI Express and M.2 are pushing the performance envelope.

One response is to increase capacities. This version of the 850 Pro features 2TB, which results in 1,863GB of formatted space. That makes it one of the largest SSDs we’ve ever seen.

SEE ALSO: Our Verdict on the Best M.2 SSDs 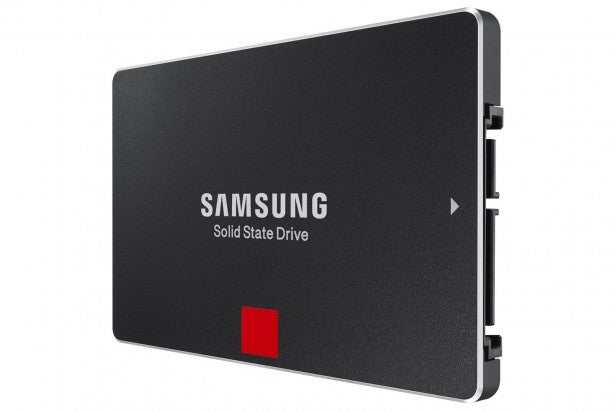 The 850 Pro is Samsung’s top-tier consumer drive, and is packed with the firm’s best technology.

Star of the show is 3D V-NAND, which was introduced with more conventional 850 Pro capacities at the start of the year. It’s a sea change for how the memory inside SSDs is ordered: instead of packing transistors horizontally, these tiny components are now stacked vertically. This results in more space for transistors, meaning Samsung doesn’t have to produce smaller transistors.

The 850 Pro uses a 40nm manufacturing process. On paper, that’s archaic compared to the sub-20nm processes used elsewhere, but it affords the 850 Pro much better performance and reliability than many other drives.

Opting for MLC, or multi-level cell, memory chips is also a decision taken with performance in mind. Here, each silicon cell can store two bits of data at once. It’s more expensive than the triple-level cell chips used in cheaper drives, but it means that more of the 850 Pro’s resources can be devoted towards getting those two bits of data in and out as quickly as possible.

The one component that has been swapped out is the controller – but, even then, it’s only a slight tweak. The new MHX chip still has the ARM-powered cores of its predecessor, but it’s been given more memory in order to cope with the increased demands of the Pro’s 2TB capacity.

The 850 Pro shares much with the cheaper 850 Evo, but it justifies its higher price with a more generous endurance rating. Its 300TB quoted lifespan is one of the best in the entire consumer SSD market, and it’s twice as long as the 850 Evo’s rating. 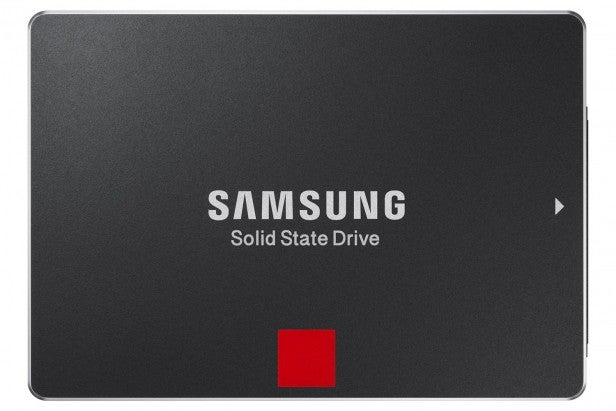 Samsung’s 850 Pro is designed for speed, but there’s very little between this drive and the 850 Evo in many of our benchmarks.

The 850 Pro’s AS SSD sequential read and write results of 517MB/sec and 505MB/sec are among the best we’ve seen from a SATA drive, but only the former is better than the Evo. When working with smaller files it could only match the Evo when reading, and fell behind slightly in the file-write tests. When the difference is only a few megabytes per second, however, you’re unlikely to notice.

Similar patterns emerged in CrystalDiskMark. The 850 Pro’s sequential read and write speeds of 546MB/sec and 527MB/sec match the Evo, it fell behind when reading files, and sped up when writing. The 850 Pro’s 512Kb read pace of 502MB/sec is 4MB behind the Evo, but its write speed of 520MB/sec was 2MB quicker.

There was little to choose between the two drives in the Atto test. The 850 Pro quickly ascended to speeds beyond 500MB/sec, and its reads and writes topped out at 561MB/sec and 538MB/sec respectively. Those results are only a megabyte or two ahead of the Evo,, but they’re among the best we’ve seen from SATA SSDs.

The 850 Pro’s only performance issue really comes in Iometer, where it returned an overall score of 5,673 I/Os per second. That’s a great result, but it’s still a few hundred points behind the 850 Evo.

The 850 Pro doesn’t deviate much from smaller capacities in benchmarks, but the hardware is limited by the 600MB/sec limit of its SATA connection. To go beyond that you’ll have to opt for an M.2 or PCI-based product, but then you’ll be exchanging capacity for speed. If it’s a drive like the PCI-based Intel SSD 750, you may end up paying an even higher price.

The 850 Pro doesn’t stray from the Evo drive in terms of performance – instead, Samsung justifies its higher price in other areas. We’ve already mentioned the Pro’s stellar 300TB endurance rating, and the drive is protected by a ten-year warranty. That’s one of the best deals in the consumer space – and twice what’s included with the 2TB Evo.

In terms of extras, though, that’s it. No screws for PC installation or a 9.5mm blanker is included in the box, so you’ll need to add the cost of such accessories to your bill. 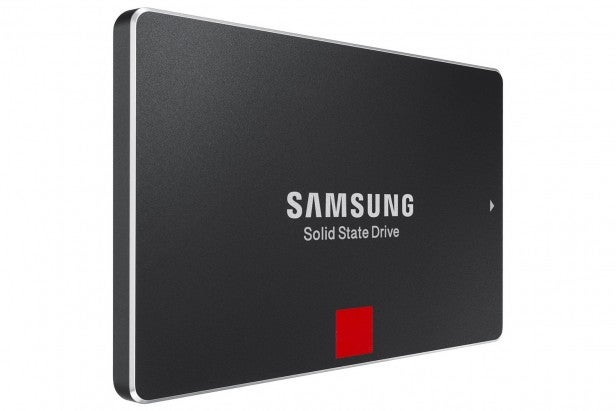 The 850 Pro is designed to be Samsung’s flagship SSD. In performance terms, however, there’s very little between the Pro and the cheaper 850 Evo – no surprise, given they use the same controller and their 3D V-NAND designs.

Instead of streaking ahead in benchmarks the 850 Pro adds value elsewhere, with a high endurance rating and generous warranty. They’re great, but they also mean the 850 Pro becomes even more of a niche product – only a few of the handful of consumers who want to buy a 2TB SSD will be interested in one with such extreme protection levels, especially given the extra cost.

If that’s you, then the 850 Pro is the best high-capacity SSD on the market. If you need its space and speed, but for less money, then 850 Evo is a fine alternative.

Check out our verdicts on Samsung’s latest mSATA and M.2 SSDs, or investigate this round-up of more conventional consumer SSDs.

The Samsung 850 Pro combines impressive performance levels with the market’s best endurance rating and warranty. But if you don’t require that level of protection, then the 2TB 850 Evo offers equivalent performance for less.