Samsung has established itself as among the top choices for SSDs in the desktop and laptop sectors, where its 2.5in Evo and Pro ranges offer among the best performance for any given price.

Now it’s bringing its latest technology to the smaller mSATA and m.2 SSD form factors aiming to make them the ideal upgrades for ultraportable laptops and small form factor PCs. Ranging in size from 120GB right the way up to 1TB and with prices starting at just £62.29 there’s an option for just about any budget.

As consumer electronics products go there a few things as mundane as an SSD when it comes to design, and that applies double when it comes to mSATA and m.2 form factors as they’re not even wrapped up in a case that can be jazzed up. 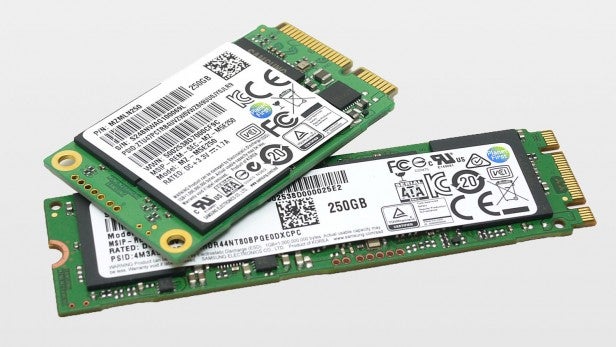 As such Samsung’s efforts are as conventional as you’d expect, with chips of various sorts mounted on a plain green PCB. What differentiates the two is the shape, with mSATA being a shorter, fatter stick and m.2 being slimmer and longer.

Instead these are ideal for use as upgrades to laptops and SFF PCs. The older mSATA standard is still used on some systems but is generally being phased out, particularly in laptops where m.2 is the favoured form factor. The likes of the Asus UX305, Alienware 15 and Dell XPS 13 all use m.2 drives.

The core technology inside these drives is Samsung’s 3D V-NAND memory. This is a different twist on the traditional NAND used in SSDs as it flips the transistors onto their side and stacks them vertically.

This allows Samsung to pack 32 cells on top of each other, making for far more densely packed storage. In turn this has power and performance advantages that mean Samsung has among the fastest SSDs currently available.

Controlling all that memory is Samsung’s own MGX controller for all but the 1TB drives, where the MEX controller is used. The former is a dual-core design while the latter is a tri-core model. 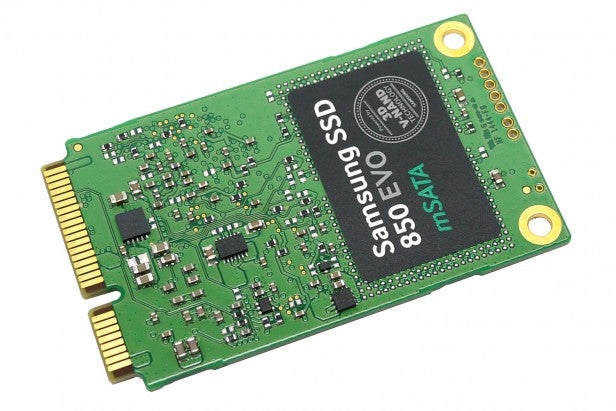 All the drives offer hardware encryption (AES-256, TCG Opal 2.0, IEEE-1667 (eDrive)) and have impressive five year warranties. Endurance levels are very good too, with the 120GB and 250GB models rated to 75TB (41GB/day) while the 500GB and 1TB drives can survive 150TB (82GB/day). These figures are well over double what you’d get with a more entry level drive.

Samsung is also offering its RAPID technology with these drives, which essentially loads up to 4GB of data into system memory for super quick access. It’s quite a useful feature, that really does provide ultra-fast performance but it’s not reflective of true storage speed and isn’t something we’d recommend for most users, so is more of a bonus extra for those that want it. 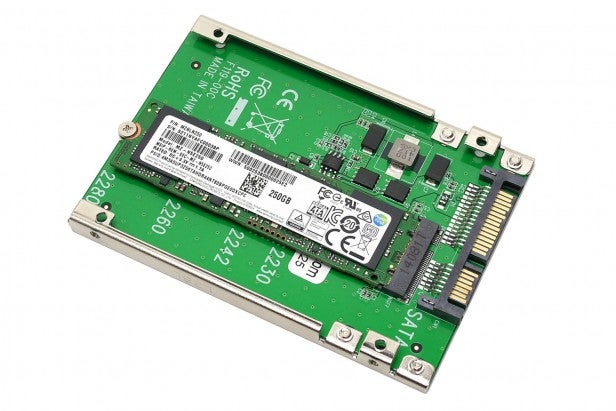 If you’re looking to buy one of these drives as an upgrade then you’ll also probably need to get hold of an appropriate drive caddy to copy your data across. Generally this will be in the form of an mSATA or m.2 to SATA caddy which you can then either plug directly into a SATA port on your desktop PC or use with a USB to SATA adapter. For instance, in our testing we used the Startech drive adapters which can be had for about £20 each.

Next
Samsung 850 Evo mSATA and m.2 – Performance and Verdict Review