Samsung leads the way at the top end of the consumer SSD market thanks to its control of every aspect of the research, design and production of its drives. This advantage was amply demonstrated by its most recent 850-series drives that offer excellent performance and value.

The 850 Evo was a more balanced version of the benchmark-busting 850 Pro, and now it’s been super-sized to become one of the largest SSDs we’ve ever seen. 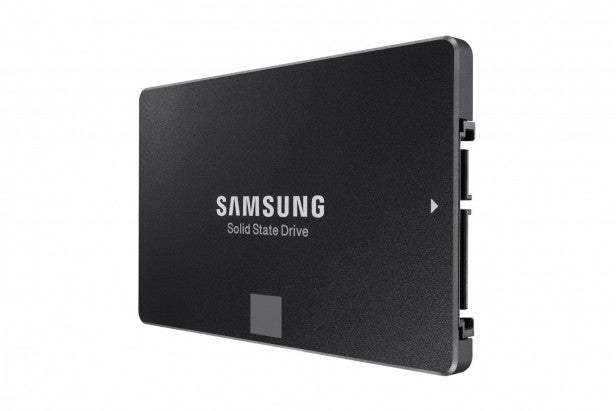 Aside from the huge capacity, there isn’t much about the Evo’s design that’s changed. The key hardware is the 3D V-NAND, which debuted in the 850 Pro. It’s a simple manufacturing concept that’s proved effective: the individual transistors that make up the memory chips are stacked vertically as well as horizontally.

That releases Samsung from the miniaturisation pressures that previously governed SSD design, allowing for the use of larger transistors to build the chips. The end result is fewer electricity leaks and better performance, since there’s no need to squeeze tiny transistors into minuscule spaces. A look at the manufacturing process illustrates the impact of 3D V-NAND – the transistors here use a more capacious 40nm manufacturing process, while traditionally built drives rely on 20nm or smaller processes.

Samsung’s 3D V-NAND is used on its mid-range Evo drives and its high-end Pro products, but the 850 Evo’s price is kept down in comparison by its use of TLC memory chips. These chips are triple-cell – each individual cell stores three bits of data – so fewer chips are needed to produce the same capacity as the MLC cells in the 850 Pro, which store only two pieces of information in each cell.

Samsung’s MHX controller is similar to the firm’s previous chips, but it’s been bolstered with some extra memory so it can effectively handle such a high-capacity drive. Elsewhere, it’s business as usual: that controller is powered by ARM technology, and the Evo drive has 256-bit AES encryption, TCG Opal 2.0 and Rapid Mode 2.0, which uses a chunk of the PC’s memory as a cache for the SSD, so popular files can be accessed with more speed.

The 850 Evo leaves the factory with an endurance rating of 150TB. That’s the same rating as the 500GB and 1TB versions of the Evo. And it’s decent – it matches the smaller 850 Pro drives. But when stacked up against the 2TB 850 Pro, it falls short; that drive is rated for a mighty 300TB.

SEE ALSO: Our Verdict on the Best M.2 SSDs 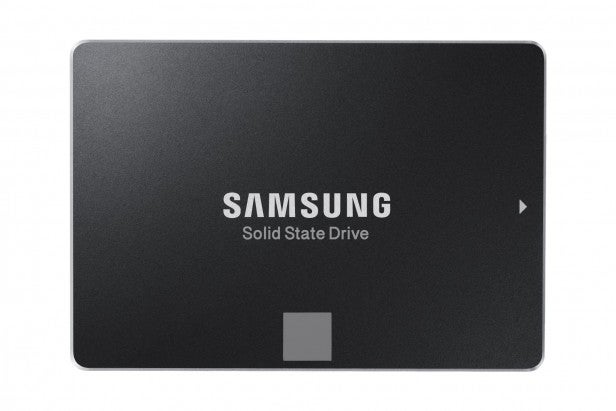 The 2TB 850 Evo didn’t let the side down in benchmarks. Its AS SSD sequential read and write speeds of 512MB/sec and 505MB/sec are barely behind and a little ahead of the 850 Pro respectively. The Evo keeps up in small file tests, too – and in a couple of those it’s actually a few megabytes faster.

Its best performance here came in the 4K 64 write benchmark, where its 319MB/sec pace was 8MB quicker than the 850 Pro. It also proved a few megabytes faster than the smaller 850 Evo we reviewed in early 2015.

There wasn’t much to choose between the drives in CrystalDiskMark, either. The 850 Evo and Pro recorded near-identical read and write results. The Evo was a little quicker when reading small files and only a couple of megabytes slower when writing.

It only fell behind a little in Atto’s file-reading tests but, even then, its top speed of 559MB/sec isn’t far off the limit of its SATA 3 port. In Atto’s file-writing tests it was just as fast as the Pro. It got up to speed quickly, too; even when working with tiny 8Kb files, its reads and writes sat at a rapid 432MB/sec and 396MB/sec.

Our final test, Iometer, evaluates performance over a longer timespan, and here the 850 Evo was impressive. Its 5,961 total IO figure was better than the 2TB Pro drive, and has been outpaced by only a handful of smaller SSDs.

The 850 Evo had no real weaknesses in our benchmarks – in several tests it matched or snuck ahead of the Pro version of Samsung’s drive; it rarely fell behind. To get faster storage, you’ll have to sacrifice space for one of the smaller Pro drives, or go beyond SATA with an M.2 drive or a PCI device such as the expensive Intel SSD 750.

This drive might cost a mighty £600, but don’t expect much in the box. There’s no 9.5mm blanker or screws included as part of the package. That, disappointingly, is the status quo in the current SSD market.

The five-year warranty is decent, and sits towards the top of what’s currently offered in the market. However, here it’s the 850 Pro that’s victorius; its coverage lasts for an impressive ten years. 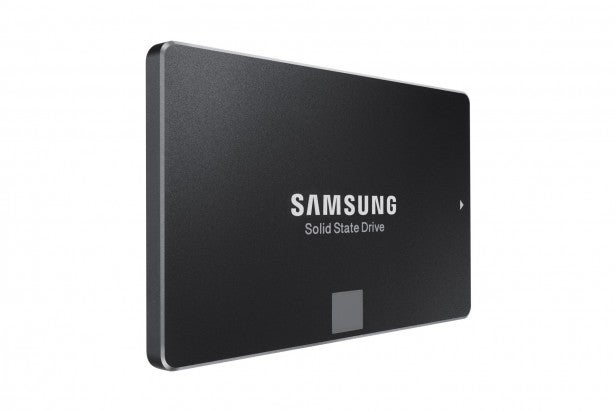 There’s no denying that the 850 Evo is an impressive bit of kit, with rapid performance maintained across the biggest SSD we’ve ever seen. However, there’s also no arguing that this drive is hugely expensive – and that means it is likely to remain a niche product.

The £731 Samsung 850 Pro has a better endurance rating and warranty, but the 850 Evo matches the more expensive SSD for speed. If you’re one of the few out there who needs such a huge SSD then we’d opt for the Evo.

Not convinced by the expensive 850 Evo? Take a look at our latest component reviews, or explore the mSATA and M.2 versions of this impressive drive.

The Samsung’s 2TB version of the 850 Evo offers superb capacity and it virtually matches the 850 Pro drive for speed. If the better warranty and endurance rating of the Pro are a non-issue for you, then this is the SSD to go for.