Saitek is not the first company to launch a device that is supposed to replace the keyboard for gamers. Belkin has offered the Nostromo Speedpads for some time and some of you might remember the Claw from Australia. However, the Pro Gamer Command Unit – PGCU for short in this review – differs from the above by having more keys – backlit ones at that – while also being extremely customisable and it’s got a mini hat switch.


Let’s start with the keys; there are no less than 21 of them, although the 21st is a shift key that allows for two functions per button. The silver coloured keys are backlit and seem like they’ve almost been borrowed from the Eclipse Keyboard. As with the Eclipse the keys are actually made from clear plastic and have been given a coating of silver paint. This means that the numbers on the keys are lit through by the backlight, which makes them easier to see in the dark. However, this only applies to key 1-14, the rest aren’t backlit. Keys 2, 5, 6 and 7 have the W, A, S, D and arrow key directions printed on them. I would have liked some kind of a notch on one of them to make it easy to locate them without having to look at the PGCU. 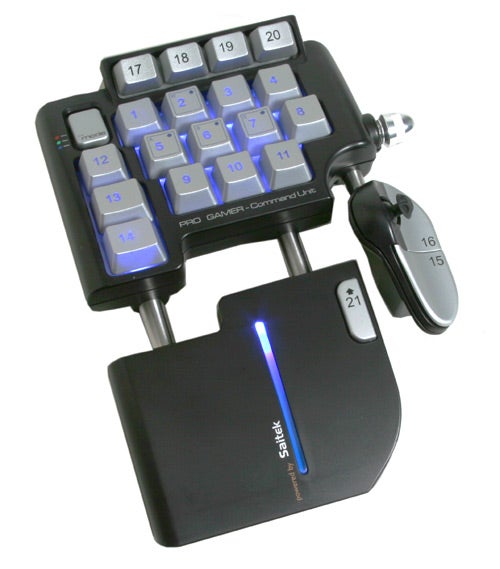 For once your thumb will end up doing more than just hitting the space bar as the PGCU has two thumb buttons, as well as that mini hat switch to make you work your thumb muscles. Saitek is the master of adjustable joysticks and some of that technology has gone into the PGCU. This means that the thumb pad can be moved in/out and be tilted from side to side. So depending on the size of your thumb and your personal preference the thumb pad can be adjusted for comfort and easy of use.


The palm rest has a blue LED in the top of it and a blue plastic stripe running down it which the LED lights up. This is also were the shift key is located and you press it with the palm of your hand. What I’d really liked to have seen here is an adjustable palm rest, as I found the angle and the distance between it and the keys to be slightly uncomfortable.

A pretty useless feature can be found in the palm rest, which is a Saitek logo which is projected on your desk in red. The problem is that it only works well in the dark, while your wrist ends up hiding it anyway. The USB cable deserves a quick mention, it’s about 1.8 metres long, so you’ve got plenty of cable to connect the PGCU to your PC, even if you’re using a large screen and sitting on your sofa.


A mode switch is located just above key 12 which at first seems to be used for changing the backlight colour of the PGCU from blue to green and then red. But this is not its main purpose, moving this switch changes between the user defined mode to one of two pre-programmed modes. These are FPS and RTS – First Person Shooter and Real Time Strategy. 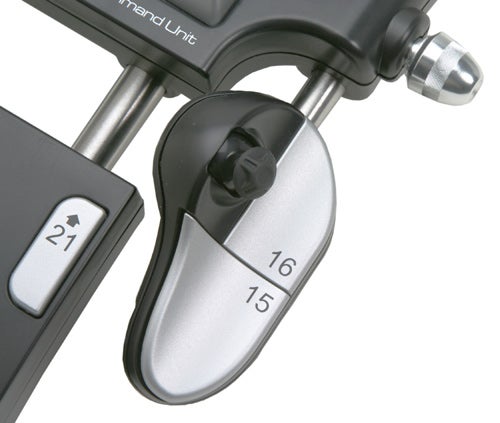 Using the pre-set modes you can get the PGCU up and running with most games without having to mess around with software. Now if you’re as lazy as I am you’re not going to want to make your own profiles for every game you’ve got. Luckily you don’t have to, as Saitek has a set of ready made profiles for a fair few current games on its website, ready for download – hopefully more will follow. Oddly enough there is also a profile for Microsoft Office – beats me why you’d want that.


Programming the PGCU is fairly straightforward. Start the Profile Editor; select the key you want to program by pressing it or selecting in the software and then press the key or keys on your keyboard that you want to associate with it. There are more advanced programming options and the ability to create macros as well. You can even create timed key presses, so if you know that you want to move forward for five seconds and then left, you can record this as a single key press.

You can also reconfigure the buttons in the software, maybe not the most useful function, but at least it allows you to easily swap your configurations around. A second application that allows you to test all the buttons on the PGCU is also supplied, but that’s all it does.


So how is it to use the PGCU? Well, as I mentioned earlier, it’s not the most comfortable device I’ve used and the weird angle doesn’t work for me. It might reduce RSI for some, but I still prefer a keyboard. I also found the keys to be too stiff and the top row of keys is just too hard to reach. The mini hat switch is also pretty useless in most games as they don’t support it. It can be used to emulate a mouse, but pressing it inwards doesn’t allow you to use it like a mouse button with the current software and it’s not as precise as a mouse anyway. 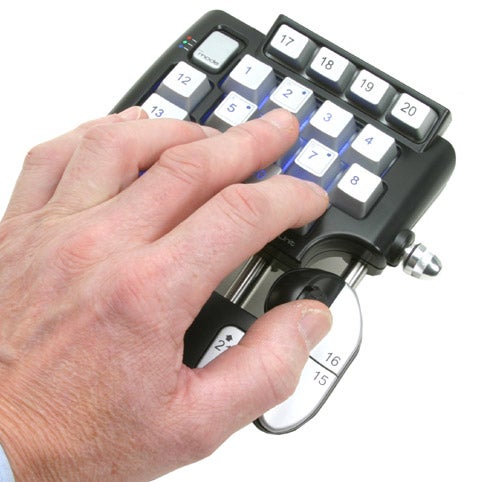 Using the PGCU in something like World of Warcraft – with the profile loaded – or any other MMORPG game can be frustrating, as you constantly end up typing messages to other players. This means that you end up swapping between the PGCU and your keyboard, while you could just as well use your keyboard at all times. Besides, it’s awkward to remember what each of the key does, this might seem odd, but I seem to remember key maps far easier on a keyboard. It seems like the PGCU was designed for single player games, but unless you play games were you really need a lot of macros I fail to see the attraction.


At £39.99 you’d be better of getting a new keyboard like the Eclipse and save the change. It’s not a useless device by any means, and there may be people out there who will love it, but if it’s meant to enhance my gaming, it doesn’t.


The Saitek Pro Gamer Command Unit looks cool, but it is trying too hard to do what a keyboard already does. It’s quite expensive.