We go hands-on with the first ever Sailfish smartphone

Sailfish OS is one of the most interesting beasts to emerge from smartphone waters in recent years. For those that missed the boat, Sailfish OS is the brainchild of startup Jolla, which was founded by a bunch of ex-Nokia engineers a few years ago.

The all star team caused quite a stir when it first unveiled the OS, but has since suffered numerous setbacks. The first device to run Sailfish OS, the Jolla Tablet, failed to wow critics and the firm has run out cash more than once.

However, unperturbed the Jolla has bounced back and teamed with Indian tech powerhouse Intex to create the first ever Sailfish smartphone, the Aqua Fish.

4 things you need to know about the Aqua Fish

1) It has Super Apps
Sailfish is an open source OS based on the Linux MeeGo operating system Nokia used on its N9 smartphone.

Super Apps are integrated into the OS code and are accessed when you swipe left or right from the phone’s home view. From what I’ve seen they are similar, to the eCommerce services seen on Amazon’s Fire Phone.

On the Aqua Fish, which is focused on the Indian market, Super Apps included Gaana, one of India’s most popular music services, and the Snapdeal eCommerce platform.

These include basic swipes to navigate between menus and a few hidden shortcut commands. For example, dragging your finger down from the centre of the screen will reveal what actions you can take within the application you’re running, while swiping up will bring up the app tray.

2) Android apps work on it, sort of

Because Sailfish runs the same Linux kernel as Android, you can install some Android apps onto the Aqua Fish. However, be warned you can’t get access to the fill Google Play store.

You can only get the apps via Android app store fronts like Aptoide, Appstor and Yandex.Store. The central Google Play Store isn’t supported.

3) It’s super cheap
The Aqua Fish targets the affordable end of the smartphone market and will retail for “around” $120 US. Despite being cheap it has a pretty neat looking orange design and reasonably impressive specs, at least for the price.

The 5-inch 1080p screen, while far from matching the dizzingy awesomeness of Samsung’s Galaxy S7, looks arlight and is about on a par with the Moto G’s, from what I’ve seen. The unspecified 1.3GHz quad-core processor and 2GB of RAM also match other handset in the Aqua Fish’s price bracket.

4) But you’ll probably never get to play with it
If all of the above has piqued your interest, I’m sorry to say, you’ll likely never get a chance to play with the Aqua Fish if you live outside of India. Intex currently has no plans to sell the phone anywhere but its home market. 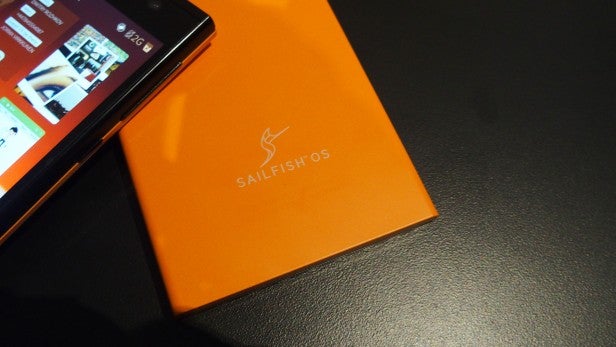 The Aqua Fish has a colourful design 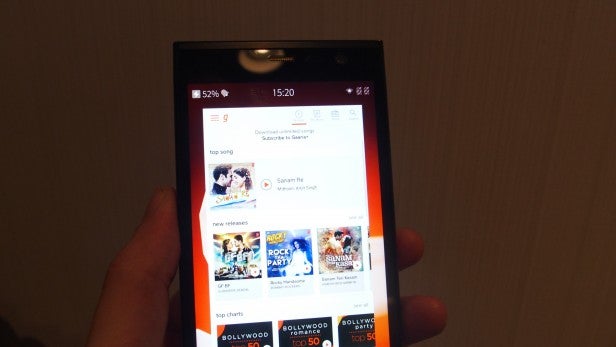 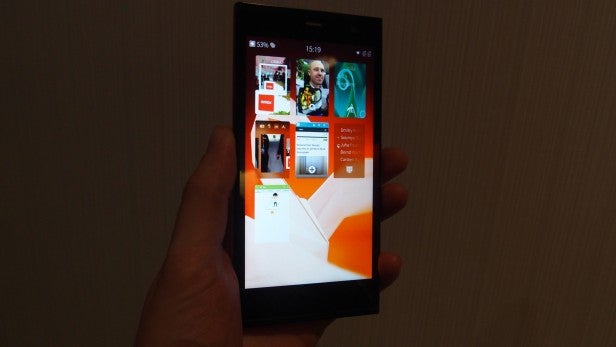 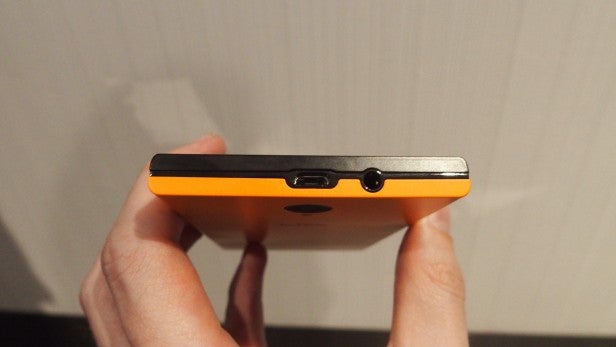 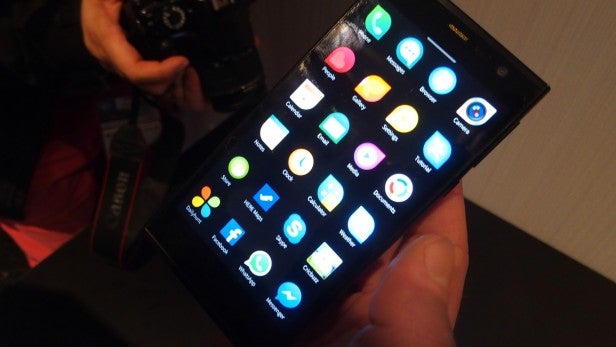 But it’s app selection is reasonable

Despite its rough road to market, Sailfish OS still looks great and the Intex Aqua Fish is an excellent example of what it can do. I can see the regional focused Super Apps being  a big hit with companies and consumers alike and found myself oddly enraptured with the OS innovative gesture command system.

With Fairphone set to release a Sailfish OS version of the Fairphone 2 in the near future I can see Sailfish OS carving itself a small following within the Linix community and developing markets.