What is the Sage Smart Toast 2 Slice?

The Sage Smart Toast 2 Slice is a compact toaster with a motorised lift – so your bread descends at the touch of a button and then ascends as toast.

This flash feature is backed by quality toasting: the browning is impressively even. I’m also a fan of the “a bit more” function. For a two-slot toaster it’s pricey, however. 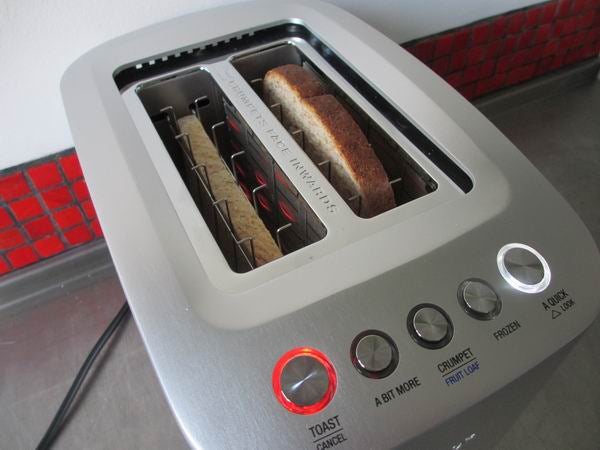 The Sage has a boxy design in a brushed-metal finish. A cable tidy on the underside is able to house a cable 1m in length from the controls end and 80cm from the other end.

The Smart Toast 2 Slice has two slots, each measuring 14 x 13 x 3.5cm. Holding a 3cm sourdough doorstep is no problem for this toaster.

Browning is set by a sliding control that runs from 1 to 6, but you can position it anywhere on that sliding scale. This controls both slots at once. 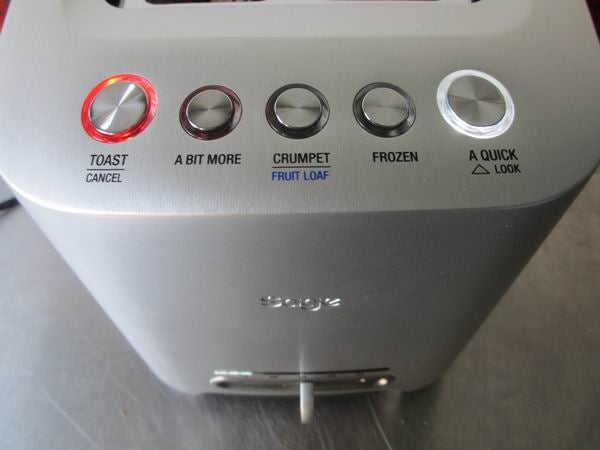 There’s no lever to lower the toast: instead the Sage has a motorised lift. Press a button to start toasting and the bread is lowered into the slot. Then the toast ascends automatically when it’s done.

Other buttons on the toaster include “A bit more”, which lowers the toast if you want it slightly browner and a “A quick look”, which enables you to inspect progress without disturbing. Buttons for defrosting/toasting bread straight from frozen and for toasting crumpets are also present.

The crumb tray is accessed from beneath the controls at the front and the toaster’s feet are good and grippy. 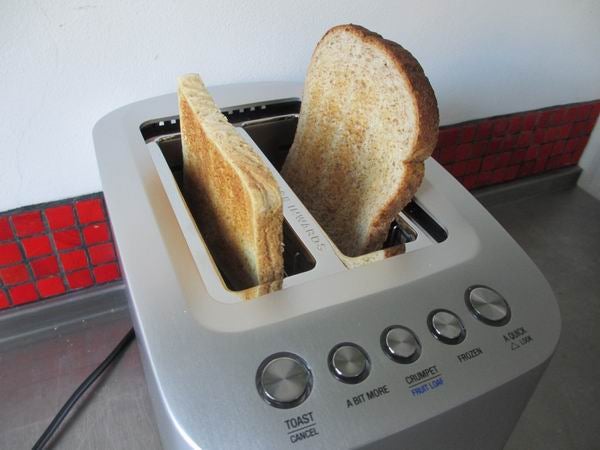 Sage Smart Toast 2 Slice – What’s it like to use?

The Sage looks fantastic, but initially I wasn’t particularly impressed when slotting in the bread. The two slots aren’t quite long enough to hold a large slice of bread  horizontally. This meant that it had to be placed in the toaster vertically. Would the top of the slice go unbrowned?

The Sage’s motorised lift feature is similar to that on the Morphy Richards Redefine Glass Toaster. The bread decends into the toaster, where it’s gripped in place. Then the Sage got toasting, with the row of lights above the browning controls giving a visual indication of progress. 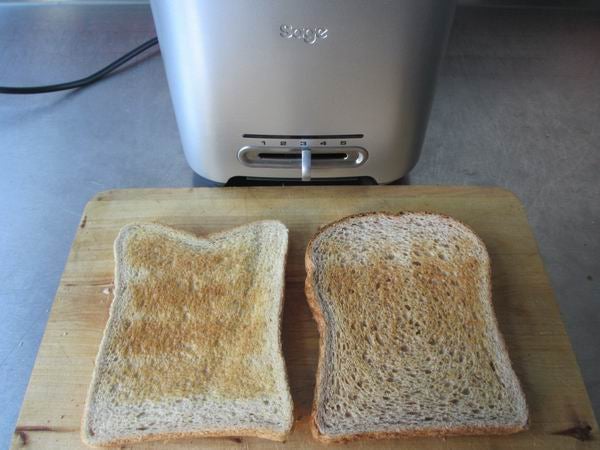 At any time you can press “A quick look” to take a quick peek at progress; the toast comes up and then goes back down automatically.

The Sage lifts the toast automatically and beeps when it’s done. And how beautifully done it was! The browning was perfect, even at the top of the slice, which we thought may be underdone. Only the Morphy Richards and the Dualit Brushed Architect Four-Slice Toaster offers comparable browning. 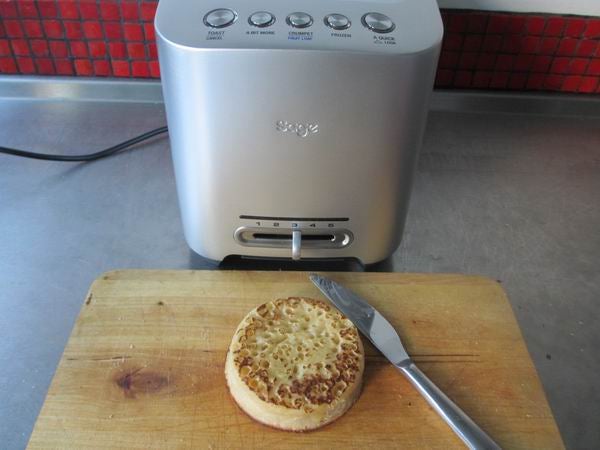 If toast isn’t quite done enough for your taste, use the “A bit more” button to continue toasting for a further 30 seconds.

The crumpet button was good too. It cooked my crumpet a bit lighter than I’d have liked – but Heston Blumenthal knows best, and it did indeed taste delicious.

However, in such a hi-tech, expensive model, is it too much to wish for a machine that knows when you’re using only one slot to toast a single crumpet? It seems like Sage, which prides itself on reinventing kitchen appliances, has missed a trick. 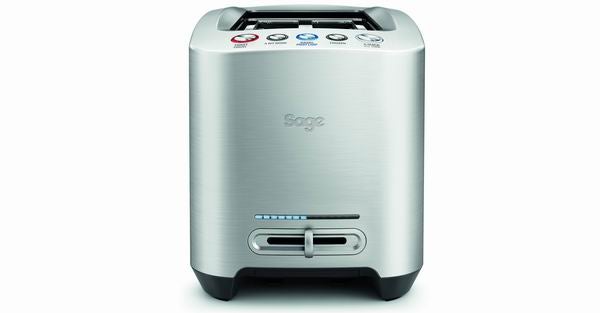 Should I buy the Sage Smart Toast 2 Slice?

Maybe. The Sage is impressive – both in terms of gadgety features and even browning – but it’s pricey for a two-slot toaster, especially since those slots aren’t particularly generous in size.

If you want even toasting and great features, but aren’t bothered about the motorised lift function, then opt for the Dualit Brushed Architect Four-Slice Toaster – four slots for less money. If you love the idea of the motorised lift then consider the even pricier Morphy Richards Redefine Glass Toaster. And if you just want a good toaster then the Hotpoint TT44EAX0 is very impressive.

Fancy features and even browning impress, but this two-slot toaster is a bit too pricey to get top marks.