What is the Fast Slow Pro?

Part pressure cooker, part slow cooker and all-round kitchen helper, the Fast Slow Pro will revolutionise mealtimes. Not only can it create speedy stews and perfect slow-cooked pot roasts, its programme options include everything from Bolognese and lamb shanks to steamed puddings, rice, veg and risotto.

Its biggest appeal, however, is its versatility. With the Fast Slow Pro you’ll be able to plan delicious, healthy dishes in advance so dinner will be ready the moment you walk in the door, or quickly whip up a dish that isn’t a microwave meal. It even comes into its own at weekends, allowing you to batch cook flavourful stocks, casseroles and soups for the freezer. 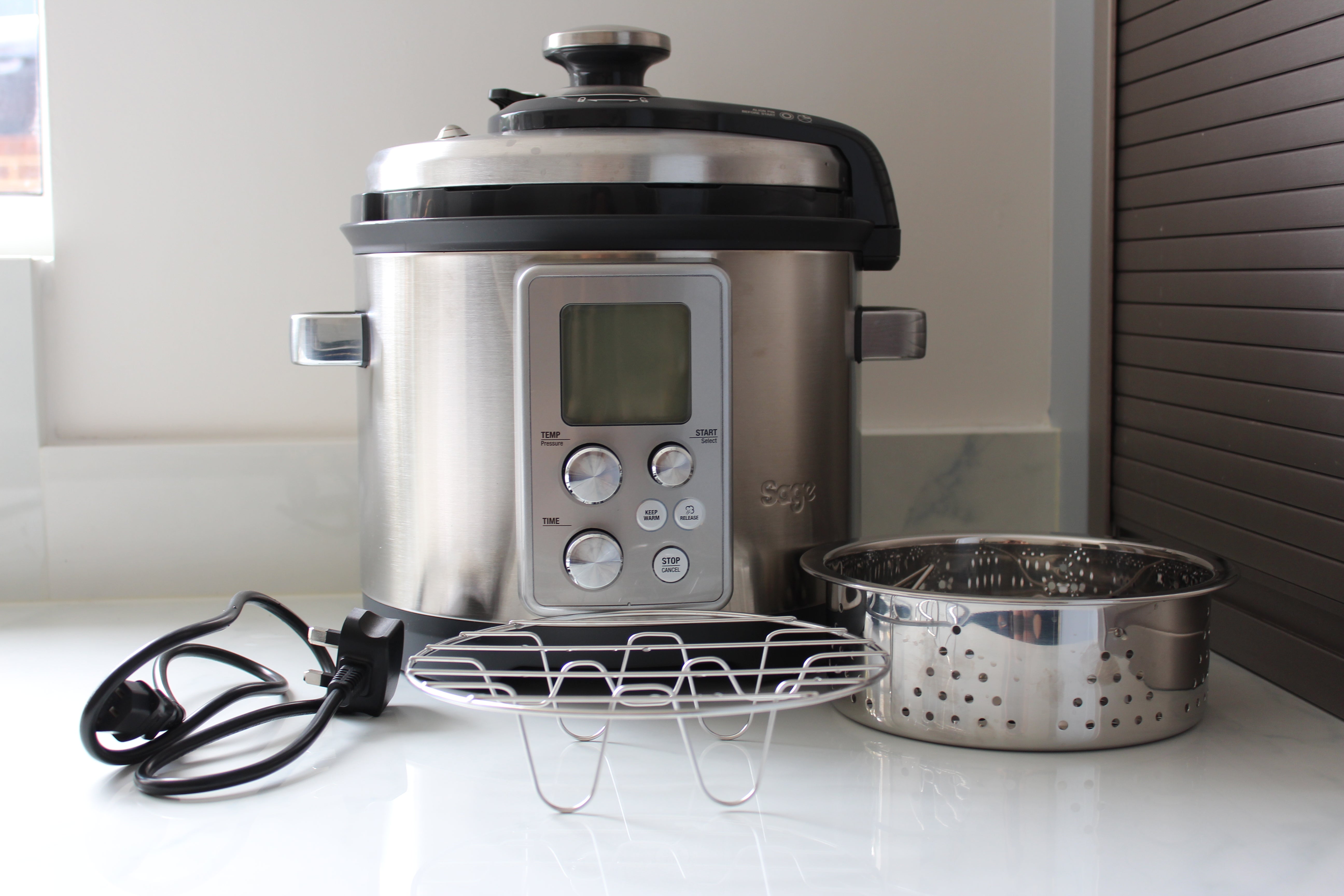 In general, one-pot cookers look pretty similar, but the Fast Slow Pro has several features that set it apart in the design department. These include chunky side handles that make it easy to move around and an interactive LCD panel to keep an eye on progress.

On the top is a removable lid that includes a pressure release valve as well as a safety valve and a silicone seal that pops out for cleaning. Any condensation that occurs during cooking drips into a wide moat, preventing puddles on the worktop. Inside, a ceramic-coated bowl sits on top of a sensor, which, together with a sensor at the top, ensures accurate temperature and pressure.

The controls are intuitive – there are three dials for altering time, temperature/pressure and choosing a programme, and three buttons for keeping food warm as a standalone option, releasing excess pressure and stopping a function. Each programme can be toggled, with slow cooking settings ranging from 2-12 hours on either high or low and 11 pressure-cooking programmes plus a custom option. You can also choose to sear, sauté or reduce recipes, steam using the basket or rack, and select how you’d like the pressure released. A detachable power cable and accessories can be stored inside after use. 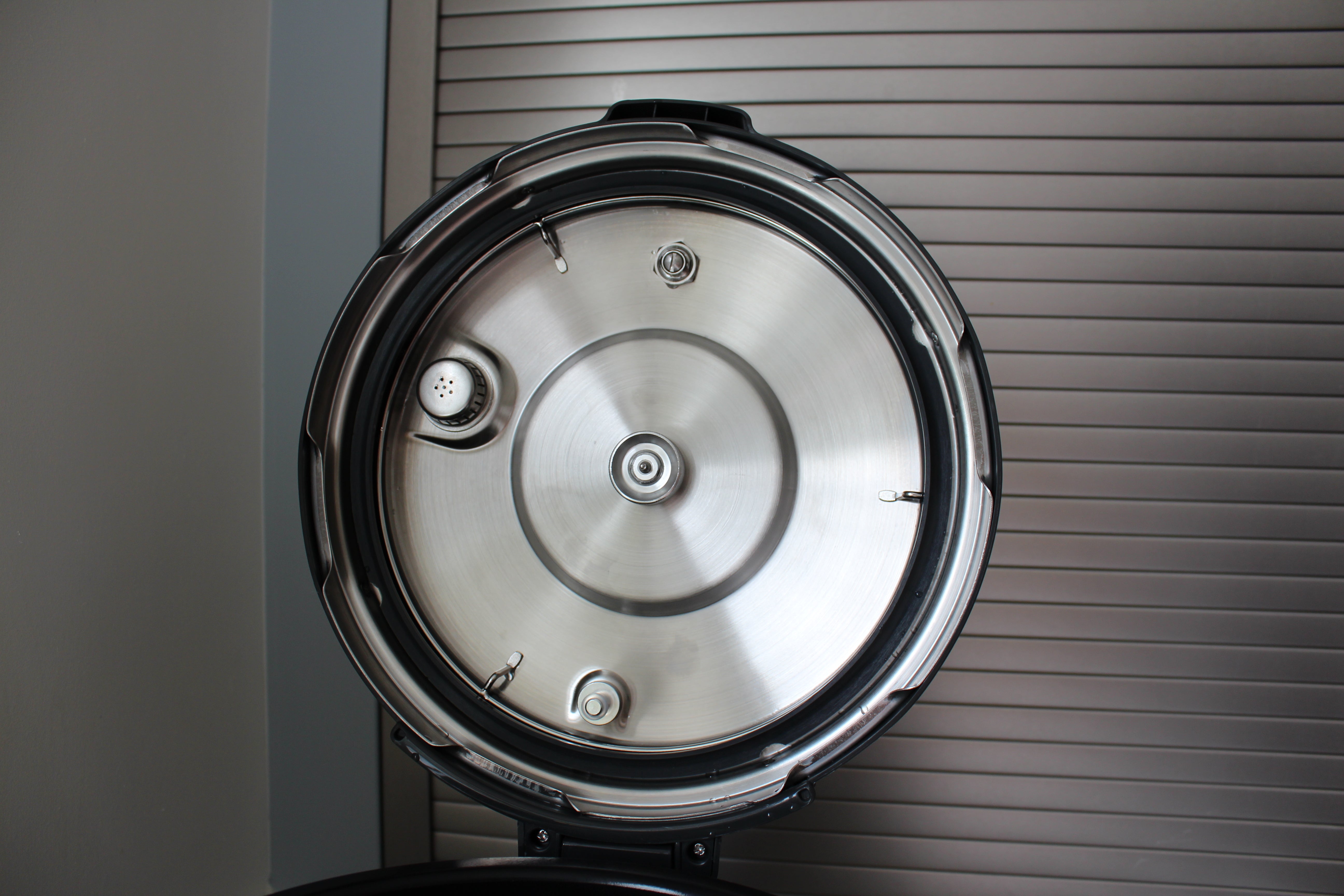 Like many appliances with a pro angle, the instructions feel exhaustive, even though the cooker is pretty straightforward in use – although, for pressure-cooking perfectionists, there’s even a way of inputting the altitude of your location. The included recipe book felt more approachable and had tips for getting the most of out of the cooker.

I started by making Beef en Daube, using the Sear setting to brown chunks of meat then onion. While the cooker took around five minutes to heat up initially, once it was at the right temperature, it remained consistently hot. An indicator to denote the cooker had reached the correct temperature would have been useful, as would have an option to lower the temperature slightly to prevent oil spitting. Its count-up timer showed how long I’d been searing, which was handy for keeping to the recipe timings. Once I’d added wine and tomatoes and closed the lid to lock, I selected the pressure-cooking setting for Casserole at 80kPa with an Auto Quick steam release (to minimise overcooking). While the programme was only 30 minutes long, it took about 10 minutes for the Fast Slow Pro to reach pressure and begin cooking, with additional minutes at the end to release it. I also had to use the release button since the lid wouldn’t open at first. The meat was incredibly tender and fell apart. The sauce needed simmering using the Reduce function since pressure cooking doesn’t allow for evaporation.

I also attempted to use the pressure-cooking Custom programme to steam an artichoke using the rack above water on 80kPa for 10 minutes and Auto Pulse release. However, this resulted in an overcooked artichoke with the stem disintegrating – some methods may need adjusting.

Next, I used the Fast Slow Pro to cook a whole chicken. Starting with the Sear setting, I browned the chicken on both sides. It was awkward turning it due to the bowl’s depth. Selecting the slow cook Pot Roast programme on High, I filled the bowl with water, and set the chicken on the rack. I left this to cook for four and half hours, which resulted in juicy, moist meat that came off the bone with ease. The carcass could be pulled apart with no need for carving.

Once cooled, I used the carcass to make stock along with vegetables, water and seasoning. Adding everything to the bowl, I chose the slow cook Stock setting on Low for six hours. Once the time had elapsed, I strained the liquid. The finished stock was aromatic and rich in flavour. Making it this way was easier than bubbling bones on the hob.

All parts of the Fast Slow Pro can be cleaned in the dishwasher, but even if washing by hand, everything was easy to clean. 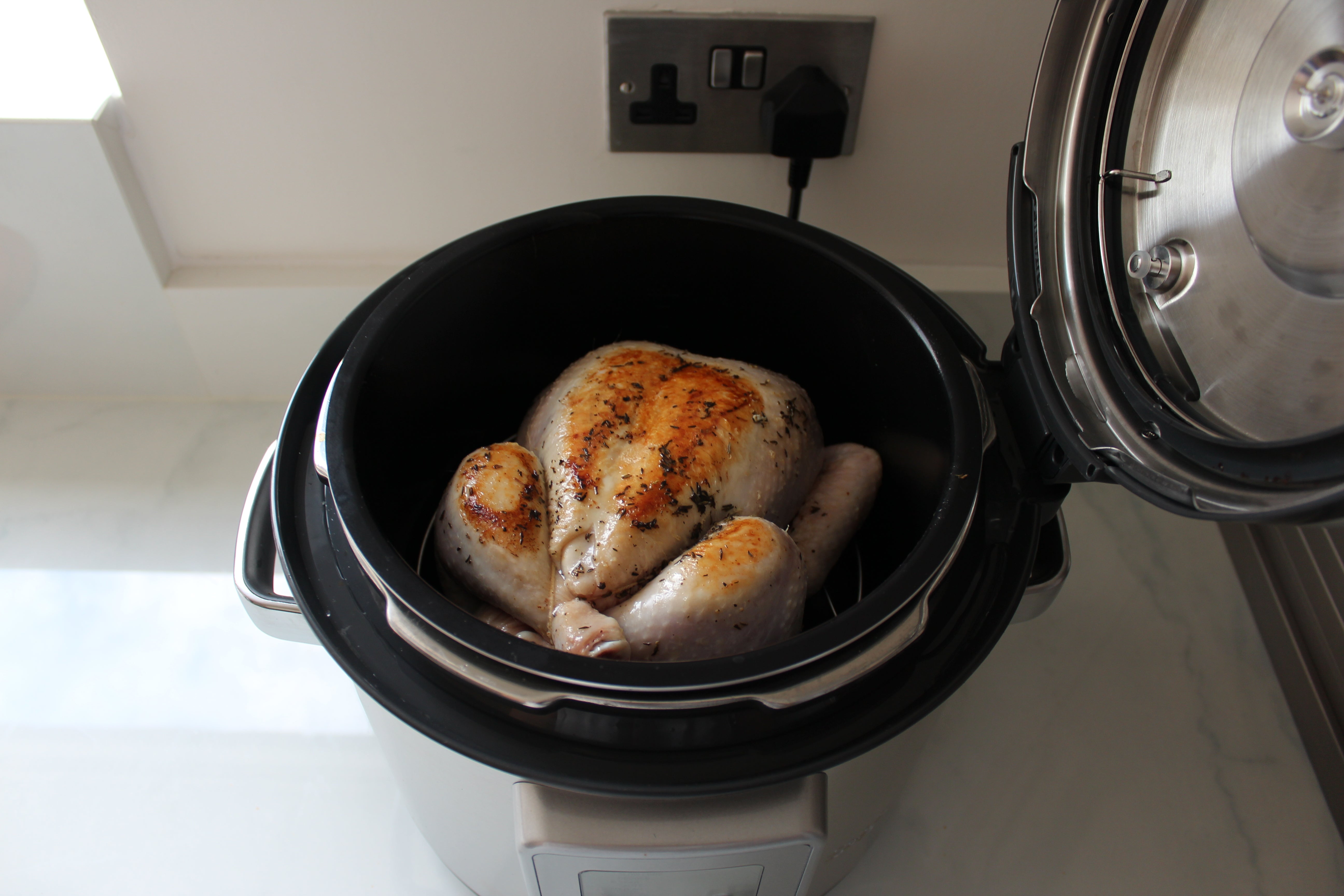 Should I buy the Fast Slow Pro?

One of the most appealing elements of the Fast Slow Pro is that it works just as well for those new to pressure and slow cooking as it does for more experienced cooks who want more control.

Many of the frustrations of this style of cooker have been eliminated, from mess to safety worries, making it as suitable for families as it is for foodies. Its size could prove tricky for storage, but considering the number of dishes it can cook, there’s little reason to see why it would ever be consigned to the back of a cupboard.

Verdict
The Fast Slow Pro produces fantastic food, saving you time and money in the process.