What is the Russell Hobbs RHMSM3002?

The Russell Hobbs RHMSM3002 is a handheld steam cleaner that can be converted into a steam mop by clipping a tubular handle to the top and a floor-head to the bottom. As a result, it packs away neatly when not in use. Design-wise, it’s clever, but performance is poor; I’ve seen other cleaners that deliver more steam.

Related: Best steam cleaner round up

The majority of steam mops these days are convertible: you can pop out the steam generator part to use as a handheld cleaner. This makes them versatile because they can do much more than floors.

What’s unusual about the Russell Hobbs’ design is that the handheld doesn’t pop out of the middle; instead it’s a handheld to which you can add pieces to turn it into a steam mop. A tubular metal handle attaches at the top and a floor-head to the bottom. It packs down to fit into a small cupboard, rather than needing to be stored in a tall space. 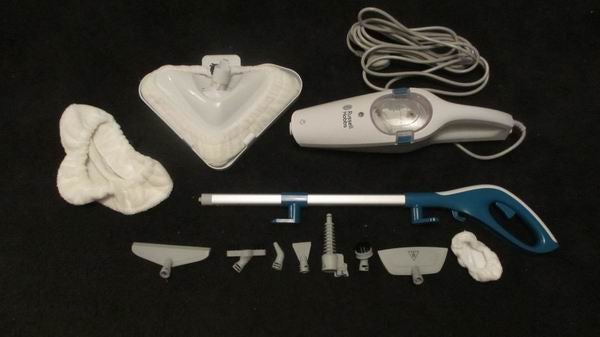 Annoyingly, the Russell Hobbs doesn’t come with any means for storing all these tools. Some steam mops come with a handy fabric bag in which to store all the accessories – one would have been useful here. There are hooks on the steam mop handle for stowing the power cable, however.

As an upright steam mop, the Russell Hobbs comes with a triangular floor-head with two microfibre cloths and a plastic attachment for gliding over carpets.

I like the design. It’s lightweight, both as a handheld and a mop. And while the looks are plasticky, build quality is solid. 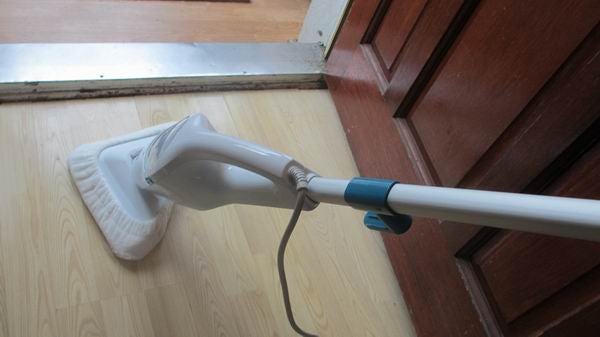 There’s no on/off switch and no control over the steam level. You simply press a trigger button that sits beneath your index finger when holding the mop to tell it when you want steam.

To turn it on, you simply plug it in. But first you need to detach the tank to fill it with water. The tank is small and manageable, but the fill hole isn’t particularly big, so expect to get things a bit wet when you fill it under a tap. There’s a replaceable anti-scale filter.

The 1500W boiler gets you ready to steam in 30 seconds and it promises 15 minutes of steam before needing a refill, which isn’t bad for a small water tank. But it’s perhaps representative of modest amounts of steam. 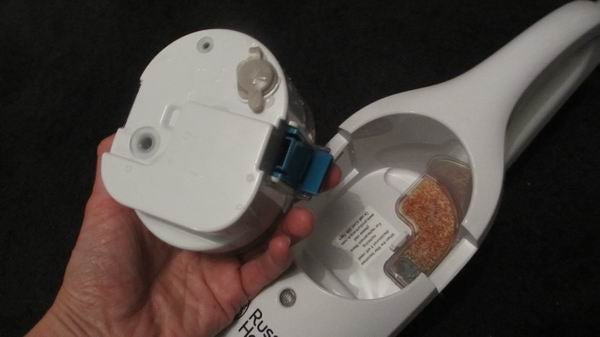 It’s very quick to warm up, but then you have to hold trigger for a minute while it click-click-clicks, pumping the steam into the steam head.

As an upright steam cleaner, the Russell Hobbs’ design works well. The triangular floor-head is a good shape for cleaning into corners, and since the steam generator part is low down, its low centre of gravity makes it easily manoeuvrable. The Russell Hobbs is ideal for quickly mopping over freshly vacuumed hard floors.

With the carpet glider attached, it did a decent job of lifting dust from carpets too. But it was at this point I began to notice that its steam levels are a little wimpy. 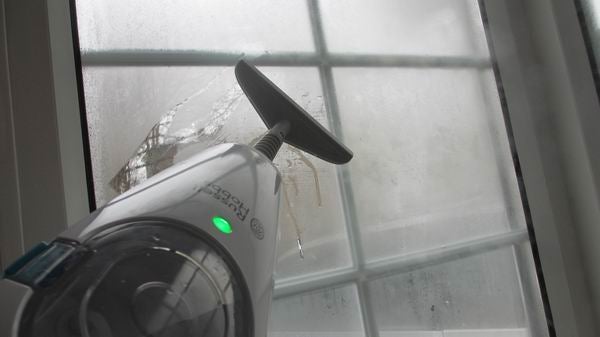 To make the switch from mop to handheld, simply unclip the head and the handle. Add the jet nozzle adapter, and you can attach any of the other six tools by twisting them onto it.

But even is this form, the level of steam output is poor. Rival cleaners offer a more powerful blast that makes for far quicker cleaning. The Russell Hobbs is powerful enough to get the job done, but only just. 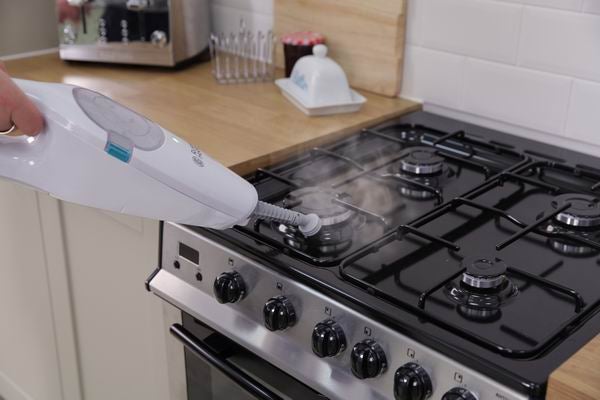 Should I buy the Russell Hobbs RHMSM3002?

The Russell Hobbs is a good buy if you want a handheld steam cleaner with the option of sometimes adding the handle and floor-head to use it as a steam mop.

However, if you’re likely to be using it mostly as a steam mop, the Morphy Richards Total Clean Fresh and the Kärcher SC1 Steam Stick are better buys. It’s also worth considering cylinder steam cleaners such as the Kärcher SC3 and the great value Polti Vaporetto GO – if you’re not wedded to an upright.

This handheld steam cleaner is easy to store but it lacks the power to deliver a quick and efficient clean.