What is the Russell Hobbs Retro 4 Slice Toaster?

The Russell Hobbs is a pretty straightforward four-slice toaster with one unique selling point: it’s super-fast.

It claims to be speedy, up to 65% faster than Russell Hobbs’ classic model. And I certainly found it shaved a minute off toasting time. But browning is uneven and its controls are hard to reach. 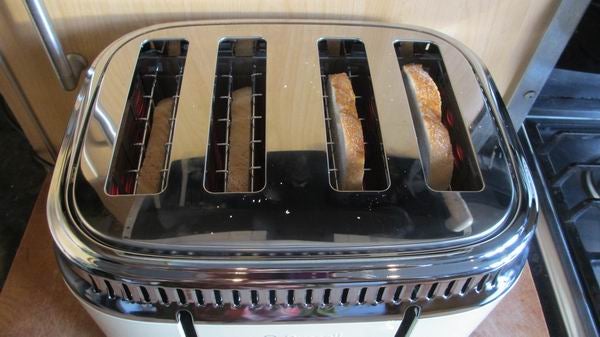 I tested the Russell Hobbs in vintage cream, but it’s also available in red or black.

Many of the controls are on the right-hand side, not the front. This streamlines the front’s design but they may be awkward to get to, depending on where you want to site your toaster. There are three buttons: cancel, reheat and frozen. And variable browning control with a lever that slides left to right, from 1 to 6 and anywhere in between. 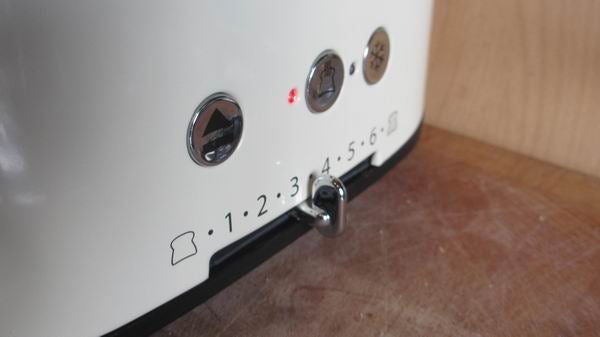 Central to its retro design is an old-fashioned gauge on the front, with a needle to indicate toasting time. It’s cute but I’d have preferred easily accessible controls.

Cable lengths are a bugbear of mine. This one is not good at 75cm, but that’s measured from the front right. From the back you get 45-60cm. There’s cable management underneath to store the excess – not that you’re likely to have much. 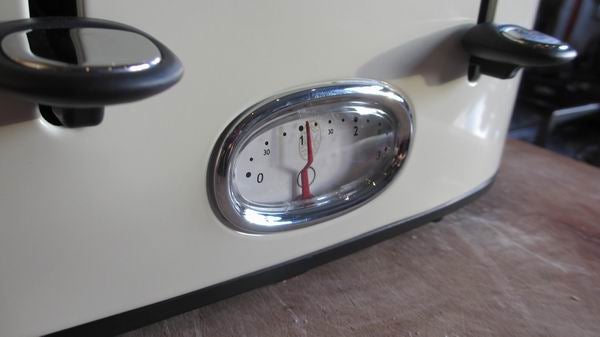 Russell Hobbs Retro 4 Slice Toaster – What’s it like to use?

I toasted two slices of white bread vertically and two horizontally to test evenness, on a middling browning setting of 3.5. You set the browning level with a lever on the right-hand side of the toaster, but the gauge on the front is a countdown timer, so you can keep an eye on progress.

The horizontal slices were done fairly evenly but the vertical ones not so much, and there was a good 2cm at the top of both of the vertical slices that wasn’t cooked at all. 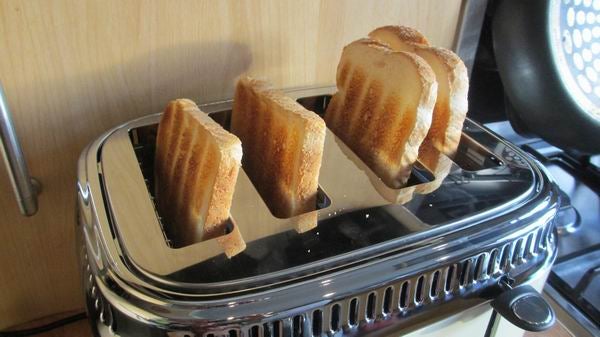 But the remarkable thing was the speed: the Russell Hobbs took 1 minute 35 seconds when most toasters take between 2 minutes and 2 minutes 30 seconds.

The slots are each 3cm wide and can go as narrow as 1cm to grip bread. Unlike many toasters, you don’t push the levers up to give the toast an extra lift, instead it sits extra-high in the first place. Crumpets were cooked well on a 3.5 browning setting and were reachable despite the lack of extra lift, but only just. 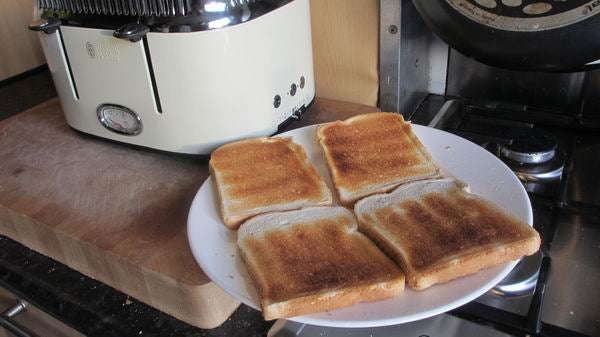 There’s no bagel function, but there are buttons for reheat and frozen. Press one and it lights up and can’t be cancelled without cancelling the toasting process. When you press one of these buttons the timer on the front resets. In fact, the needle goes all the way to maximum then drops back to the new time required.

There are a pair of crumb trays, accessed from the rear. 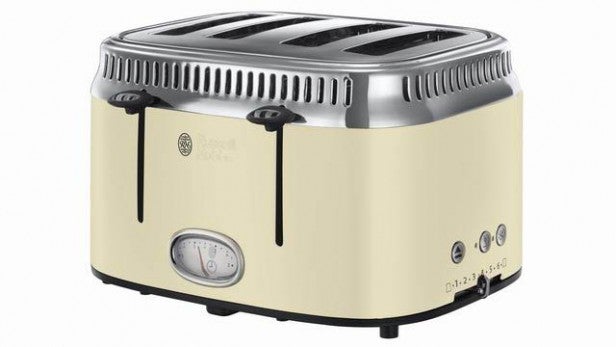 Should I buy the Russell Hobbs Retro 4 Slice Toaster?

This was the fastest toaster we’ve tested, so if you like the retro styling and every second counts then it is worth considering. But I found the controls around the side annoying and the browning uneven.

I’d recommend allowing an extra minute for cooking breakfast and investing in the Dualit 4 Slot Lite or Hotpoint TT 44E instead. And if money’s no object then the KitchenAid Artisan Toaster is rather lovely. Good toast is worth waiting an extra minute.

The fastest toaster we’ve tested – but speed isn’t everything.