What is the Russell Hobbs Powersteam Ultra 3100w?

The Russell Hobbs Powersteam Ultra 3100w is a fast-heating and smooth-gliding iron, with a 100 steam-hole ceramic soleplate. It has a tapered tip with button grooves to make it easier to get in and around fastenings on shirts, trousers and dresses for a professional finish.

It has a large 350ml water tank that can deliver 45g of continuous steam and a powerful 210g burst of steam. It also has a vertical steam function to work the creases out of hanging items, such as curtains and upholstery. The Russell Hobbs Powersteam Ultra is equipped with an anti-scale cartridge and a self-clean and power-shot function to help prevent the build-up of scale. Three-way auto shut-off provides peace of mind.

The Russell Hobbs Powersteam has a nice clear water tank and, despite the box and online promotional material saying it had a 350ml capacity, it takes 400ml to fill the tank to the “max” mark. 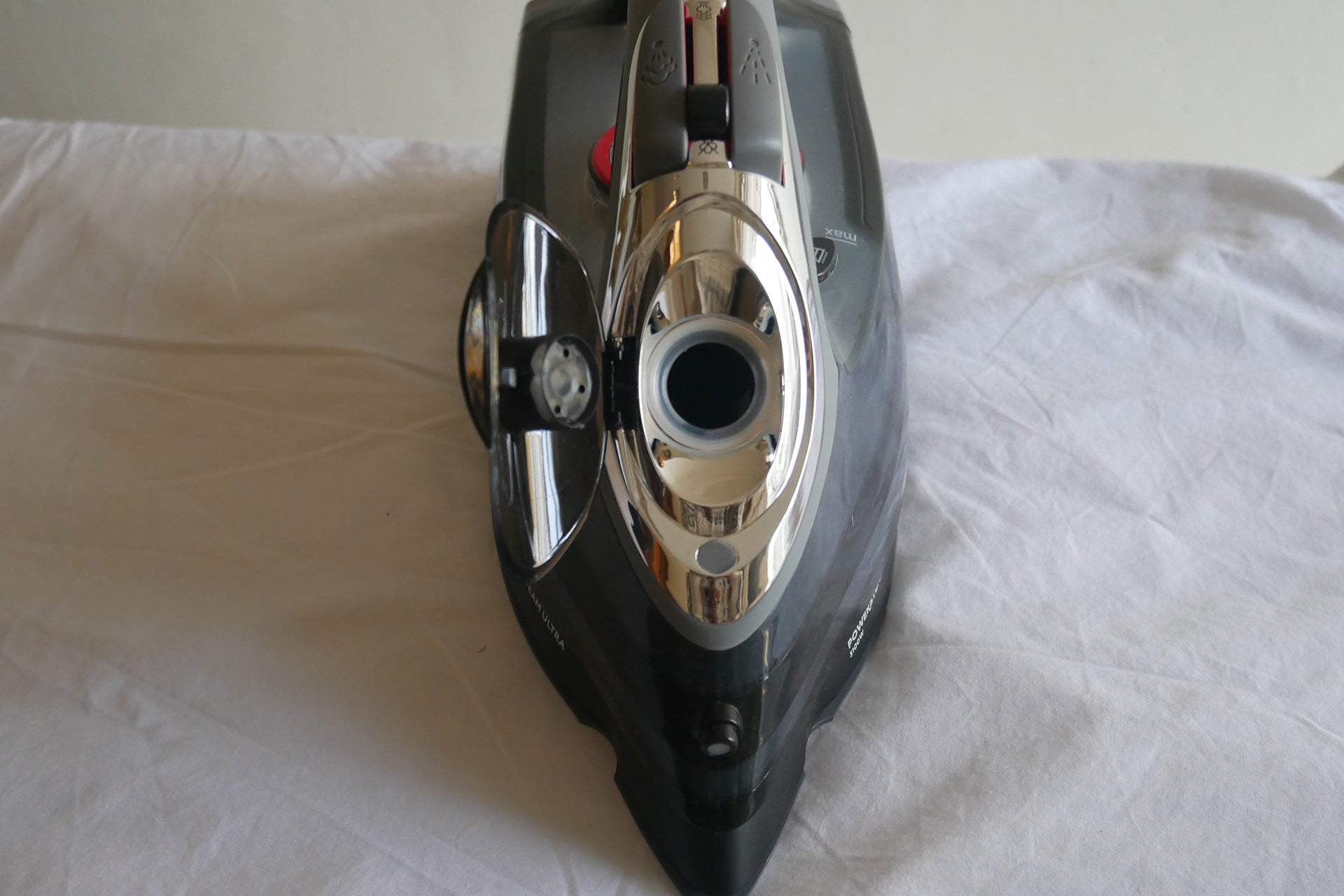 Once filled, the iron is ready to go. Just plug it in, select the desired temperature setting using the control dial on the iron’s main body, and wait for the indicator light to switch off; this indicates that the Russell Hobbs Powersteam Ultra 3100W has reached temperature.

The settings on the variable temperature control dial are all labelled with dots. These are universal symbols for fabric, and appear on all clothing care labels. One dot denotes delicates and synthetics; two dots is wool and silk; and three dots is linen and cottons. For those not in the know, not having the words printed on the dial may prove annoying. The corresponding temperatures are 92ºC, 120ºC and 170ºC. 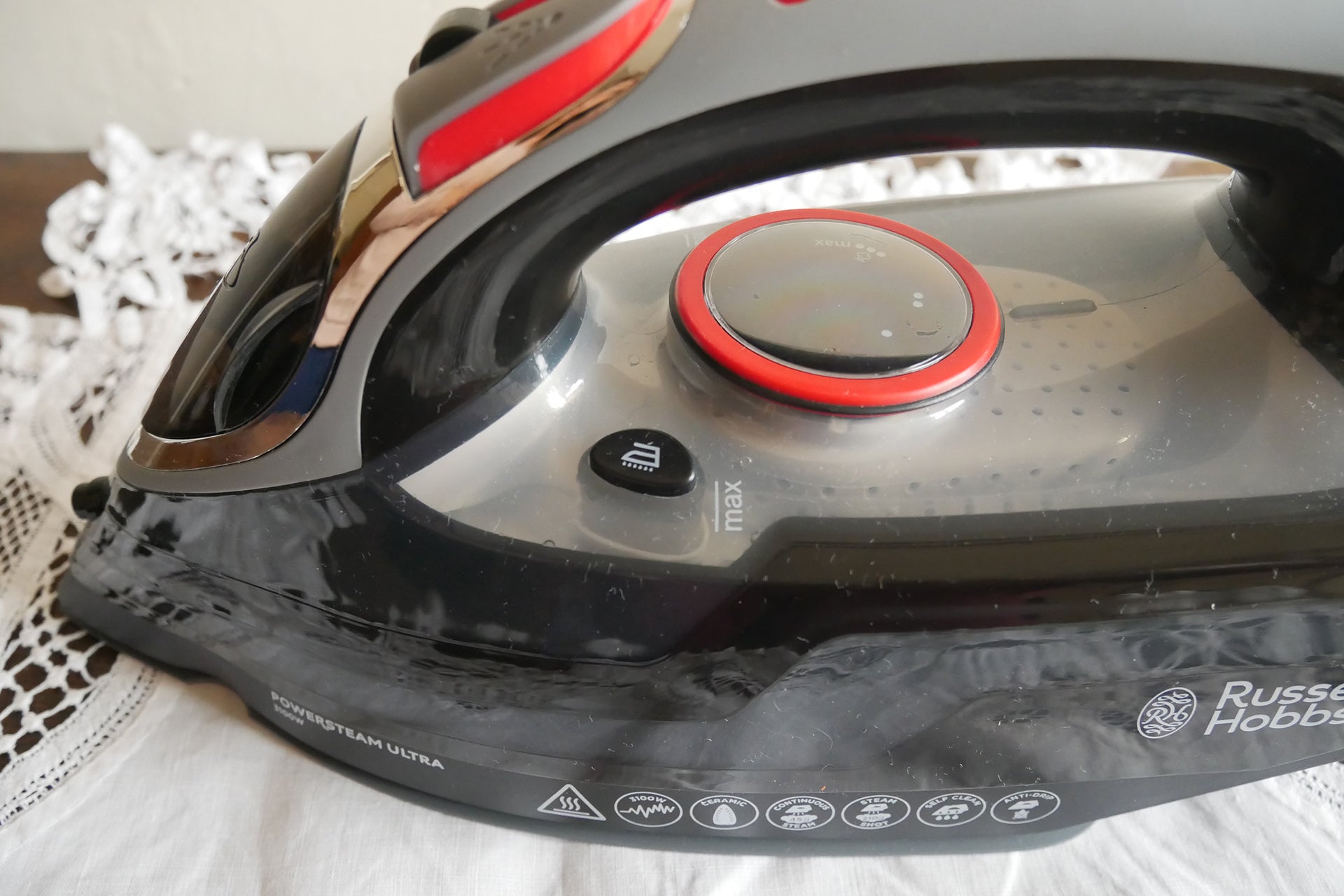 The steam shot only works on the steam or high steam settings. To use it, simply lift the iron off the fabric and press the steam shot button, which can be found to the right of the steam control button. You have to leave four seconds between shots to allow the temperature to build up.

If you want to tackle curtains or hanging clothes, the Russell Hobbs Powersteam Ultra 3100w offers a vertical steam mode. Just set the temperature control to “max” and the steam control to high steam, hold the iron close to the fabric and press the Steam Shot button.

The iron’s 3100 watts of power means it heated from cold to the three-dot setting in a super-fast 21 seconds. It really pumps the water out, too: I got 25 minutes of ironing on the three-dot, full-steam setting from the 400ml of water. (At 24 minutes, the steam blast stopped working.) Although it was steamy enough to mist up my reading specs at first, the steam seemed to dissipate gradually, so the room didn’t feel damp after ironing.

The button cut-outs on either side of the ceramic soleplate’s tip are excellent. They mean that when you’re ironing shirts or the like you can get up-close to the button, which gives an impressively professional finish. 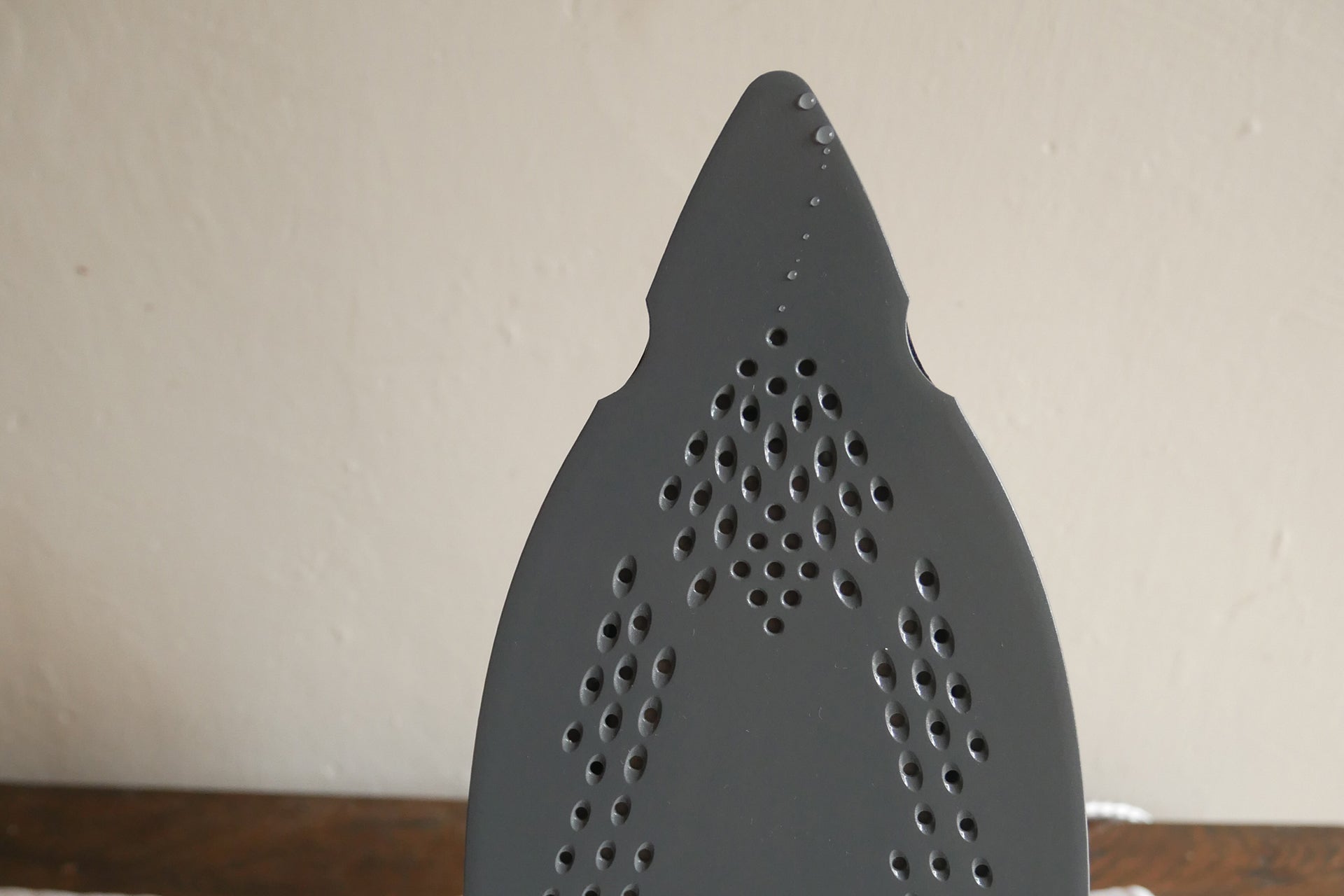 The steam blast is everything you could wish for. Providing you leave four seconds between shots, this mode never seems to lose power. I found I had to make about four passes over cotton to achieve the finish I was after. Even with the steam blast, the iron didn’t get all the crinkles out of the back of a sheet folded in four, but it got pretty close. The vertical steam blast certainly drops creases out of hanging clothes, and is so powerful it blows the fabric back.

The Russell Hobbs Powersteam Ultra was gentle enough on synthetics, and did a great job on a heavy cotton shirt. I found it was more effective on heavy cottons 20 minutes in, once the ironing board had heated and steamed up. Even so, my very dry, very crinkly test linen didn’t smooth out completely. 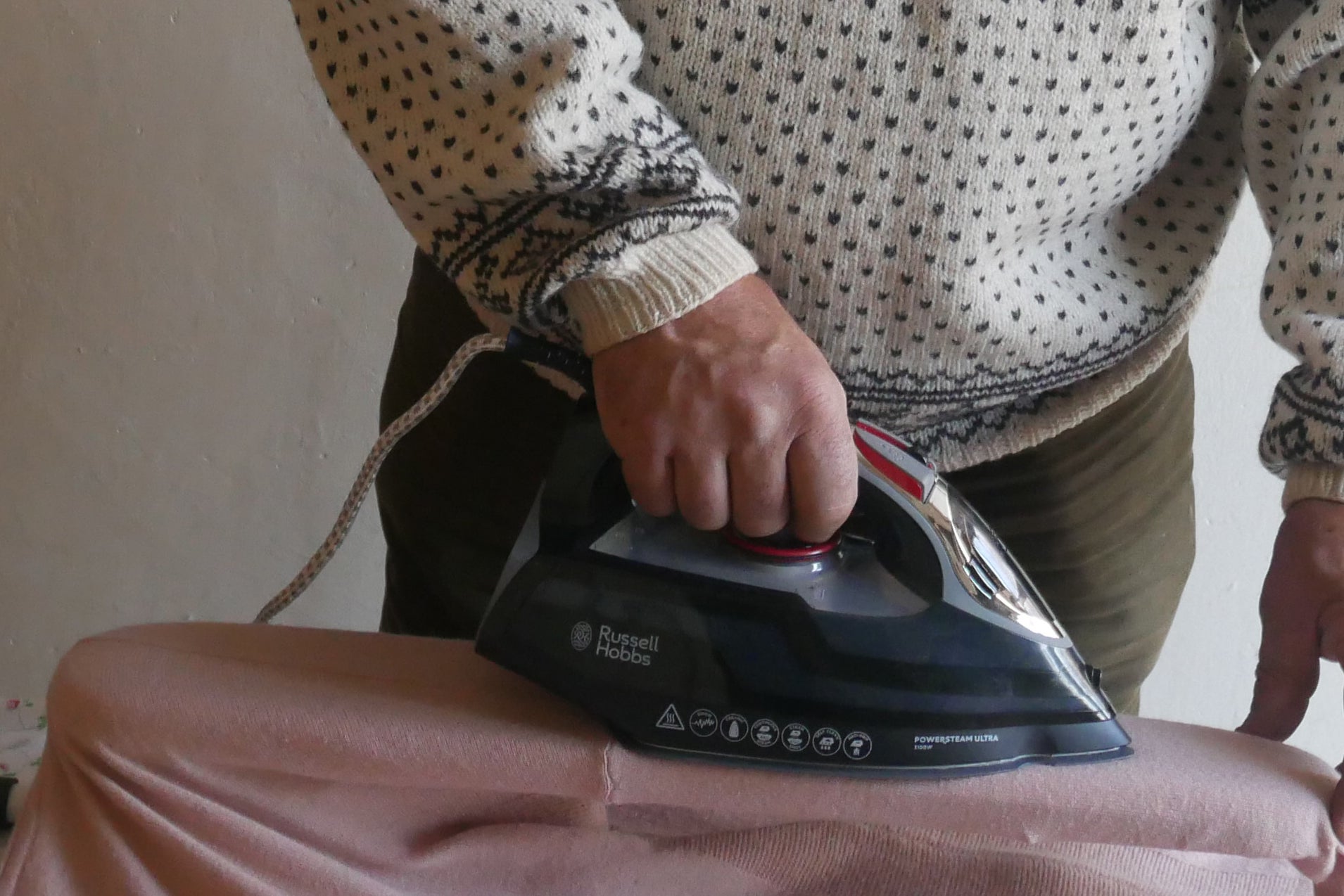 The three-way auto shut-off worked well: after leaving the iron upright and unattended for 7mins 47secs, it began beeping and flashing and then steadily cooled down; after 29 seconds horizontal or on its side, the auto shut-off also cut in. This was quick enough to stop the cotton pillowcase on which the iron was sitting from becoming scorched, even on the highest heat setting.

The iron alone is heavy at 1.6kg, which means you don’t have to press down so hard on the fabric to smooth out creases. Those with arthritis might prefer a lighter iron.

In Self-Clean mode, it’s mainly water that comes out. It’s the most comfortable iron to clean as a result; it isn’t much fun standing over a sink and being in a cloud of steam for nearly ten minutes. You need two hands to use the cleaning mode: one to hold the button down and the other to hold the iron. The entire job took only 2mins 30secs.

The Russell Hobbs Powersteam Ultra has plenty of steam and an enjoyably powerful Steam Shot. It switches itself off if you forget about it, has a big tank, a glide-y ceramic soleplate, and is easy to clean. I like its heaviness, too. The whole iron feels strong and well-engineered.

It’s disappointing that I have to buy expensive distilled water for it, but I’ll put up with that for the quality of the finish. If you’re after something else, our guide to the Best irons has products at a wide range of prices.