How straightforward is it to mix with the Russell Hobbs 24672 Desire Matte Black Hand Mixer?

I started using the 24672 Desire hand mixer by beating egg yolks for 45secs. I then combined the egg mixture with icing sugar (that I was too lazy to sift) in less than a minute, creating a smooth mixture with no visible chunks. Adding a bit of double cream, I continued mixing, adding more over the next couple of minutes. After heating the mixtures in ramekins in the oven, chilling and reheating with sugar on top, I had lovely pots of crème brûlée that were silky in texture. 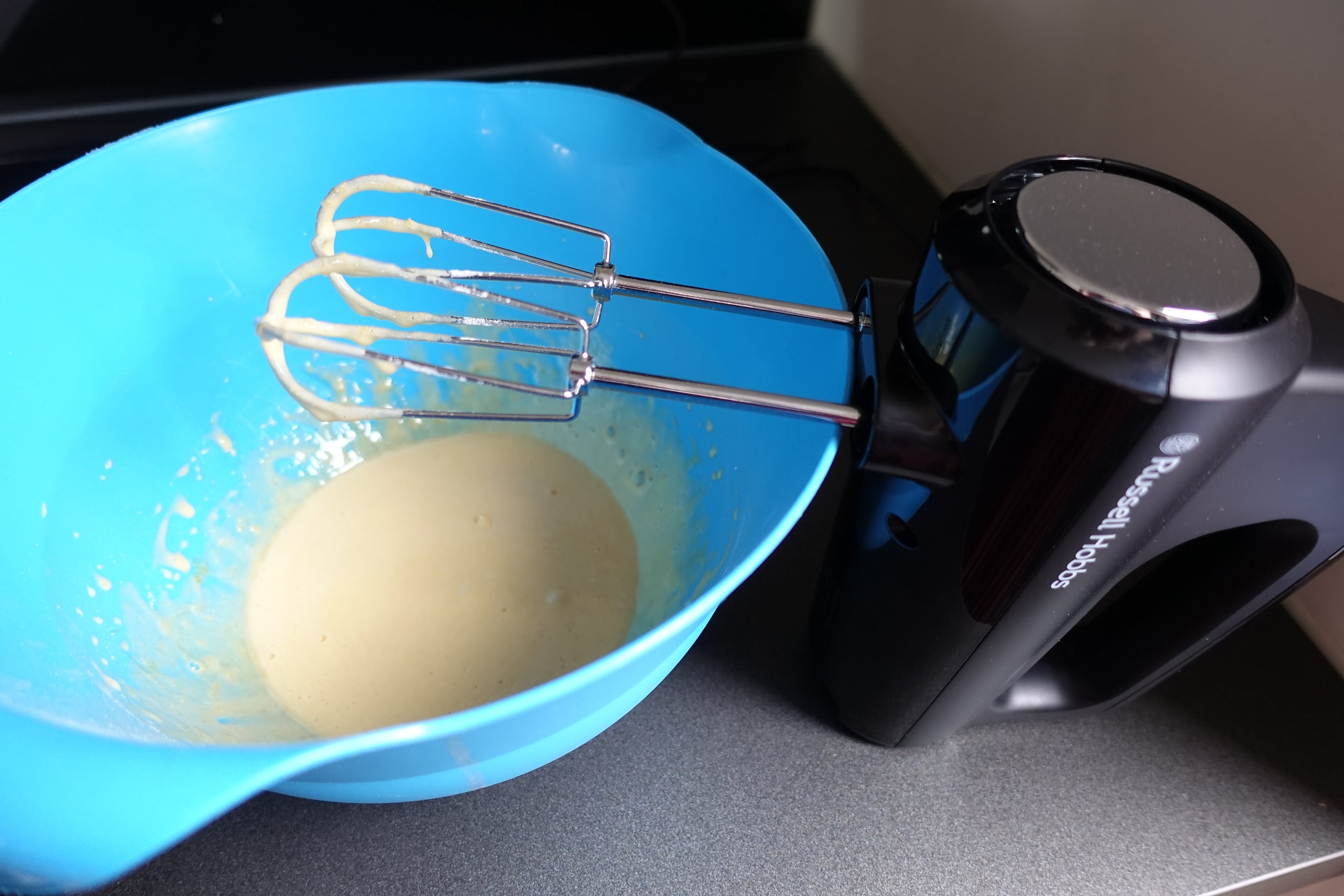 Our cake mixture was completed with a smooth texture

I was using low speeds (1-2) here to avoid splashing and puffs of icing sugar. Thankfully, those speeds were slow enough for my task and no sugar ended up on the countertop.

A problem with more affordable mixers is that often even the slowest setting is too fast, causing splashes and overmixing ingredients. The 24672 Desire did better here than the Swan Fearne 5-Speed hand mixer, allowing me more control over the mixing.

Next, I whipped some double cream into stiff peaks using the beaters. It took around 2mins35secs, while I increased the speed gradually from setting 1 to 4. I didn’t have problems with splashing until I started increasing the speed – meaning you can avoid splatter when doing it mindfully and waiting for the cream to thicken a little.

Finally, I set the dough hooks the challenge of mixing brioche dough. In the spirit of the upcoming season of The Great British Bake Off, I chose a Paul Hollywood brioche recipe, which said to use a mixer due to the soft and sticky nature of this dough. 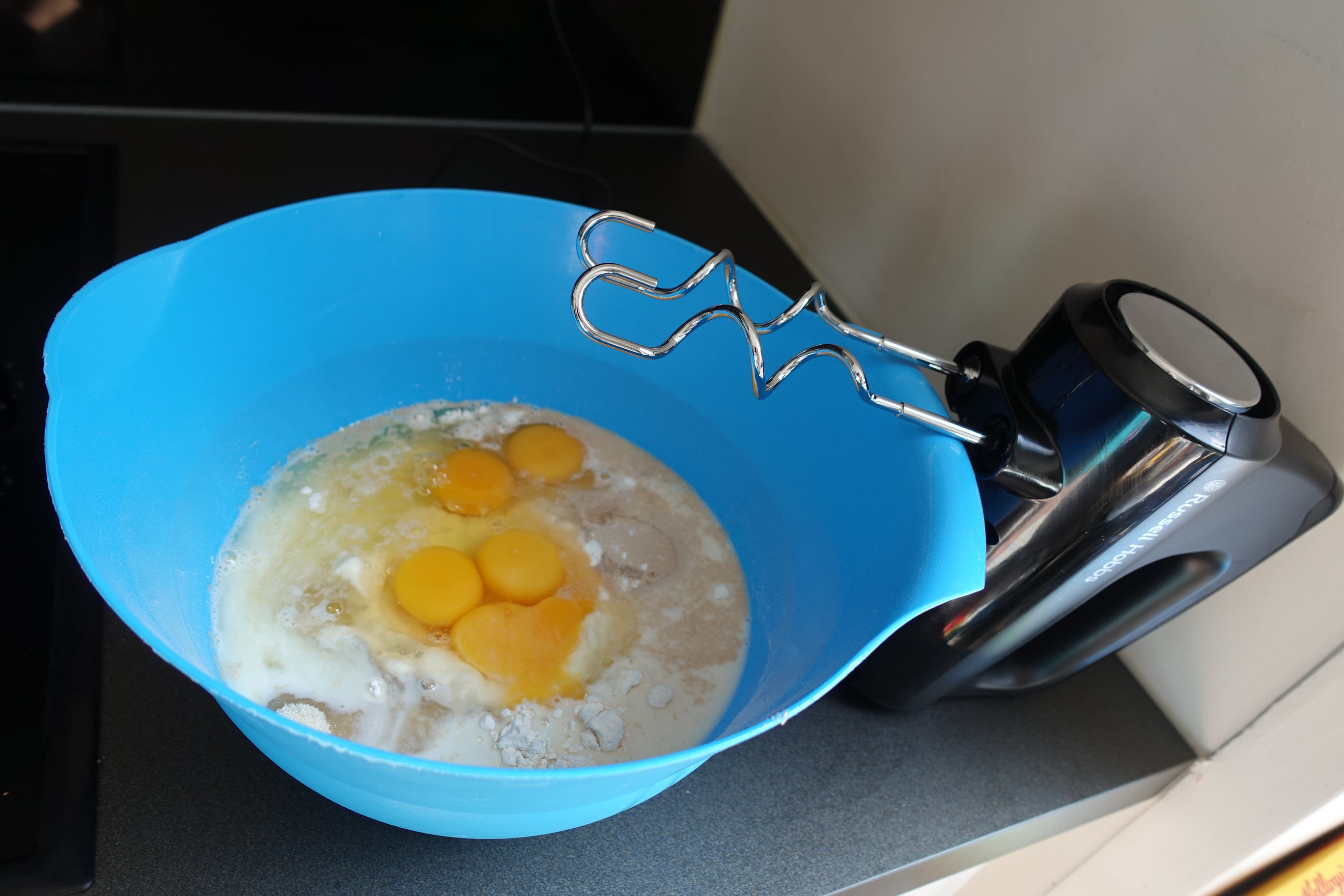 The raw ingredients for our brioche dough

I combined flour, yeast, sugar, salt, eggs and warm milk for 4mins45secs. I used settings 1 and 2 here as the mixture was heavy and the mixer would have struggled otherwise. Still, it did a good job combining the ingredients.

The 24672 Desire mixer’s manual advises not to use the mixer for more than 5mins at a time and take a break of at least 5mins to let the motor cool. This was more than suitable for me as the recipe called for softened butter and I had forgotten to take out the butter from the fridge (I can picture Paul shaking his head disapprovingly). 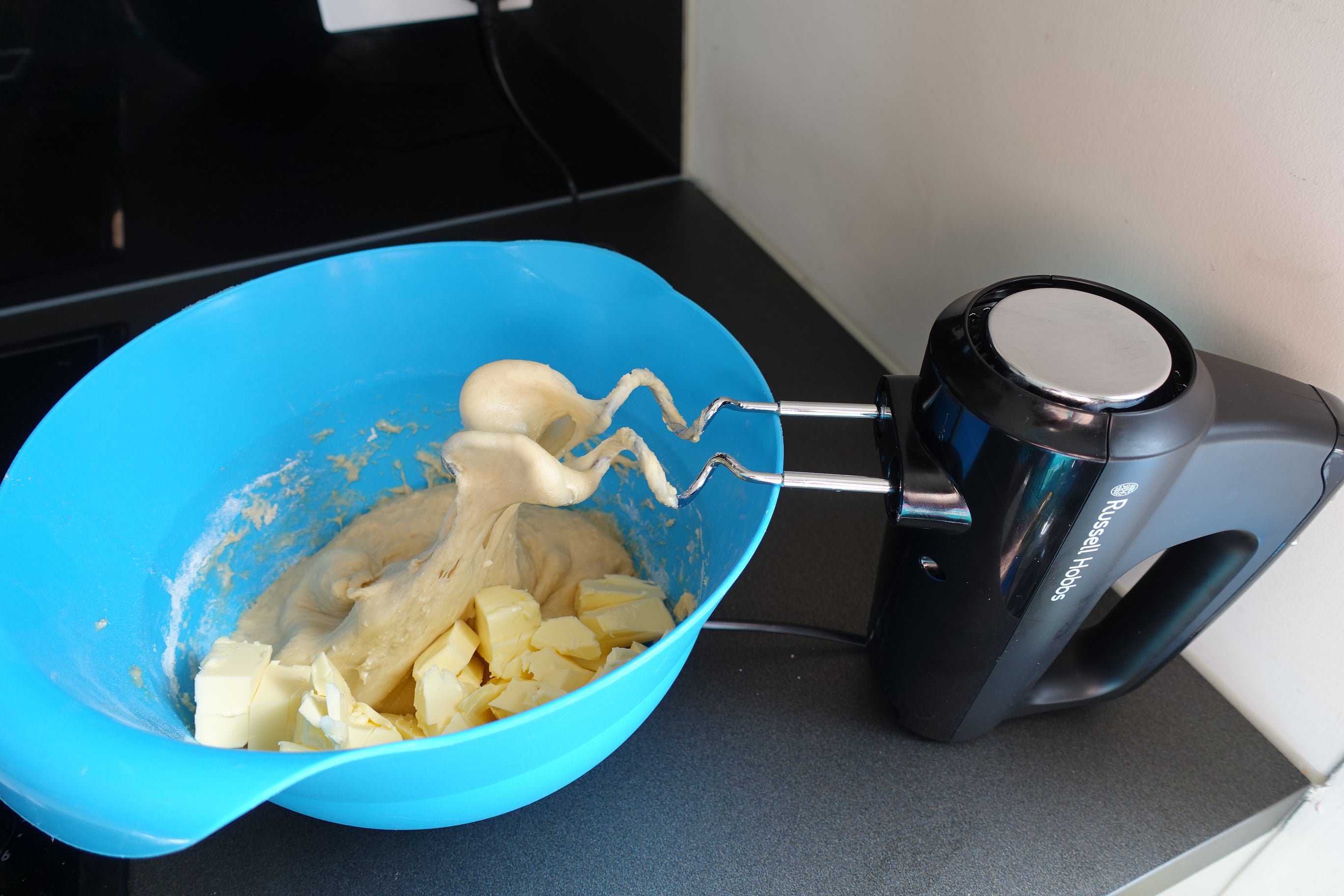 After getting a smooth mix, we added butter to the brioche dough mix

After about 15mins, I resumed mixing the slightly softened chunks of butter into the dough. This took 5mins and a few turbo boosts towards the end, but the dough came together rather splendidly, with only a few stray bits of butter noticeable in it. I crushed these by hand (despite my arms feeling a little tired from holding the mixer).

Still, it would have been a lot trickier trying to mix this dough by hand. While a stand mixer would probably have been slightly faster and less of an effort, it’s good to know such wonderful doughs can be created with such modest means. 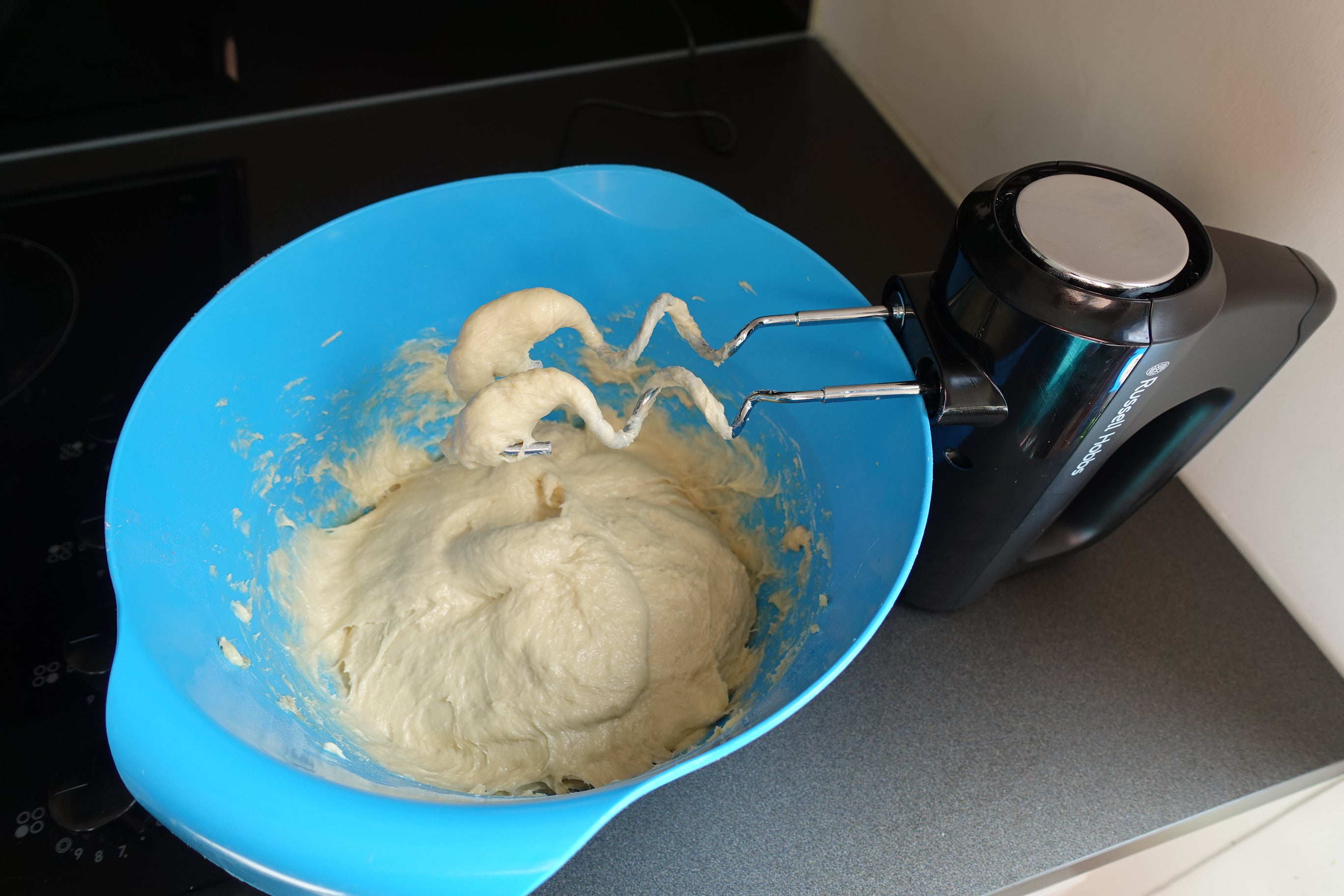 The final dough was just about perfect

The dough, which had to be refrigerated for at least 7 hours, got a lovely rise, and the brioche came out with a nice, even, airy texture, worthy of a Hollywood handshake.