Given that America is pretty much the home of modern cinema (cue arguments in the Comments section suggesting Bollywood or the Albanian Arthouse circuit as alternatives!), it’s odd that precious few American AV brands have made it big on the UK home cinema scene. Many have tried, but few have enjoyed true stickability.


One of the exceptions is projector brand Runco – though even Runco’s presence has felt a little hit and miss over the years. The brand seems to have found a really sustained lease of life, however, in the hands of UK AV specialist Pulse Marketing. Resulting in the arrival of the very first Runco projector we’ve ever tested, the unassumingly named LS-5.


Our first feeling towards the LS-5 is one of surprise, bordering on shock. For starters, there’s its £7,500 price. Anyone who’s followed Runco over the years will understand us when we say we initially suspected somebody had missed a digit out of the pricing information. Runco projectors are usually high end with a capital HIGH, with five-figure price tags the norm. But no, the LS-5 really is £7,500. Hardly peanuts, granted, but remarkably affordable for a product with Runco’s pedigree behind it. 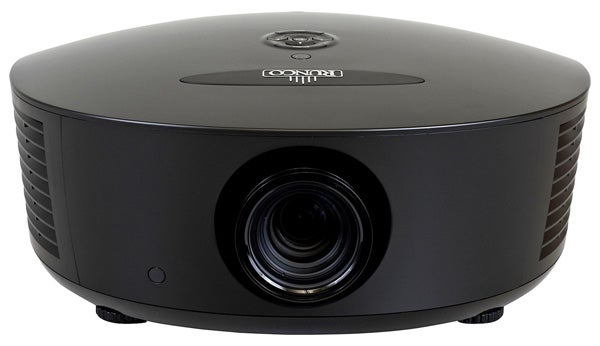 The other startling thing about the LS-5 is that it’s not roughly the size of a family hatchback. In place of the usual monster, quintessentially American chassis designs of Runco tradition, the LS-5 sports a relatively diminutive 450 by 523mm footprint that could easily sit on a coffee table without breaking it. What’s more, it could sit on our imaginary – and still intact – coffee table without making it look ugly, thanks to its smart black finish and sort of circularish design.


Of course, for all our mentions of the LS-5 appearing on a coffee table, the reality is that most people who buy an LS-5 will have it professionally installed by a specialist dealer rather than plonking it unceremoniously on a table. But the relative smallness and affordability of the LS-5 at least suggests an interest in Runco’s part on delivering a product that’s considerably more manageable – financially and physically – for relatively ordinary AV fans than its usual no-compromise fare.


Oops, we just said the compromise word. Which Runco probably won’t thank us for, but which we really had to do. For obviously a £7,500 Runco projector is not going to have the same specification level as a £17,500 Runco projector. So we guess we’d better focus briefly on the most obvious reasons why the LS-5 might be so affordable.


One biggie is the LS-5’s use of a single-chip DLP system rather than the more common (for Runco) three-chip approach. This obviously requires the introduction on the LS-5 of a DLP colour wheel, with all the potential for trouble that can introduce.


There are doubtless all manner of optical gear, cooling techniques and basic build quality compromises going on too, but the potentially most important other LS-5 compromise concerns brightness. For compared with the relatively high-end Runco models, the LS-5’s 1,000 ANSI Lumens of output looks pretty low, potentially reducing image ‘punch’ and limiting the size of screen the projector can support.


However, none of this should necessarily make us feel at all despondent for the LS-5’s money – especially when you start to appreciate some of the promising features it still retains.

For a start, it uses a high quality DLP DMD apparently capable of producing more ‘real’ brightness than you would normally expect to get from a projector boasting the LS-5’s core 1,000 ANSI Lumens of quoted output. If you want to back this up with an actual figure, Runco claims 48 foot-Lamberts for the LS-5, versus 44 from the 1,000 ANSI Lumens output of Runco’s own LS-3 model – a model which is even cheaper than the LS-5, and which we hope to review in the not too distant future.


The LS-5 also – as you would expect for its price point – comes packing enough calibration options and finesse to earn it an endorsement from the independent Imaging Science Foundation. Among the more sophisticated options available are a fulsome colour management system (the same one, in fact, that’s found on models higher up Runco’s range), and a strikingly posh dynamic iris system. This supports no less than 200 different aperture positions for really finely tuned contrast optimisation; is designed to operate in tandem with the incoming signal frame rate for enhanced efficiency; and is built around an unusually low-mass actuator for enhanced response. 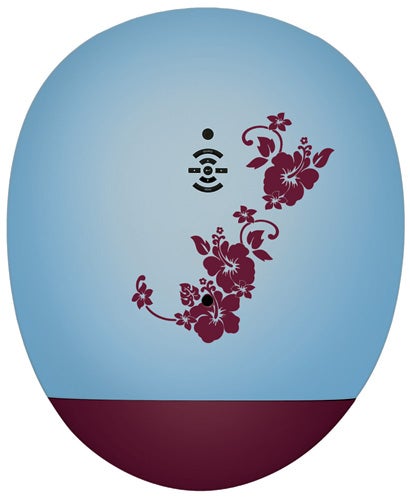 Another sign of the LS-5’s premium heritage can be seen in the fact that it can come fitted with either of two different lens options, the 1.86-2.2 standard fit and 1.56-1.85 short throw option. Even the projector’s finish is customisable, with Runco able to reproduce designs to order – for additional cost, obviously – via its FinishPalette option. An example of what can be achieved can be seen in the wallpaper-like design featured on one of the photographs accompanying this article.


Further good lens news, meanwhile, comes from the fact that Runco makes its own anamorphic widescreen lenses that can easily be used with the LS-5.


Earlier we mentioned that there were probably a number of build quality issues that helped justify the LS-5’s cost beyond its key brightness and dynamic iris attractions. And actually, it’s worth covering a couple of these in more detail. For instance, the colour wheel is located within a sleeve, so it won’t emit as much running noise. Its chassis also carries sound dampers to further reduce operational racket (something that’s regularly a problem with relatively small projectors delivering relatively bright light outputs).


One last feature of the LS-5’s spec sheet we should tick off here is its connections roster. Two HDMIs are on hand for receiving digital (hopefully HD) sources, component ports are available for analogue HD and progressive sources, and there’s a triumvirate of control-based jacks – 12V trigger ports, an RS-232 port and a remote control port – to satisfy Runco’s usual custom installation base.


Any concerns we may have had that Runco’s bid for a little relatively mass market success might result in an over-priced projector not truthfully much better than a typical mid-range (£2,500-£4,000) rival are quickly and ruthlessly savaged by the LS-5’s outstanding efforts.

When trying to describe a truly superior projector perfomance, one of the most useful words we’ve found is ‘insight’; the sense that a projector’s optical quality and command of brightness and contrast are so impressive and assured that they allow you to see more subtleties in a good quality source image than you otherwise would. The sort of stuff we’re talking about includes greyscale and subtle colour information in dark parts of the picture; tiny but telling colour gradations (always crucial in helping a picture look solid and deep); fine details down to the tiniest pixel level of an HD source; and apparently more diverse colour palettes, which help make images look more in keeping with your experience of the real world.


The LS-5 delivers on all these areas versus even really high quality ‘classic’ mid-level projectors like JVC’s £3,000 HD550 and Epson’s £4,000 TW5500. The insight level is even on a par with JVC’s outstanding HD950 D-ILA model – except that the Runco’s colours actually look slightly richer and more dynamic. 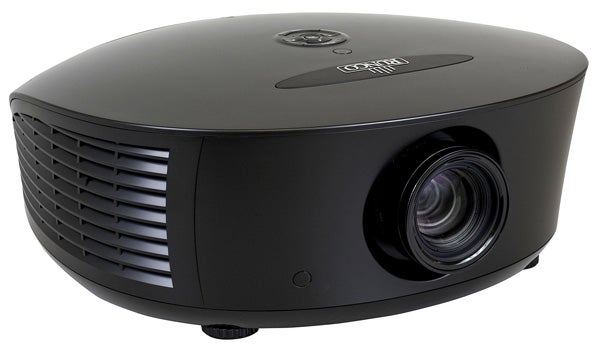 On the other side of the coin, the LS-5 falls a little short of the JVC when it comes to native black level response. But not by miles, and not nearly enough to stop the LS-5 from being an utterly convincing portrayer of the darker scenes of home cinema life.


At this point it occurs to us that all of the superb image traits we’ve been describing are coming from a single-chip DLP projector – a pretty remarkable effort given the problems in terms of motion clarity and general noise that can be caused by single-chip DLP’s inevitable colour wheel.


Even the dreaded rainbow effect (near-subliminal coloured striping visible in your peripheral vision, if your flit your eyes over the screen, and over very bright objects) is hardly ever a problem – and that’s coming from people naturally susceptible to seeing rainbowing and who are trained to look out for it.


While overall a pretty incredible projector, though, the LS-5 isn’t perfect. For even Runco can’t get rid of absolutely 100 per cent of the rainbow effect or dot crawl during dark scenes connected with single-chip DLP tech. There’s also no doubt that the LS-5 kicks out quite a bit of running noise despite the apparently substantial efforts of its chassis design to keep noise levels down.


But the first two of these ‘issues’ with the LS-5 occur but rarely, and even then are so subtle – provided, at least, the picture has been well calibrated – that you usually only see them if you are actively looking for them. And as for the running noise, a good installation job should be able to negate it via screening or sensible positioning of the projector relative to your seating position.


Whenever a traditionally very high-end brand steps a few rungs down the ladder, we half expect the worst. After all, usually such brands just don’t have experience with the different demands of lower market sectors, or a real sense of how aggressive pricing can be once you step out of the ‘money’s no object’ stratosphere.


But with the LS-5, Runco exhibits precisely none of these naiveties. Instead it’s turned out a truly outstanding projector that does just enough better than the competition to preserve Runco’s good name while only costing a little more. And if that isn’t enough to get your aspirational AV juices flowing, we don’t know what is.