There are three things we thought we knew about Runco projectors. First, they’re good. Second, they’re bigger than your average projector. And third, they set you back more money than you can probably sensibly afford unless you’re a Hollywood superstar or a big wig in the banking world.

The new LS-1 we’re looking at today, though, tips our Runco preconceptions squarely on their head. With a price of just £3995, the LS-1 isn’t just affordable, it’s a bona fide bargain.

The sense that you’re getting great value out of the LS-1 begins as soon as you look at it, and clock its impressive and promising bulk. Its tastefully rounded form with a tapered rear – resulting in a sort of tear drop shape – only just fits on our usual, heavy-duty projector stand, proving a satisfyingly bulky sight for anyone who likes to get a lot of physical bang for their buck. 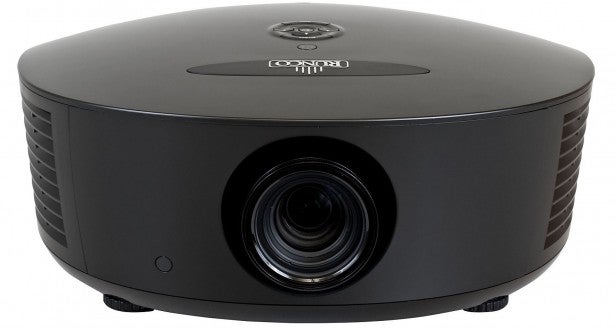 The LS-1 is unusually heavy for a projector in its price bracket too, raising hopes of some seriously uncompromising innards.

At first Runco appears to have forgotten to put any connections on the LS-1. But they are there, of course, tucked away under a screw-off rear ‘overhang’ that proves very effective at hiding cable clutter, especially if the projector is ceiling mounted.

Among the decent set of jacks on offer are a pair of HDMIs, a component video port, a D-Sub PC port, a 12V trigger jack, an IR port, an S-Video jack, and an RS-232 port for integrating the projector into a wider home entertainment control system.

Another sign of the LS-1’s ‘serious’ home cinema heritage is the vertical image shifting ‘screw’ found under a pop-off cover on the projector’s top edge. This is manipulated via a provided allen key; a rather more ‘industrial’ approach than the sort of simple wheels many projectors provided for vertical image shifting, but one which delivers much more precise and robust results. 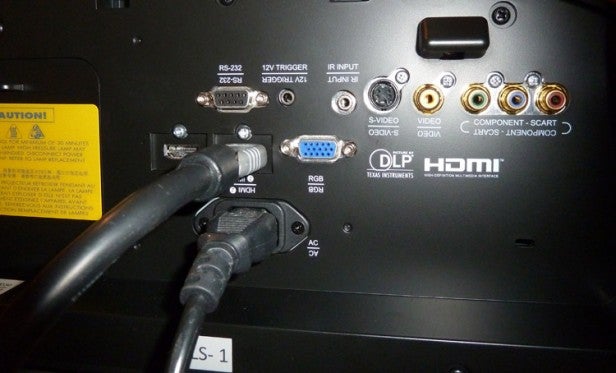 It’s worth noting, too, that the LS-1 can be bought with either a standard or optional short throw lens, and that there’s a solid if not inspiring amount of precise optical zoom available from an oddly plasticky zoom ‘ring’ around the lens. You can also rig the LS-1 up with Runco’s CineGlide lens solution, which lets you use it in conjunction with a motorised, mechanical 2.35:1 anamorphic lens.

As you would expect of what’s already clearly a ‘serious’ home cinema projector, the LS-1 is fully ISF Certified, and sports a typical ISF calibration configuration among its set up tools. A less pleasant result of the LS-1 having professional rather than DIY calibration in mind is the really very ugly and overwhelming nature of the LS-1’s onscreen menus, which make no concessions whatsoever to the notion that someone using them might not be particularly technical.

Among the features contained within these menus should you care to hunt them down are two user-definable and one ISF Day/ISF Night configuration picture preset memory slots; a selection of colour temperature presets (of which you’ll probably want to stick with 6500K); manual adjustment of the DLP refresh rate to 48, 50, or 60Hz (or there’s an auto setting); an optional adaptive contrast system (which works as a sort of dynamic contrast system to give images greater dynamism at the expense of some colour accuracy); a selection of colour gamut standards; multiple gamma settings; RGB adjustments; and Runco’s ConstantContrast system (which is actually a proprietary dynamic iris engine).

The projector also carries a ViVix processing system (like models higher up the LS range), Runco’s renowned SuperOnyx contrast-boosting technology, and a 230W lamp which Runco recommends as being able to comfortably drive 63in-85in screens. 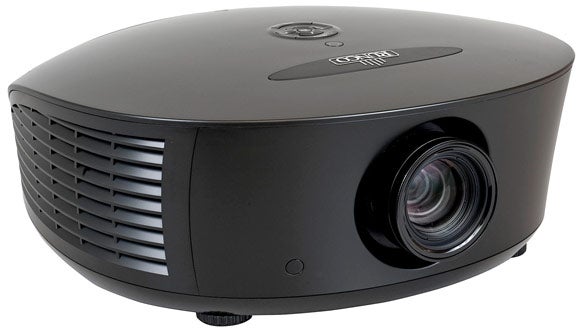 Firing the LS-1 up produces an instant – if slight – concern, in the form of quite noticeable running noise. No dB figures for this are included on the LS-1’s spec sheet, but it’s certainly noticeable during quiet scenes if the projector is anywhere near your seating position. What’s more, there doesn’t appear to be any way of reducing the running noise by, say, ramping down the lamp output.

The good news is that the LS-1’s noise is very consistent, which makes it easier to ‘tune out’ than projectors with whiny colour wheels, creaky iris adjustments or ever-shifting fan

Helping you get over the LS-1‘s fan noise however, is the truly exceptional quality of its pictures. There are so many good points about them, in fact, that it’s hard to know where to start.

The projector’s contrast range is really exemplary, for instance, combining punchy whites and colours with deep, rich dark areas as if such a dynamic range is the easiest
thing in the world to produce.

Next, colours are simply superb, with sumptuously rich but also terrifically nuanced and utterly natural tones on show across every part of the colour spectrum. There’s a lovely balance to colours too, with no shade looking dominant over others. The projector’s colour range appears outstandingly wide too, adding up to a colour performance that wouldn’t look out of place on a projector costing thousands of pounds more.

The LS-1’s pictures are also exceptionally sharp and detailed, with the absence of dot noise and stressy edges proving that this sharpness isn’t forced; it’s just a natural result of the projector’s quality DLP system and optics.

We’d worried that maybe the LS-1 would be lacking in brightness. But in fact it drove our 85in screen so potently that we could easily imagine it driving a 100in or even slightly bigger screen with no trouble whatsoever.

The LS-1 isn’t as bright, it must be said, as the in-some-ways-similar Sim2 Crystal 35 projector. But then crucially it scores a massive hit over the (more expensive) Sim2 model by not suffering anywhere near as much with single-chip DLP technology’s ‘rainbow effect’, where you can see stripes of pure red, green and blue in your peripheral vision or over very bright objects.

In fact, the LS-1’s resistance to rainbowing is quite outstanding considering how bright it is, with even notoriously tricky scenes like the opening black and white section of Casino Royale emerging almost totally rainbow-free. 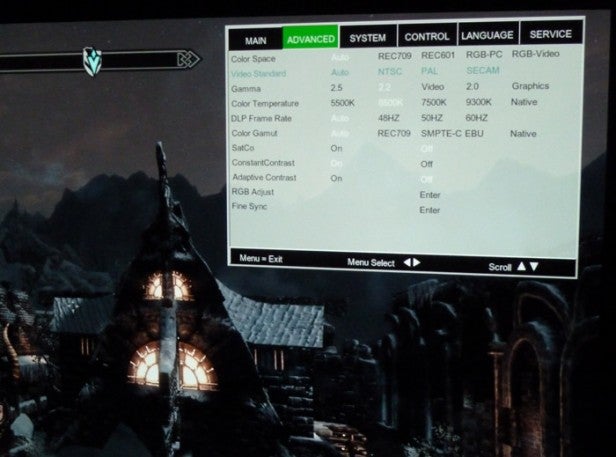 The LS-1’s motion handling is another area where is excels. For it manages to deliver action scenes and fast camera pans with everything from 24p Blu-rays to 50Hz Sky feeds with startling clarity, no more judder than feels natural, and best of all not the slightest trace of the dotting noise that remains a common single-chip DLP artefact.

If you really pushed us to find anything wrong with the LS-1’s performance, we might say that dark scenes lose just a little shadow detail versus more expensive projectors once you’ve calibrated the contrast and brightness to get the best colour/black level balance. But we’re really grasping at straws here, for the bottom line is that the LS-1 delivers much of the precision, richness, and beautiful naturalism of a high-end projector for a price that barely qualifies as mid-range.

Verdict
Runco’s most concerted bid yet to enter the ‘mass’ part of the projector market is a stunning success, retaining far more of the brand’s legendary DLP quality than we’d have thought possible.

We guess it would be remiss of us if we didn’t make the point before signing off that the LS-1 doesn’t support 3D playback. But while we would certainly love to see what Runco could do with 3D, if it had been added to the LS-1 then its price would undoubtedly have been much higher. And we personally feel much more excited about being able to get this much Runco quality for so little money than we are about being able to watch the occasional bit of 3D.