What is the Ruark Audio R1 Mk3?

The Ruark R1 Mk3 is a stylish, beautifully built DAB/FM radio that doubles as a Bluetooth speaker for streaming music from your phone or tablet.

If you remember the Vita Audio R1, you might be a little confused right now. No, the Ruark R1 isn’t some knock-off copycat device; Vita simply changed its name to that of its parent company, Ruark, which has been a stalwart of the UK hi-fi scene for many years. 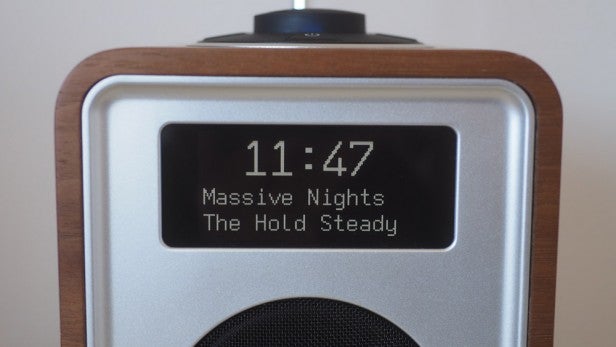 The Ruark R1 is a gorgeous object, with a core that feels like it’s been hewn from a solid aluminium billet and wrapped in beautifully figured wood – although that woodgrain’s obscured if you’ve opted for one of the sumptuous black or white lacquered finishes.

The design is all very familiar, with a single round 3.5-inch driver hidden behind a grille on the front panel, a screen above it, and the controls on the top, dominated by a large knob.

The LCD screen on the R1 Mk2 was one area where it fell down, with appalling viewing angles that made it poor as a bedside clock. I’m happy to say that’s been addressed on the Ruark R1 Mk3 with an upgrade to a three-line OLED display that has no such problems. It’s not blazingly bright, but you can still read the time across a medium-sized room when the brightness is set to high – you can adjust the brightness separately for when it’s on and when in standby, which is a nice touch. 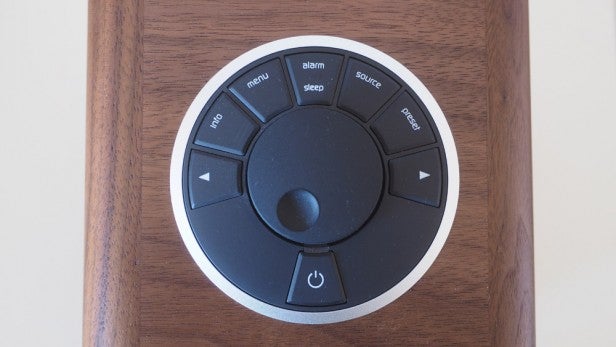 One of the most significant changes from the Mk1/Mk2 to the Mk3 is to the controls, despite them having a familiar look. While we were disappointed by the limited control offered by the previous models’ rotary knob – it performed volume duties and nothing else – I’m pleased to see a far more logical system here.

The knob now turns freely – no springing back to centre – and is used not just to control volume but for scrolling through the menus. It also pushes in to select, so there’s no longer an OK button. I did occasionally turn the knob by accident while trying to push it in, but only rarely.

Nudging between stations and frequencies is done via left and right arrows on either side of the main knob. Instead of dedicated buttons for each preset station, as there were on the previous models, there’s now a Preset button that brings the choices up on the screen, to be scrolled through using the control knob. A Source button enables you to cycle through FM radio, DAB radio, the line input and Bluetooth. It’s all much neater than before.

The only complaint I’d carry over from our review of the R1 Mk2 is that the controls aren’t backlit, so you may be fumbling around for alarm settings in those dark winter mornings. But that’s a fairly minor gripe.

Around the back, you’ll find the extending aerial, a power socket for the wall-wart transformer, a 3.5mm line input, 3.5mm headphones output, and a USB charging port. That last might seem purely intended for stopping the battery from dying on the phone or tablet from which you’re streaming music, but it’s also a handy extra charger at the bedside. I used it quite often for a quick morning juice-up. 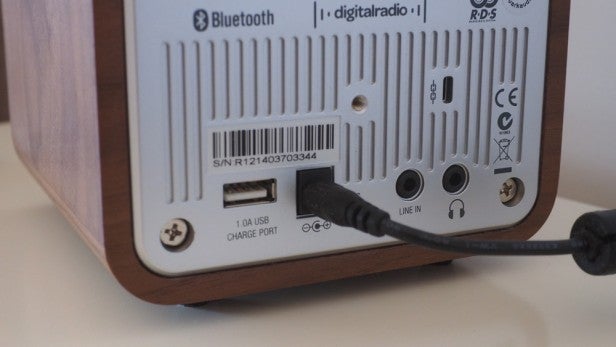 The R1 Mk3, like its predecessor, doesn’t have to be tethered to a power socket. Ruark sells two accessories for it: the improved BackPack II battery pack that bolts onto the back to offer up to 12 hours of mains-free listening, and a hand-stitched leather carrying case. The former costs around £60, while the latter is just under £40, however, so it’s worth thinking hard about how much you value that portability. I’d be tempted to pick up the case for its retro looks alone, though. 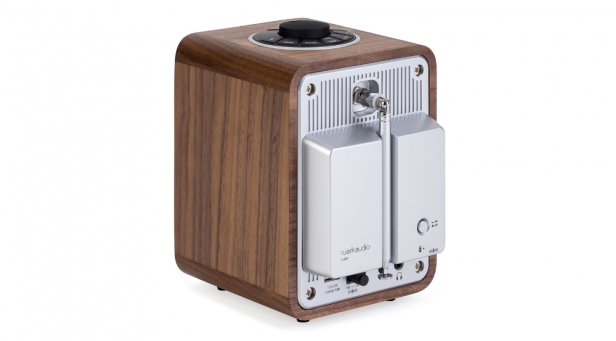 Setting up the Ruark R1 Mk3 is incredibly simple. As soon as I turned it on, it performed a quick DAB scan and had automatically set the date and time within seconds.

Connecting via Bluetooth was equally painless. Select Bluetooth from the source list on the R1 and it starts scanning for suitable devices. As long as you’ve got Bluetooth enabled on your phone, tablet or computer, you’ll have no trouble pairing it up.

I didn’t have any issues with radio reception, either. The R1 Mk3 picked up even some of the trickier local stations and distant DAB ones that have troubled other models in the past. 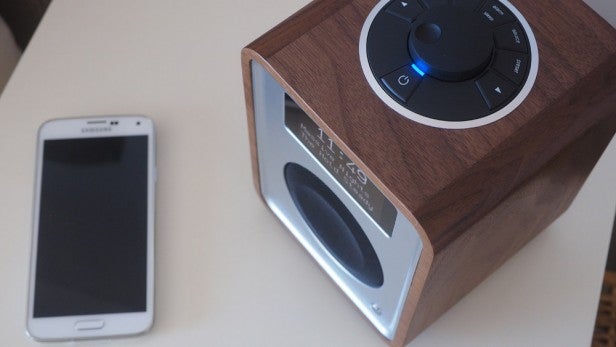 Sound quality is truly impressive for such a small unit. There’s a wonderful fullness to the sound, but also a subtlely that means it can handle almost any type of music. It can also fill a room surprisingly well, although the sound thickens a little when the volume’s cranked up –  but that’s to be expected from a single-driver setup.

Sure, you’re not getting stereo, but most tabletop stereo radios don’t really benefit from twin speakers, anyway, as they’re too close together to produce a worthwhile stereo effect.

Should I buy the Ruark Audio R1 Mk3?

If you’re after a compact, classy table radio with the added benefit of Bluetooth streaming, there actually aren’t many competitors to the R1 Mk3. The Pure Digital Evoke D2 Bluetooth is perhaps the only one, and I’d argue that it neither looks, feels nor sounds so good – but it is £70 cheaper.

For more serious music duties, you’d certainly be better off finding room for something bigger, but it’d have to be quite a lot bigger – the Ruark Audio R1 Mk3 does a magnificent job for its size.

The Ruark Audio R1 Mk3 is an excellent choice if you’re looking for a chic, streaming DAB radio. Sure, it has a premium price, but that’s justified by the all-round quality.