What is the Roxio Game Capture HD Pro?

With YouTube and Twitch getting more and more popular with every passing day, a decent capture device is crucial. As the tech has matured, the range of devices on offer has broadened with each offering a plethora of features while remaining easy to use.

Most recently we have managed to grab a hold onto the AVermedia Live Gamer Portable HD, and were pleasantly surprised by the quality of its output and the ingenious option of allowing footage to be recorded both to your PC or instead onto an SD card.

However, the latest offering from Elgato, the Elgato Game Capture HD60, still remains one of the most popular devices at the moment, offering a blistering 1080p, 60fps capture delivered from a device no larger than the size of a credit card.

So, with these capture kings in mind, how does the Roxio Game Capture HD Pro stack up? 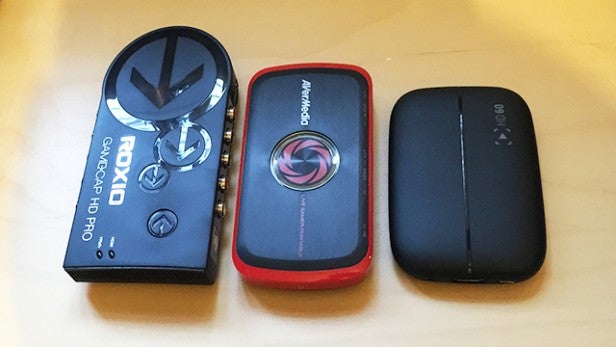 Well, the short answer is that while it works pretty much as you would expect, it’s a bit of a step down in quality for many reasons.

In the beauty pageant of tech, the Roxio Game Capture HD Pro will not be winning any awards and in all honesty will place dead last. It’s an unflattering rectangular box with the Roxio logo ungracefully emblazoned all over it while connections and ports worm their way out of the sides to create a cheap look. A stark difference when compared to the sleek pebble that is the Elgato HD 60, or the colourful and lightweight AVermedia Live Gamer Portable offering.

Whatever the design team were thinking when creating this frankenstein
of capture devices, easy transportation was thankfully a key factor as
the Roxio Game Capture HD Pro weighs almost nothing, coming in at a
rather nice 340g, which goes some way to making up for its ugly
exterior. 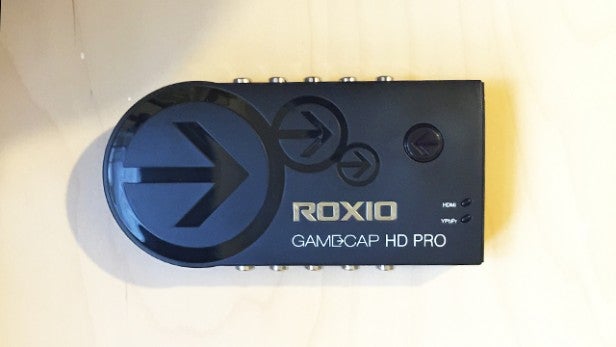 Let’s not kid ourselves though, performance is what really counts. Roxio’s latest offering could look like something from the Arc of the Covenant for all anyone would care, as long as it delivered the best capture quality out there, but does it?

The good news here is that yes, it’s easy to use and can capture video in a range of 720p, 1080p/60fps, 1080p/30fps through both HDMI and component cables. Standard definition is also supported but unfortunately with no direct composite support, you won’t be able to plug in any retro machines to this capture device. That marks another missed opportunity as there aren’t many options on the market for the retro gamer, looking to produce content. Streaming is also possible with the Roxio machine. 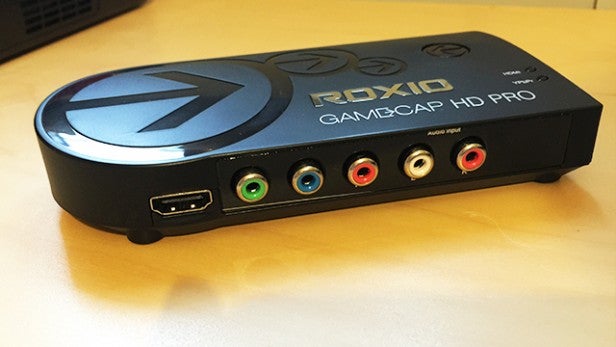 We started our tests with the Xbox 360 and PS3 to see if it could handle these standard last-gen consoles and the results were great. As with other capture devices you simply connect a HDMI cable between the Roxio and your TV, with a second from your console of choice to the Roxio, finishing with a USB cable to hook the Roxio to your PC.

The big stumbling block here is the lack of supplied cables, something that we were actually really surprised to see, considering the main competitors of the Roxio come complete with everything you need to get going. While the Roxio Game Capture HD pro comes with a USB cable, you’ll need to supply an extra HDMI cable yourself as well as a component cable that is crucial to recording anything from the Playstation 3 as Sony’s last generation machine doesn’t support direct HDMI capture. A truly odd omission from the team at Roxio and somewhat of a let down. 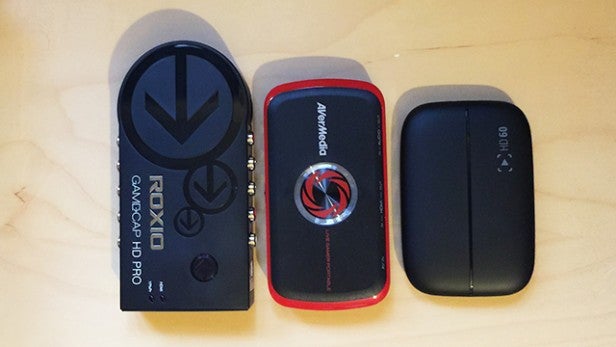 However, recording and editing software does come included with the Game Capture Pro HD and once you’ve reconciled the cable issue, you’ll see it automatically pops open when connected, leaving you to hit record or set a pre-determined recording period.

The supplied software is where Roxio is clearly hanging its hat as it definitely feels a step up from what its competitors are offering. Complete with a fairly flush editing suite, you’ll find audio and microphone support with a plethora of animations and transitions all free for you to use at will, making this more than a simple rough cut job.

You’ll also have the choice to encode and export videos into a number of different formats, should you need to spread your content around the web. 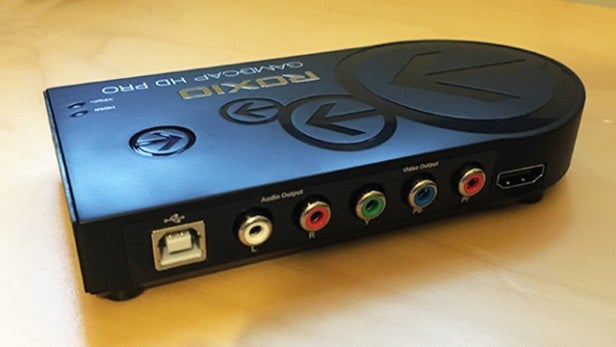 Recording from the Xbox One and Wii U is a simple plug and play affair, utilising direct HDMI connection and thankfully, since Sony updated the PS4, you can rest safe in the knowledge all three will work without the need of a component adapter or any other work around.

For me, this was the end of all the good news as the Roxio felt a bit shaky when handling next generation machines, with the software on occasion locking me out or simply closing in the middle of capture, sometimes only to be fixed by restarting my console. Admittedly these problems only occurred with the Xbox One, while the PS4 lost audio from time to time but considering most people have now shifted to capturing next generation consoles, its a fairly glaring issue.
The one saving grace being that this was a rather infrequent problem.

Verdict
Overall the Roxio Game Capture HD Pro looks to me as the no frills choice of capture device. Whilst visually lacklustre and requiring you to buy some extra crucial cables before using for the most part it still does what it says on the tin and offers a handful of nice extras in its included software, meaning for the price it’s a decent entry level capture device.

If however you’re planning on building a YouTube empire or simply recording a lot of footage, especially on next generation consoles, you’d be a lot better off spending a little bit more to grab yourself something more reliable such as the Elgato HD60 or AVermedia Live Gamer Portable.