If there’s one thing you can never seem to get enough of these days, it’s software. There’s always something you want to be able to do with your PC that Windows, despite its myriad of extra bits and pieces, tools and utilities just doesn’t seem to cover. And with the explosion in digital audio and video over the past few years, it’s something that seems to be happening more and more. 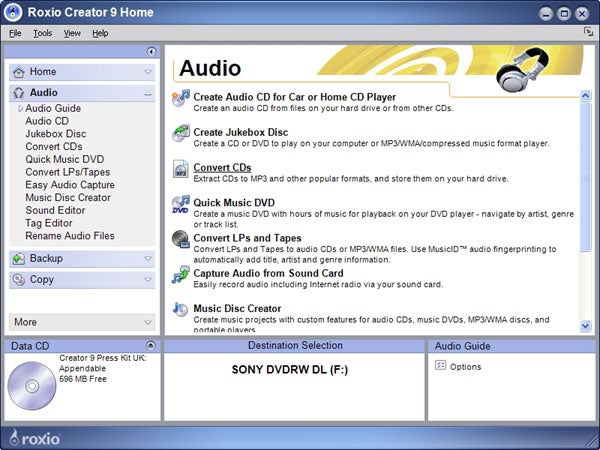 The answer is, usually, to hunt down some decent freeware or buy something off-the-shelf to do each job as you need it. But wouldn’t it be nice if the tools were just there, ready for you to use whenever you needed them? Enter Roxio Easy Media Creator Suite, which aims to do just that – put all of the tools you need, right at your fingertips.


It certainly does that, but when I looked at version eight of this suite earlier in the year, I was disappointed with the software’s stability. Like a decathlon athlete whose body keeps breaking down because of all the demands placed on it, it seemed that the mere act of squeezing all those tools into one place was just too much for it to cope with. 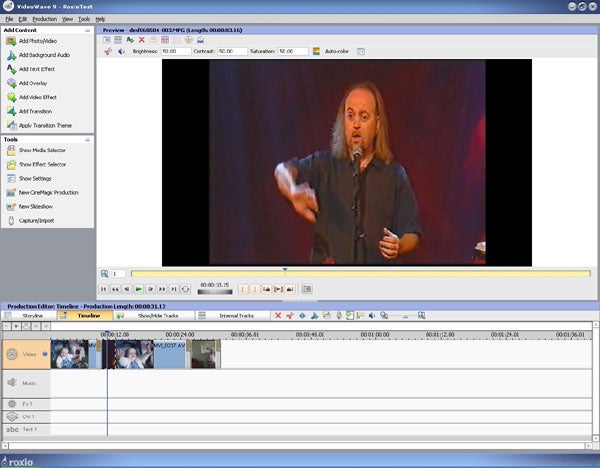 Version nine, thankfully, has been on a fitness drive, and what was once a rather dodgy Dean Macey has turned into a bit of a Daley Thompson. The flakiness has been largely ironed out, leaving a toned, honed and finely tuned piece of software, ready to compete with the best. And with a few thoughtful additions it’s beginning to look like a must have product.


Where else for a mere £60 do you get 35 separate applications including video editing with HD support, audio editing, CD and DVD burning facilities, back-up tools, photo editing and media management facilities? The range and variety of tools on offer is so mind-boggling it’s hard to know where to start. 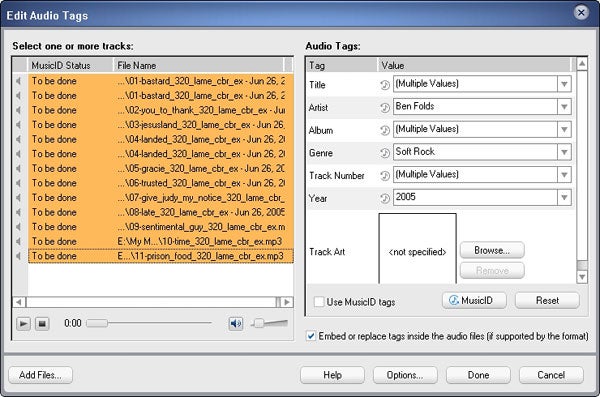 I’ll begin with what’s new. Apart from improved stability and sharper looks, Roxio has added what it calls ‘mobile’ features to the suite. This includes an extra ‘mobile’ section in the explorer panel of the Media Manager application that keeps track of any portable devices you might have plugged in. It’s there to simplify media transfers to and from your iPod, mobile phone or PSP.


What’s more impressive is that you can also set up profiles that automatically convert files that you transfer from your PC to your portable devices. This comes in handy if you ever fancy creating your own ring tones from MP3 files, for instance or you want to use a photo from your digital camera as your phone wallpaper but don’t want the file to take up too much space. Even movies can be converted on-the-fly, from AVI files, for example to 3GP format for phones, or MPEG-4 for your PSP or iPod.

To add to its already comprehensive and easy to use collection of DVD and CD burning tools, the suite also now supports Blu-ray disc creation, a must-have if you’ve just bought a high-def’ camcorder and want to transfer your footage to disc in all its crisp and pin-sharp glory.


On the audio front, a new tool has been added, which lets you capture, among other things, Internet radio streams and Skype conversations without the intrusion of system event sounds. So, if you’re recording a favourite track and an email drops into your inbox, you don’t have to put up with a ping in the middle of the track. This tool also features ‘pre-roll’ which records in the background constantly, caching 10 seconds or so of audio, so that when you hit record, you get the previous 10 seconds added to your recording. 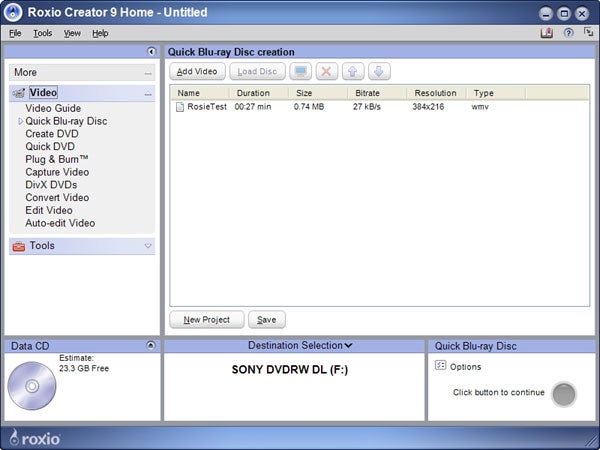 On top of that, there’s now a handy tool for editing and reformatting ID tags on your music files, and a feature called Automix has been added to the Music Disc Creator application, a tool that automatically creates playlists based on seed, or example tracks, which is quite fun to experiment with.


The already-impressive video applications – VideoWave, MyDVD and CineMagic – now have a useful ‘fit-to-disc’ feature added, among other improvements, making it even easier to create basic, yet impressive-looking home movie DVDs. This feature tweaks your movie projects automatically so that they make the best use of the disc space available, maximising the quality of movie projects without any of that trial-and-error faffing about.


And this is, remember, just what’s new. It’s also worth mentioning that the CD ripping tool includes facilities to encode not only WMA and MP3, but also OGG Vorbis, FLAC and AAC files, that there’s the facility to create music DVDs, that there’s a tool for editing audio files that allows you to ‘clean up’ hiss and background noise, a backup tool that can do incremental and scheduled jobs, and that the photo editing tools are surprisingly comprehensive too. 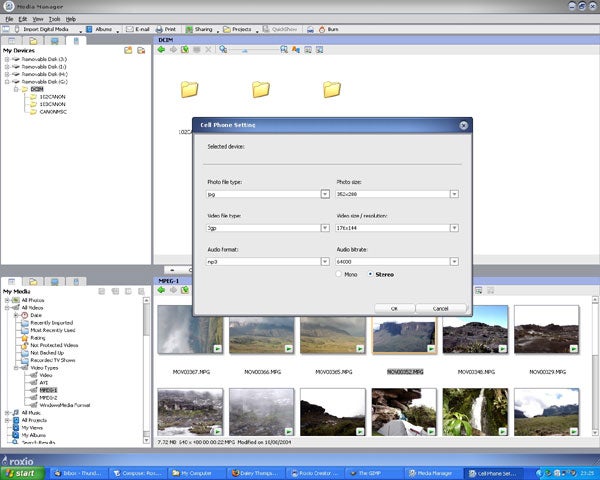 
All in all it adds up to one hell of an impressive collection. But not only does Easy Media Creator Suite 9 provide a phalanx of useful multimedia tools, it does so, impressively, while maintaining ease of use and keeping it all tightly knitted together. It could so easily be a bit of a software sprawl; amazingly, it isn’t.


The one downside is that the media manager is a little heavy on resources and sometimes is slow to generate thumbnails for photo and video files, which can be annoying. But these are small foibles that are easy to forgive once you consider how many useful features are at your fingertips elsewhere in the suite.


And now that the developers seem to have ironed out the majority of the stability issues that so plagued version eight, it’s hard to find a reason not to wholeheartedly recommend it – especially when you consider that it costs just £60.