What is the Roth Bar 2LX?

Roth’s latest soundbar and wireless subwoofer allow you to upgrade your TV’s sound quality without breaking the bank. Not surprisingly at this price, the spec is fairly basic. However, if you’re looking for an affordable, no-nonsense audio solution then it could be just the ticket – and with built-in Bluetooth you can even use it as a music system. It’s the first soundbar from Roth since the Sub Zero II, launched back in 2013.

The Bar 2LX belies its budget price tag with a smart, attractive design. At just 50mm high, the slim soundbar sits nice and low on your TV stand without interfering with the remote sensor. Its 940mm width makes it ideal for TVs between 40 and 50-inches. You can also mount it on the wall using the supplied brackets.

The bar’s curved front-end is covered by a black cloth grille, with a brushed silver strip in the middle adding a welcome splash of glamour. The top panel and back-end are finished in gloss black, giving the unit a sleek and modern appearance, while plastic caps bookend the bar. Unfortunately, the glossy bodywork is plasticky to the touch and the bar feels light when you pick it up, but at this price this isn’t a major blow.

To the left of the silver strip is a column of lights, the top three of which indicate the selected input – blue for Bluetooth, orange for the aux input and orange for the optical input. The light at the bottom is a power LED.

These lights take the place of a full display panel, which makes operation rudimentary. When adjusting the volume, for example, the input light blinks and stops blinking when you reach the maximum or minimum. Obviously, you can use your ears to gauge the loudness, but I prefer the accuracy of a text-based display.

The limited connections on the back indicate that the Bar 2LX is intended as a simple TV speaker, not a hub for your AV kit. There are no HDMI sockets for example, so you can’t run Blu-ray decks, games consoles and TV receivers through the unit.

What you will find, however, are an RCA analogue input and the all-important optical digital input, which receives audio signals directly from your TV and plays whatever source you’re watching. Don’t forget there’s also built-in Bluetooth with apt-X, which gives you CD-quality streaming from compatible devices, plus the subwoofer communicates with the soundbar wirelessly and can be placed up to 30ft away. 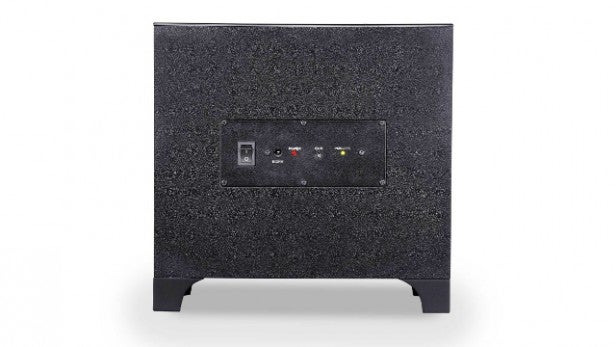 The subwoofer is impossibly small, measuring a Lilliputian 154mm high by 270mm wide – there are lampshades in my living room bigger than that. This is good news if space is tight, or if your better half is less than enthusiastic about having a subwoofer in the lounge, but it does make me wonder just how much bass such a small cabinet can produce. We shall see.

The soundbar is equipped with four full-range drivers, backed up at the bottom end by the subwoofer. Roth claims a total power output of 120W.

Aside from apt-X Bluetooth, there’s nothing else to report. There’s no Dolby Digital or DTS decoding, no sound modes to play with, and no automatic setup system – this is as basic as soundbars get.

The Bar 2LX’s simplicity works in its favour when it comes to setup. All you have to do is plug in the bar and sub, then connect your TV’s optical output. Job done. Just make sure your TV’s optical digital output is set to “PCM” in its setup menu – otherwise, you won’t hear anything.

Pairing the sub is equally simple. It should happen automatically, but if not simply hold down the “pair” button on the remote for five seconds and the corresponding button on the back of the sub. A solid light tells you the connection is successful.

The bar ships with a full-sized remote with chunky rubber keys, not the usual credit card-style zapper. It’s nicely shaped and sports a sensible layout, with separate controls for the main and subwoofer volumes. There are even Bluetooth controls (track skip and play/pause). But the plastic casing feels cheap, and when coupled with the rudimentary LED display, it makes operation seem rather clunky and old fashioned.

The Bar 2LX delivers a bigger and bassier sound than any TV, which is exactly what you want from a soundbar. TV shows and movies are reproduced with pleasing clarity and vigour, while the mini-subwoofer underpins soundtracks with a surprising amount of bass. It isn’t bad for the money, but inevitably there are certain sonic limitations that prevent a good performance becoming a great one. 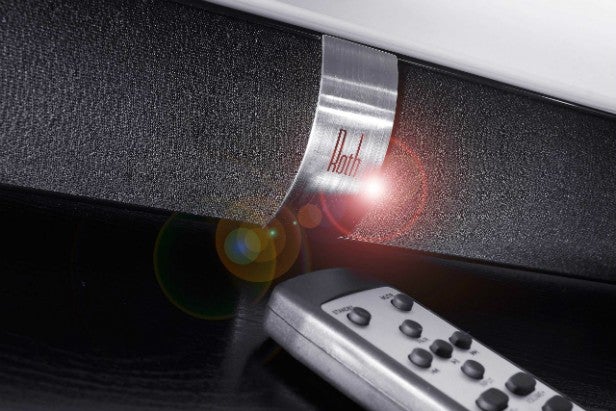 Let’s start with the positives. Fire up Pixels on Blu-ray and the computer game chaos is handled with bucketloads of energy. The bar’s feisty mid-range makes effects snappy and exciting, firing out bangs and crashes with gusto, and there’s a reasonably wide spread of sound as computer game characters whizz around the screen. As I switch between my TV’s speakers and the Roth, the latter is far more entertaining.

It also makes dialogue clear and audible amid the explosions, so you won’t miss any of Adam Sandler’s hilarious punchlines. Speech is easy to discern at lower volumes too. That pays dividends when watching TV, as newsreaders and game-show hosts’ voices are clear and focused.

And considering its compact size, the subwoofer kicks out more bass than you might imagine. There’s a thud as Pac-Man snaps his chops shut, and it rumbles enthusiastically as Donkey Kong jumps up and down – but it never sounds boomy.

So far so good, but on the downside there’s a touch of stridency when there’s a lot going on, which intensifies when you turn up the volume. Screeching tyres and shattering glass harden up and the soundstage seems compressed.

In addition, although the sub does better than expected, I still wish there was more bass on offer. You don’t get the depth and chest-thumping power of systems such as the Philips Fidelio B5 or the Cambridge Audio TVB2, which means big action scenes lack scale even with the volume levels at maximum.

However, it’s worth reiterating here that the Bar 2LX is a budget soundbar, and its sound quality is probably as good as can be expected for the money. It’s louder, livelier and punchier than any TV, and that’s the bottom line for most budget buyers.

Even better news is that the Roth makes a decent music player. Freed from the pressure of delivering huge movie dynamics, the Roth handles Bluetooth music with pleasing clarity and balance, which is fine for uncritical day-to-day listening. Bass is well integrated and the mid-range hardness is less apparent.

Should I buy the Roth Bar 2LX?

Finding a soundbar from a well-known audiomonger such as Roth at this price isn’t to be sniffed at – it’s an area otherwise populated by supermarket cheapies and obscure online brands.

The Bar 2LX is well worth a look if you’re shopping on a tight budget – the sleek, unobtrusive design looks great, while apt-X Bluetooth makes music playback a cinch. Connections and features are sparse, but as a basic speaker upgrade it has everything you need.

Sadly, there are tell-tale signs of the budget price in the Roth’s performance – primarily the hard mid-range and limited scale – but its sheer energy, clear dialogue and punchy bass make it more exciting than any TV. For most budget buyers, that’s the bottom line.

The Bar 2LX is an attractive, unobtrusive soundbar at a terrific price, but don’t expect refined performance, bags of features or sophisticated operation.