We all know how rubbish most flatscreen TVs sound, but these days there’s no excuse for putting up with it – even if you don’t have the space, or budget, for a full 5.1 surround system. Soundbars provide powerful sound quality from a single unit without making a major impact on your living space.

There are different types of soundbar available – some, like LG’s BH5521A, are a complete home cinema system and Blu-ray player squeezed into a single unit with connections and features galore, while others are designed to simply be an extension of your TV’s own speakers. Roth Audios’ Sub Zero falls into the latter category.

The Sub Zero is so-called because there’s no need to add a subwoofer thanks to the built-in Ultra Bass drivers, plus you can mount it on a wall or place it on top of a TV stand – all of which gives you plenty of placement versatility and takes up very little living room space.

Design
Although the Sub Zero doesn’t dazzle you with glitzy styling like some soundbars, it’s a tastefully designed, satin black unit that will blend in nicely with most surroundings. At 790mm it’s fairly narrow, making it suitable for TVs with a screen size between 32- and 42-inches, and with a depth of just 89mm it won’t jut out from the wall too far – certainly no further than your TV. Both ends of the bar are angled diagonally, allowing the Vector Firing (VF) Side Drivers inside to disperse sound into the room with greater width. 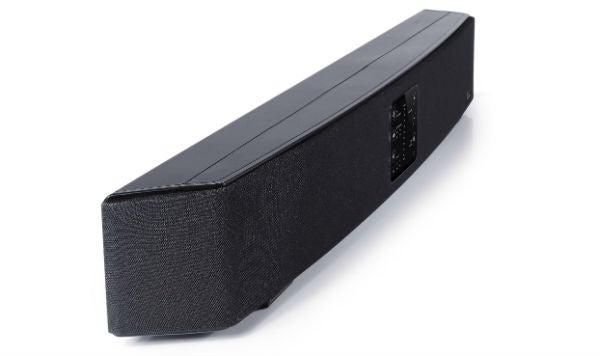 The black cloth grille that runs across the entire front section of the Roth Audio Sub Zero soundbar keeps everything nice and minimal so it doesn’t distract from what’s on screen, while the discreet control panel in the centre uses little twinkly LEDs that won’t bother you in a darkened room (plus they automatically disappear when idle). A vertical row of lights indicates the volume level, while others indicate selected sound modes. Also on the panel, large click buttons control the volume, mute, input, surround mode and standby.

Connectivity
On the back of the Roth Audio Sub Zero, the sockets are downward facing to make it easier to plug in cables while on the wall. You get a set of analogue stereo inputs, an optical digital audio input and a 3.5mm minijack input, which is perfect for on-the-fly connection of MP3 players and the like. This isn’t a particularly expansive selection of sockets but then it’s not supposed to be a hub for all your audio gear. That said, an ARC-compatible HDMI input and output might have been useful for connecting a Blu-ray deck directly, rather than having to pass the sound signal though the TV.

For wall mounting, you get a kit in the box, which is fairly simple if you’re handy with a drill, plus there’s a pair of table stands which easily clip on to the bottom of the soundbar. And as if that wasn’t generous enough, Roth is even donating a share of the proceeds for every Sub Zero sold to the British Association for Adoption and Fostering (BAAF).

Operation
Because of the simple connections and controls, it takes no time at all to rig everything up. You can connect the headphones output to the Sub Zero’s 3.5mm input (which means you’ll can control the volume using your TV remote or the soundbar’s); connect the TV’s digital audio or analogue output to the stereo input jacks (with volume controlled by the Sub Zero only); or connect a set-top box directly to the Roth’s stereo input.

Once installed it’s easy to operate. In the box is a remote control, which is larger and more substantial than the credit card-style zappers you normally get. Its layout is spacious, the buttons are large and clearly labelled, plus there are dedicated bass level controls, which could come in handy if the neighbours start moaning.

Features
There’s more going on inside this soundbar than you might expect. Behind the the Sub Zero’s grille are eight speaker drivers in total (six 40mm long throw full range and two 19mm aluminium dome tweeters), two of which are the aforementioned Vector Firing Side Drivers that enhance stereo and surround modes by widening the sweet spot and theoretically creating a more expansive soundstage.

Meanwhile, two ‘Ultra Bass’ passive woofers are included in place of a separate subwoofer, powered by a new Class HD amplifier. This is said to be more efficient that conventional analogue and Class D amps, while its compact design cuts down bulk apparently without compromising on power.

Also at play inside the Sub Zero is Fractal Expansion, an advanced processing technology that creates a wide soundstage with a two-channel signal, creating virtual centre and surround channels in a bid to replicate the experience of a real surround system. This mode can be turned on and off by hitting the Surround button on the remote.

Performance
Thankfully, all this impressive-sounding audio tech adds up to an assured performance. We rigged up a Blu-ray player via its analogue outputs with Super 8 in the tray and what struck us straight away is the sheer power on offer, which makes the 2 x 16W (RMS) rating seem very modest indeed.

The movie’s train crash scene, for example, is handled with plenty of dynamic thrust and drive, while the built-in bass drivers do a great job at conveying the impact of those massive carriages careering into each other. The speakers have no trouble filling a room, delivering a loud yet comfortable listening experience that will give your TV’s own speakers a serious case of audio envy.

The Fractal Expansion and side-firing drivers do a decent job at widening the soundstage too. We’re not talking Yamaha-quality sound beam surround sound, but the stage is certainly more spacious and involving with it switched on. Effects fly around in the spaces either side of the TV, making everything seem more open and expansive. 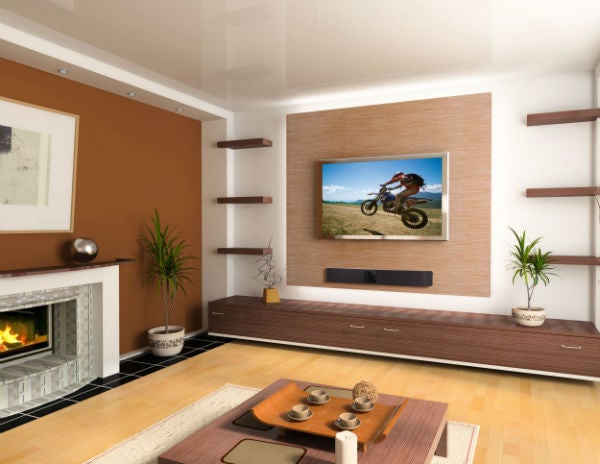 On top of this, the Roth Audio Sub Zero locks dialogue tightly to the centre of the front soundfield, allowing voices to cut through busy scenes with no trouble at all. We’re also impressed by the clarity of high frequencies, which again helps the sound feel airy and detailed – there’s no sense of soundtracks feeling boxed-in or compressed, which is hard to achieve on a soundbar with limited cabinet volume.

With a digital TV receiver rigged up, TV material also sounds clear and powerful without making more dynamic material like adverts sound harsh or distorted. If there’s a weakness it’s with music playback – the Sub Zero lacks the sensitivity and neutrality to kill you softly with its song, but to be fair that’s not its main focus anyway.

Verdict
With its tasteful, compact design, easy operation and dynamic sound quality, Roth’s Sub Zero is a fine soundbar at a great price. Even without a subwoofer it delivers a deep, powerful sound with decent detail and clear dialogue handling, and although its surround processing isn’t a patch on Yamaha’s Digital Sound Processors, it achieves a pleasing sense of width and space.

It’s also easy to install and use, and thanks to the choice of wall or tabletop mounting – not to mention the lack of a subwoofer – there’s plenty of flexibility when it comes to placement.

Bear in mind though that it’s a fairly simple unit with sparse connections, no HDMI and no Dolby/DTS processing. It’s designed as an add-on to your TV and not really ideal for those who want to run lots of sources through it – if that’s what you had in mind, you’re better off looking at a more comprehensive soundbar system like LG’s BH5521A.