Star of the show in terms of Roth BAR3 features is built-in Bluetooth, making it easy to stream music wirelessly from PCs, phones and tablets. Elsewhere there are eight sound modes (Cinema, Theatre, Sport, Game, Small Hall, Large Hall and Opera) but that’s your lot.

In terms of spec the soundbar kicks out a claimed 2 x 40W of power with 60W from the sub. The soundbar features six midrange drivers and two tweeters and covers a frequency range of 40-20kHz.

For wall mounting Roth supplies all the bits you need in the box, and when placing the Roth BAR3 on a flat surface there are rubber pads on the bottom to cushion vibrations.

Rigging it up to your TV is simple using an optical cable, but make sure the set’s digital output is set to ‘PCM’ as there’s no built-in Dolby or DTS decoding. Audio is passed from a Blu-ray player through the TV to the soundbar, making this the simplest way of connecting in the absence of HDMI sockets. Alternatively you can connect your TV’s headphone jack or phono outputs to the soundbar’s minijack input.

Connecting via Bluetooth is also dead easy. The BAR3 appeared instantly in our iPod nano’s list of devices and the connection was consistently secure. That goes for the subwoofer too, which connects to the soundbar automatically and didn’t drop out once. 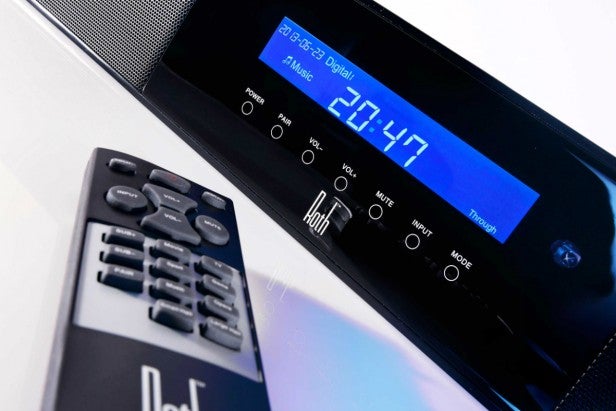 However, we’re not exactly enamoured by the Roth BAR3 remote and its remarkably chunky rubber buttons that require a forceful press to make each command register. The volume, input and mute buttons are helpfully separated at the top of the handset and we like the inclusion of dedicated subwoofer volume controls, but the cluster in the middle (including a button for each sound mode) seems like overkill.

Feed the Roth BAR3 with a movie and it does a fine job of upping the volume and excitement levels, projecting voices, explosions and effects into the room with pleasing gusto. We wouldn’t say this is a particularly refined or audiophile-pleasing performance – it doesn’t dazzle you with detail or shake the room with sheer muscle like the very best soundbars – but its dynamic, bassy sound will certainly make you wonder why you put up with your TV speakers for so long.

Turning once again to our trusty Hobbit Blu-ray, Roth’s soundbar tackles the movie’s big action scenes confidently. During the escape from Goblin Town, for example, the clashing swords, snarling goblins and clattering footsteps on wooden bridges are clear and realistic. There’s no distortion or harshness amid the carnage when you turn the volume up, which means the relentless bangs and crashes sound exciting without straining the ears. 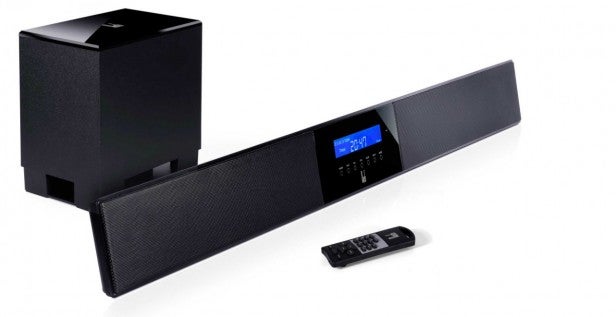 It may not mine for detail as deeply as soundbars from the likes of Philips and B&W, yet there’s a crisp, sprightly character that stops it sounding boxed-in. During quiet scenes, you can hear background ambience like the gentle chatter of wildlife and rustling wind, which gives the impression of texture and space. Dialogue is intelligible too, and when Gandalf or Azog speak their voices have the required heft.

After calming the Roth BAR3 sub down using its dedicated volume controls (Its default setting is too boomy), it started to lend pleasing levels of depth to every scene without drowning out the other speakers. It’s not the most agile sub we’ve heard, often rumbling vaguely when it should be punching tight bass into the room, but it still achieves a level of meatiness that your TV can only dream of, and that’s good enough for us.

Roth dispenses with the usual ‘virtual surround’ mode offered by most soundbars (which are usually a waste of time) and concentrates on delivering focused stereo sound, and we admire them for it. The sound modes that do exist don’t add bring much to the party, either making the sound too echoey or compromising clarity – we much prefer the bog-standard ‘Through’ setting.

The Roth BAR3 puts these clear, unfussy characteristics to good use when playing music via Bluetooth, providing a even balance across the frequency range and making instruments and vocals sound clean. The lack of high-end sparkle left the hairs on the back of our neck unmoved, but we can’t argue with the energy and composure it brings to the table.

Should I buy the Roth Audio BAR3?

If you want a simple stereo soundbar primarily for watching TV, then the BAR3 will seem like an ideal purchase. There are no HDMI inputs, no complex pseudo-surround tech and no fancy design quirks – it’s a straightforward speaker designed to sit discreetly by your TV and increase your audio enjoyment tenfold. On that score it’s a success.

The wireless subwoofer and Bluetooth aren’t to be sniffed at either, plus it’s easy to install, easy to use and delivers entertaining sound quality – although it stops short of the wow factor.

But BAR3 comes a cropper when you start looking at what you can get for the same money elsewhere. Soundbars in the same price ballpark, such as the Philips HTL5120, Samsung HW-F551 and LG NB3730A, offer more features, prettier designs and superior sound quality. But that doesn’t alter the fact that BAR3 is a likeable soundbar that’ll win many fans anyway.

BAR3 is a simple but great-sounding speaker bar with a compact design and built-in Bluetooth, but you can get more for your money from the competition.