For the final time, Ken Ishiwata takes a perfectly capable piece of mainstream electronics and turns it into something considerably better. There’s no denying he was a maestro.

For well over four decades, Ken Ishiwata was in the business of improving already pretty decent pieces of hi-fi, mostly for Marantz. The closest the hi-fi industry came to a mainstream personality, Ishiwata particularly enjoyed bringing performance hikes to attainable equipment – and as a result, the Marantz range of ‘KI Signature’ amplifiers and CD players remains highly prized to this day.

Having parted ways with Marantz, Ishiwata began working his magic at Rotel. But upon his death, at the end of 2019 at the age of 72, he left a couple of projects unfinished. These included upgraded versions of Rotel’s CD11 compact disc player and this A11 integrated amplifier. Having had the last of the development work completed to the Ishiwata family’s satisfaction, Rotel has released them as the ‘Tribute’ editions. And as is only right and proper, the fascia features the Japanese character for ‘respect’.

Rotel A11 Tribute price and availability

The Rotel A11 Tribute stereo integrated amplifier is on sale now, priced at £499. It’s also available in the United States, where it will set you back $799. Australian customers, meanwhile, are looking at something like AU$1099.

Rotel A11 Tribute design – Bland or understated? You decide…

When a stereo integrated amplifier sells for this sort of money, ‘design’ isn’t really something that happens to it – the basic template was laid down years ago, when hi-fi separates were the only serious option. So, the A11 Tribute is sized to fit happily on a kit-rack (H93 x W430 x D345mm) and is faultlessly built from chunky-looking and feeling aluminium; it weighs a fraction less than 7kg. 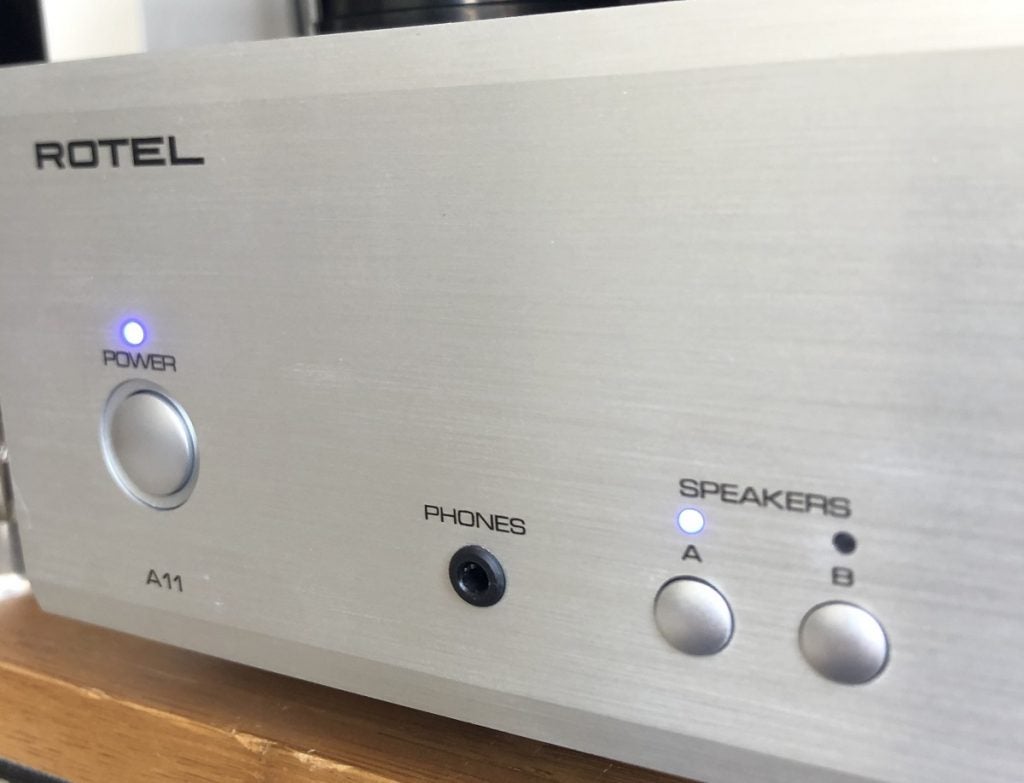 There are physical buttons on the fascia for input selection, tone control, display intensity, speaker switching and, of course, power and volume control. There is a 3.5mm headphone socket, too. Despite this, and despite the monochrome display’s rather low resolution, the A11 Tribute manages (to me, at least) to look quite classy and understated. The ‘Tribute 敬尊’ badging doesn’t do any harm in this regard, either.

Rotel A11 Tribute features – Plenty, and yet somehow not quite enough

By the standards of the sort of products with which Ken Ishiwata first made his reputation as a sort of hi-fi hot-rodder, the Rotel A11 Tribute is extensively specified.

Its oversized toroidal transformer helps it churn out 50 watts of power, and it’s deep-breathing enough to power two sets of speakers at once should you so desire. Under the bonnet there also sits a Texas Instruments 24-bit/192kHz high-resolution digital-to-analogue convertor, which deals only with Bluetooth streams. There’s a little Bluetooth receiver on the rear, along with the suite of four line-level inputs, a moving-magnet phono stage for turntables, pre-outs for use with a power amplifier, and binding posts for two sets of loudspeakers. 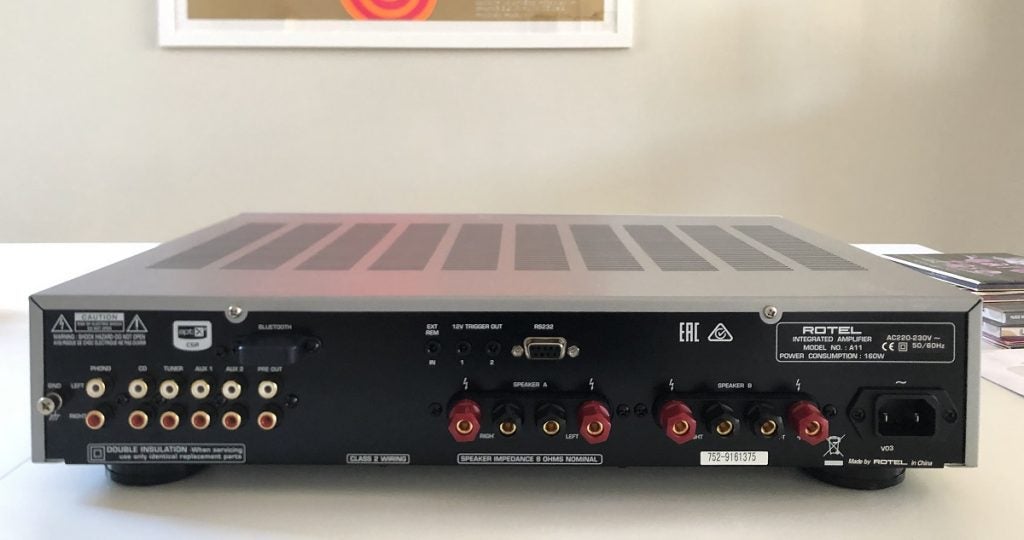 It’s the innards of the A11 Tribute with which Ishiwata busied himself. Of course, the upgraded transformer, capacitors and resistors aren’t visible to the end user any more than the additional and redeployed damping of the chassis. But then you always did need a screwdriver if you wanted to see what Ken Ishiwata had been up to.

I understand, of course, this is intended to be an integrated amplifier of the old school, and I understand that tricking it out with digital inputs or perhaps a comprehensive streaming module may well have compromised the carefully designed signal paths already running. Nevertheless, it seems just a bit of a wasted opportunity to have specified – and then fettled – a super DAC and then made it accessible only to incoming Bluetooth streams. 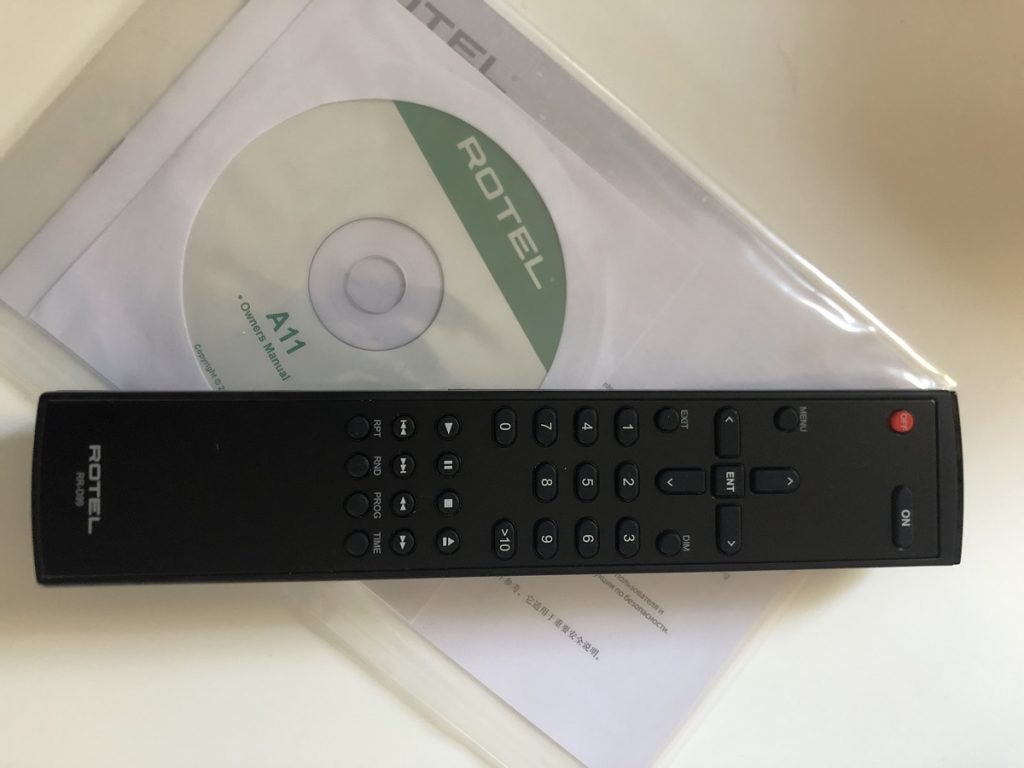 Control is available via the fascia, everything from volume and switching speakers to input selection and tone control. Or there’s a remote control – it’s either too big, or its unilluminated buttons are too small, or both. Either way, the display (as lo-res as the onboard DAC is hi-) will let you know exactly what’s what.

As luck would have it, there’s a Rotel CD11 Tribute (£399) nearby, so it seems only right and proper to begin testing with the two of them joined together. And when it’s driving an appropriate pair of speakers (Bowers & Wilkins’ 606 S2 Anniversary are a good match and a celebratory special edition of their own), the A11 Tribute doesn’t waste much time in laying down the law.

With a CD of Kanye West’s 808s and Heartbreak spinning, the Rotel establishes a big, open and well-defined soundstage – it makes following each individual element of the recording simplicity itself. Despite the very welcome amount of breathing space on the stage, the A11 Tribute sounds unified – each strand of the recording relates to and interacts with every other strand, giving an authentic sense of performance.

This integration and facility with the timing of a song, where every instrument reacts harmoniously and sympathetically to every other, ensures the Rotel sounds convincingly musical and coherent. 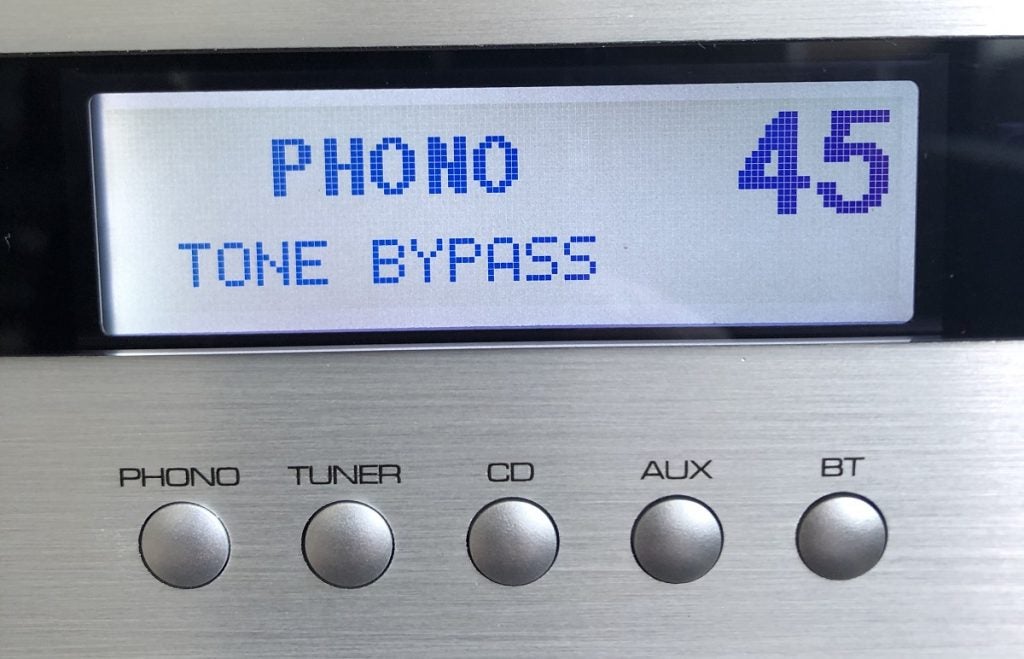 It helps that the low frequencies are so well controlled. The entry into and exit from each note or hit of this album’s numerous bass sounds is clean and straight-edged – there’s no blurring or smearing of the bottom end, and there’s a proper sense of momentum as a result. And this control means the mid-range is free to get on with its job of communicating West’s endless complaining without hindrance from below.

Mid-range detail levels are high, too, just as they are at the top of the frequency range. There isn’t quite the zip or drive from treble sounds as there is below, but equally there’s little splashiness or hardness to the top-end when it starts to clatter (as it does constantly during this recording). Erring on the side of caution isn’t unusual where treble reproduction is concerned, but it does mean the A11 Tribute doesn’t quite have the treble shine that West’s productions tend to deploy. 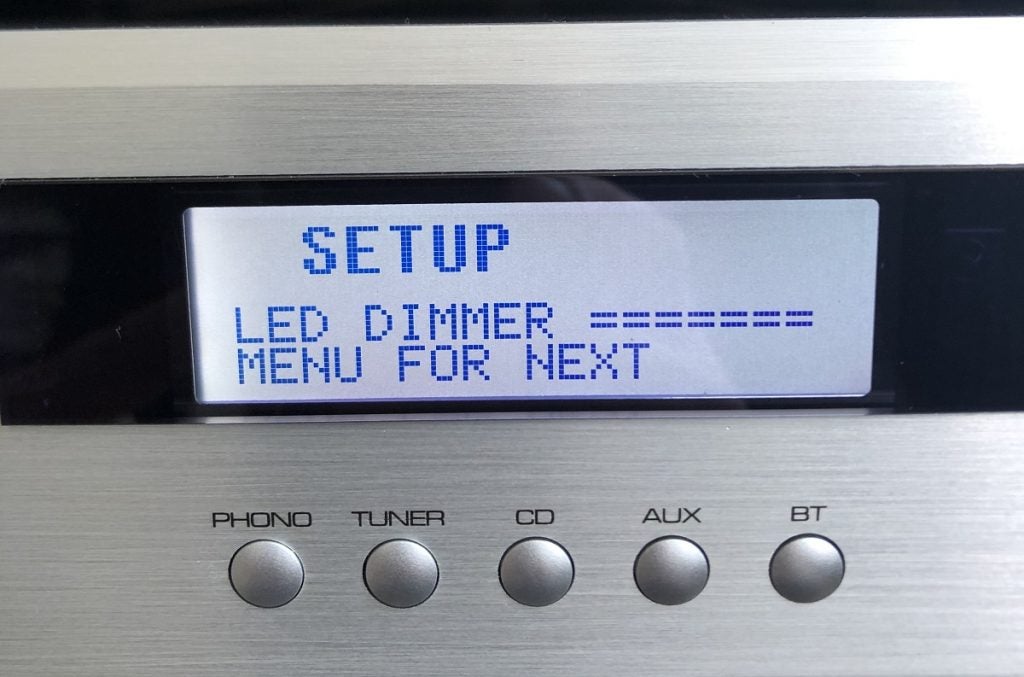 In dynamic terms, too – broadly speaking, an amplifier’s willingness to switch, instantly if necessary, from ‘quiet’ to ‘loud’ and then maybe to ‘louder still’ – the Rotel plays it slightly safe. You’ll be able to hear the difference between ‘quiet’ and ‘loud’, of course – but the A11 Tribute nevertheless sounds slightly inhibited. I’m pretty sure Rotel would consider this characteristic ‘mature’ and ‘considered’, but I’m going with ‘inhibited’.

It’s a similar story where both the phono stage and the Bluetooth receiver are concerned. A Tidal Masters file of Lana Del Rey’s White Dress enjoys broadly the same characteristics as the CD playback, with perhaps a slight reduction in low-end positivity and a slight increase in top-end edginess.

A 180g re-issue of Nick Cave & The Bad Seeds’ Abattoir Blues, meanwhile, shows the Rotel’s phono stage to be an open, revealing listen; but, if anything, the rather reticent top-end gets even shyer when listening to vinyl.

Without doubt this is £500 well spent. What the Rotel lacks in digital audio options it more than makes up for with the spacious, informative, and thoroughly musical sound it makes through the input options it does have. And let’s not forget, this is a slice of never-to-be-repeated hi-fi history.

You should buy the Rotel A11 Tribute if…

You should not buy the Rotel A11 Tribute if…