Available on Xbox One (reviewed), PS4
This should have been a new beginning. It’s the first PGA Tour on a new generation of consoles, and also the first with a new cover star, Northern Ireland’s Rory McIlroy. It’s a chance for EA to pull one of its oldest and best-loved franchises out of the doldrums it sunk into in the later Tiger Woods years, and to expand the horizons of one of gaming’s most conservative genres. Rory McIlroy PGA Tour could have been and should have been great.

Instead, it falls somewhere on the fringe of greatness, nearly on the green and within sight of the cup, but frustratingly short of target. It’s a alright-looking golf sim with finely-honed gameplay and a few smart surprises on the way, but it only feels like half the full package. PGA Tour does what it does very well, but the more you play, the more you notice what’s missing, and the more you wish it did just a little bit more.

Let’s talk about the stuff where Rory lands it on the fairway, not the scrub. The graphics have their weaknesses, including texture pop-up, some peculiar artefacts and the odd, weird shimmering effect, but this is still a reasonable leap forwards from the last Tiger Woods. The vegetation is lusher and more lifelike and the scenery more coherent and believable. Golfer animation is more fluid and convincing, with some great animations that take you through the whole gamut of emotions that the noble sport inspires, from joy and exhilaration through to frustration and raw misery.

There are also some beautiful little touches, like flies circling the green or the little muddy crater left by a fast-dropping ball, even if we could do without the slightly weird-looking critters ambling up and down the course. What are they up to? Are they planning to attack? Even the lighting and shadow effects add to the overall atmosphere. This might be no next-gen knockout, but it’s still comfortably the best-looking golf game we’ve seen. 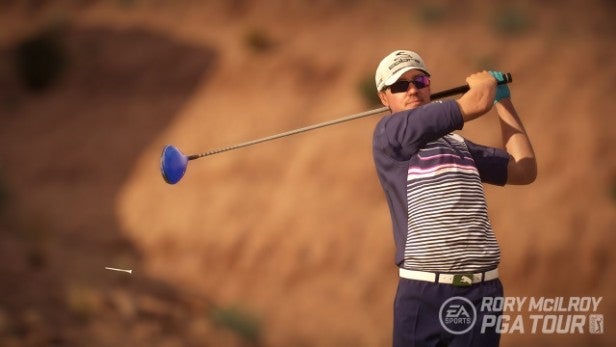 The core game mechanics are extremely solid too. PGA Tour has three control modes, ranging from a simplified analogue swing to the classic three-click method and a more sophisticated analogue swing with shot-shaping, draw and fade. The first will suit beginners and casual players and the second old-school players, while the last offers a more satisfying challenge, but all three systems work well and allow for different styles of play. What’s more, you can customise things so that you can have the more authentic stroke-making of the full analogue swing but the zoom-in and targeting aids of the easier control modes – a pretty good balance, all things told.

In short, it looks great and it plays great too. It even sounds great, with brilliant crowd effects and a mostly convincing commentary from Frank Nobilo and Rich Lerner of the NBCSports Golf Channel. Frank and Rich get things entirely wrong from time to time, praising a six-iron shot that sees the ball sailing right over the green, or ridiculing a chip that ends up inches from the hole, and it doesn’t take long before repetition starts kicking in, but it’s surprising how much a commentary that actually relates to the player, the tournament position and the challenges of the current hold adds to the atmosphere. The two also have a lot of fun when it comes to some of the wilder and whackier inclusions. 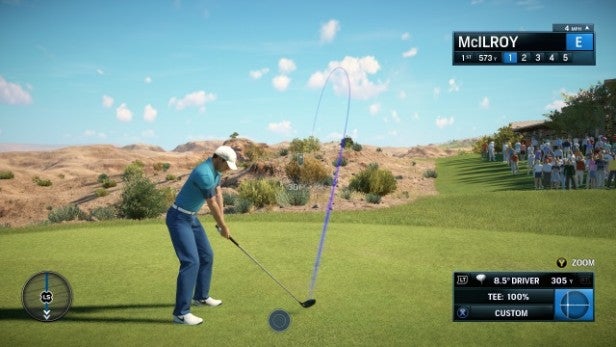 In fact, one of the strengths of PGA Tour is that EA Sports seems to have rediscovered its sense of fun. Not only do we get a couple of fantasy courses, with one based on Battlefield 4’s Paracel Storm map (our commentators have a field day here), but a new single-player challenge mode, Night Club, which is the closest to an arcade challenge game that PGA has ever got. Hitting targets, smashing balls through boost rings and portals and smashing virtual glass plates is pretty entertaining stuff, with more boosts and characters to unlock and a stream of fun holes. When the boosts include a sticky ball, a high-speed boost ball and a remote-controlled ball each challenge becomes a little puzzle, as you work out how to get a high score with the tools and hole layout provided.

But now we start coming to where Rory’s debut outing smacks the ball deep into the bunker. For solo players, we get straight single-player match play on any course, Night Club mode and a Pro Career mode. Some folks have complained that the latter cherry-picks only a few holes from each round while playing through the tournaments – a choice which adds pace and drama at the expense of a complete experience – though this is actually something you can change in the Career mode’s settings menu. All the same, it’s a pretty slight career mode and a pretty slight package overall. While previous PGA Tours have sometimes gone overboard on game modes, you’d think there’s a happy balance between far too many and far too few. 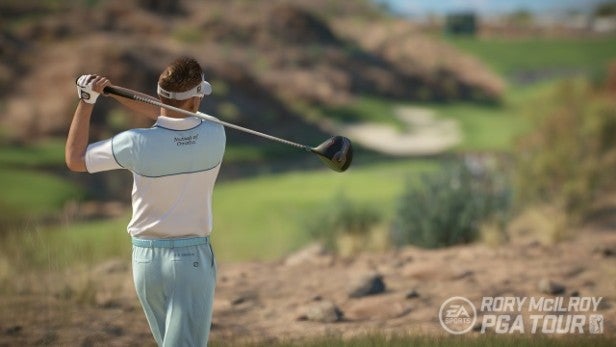 Player customisation features aren’t too expansive either. There are precious few options as far as face types, body types, hairstyles, facial hair and accessories go, and not even a huge selection of clothes, shoes and equipment. It’s hard to build a player who feels like your own. This doesn’t change as you spend time with them either; while you have attribute bonuses you can add to upgrade slots, the system feels a little opaque and it’s hard to gauge the effects. Some of this might seem like small stuff, but it matters to fans of the series. Many want to feel like they have a real avatar on the greens and fairways.

Multiplayer feels slightly sparse and unimaginative, with daily and weekly only tournaments to complete with and basic four-player, head-to-head matches. The tournaments promise to apply different rules, while the head-to-head games have everyone hitting-off at once, but you can’t help wishing EA Sports would being something new and unexpected to the tee. 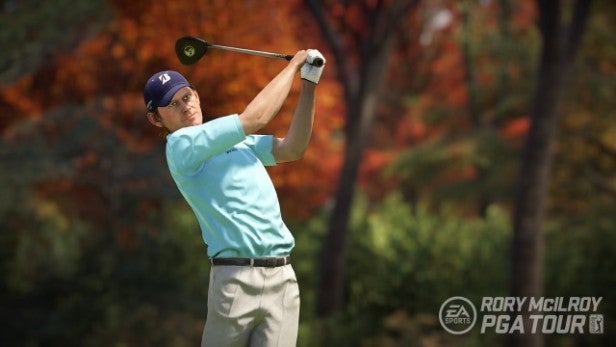 The final disastrous stroke that sends the ball spinning into water is the course selection. Of the 13 available at launch only 8 are real-world courses. While these include Royal Troon, TPC Sawgrass, Whistling Straits and St. Andrews, fans will still be disappointed by the lack of Augusta, Pebble Beach, Spyglass Hill and Torrey Pines, while TPC Scottsdale is a pre-order bonus and will disappear from other players’ course lists after the first 60 days.

To be fair, the fantasy courses are great to look at and fun to play and EA promises more courses as DLC soon after launch, but this still feels like a game where much of the content has yet to arrive. This goes for the equally short list of playable PGA personalities as well. EA can fix this stuff with free DLC, but if they start charging for the extra players and courses, well, I wouldn’t like to see what the more vociferous fans might say online. It’ll make the whole Forza 5 debacle look like a picnic.

Verdict
Rory McIlroy PGA Tour plays a great game of golf and has noticeably better graphics than the series previous-gen outings. There’s not an awful lot wrong with the core game, and there are some nice surprises. The problem is that the lack of modes, courses, customisation options and players makes it feel only half-complete. This is a problem EA can fix with free DLC, but for now this feels like the foundation of a brilliant golf sim rather than the finished article.