So what can you actually watch? Well, at first glance there’s plenty. There’s 500 plus channels, so not quite the 1,000 channels available in the US, but that’s more than is available on Google Chromecast, which doesn’t have its own dedicated Channel store like the Roku. Additionally, there’s a section dedicated to apps, themes and a handful of games – just don’t expect to play Dead Trigger on this.

There are free channels as well as subscription based services and one-off payment content. Prices range from 69p for apps like Flappy Bird clone Birdie, £1.49-£2 for some monthly subscriptions to channels like Fight Box live and £6.99 to be able to stream content from Dropbox.

When you head to the Channel Store you’ll find categories for
Featured, New, Most
Popular, Top Paid, Films & TV. Games, News, Music, Internet TV,
Photos and Video, International content, Food, Special Interest,
Scrensavers & Apps, and Religion & Spirituality. Content is
definitely diverse and if you like easy access to content from around
the world, then you’ll find it useful. Looking to watch the best of
Nollywood on Nigerian TV? You are in luck. 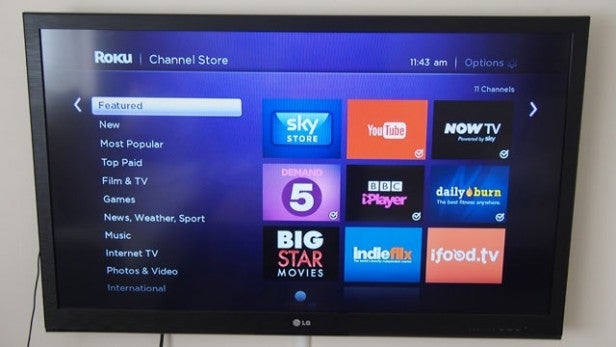 Most of the high profile streaming apps are covered and offer a familiar experience if you’ve used them on a games console for instance. There’s Netflix, iPlayer, YouTube, Now TV but there are some omissions like Amazon Instant Prime Video. The music applications are really useful with support for TuneIn Radio and Spotify so you can play music through your TV. 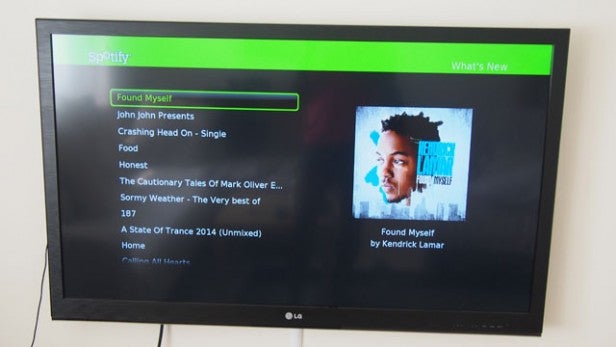 Facebook is the only social networking site supported but it’s a very streamlined version where the emphasis is on casting videos and photos uploaded to your TV. You’ll need to go to Facebook to grab a code to tie the two services together. What you get is a simplified Facebook interface where you can access news feed photos and video. 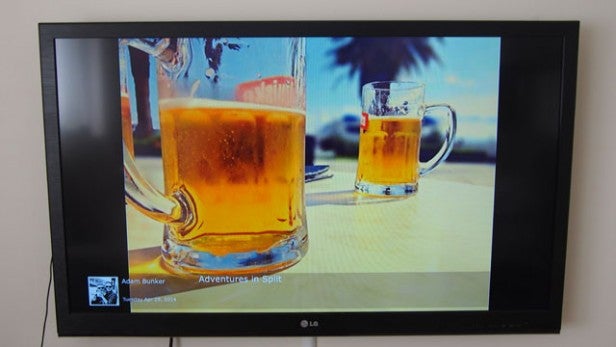 The Roku interface is extremely easy to navigate. It’s dominated by the grid of channels on the right with shortcuts to the Channel Store, My Channels and Settings on the left. In the settings you can configure things like display type, screensavers and audio modes if you want to add 5.1 and 7.1 surround sound support. Up top next to the time display is the options tab that illuminates when you hover over a channel giving you the option to rate the channel, remove it, move it so it’s quicker to access or simply close the window. 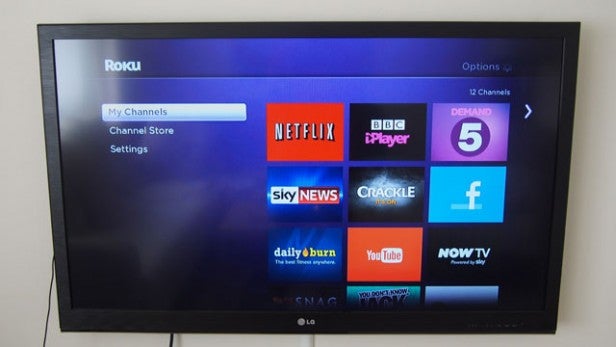 If there’s one feature that the interface really lacks it’s the search functionality available on the US version of Roku. This allows you to simply type in an actor or film title to generate results with related content. Perhaps Roku will add it in a software update but it would have been nice to have it at launch.

The good news is that the Roku Streaming stick has 802.11n dual-band wireless supporting 2.4 GHz and 5 GHz frequencies. The Chromecast in comparison only supports single-band 802.11n wireless connectivity. The benefits are that you should expect a more consistent and reliable internet connection to ensure smoother more reliable streaming particularly for HD content. In our time there were no issues with buffering or laggy performance, albeit our router was in close proximity to the TV.

Where there’s more of a concern is some of the slow app loading times. Roku hasn’t revealed details about the RAM or CPU packed into that small body, so it’s difficult to speculate on why this might be. An app like Netflix can take just under a minute to launch and while that doesn’t sound like a great deal of time to wait, compared to the same application on a games console or even running it on a laptop, it’s definitely more laboured. Even when you are rebooting, it can take a few minutes to get back into the interface and some will find this part of the Streaming Stick slightly frustrating. 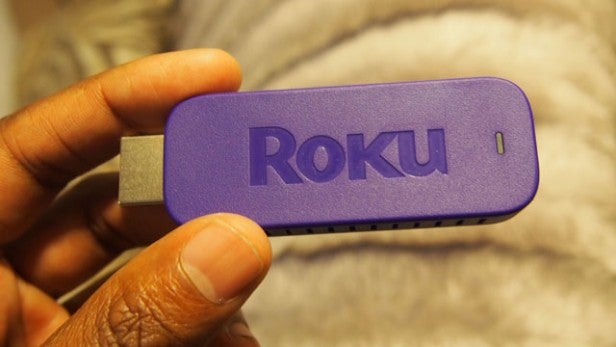 Should I buy the Roku Streaming Stick?

If you are more than happy to take an HDMI cable and plug a laptop into your TV, then this is probably not for you. The same can similarly be said if you own a modern games console such as PS3, PS4, Xbox 360 or Xbox One – these devices can already do much of what the Roku streaming stick can do. Where it will have appeal is offering a really simple solution to get the smart TV experience without having to invest hundreds of pounds on a new TV.

The Roku Streaming Stick is extremely easy to set up even if it can take some time, but once you are up and running navigating the interface and watching TV shows or films can be done effortlessly. It does have some performance issues and high-profile content aside, there’s plenty of offbeat content most will probably ignore.

Where it lacks in comparison to the Chromecast is the flexibility to send content from your smartphone or tablet. Sharing stored photos and music has to be done from the Roku app so you can’t send mirrored content directly from a browser. For the extra £20 it costs to own the Roku Streaming Stick you are essentially getting a dedicated channel store and a bundled remote that’s easily replaceable with your phone or tablet.

Roku has a more established platform, but now that Google has opened up the Chromecast api to developers there’s greater potential with Google’s dongle. For those who want a simple way to stream content to a HDTV, Roku’s streamng stick makes a good start but there’s room for improvement.

Despite lacking the Chromecast’s more interesting mirroring potential, the Roku Streaming Stick is a cheap and easy way to make your TV smarter.

Next, read our Google Chromecast review