The Roku Express is a full HD streaming device that brings all manner of streaming services to non-smart TVs, including Netflix, Amazon Prime, BBC iPlayer and Now TV. It’s the company’s most affordable unit, and the 1080p sibling to the pricier 4K Streaming Stick+.

Now in its second generation, it claims to offer a five times faster performance than its predecessor.

It’s a competitive market, though. It goes up against the excellent (and still available) Chromecast from Google, as well as the newly refreshed Amazon Fire TV Stick. 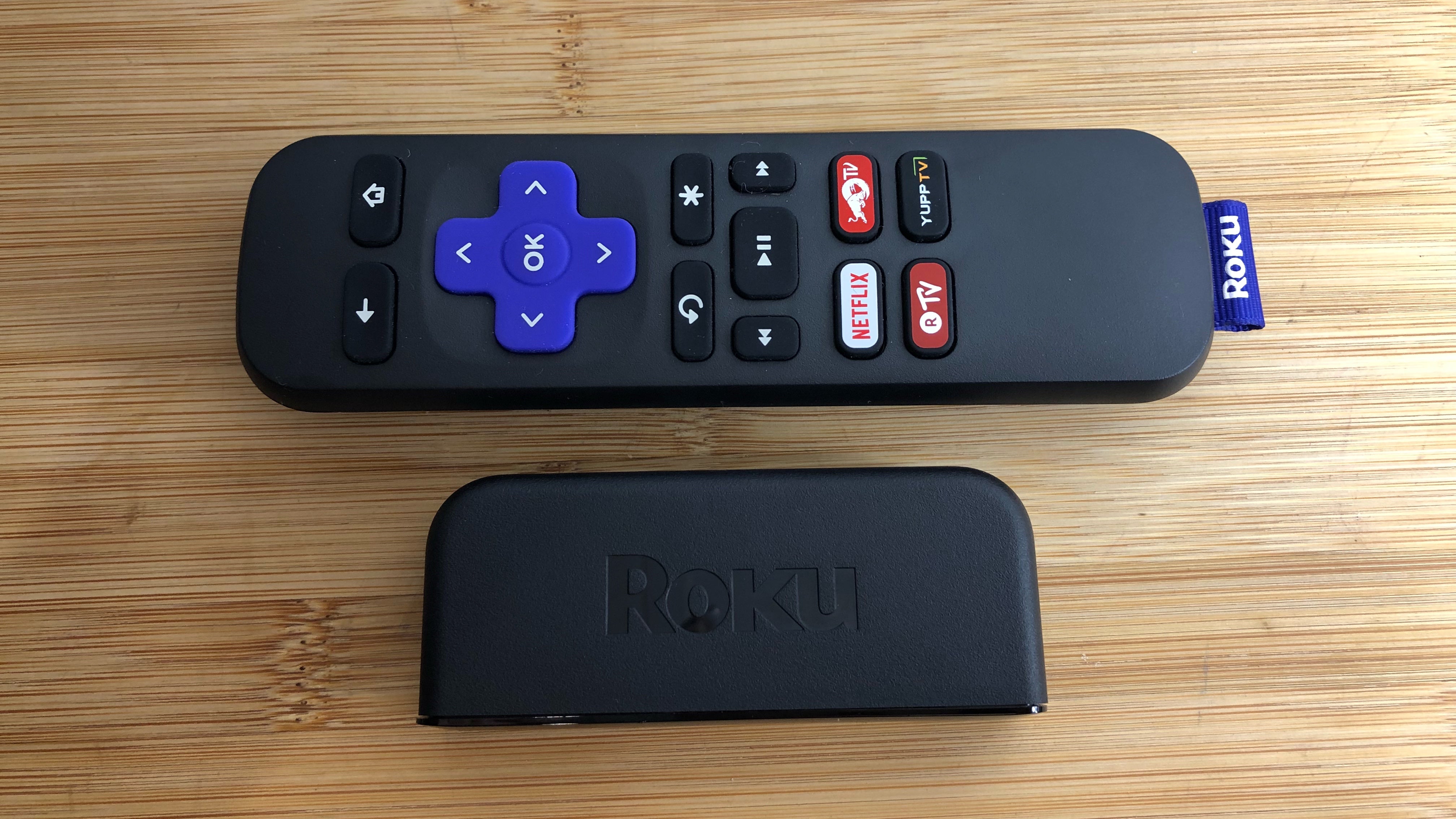 We’re more used to devices of this ilk taking on a dongle design – Amazon’s compact Fire TV Stick, for example – but the Roku Express does things differently.

It takes the shape of a small black plastic box that sits just beneath your TV. Leads connect via an HDMI port and into a USB socket for power. As a result, it isn’t as tidy and tucked away a solution as some of its competitors, but it can be helpful if your TV’s back panel is a bit of a squeeze.

It comes with a small remote to control all the basic navigation and playback functionality, alongside a handful of shortcut buttons on the unit itself. This includes Netflix, and a more questionable selection of Red Bull TV, Rakuten TV and Yupp TV.

It would have been more useful to have buttons for Now TV, Amazon or iPlayer here, but I’m assuming these companies have paid for their presence on the device. 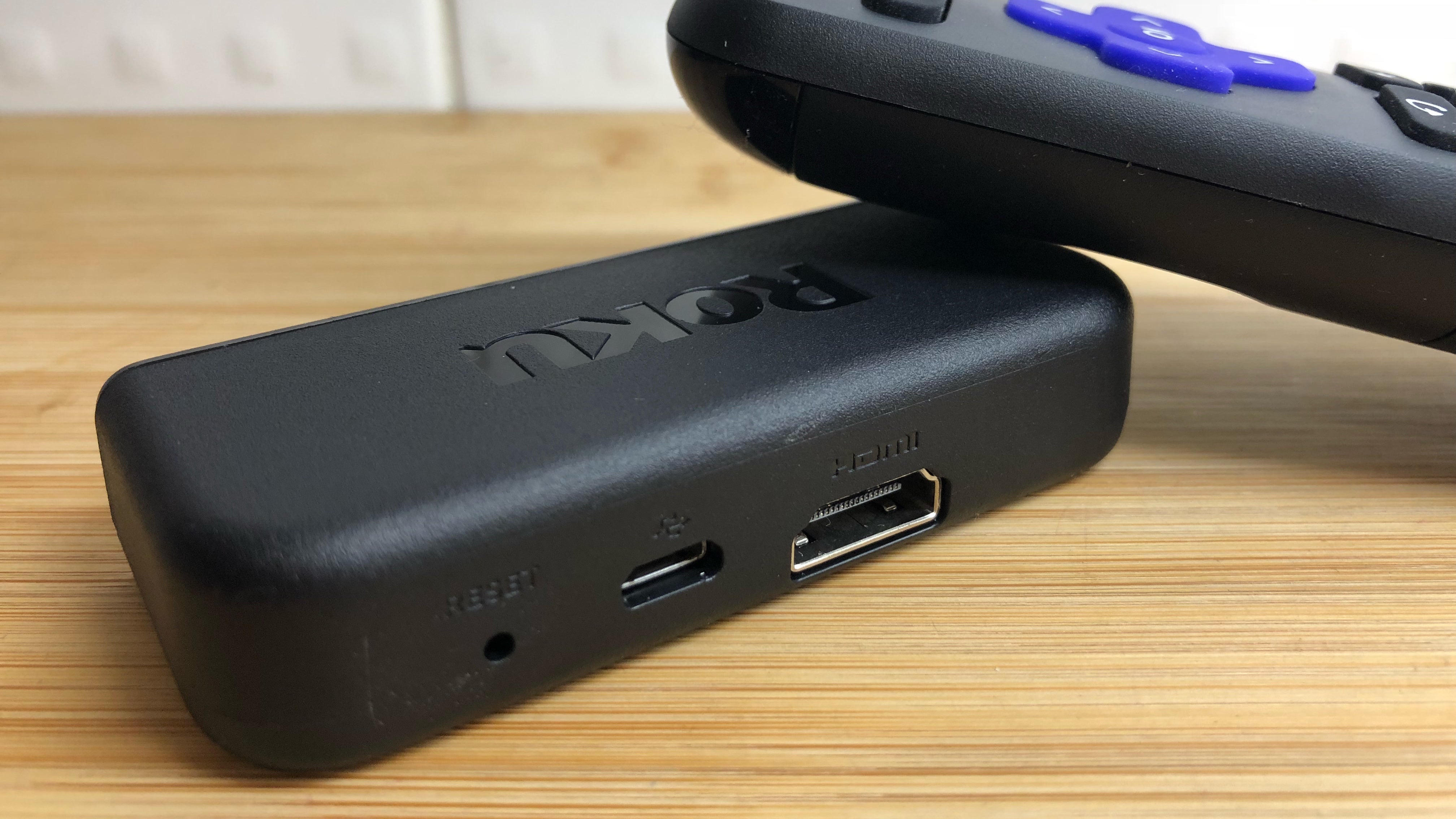 Getting the Roku Express up and running is as simple as plugging it in and following the on-screen instructions. These walk you through connecting to your Wi-Fi network, as well as checking for any firmware updates before you get started.

You might notice the setup screens are a little fuzzy, but don’t worry – they’ll run at 720p until the Express is able to check your display and connection; it will optimise itself accordingly. Mine switched to 1080p immediately, but if your internet connection isn’t as good, you’ll have to live with Roku’s recommendations – there’s no ability to hardwire via Ethernet.

Once that’s all completed, you’ll be asked to go to Roku’s website to register your device. Here you can easily pick the services you want to download to your Express. You can add more later, but this gives you a starter for six.

There’s plenty to choose from: Netflix, Amazon Prime Video, BBC iPlayer, All 4, ITV Player and Demand 5 are all present and correct. For Sky content, you even have access to Sky Store and Now TV.

You’ll find thousands more – split into genre – in the channel store, including family options such as Disney Life and music playback from Spotify and TuneIn Radio. There are also over 100 games – but they can’t compete with the better-quality selection available on Amazon’s app store. 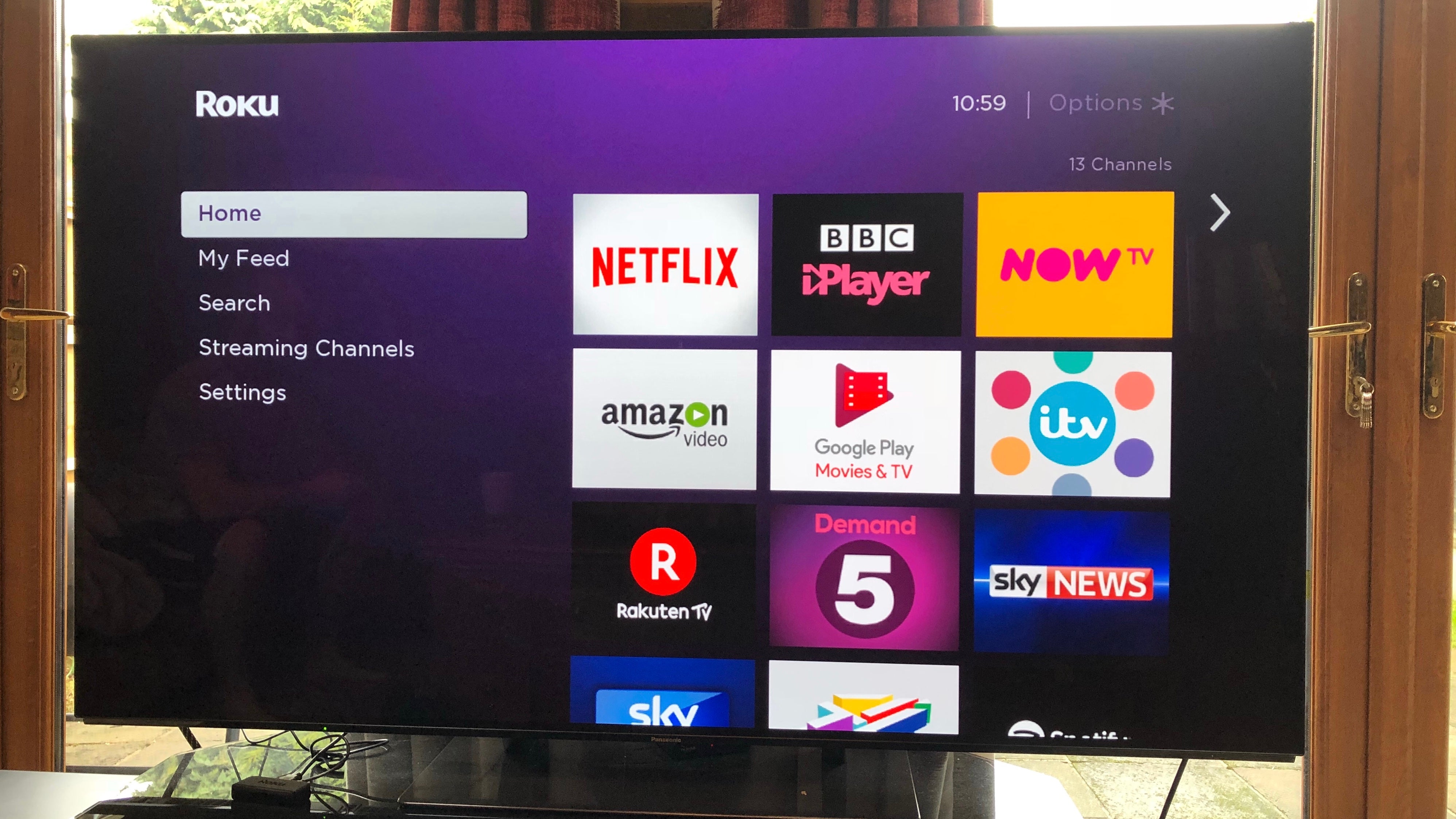 Move across to select an app and some adverts from streaming services will appear on the left of the screen. The programme suggestions are supposed to adapt to suit your tastes over time, but it hadn’t throughout the time we tested the device. Note that you can turn off personalised adverts in the settings, if you prefer.

The menu is pretty straightforward and includes settings, a search function and a link to the channel store for browsing more apps. There’s an option to ‘follow’ movies or actors too, which will then alert you to relevant price drops and new availability. Once again, this applies only to content from Amazon and Now TV.

The Roku Express’ interface isn’t the most elegant I’ve seen. However, it’s clean, clear and easy to navigate.

I’ve noticed that some of the apps have more dated interfaces than you’ll see on some competitors, though. Apps such as Amazon and Spotify make do with a rather basic layout, and in some respects, more limited functionality. For this reason, if you’re a Prime subscriber then you may be better looking at a Fire TV Stick. 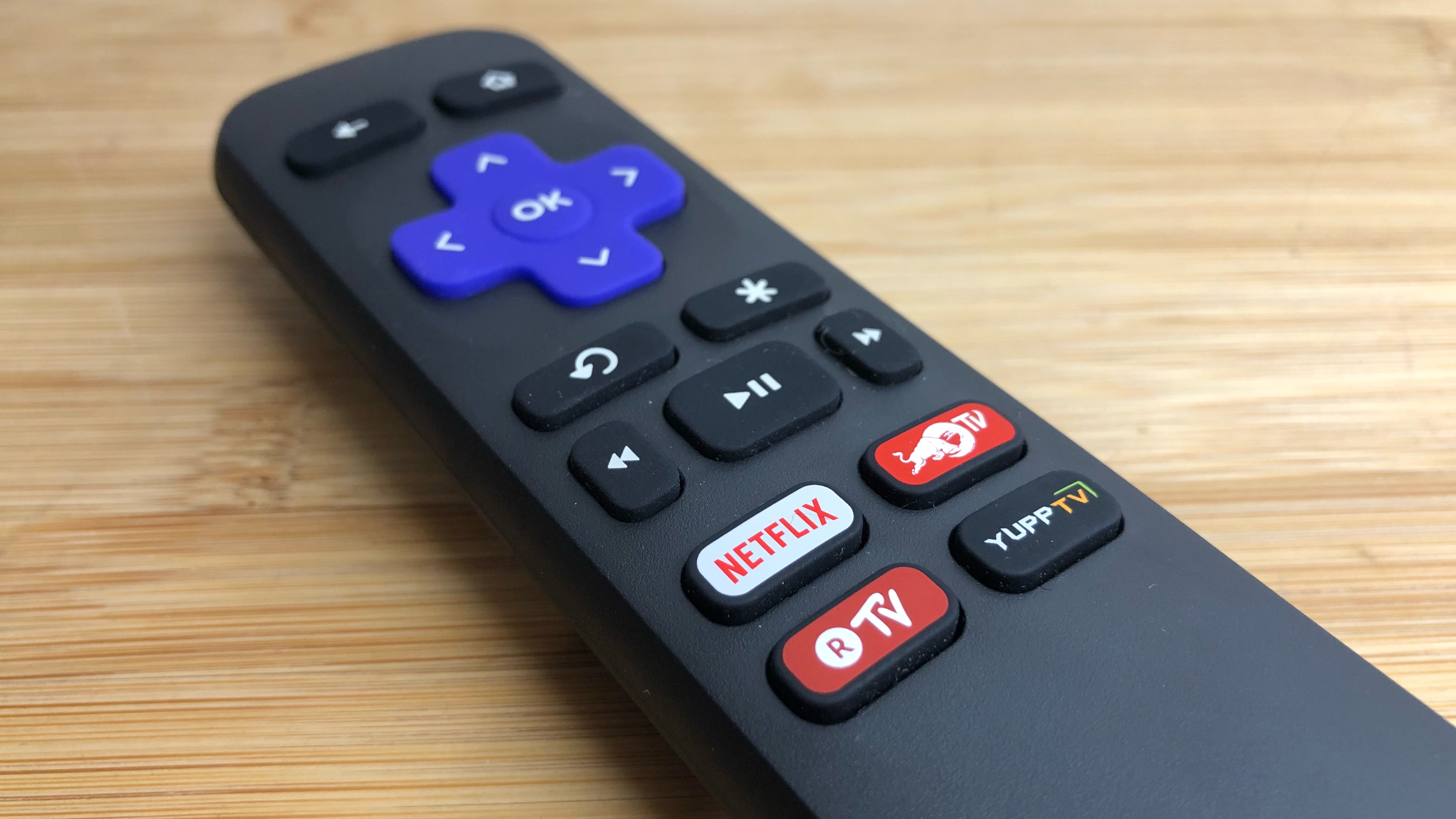 I can confirm that the Roku Express (2017) is noticeably faster than its predecessor, with much less waiting around and a much smoother browsing experience.

The improvement is huge, but still falls a little short of its competitors. While scrolling lag has been minimised to be almost unnoticeable, loading and buffering times can be a little longer than you’ll notice on the £10-pricier Fire TV Stick.

It’s far from sluggish though, and for its £30 price tag, it’s a perfectly acceptable experience.

That’s especially the case when you start watching. The Roku Express produces a wonderfully sharp and stable 1080p picture over Wi-Fi, with no drops in resolution or mid-watch buffering at all during testing.

While Roku’s included remote does a perfectly fine job at basic navigation, I’d also recommend downloading the Roku control app to unlock some advanced capabilities. Not only is it a more enjoyable way to browse the “My Feed” section (called “What’s On” here), but it also offers a basic voice search by movies or actor. It isn’t as intelligent as Alexa, but it does have the core functionality to bring it in line with its competition.

It also has a very handy option for “private listening”, which pulls audio from the TV into a pair of headphones connected to your device. I experienced some syncing issues with Bluetooth headphones, though, so you’ll want to use wired headphones to avoid a so-so experience.

Lastly, “Play on Roku” lets you easily browse movies, music and photos on your mobile device to the TV, and share them with the TV for bigger screen viewing. 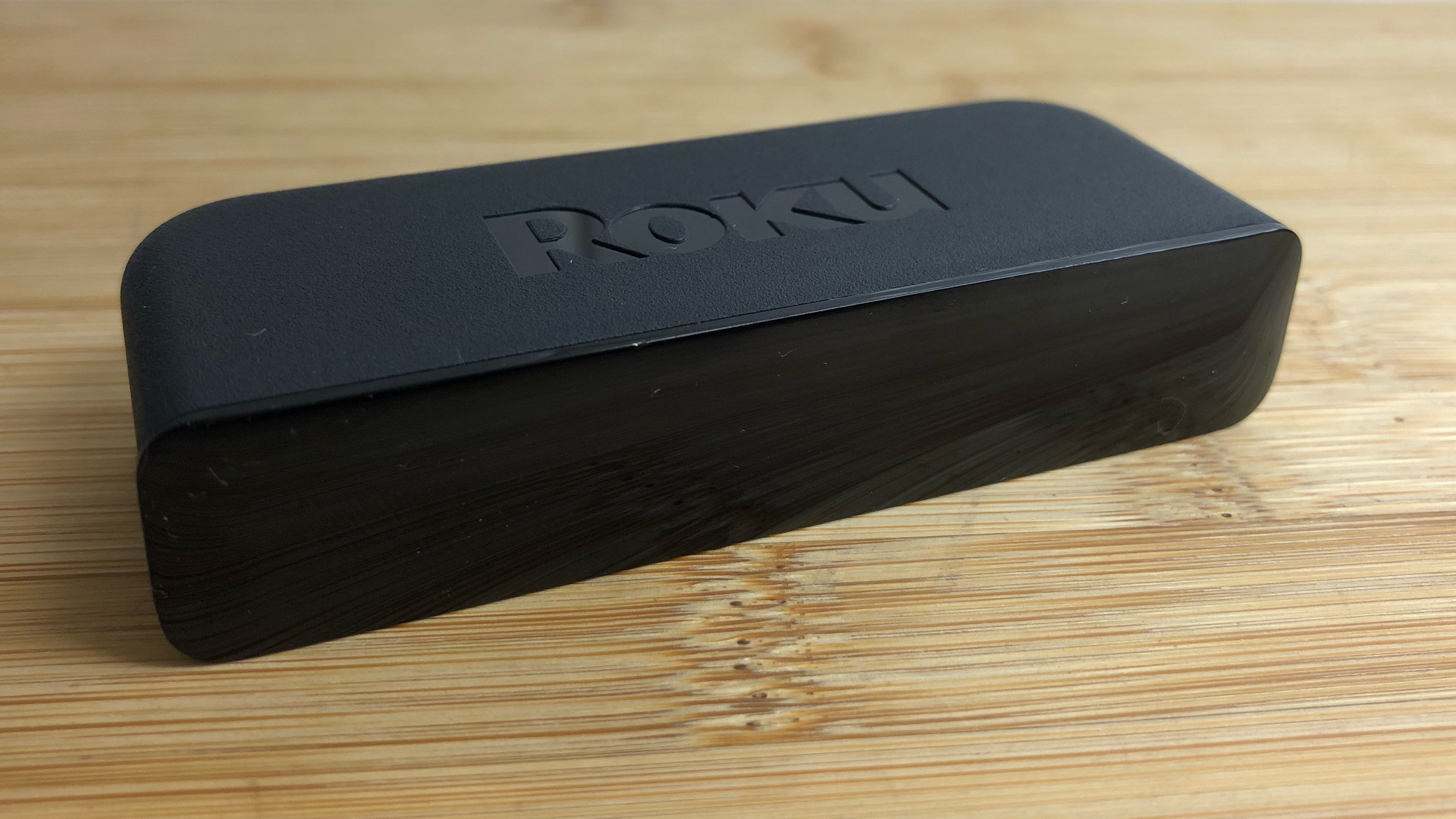 For £30, it’s hard to dispute what the Roku Express offers. With a comprehensive selection of apps, a straightforward interface and a neutral outlook, it challenges the Fire TV Stick and its more Amazon-focused experience.

Arguably, the Fire TV Stick is slicker in use, and doesn’t present any of the interface inconsistencies that you’ll find on the Roku Express. There’s Alexa, too, which easily bests the voice control available on Roku’s app.

If you’re an Amazon Prime subscriber, you’re probably better off spending £10 more on Amazon’s Fire TV Stick – but you’ll give up some app availability in exchange.

For an even-handed approach, and the cheapest of its kind on the market, the Roku Express is hard to beat.