We’ve looked at quite a few laptops in recent weeks, ranging from the highly durable Panasonic ToughBook CF-Y5 to the more fashion conscious Sony VAIO VGN-C2SL and Samsung Q35, and today I’m looking at another variation on the portable computer theme, the Pegasus 335 from Rock.


Billed as the “entertainment centre you can take with you on the move” the Pegasus 335 is about as close to a middle of the road notebook as you can get. It’s not an ultra fast gaming machine, it’s not a petite fashion accessory, and it’s not an underpowered cheap as chips lump. Starting at £799 – with our review version coming in at around £1,100 – it’s a powerful working laptop with a good dose of multimedia capabilities thrown in. 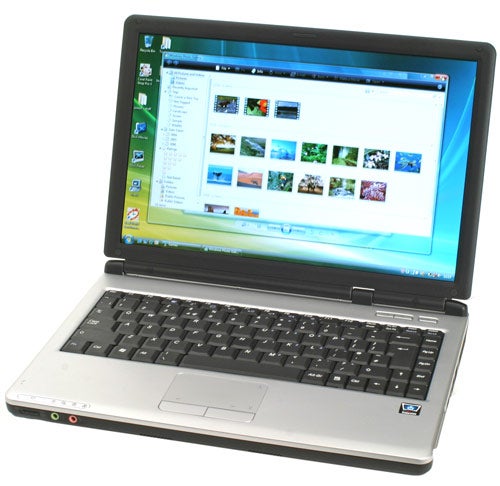 The last Rock notebook we reviewed was in fact the previous version of this Pegasus, the 330. Spode gave it eight out of ten right across the board but that was way back in June of last year and naturally technology has moved on a bit since then. So, will the new version still fly high or has the Pegasus had its wings clipped?


In terms of looks, the 335 bares more than a passing resemblance to the 330. It retains the black and silver theme and the exact same dimensions of 316mm x 224mm x 31.9-34.4mm, weight also stays at 2.1kg. In fact, physically, it’s pretty much identical. I quite like the plain and simple look and the rounded edges make it very comfortable to use. 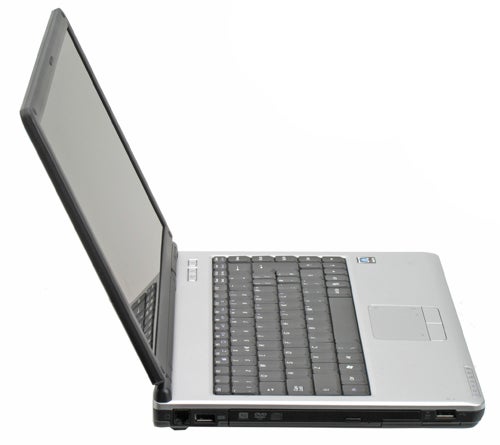 The screen size and resolution remain the same, at 13.3in and 1,280 x 768, respectively. It has a high glare contrast surface, dubbed X-Glass, that really sets off the glassy windows of Vista’s Aero interface. Unfortunately rendering Aero is about as much as the Intel 945GM graphics can cope with, so you won’t be playing any games on this.


However, the inclusion of an Intel Core 2 Duo T7200, running at 2GHz, will ensure the 335 flies through any 2D work you throw at it. In fact, the Pegasus 335 has a feature that overclocks the CPU by five per cent when plugged into the mains, giving you a nice boost if you have some intensive tasks to do. Our review sample was supplied with 2GB DDR2 memory and, from our experiences with Vista, you would be wise to opt for this amount as well. The hard drive supplied is 100GB in size and spins at 7,200rpm, you can also get slower 5,400rpm 120GB and 160GB drives. For maximum performance, I’d stick with the 100GB drive, though. Then, if you really need more storage, you can always use an external hard drive.

Connection wise, the Pegasus 335 isn’t exactly brimming, but you’ll find all the essentials are there. On the left there is a modem socket, two USB 2.0 ports, a DVD writer, and an SD/MMC/MS/MS Pro card slot. Along the front there is a switch to turn the wireless networking on and off and headphone and microphone sockets.

On the right side you’ll find a PC-Card slot, a third USB 2.0 socket, a mini FireWire port, S-Video out, and an Ethernet port. Finally, on the back is the DC input and VGA port. That’s a fairly standard list of connections, but the lack of DVI-out and an ExpressCard slot may limit your options in the future.

The keyboard is a pleasure to use with responsive well-weighted keys. Most of the keys are where you expect them to be with just a couple of exceptions. I’d prefer to see the left Ctrl directly below the left shift, as I regularly use keyboard shortcuts (i.e. copy and paste) and found I kept on pressing the Fn key instead. I’d also like to see the Backslash key in its usual position – the left Shift key could quite easily be shortened to accommodate it. As for the touchpad, it is very sensitive and accurate and my only complaint is that because it isn’t recessed I found it was easy to accidentally brush a thumb over it and send your cursor flying across the screen.


The integrated speakers are not great, with an overall lack of volume and obviously very little in the way of bass, but you can’t expect much from a notebook this size. More worrying is that the headphone socket has a constant background hiss that, if you’re using some sensitive earphones, can be quite annoying. 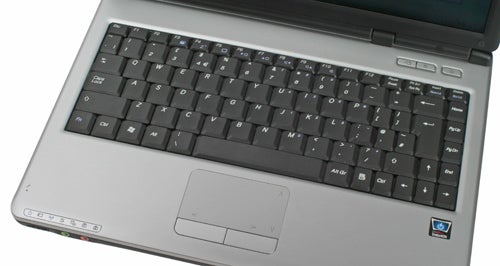 Next to the power button there are two buttons both with unfamiliar markings on them. They are in fact two features unique to the Pegasus 300 range. The first is the InterVideo InstantOn button. When the computer is turned off you can press this button to boot into a Linux based media centre. It features DVD, CD, MP3, and video players, as well as a TV – a USB tuner is supplied with the notebook. The idea is that you avoid having to boot all the way into windows to use all these features. I wouldn’t go so far as to say it’s instant on though, as it takes around 15 seconds to start up. The software looks quite slick but it’s not overly intuitive to use and seemed to have problems finding any media on my computer. Also, with Vista having an inbuilt media centre, you’d have to be really concerned about those extra 10-20 seconds that windows takes to boot, to bother using this. Having said that, there’s not actually any Vista drivers yet for the bundled TV tuner – I have been assured by Rock that the driver is on its way though. 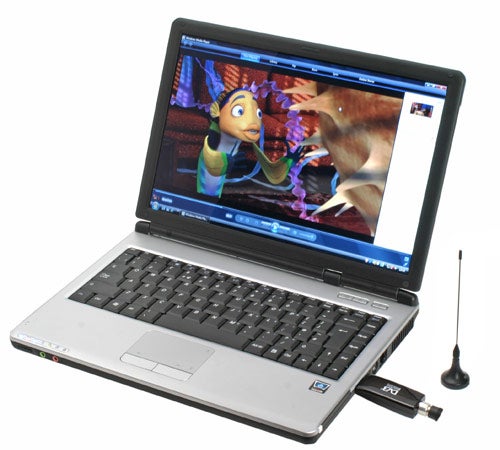 The second button is the silence button that lowers the clock speed of the CPU so that the fan doesn’t need to turn on. The system is fairly quiet anyway but this feature is certainly welcome to avoid the fan kicking in while watching a movie or listening to music, and of course you’ll increase battery life while this is activated. When combined with the automatic overclocking, this notebook gives you a decent amount of control over your performance/battery life balance.

I tested the 335 using PCMark 05 and our in-house 2D benchmarks. Sysmark and MobileMark are still not compatible with Vista so we cannot use these yet. Therefore, to test battery life I just used the laptop until the battery ran out and I managed to get around three and a half hours out of it. I’ve pulled in results from our Sony VAIO VGN-C2SL and Samsung Q35 reviews for comparison. They are all based on similar platforms and are around the same price.

As you would expect, the faster processor and larger amount of RAM result in the Rock out performing the others right across the board. The differences generally ranging from 10–40 per cent with the only exception being the PCMark graphics score which reflects the fact all the computers use the same underpowered graphics processor.


Overall, I found the Pegasus 335 was a pleasure to use – touchpad and shortcut slip-ups aside – and for general day to day use I couldn’t fault it. However, I can’t help feeling that this notebook is just lagging behind the competition a bit. Using LEDs to backlight the screen would increase battery life and reduce weight, I’d also like to see a webcam incorporated into the screen surround, and, there’s no Bluetooth. Finally, without an ExpressCard slot you are limiting yourself for future expansion. 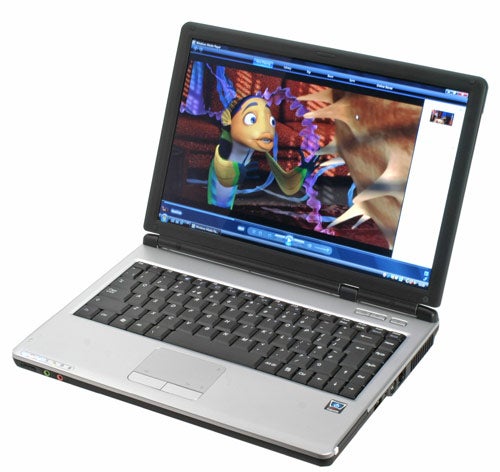 
If you are looking for a decent notebook that is portable yet still powerful, then the Rock Pegasus 335 certainly delivers. However, as with the Sony Vaio VGN-C2SL, the Samsung Q35 offers more features, weighs less, and costs less, and ultimately would still get my vote.