What is the Roccat Kave XTD?

The Kave XTD is Roccat’s latest wired stereo gaming headset. It’s a simple affair but one that offers a good combination of features, comfort and performance. All for a competitive price.

This isn’t a subtle headset. It’s big and chunky and although it’s largely finished in black it has flashes of light blue that make it stand out.

The earcups in particular are hefty things. Around 40mm deep and 100mm in circumference they’re positively massive, and there are no nods to portability such as being able to twist round to fold flat. This is a pure, stay-at-home gaming headset.

Of course, all that heft makes this a sturdy headset with a thick headband and earcup joints that stand up well to our various twists and stretches. 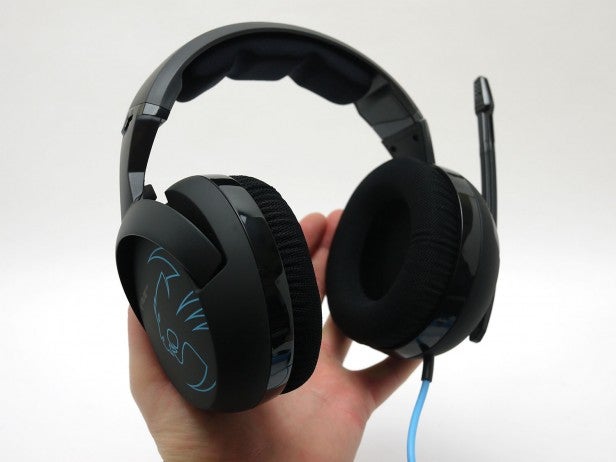 One thing we’re not keen on is that the cable is not modular so can’t easily be replaced if it gets broken. Even at this price we’d consider this a fairly standard feature these days so it’s a shame.

Otherwise the bright blue cable ticks all the right boxes. It’s a plentiful 2.5m long and 30cm along its length is a handy little volume control with an on/off switch for the microphone. It terminates in two 3.5mm jack plugs, with one each for the headphones and microphone.

The microphone itself is mounted on a detachable flexible stalk that can be rotated to any angle you like. However, the stalk itself offers no further adjustment so you can’t tuck it in closer or pull it further away from your face.

Its method of detachment is also a little odd as it just pulls straight out from the side leaving behind a rather obvious bare phono socket on the side of the earcup – further evidence that this is not really a multi-purpose headset that can also be taken out on the road. 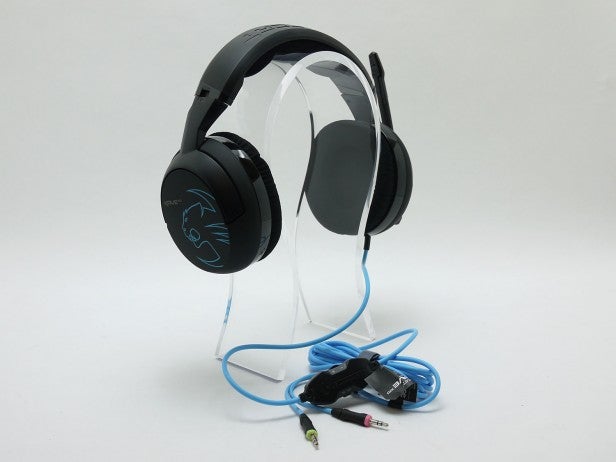 With this being such a large headset you’d expect it to do well in terms of comfort, and sure enough it is pretty cosseting.

The large earcups give ample room for even larger ears, though the padding is just a tad less than we’d hope for ideally. Our ears just touched the fabric covering the drivers, which can lead to irritation over very long periods of use.

Similarly the fabric covering the padding is a little course so after a while it can feel a bit rough on your head.

Helping reduce the impact of the above is that the clamping action of the headset is fairly light so your ears don’t feel at all squashed. This leaves the headset being a little looser than some but nowhere near enough for them to be prone to falling off.

Finally, the headband offers a good helping of deep, soft padding which prevents the top of the head getting sore even after a couple of hours use. Also helping here is that the headset only weighs 305g. 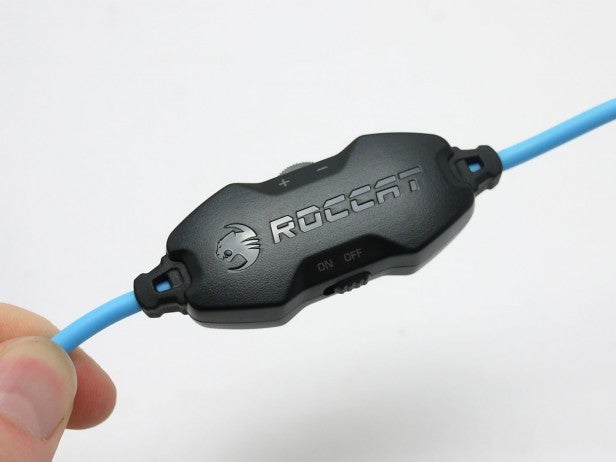 Internally, this headset uses two 50mm drivers and it’s rated for 20-20,000Hz response at 115 ± 2dB signal to noise, with an impedance of 32Ohms. The latter figure means these are perfectly suited to use with just about any sound source, with very little power needed to drive them – no specialist headphone amps required here.

The headphones also use a semi-open back design, with the largely covered earcups having slits down the back edge to provide airflow. The result is that there is a bit of sound leakage to the outside world but nowhere near as much as with fully open back designs.

However, they do also let a fair amount of external noise in, so these aren’t the best choice for use in noisy environments.

The key sonic benefit of this semi-open back design is the headphones provide an open, airy sound that gives a surprisingly decent sound stage, with the various instruments in a band given their own virtual sonic space. In fact, the sound stage is better than even our Grado SR80 headphones.

Not only is this nice for listening to music but it brings benefits to gaming where the extra sense of space makes it easier to place the source of a sound. 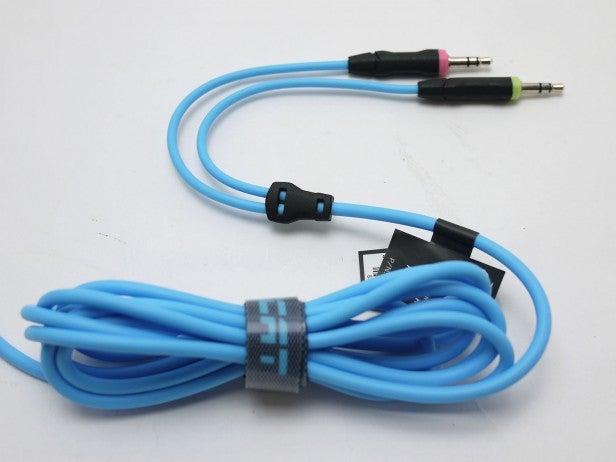 The overall sound signature is somewhat scooped, with prominent bass, slightly boosted treble and reduced mids. This can leave spoken vocals sounding a little boomy and hollow but otherwise it delivers an easy-going sound that suits most musical genres and gives games and movies plenty of oomph.

As ever we would certainly prefer to have a slightly more flat frequency response, to give a more realistic tone but for a gaming headset – nearly all gaming headsets have a bass-heavy sound – it’s closer to the even sound we like than most.

Detailed levels are decent too. Again we’re not talking high-end headphone territory but there’s enough finesse here to not let you down. 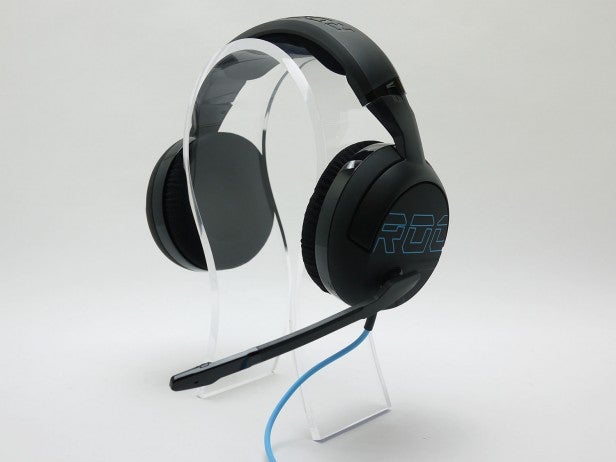 Should I buy the Roccat Kave XTD?

If you’re in the market for a simple, straight-up stay-at-home gaming headset that delivers the essentials of comfort and sound quality for a reasonable price then the Roccat Kave XTD is well worth considering.

Its sound signature is a bit bass heavy but it’s no worse than most equivalent gaming headsets and it’s backed up by a wide sound stage that both gives life to music and helps pinpoint your enemies while gaming.

However, these days we just can’t condone designing a headset with a tethered cable, even at this price. Also, there isn’t quite that one killer feature that sets this headset apart from the rest. It’s a good option but not an outright winner.

The Roccat Kave XTD is a decent gaming headset that delivers comfort and decent sound quality. However a non-modular cable and the lack of that one killer feature means it doesn’t quite stand out from the crowd.