The Roborock S7's sonic mop will grab all of the attention – and for good reason: the robot's vibrating microfibre pad can scrub away marks, leaving a super-clean floor as it vacuums. In fact, the mop does such a good job that you'll rarely need to manually do the job. As well as mopping, the S7 is an excellent vacuum cleaner and is accompanied by one of the best apps. For those with hard floors, this total package will be difficult to resist.

Let’s be honest, robot vacuum cleaners were made for the lazy among us. The Roborock S7 services our needs even further, with a brand-new sonic mopping system that will bring a sparkle to hard floors as well as vacuum them.

With excellent navigation, huge amounts of power, quality cleaning and some very clever features, the Roborock S7 is my current pick of the best overall robot vacuum cleaner.

Roborock S7 design – A great-looking vacuum with some clever additions

Externally, the Roborock S7 doesn’t look much different to other robot vacuum cleaners. It’s a round vacuum (353 x 350 x 96.5mm) sporting a gloss finish. Design-wise, the low height means that the vacuum will happily get under most furniture, but its width may hinder it moving through the legs of most dining chairs.

Flip open the lid at the rear of the cleaner and you’ll discover a 0.47-litre bin that lifts out and hinges open for emptying. The unit is more than large enough to hold the dust and debris of most homes. It will likely need emptying only a couple of times a week, depending on how dirty your floors are and how often you use the robot cleaner. 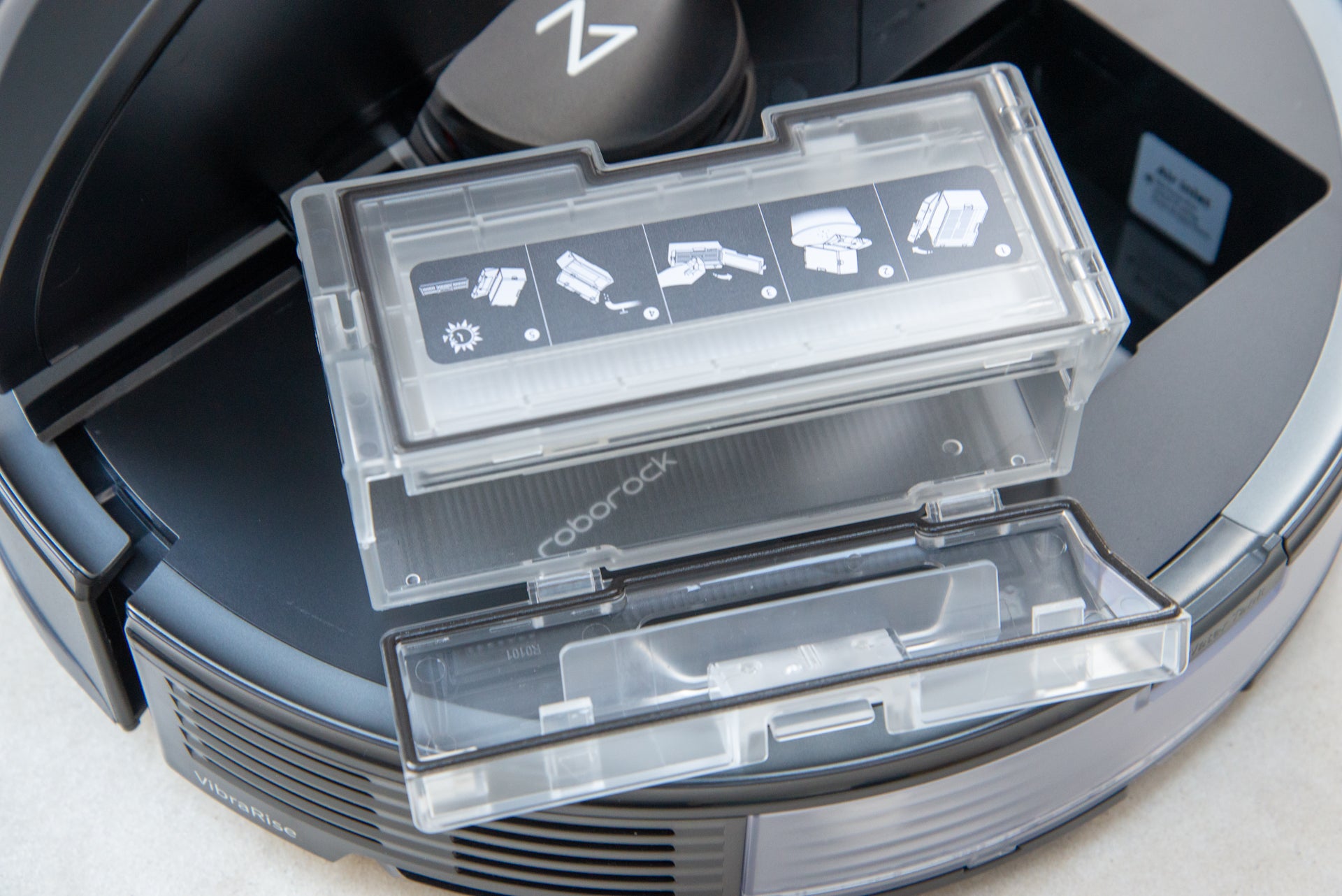 On the underside of the robot vac you’ll notice that there’s now a rubber floor brush, rather than a bristled one. This is mounted in a “floating” suction unit that’s sprung to adapt to the floor type, allowing for better contact and greater agitation. 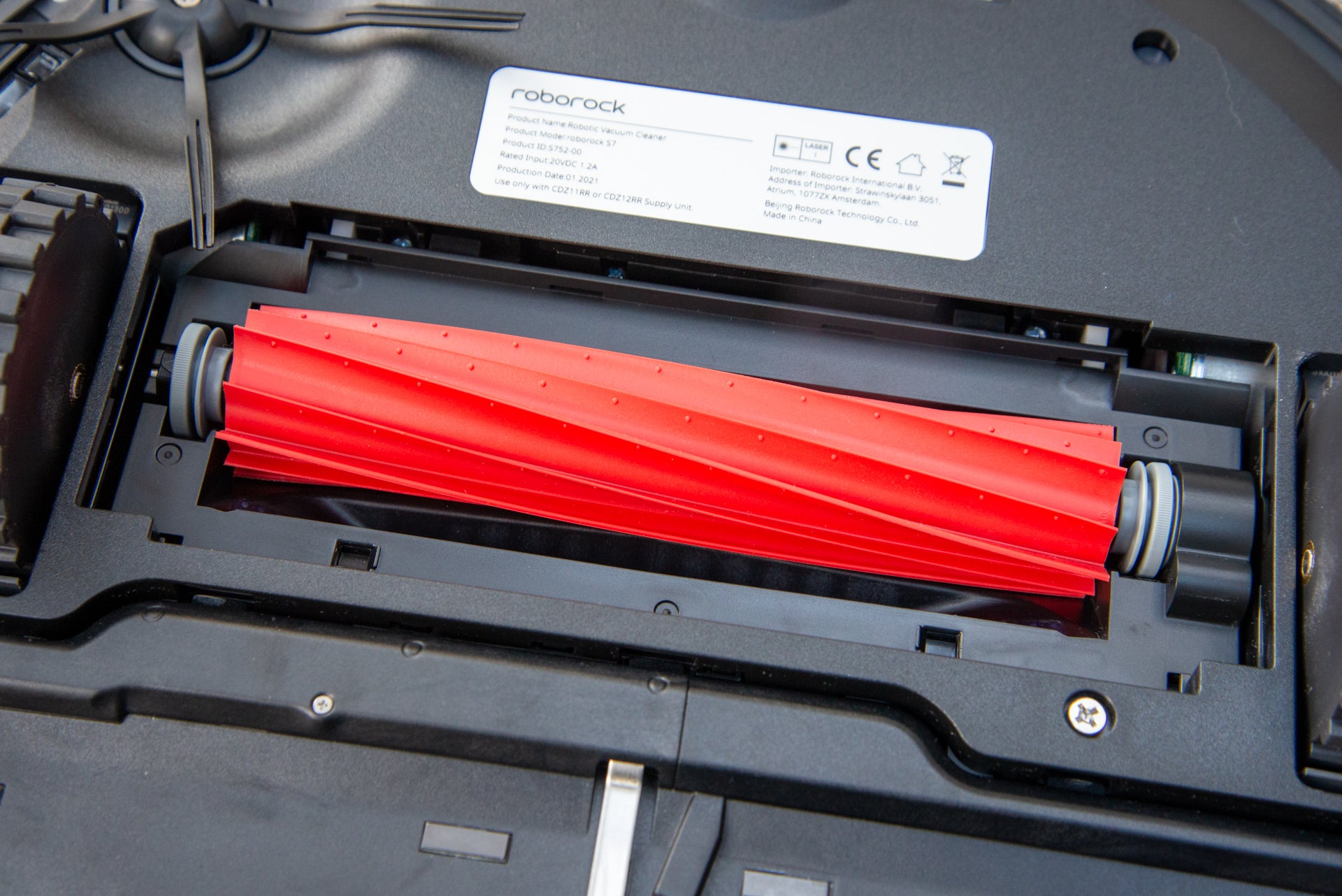 It’s also been designed to reduce the amount of hair that becomes tangled, hence the lack of the usual razor attachment in the box. Does it work? Well, mostly – although I did find some strands of hair wrapped around the brush after a few uses; but these certainly weren’t to the degree of previous robots I’ve tested.

There’s a single side sweeper brush, too, designed to rotate and push debris into the main suction path. 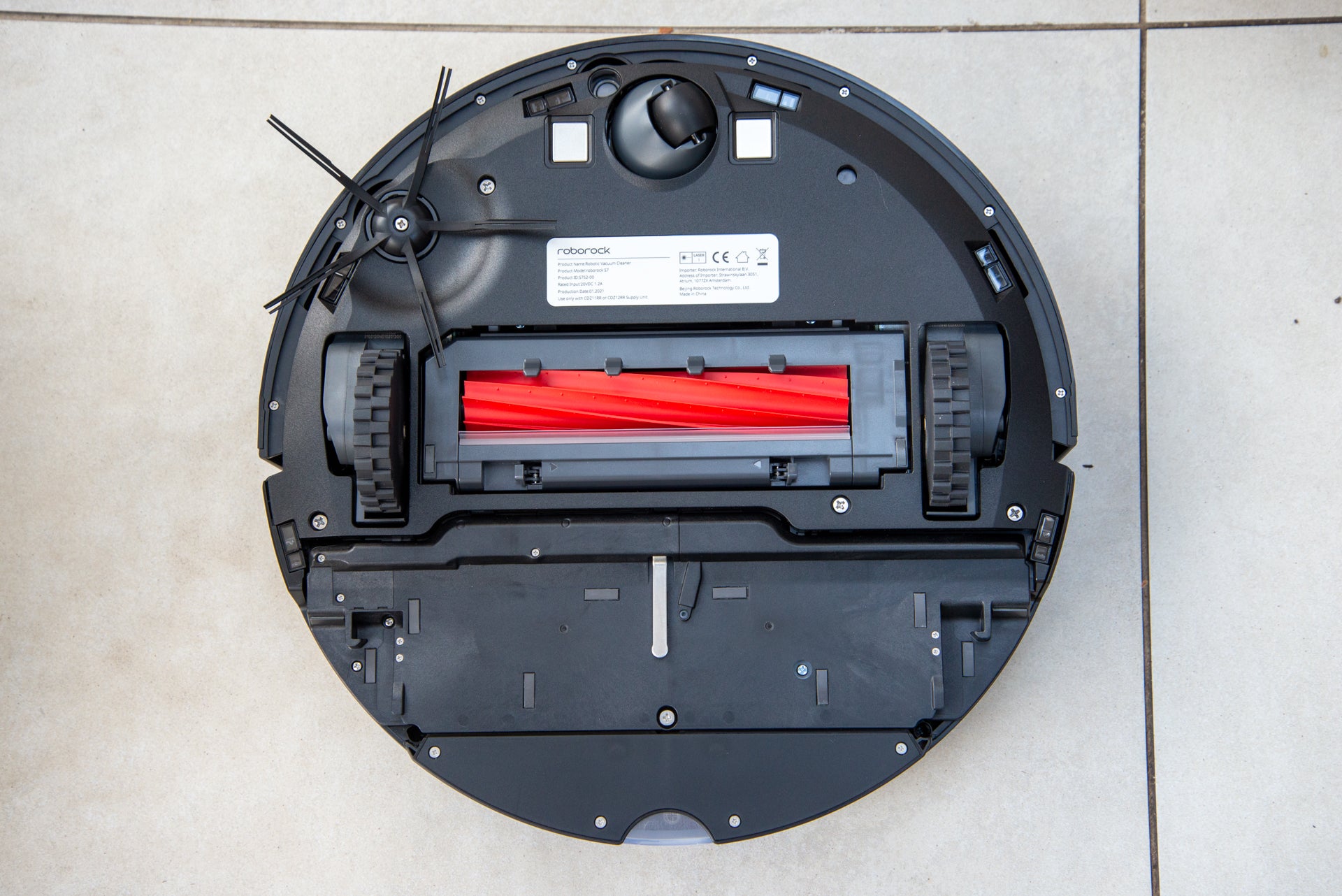 With this model Roborock introduces a new mopping system, whose 300ml water tank pulls out from the rear. Unlike the S5 Max, the tank here isn’t connected to the mop bracket; the S7’s mop bracket slides in underneath the robot.

A closer look at this mop bracket reveals a separate central section, rather than the solid plastic mount of old, which is the scrubbing area; sonic vibrations shake this section up to 3000 per minute to aid cleaning. It’s a shame that only one microfibre cloth is included in the box – a spare would have been welcome. 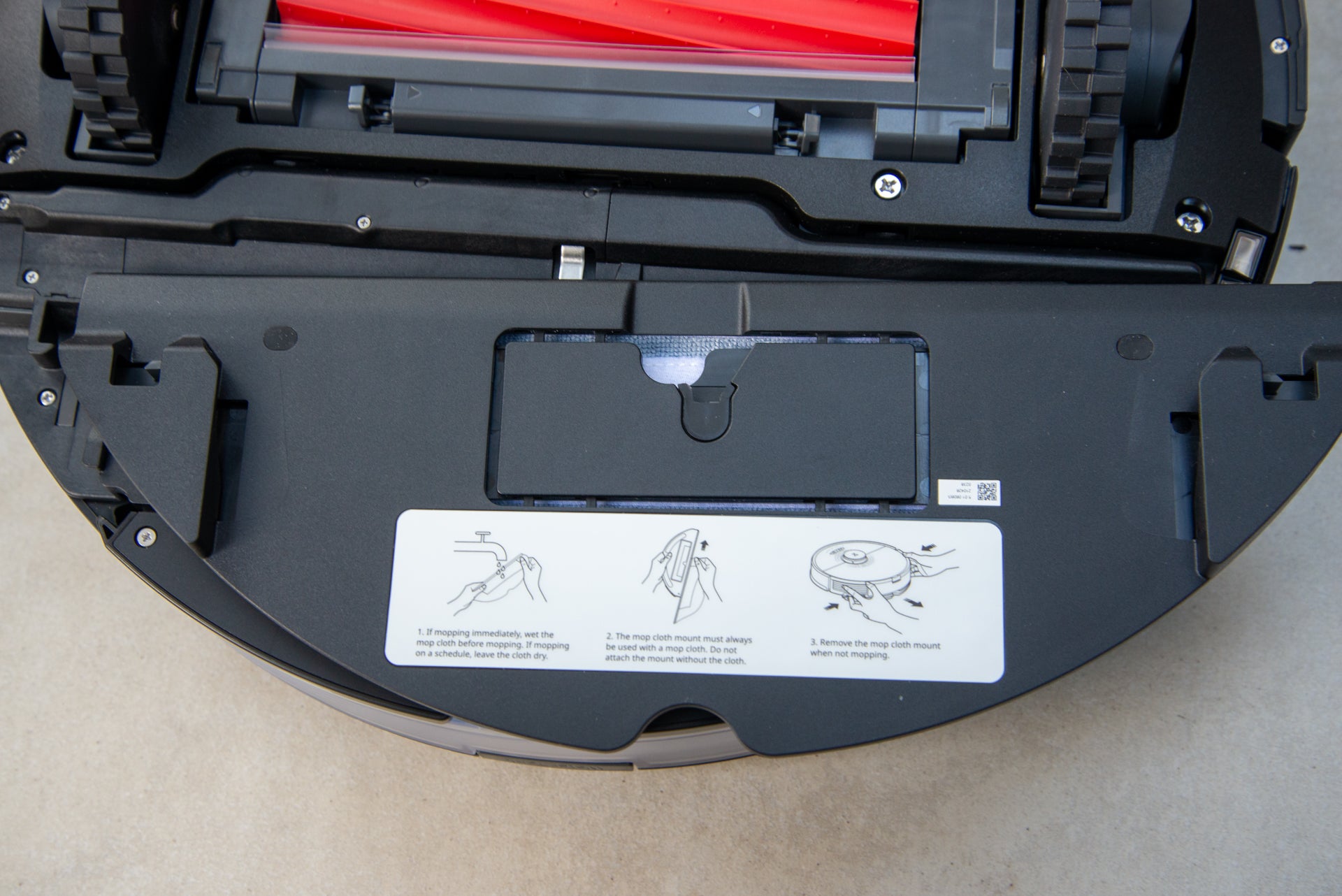 Previous Roborock vacuum mops have shipped with a plastic base that fits around the charging dock. This isn’t needed here, since the mop unit lifts off the floor when cleaning is complete, so there’s no contact between the wet cloth and the floor.

Cleverly, Roborock has fitted two brushes to the front of the charging dock, which wipe the charging contacts clean as the S7 docks, doing away with the issue of the robot vacuum failing to charge because of dirty contacts. 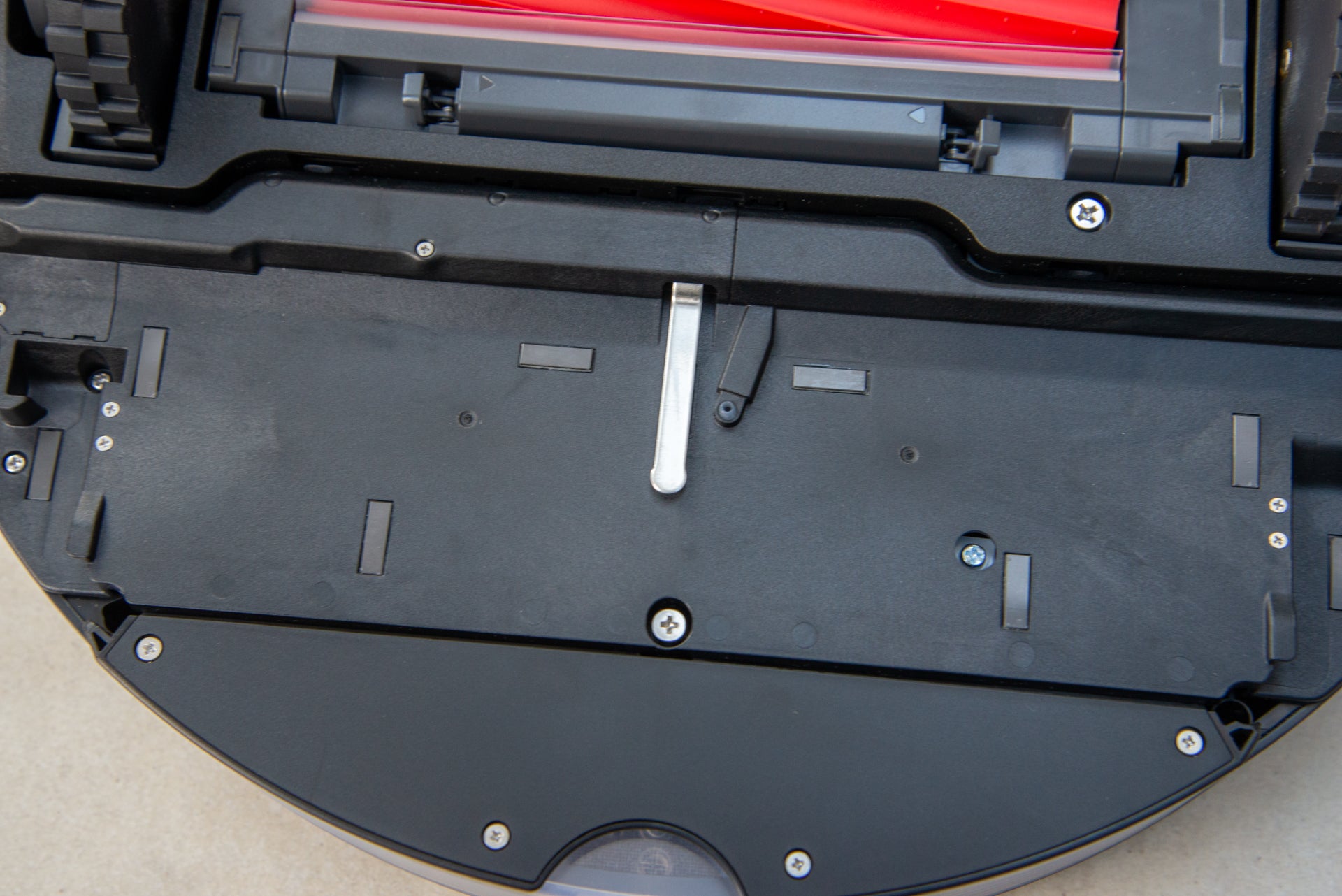 Roborock S7 features – An incredible amount of customisation on offer

You’ll start with an initial cleaning run – although this time the S7 has a better map. As well as mapping out your rooms, the new carpet sensor highlights carpets and mats with a hatched area on the floor. This makes it easier to mark out no-go or no-mop zones, if you want to avoid carpet or rugs whilst cleaning.

There’s also the new Carpet Avoidance modes. The most useful option, for most people, is the Rise option. As soon as the S7 detects that it’s on carpet, it raises its mop bracket and turns off the water, allowing it to vacuum without getting the carpet wet. 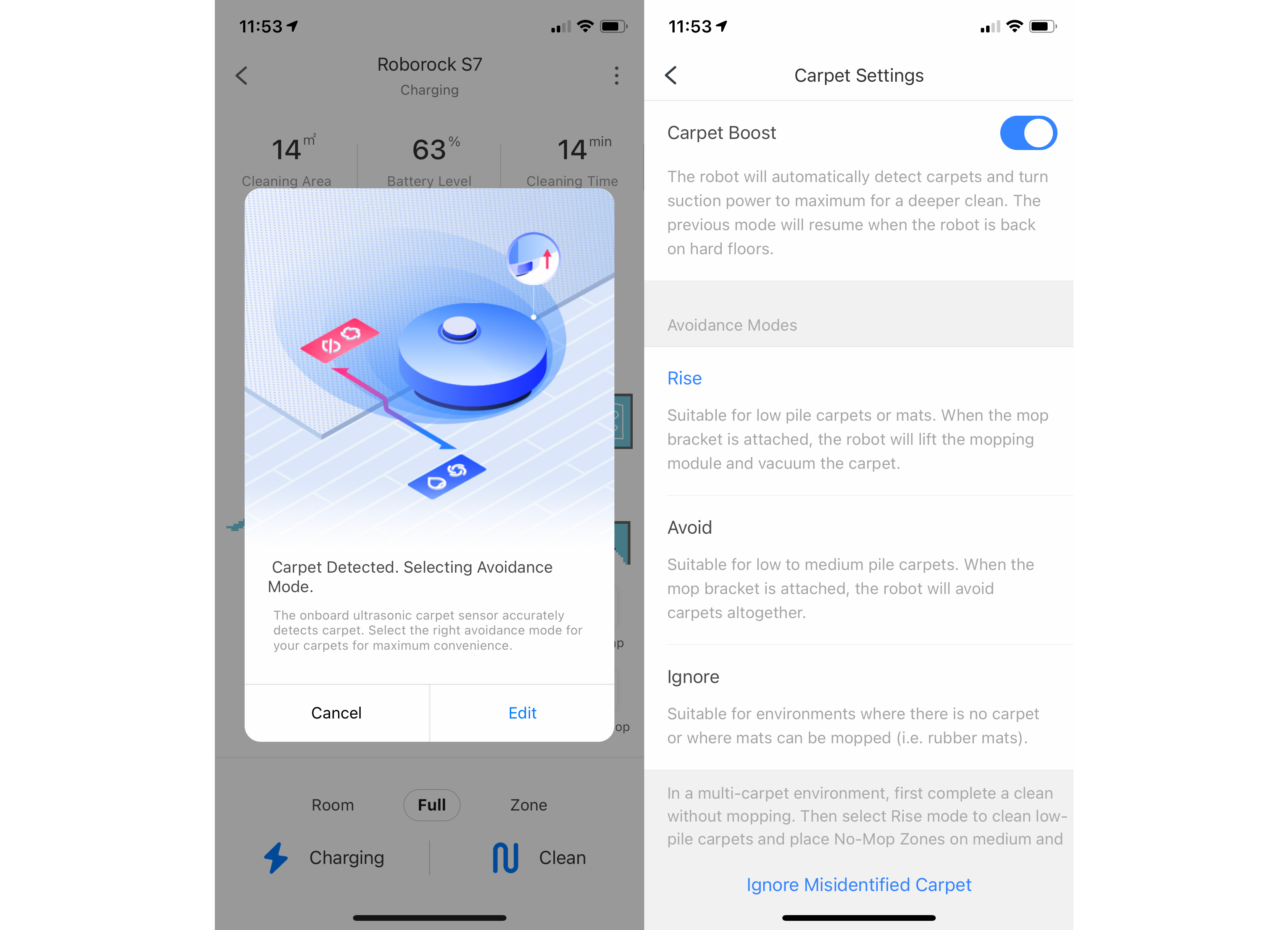 Rise only works properly on short-pile carpet, so if you have long-pile carpets or rugs in your home, it’s best to set the the robot to avoid all carpet. The final option, Ignore, lets the S7 run over carpet, which is useful if you have mats that can be cleaned.

Realistically, most homes will require a combination of modes and no-mop/no-go areas, but the level of customisation on offer here is excellent. 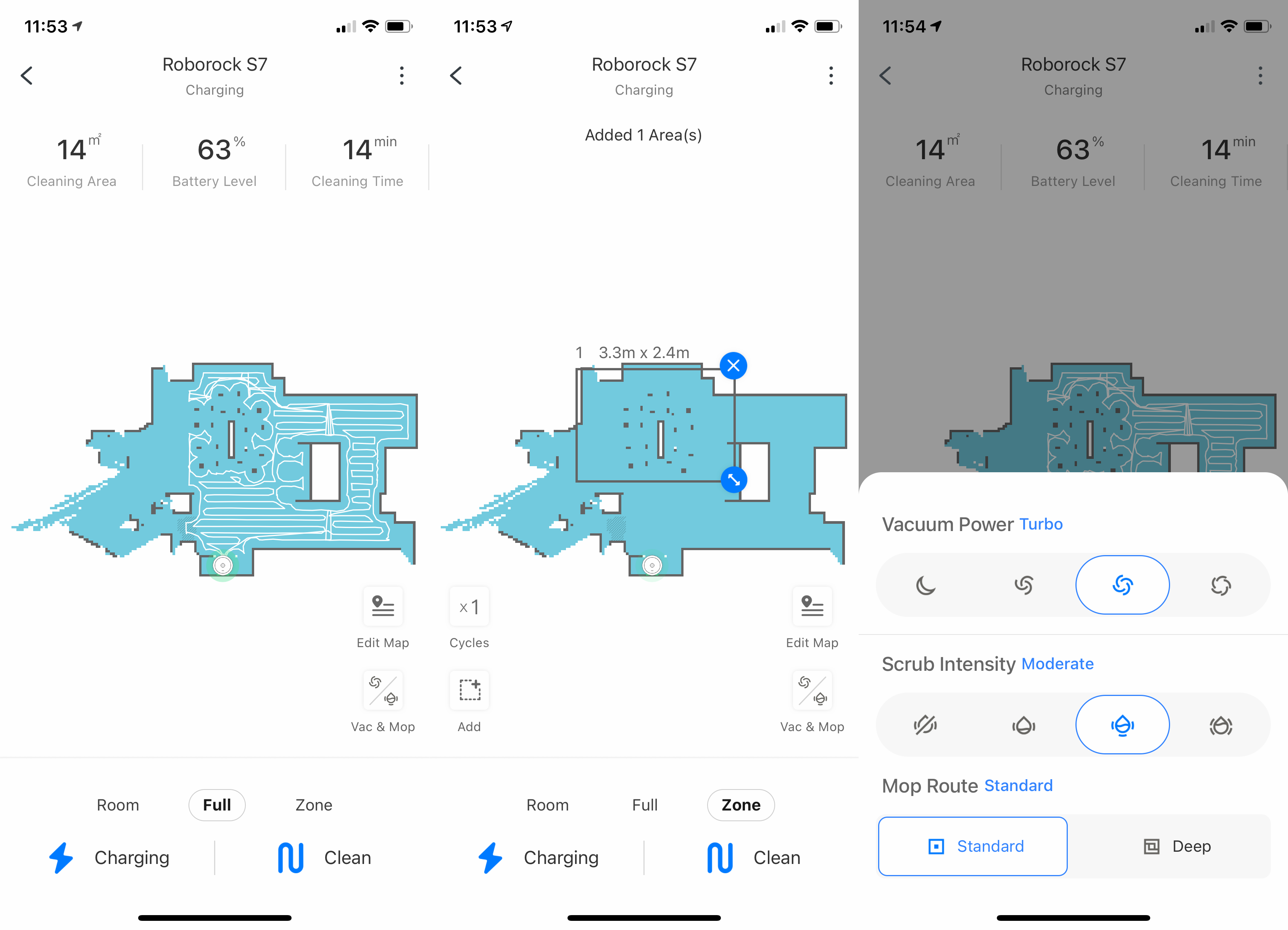 Maps can be edited to split your home into rooms, allowing you to set custom schedules and cleaning plans per room; it’s possible to just use one set of cleaning options for your entire home, too.

You can select the vacuum power (Quiet, Balanced, Turbo and Max), which is the same set of options provided on other Roborock cleaners. Determining the difference between Turbo and Max is a little tricky; I found that Turbo was a good choice for most rooms.

Then, you can set the Scrub Intensity of the mop: Close (basically wiping the wet cloth over the floor), then Milk, Moderate and Intense. I preferred Intense on my white kitchen floor, but a less vigorous setting will help increase battery life on floors that aren’t so dirty.

There’s also a brand-new Deep Clean mode, which switches the vacuum cleaner to low-power vacuum mode, moves the vacuum in a tighter Z-shaped pattern, covering each area twice. It’s designed for use in a room that’s been vacuumed to give it an extra scrub. 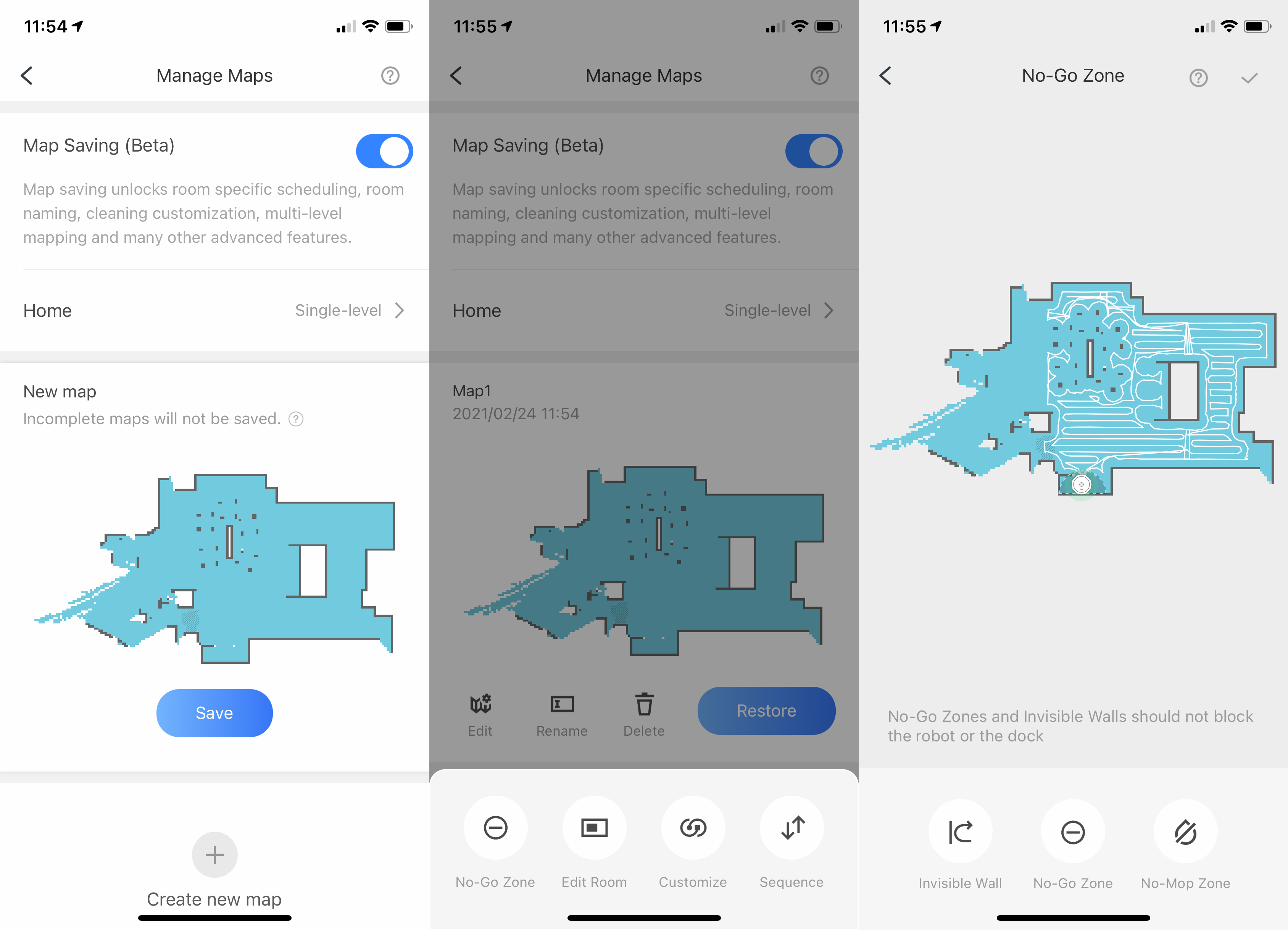 You can store multiple maps, letting you tackle different floors, either selecting the map to deploy, or letting the S7 detect where it is.

It’s fair to say that you’ll have plenty of options at your disposal, but spend the time to set up the Roborock S7 properly and this robot cleaner will deal with your home room-by-room in the best way possible.

There’s support for Amazon Alexa and the Google Assistant, enabling you to start and stop a clean, and even send the robot back to its docking station.

How good is the Roborock S7? Well, it’s super-good, particularly on hard floors. Presenting the same suction power as the S6 MaxV, the Roborock S7 is one of the most powerful robot vacuum cleaners I’ve tested.

Running it in Turbo mode with the Carpet Burst turned on (the vacuum ups power when it detects that it’s on carpet), I first tested the robot on some dry mess. I sprinkled a “X” of flour onto the centre of the kitchen floor. The S7 covered the area well, sucking up the mess and leaving just a trace amount of dirt in the grout line. 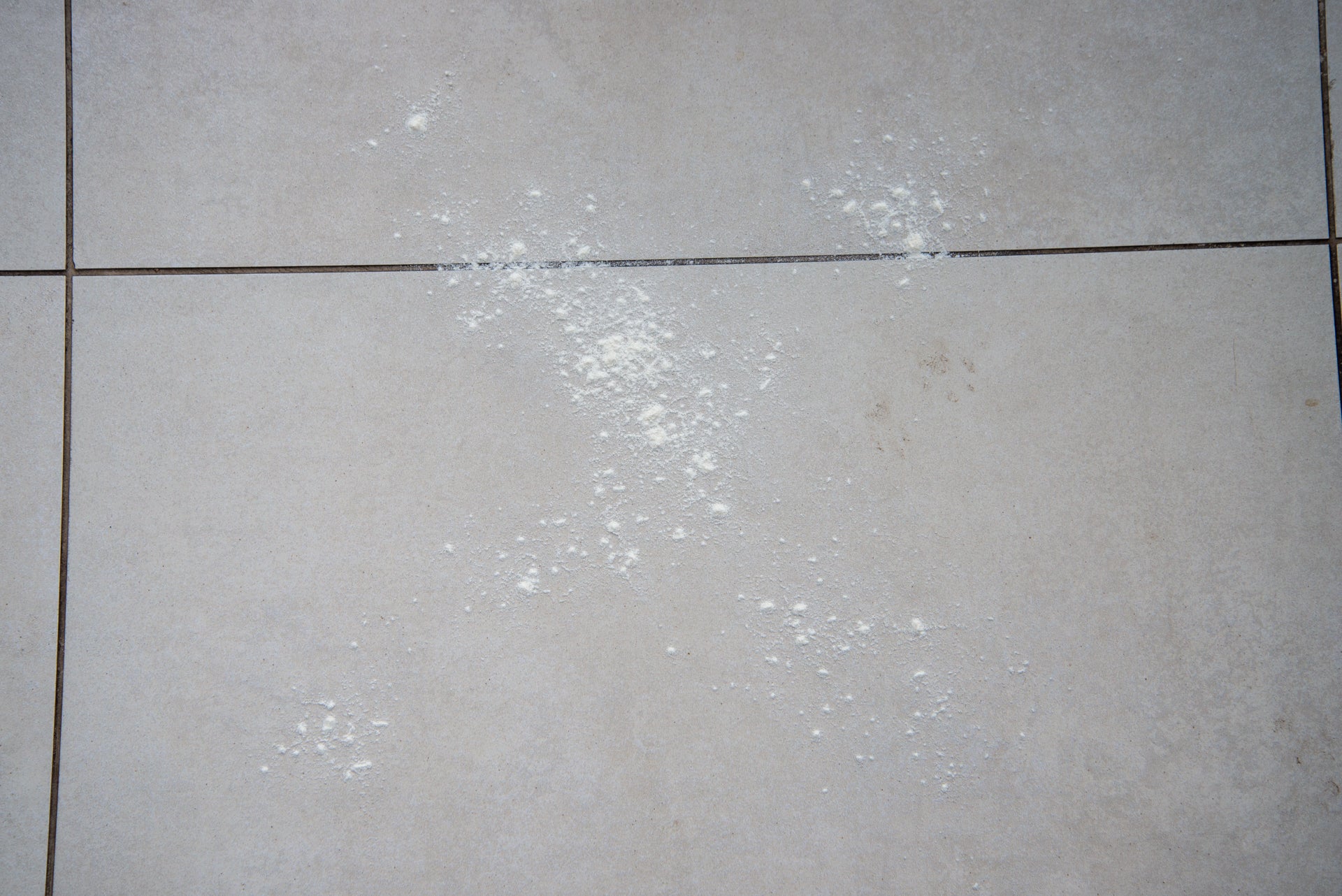 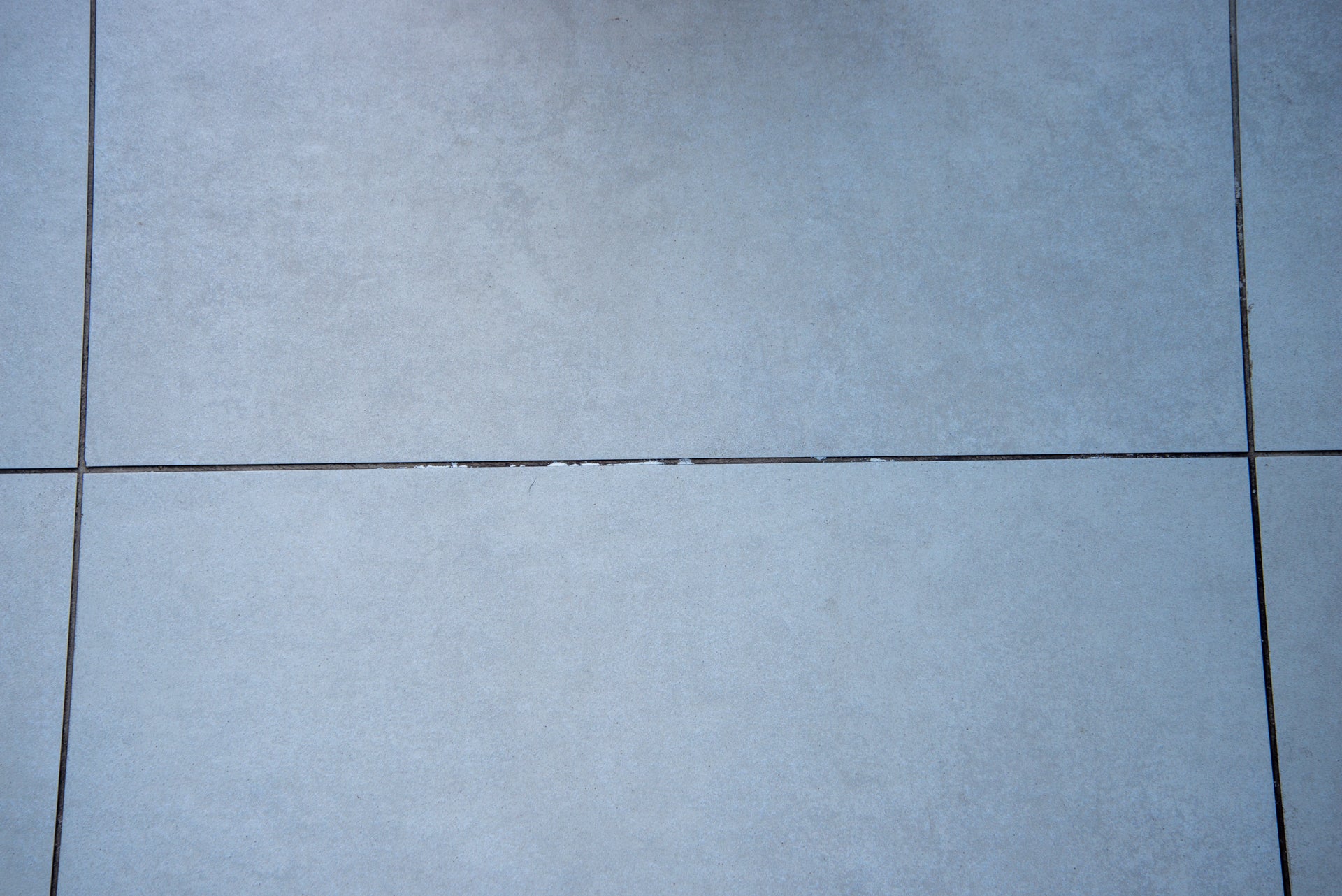 Next, I spread an “X” of flour up to the skirting board. This test proves tricky for a lot of robot vacuum cleaners, since they find it difficult to get close to the dirt. The S7 did an admirable job here, picking up most of the spill, but leaving only some flour behind – nothing that a quick burst of a regular vacuum cleaner couldn’t fix. 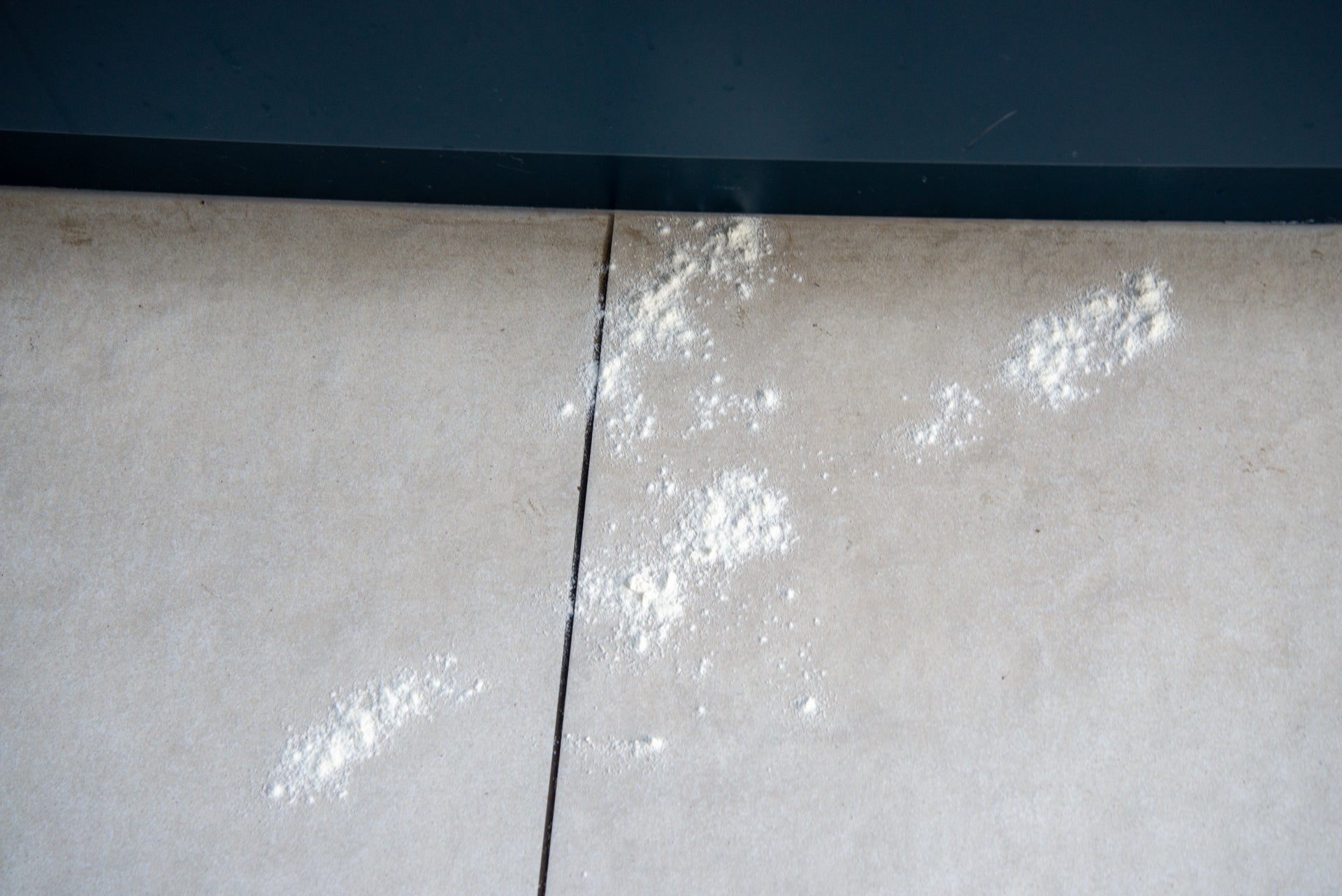 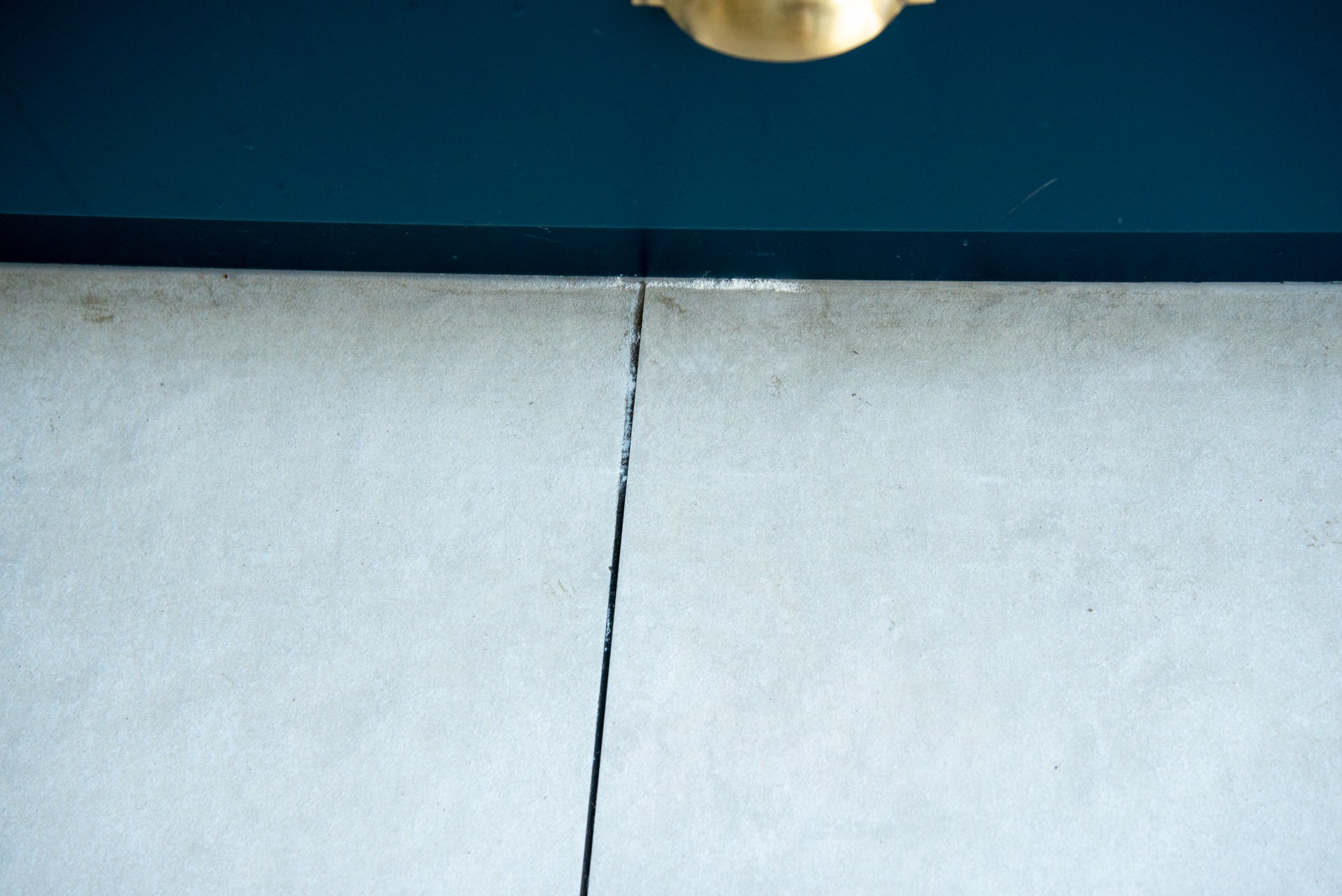 Finally, I spread an ‘X’ of flour onto carpet and let the S7 do its thing. Here, it caught everything bar one tiny sprinkling of dirt where the robot didn’t quite run over the area properly. 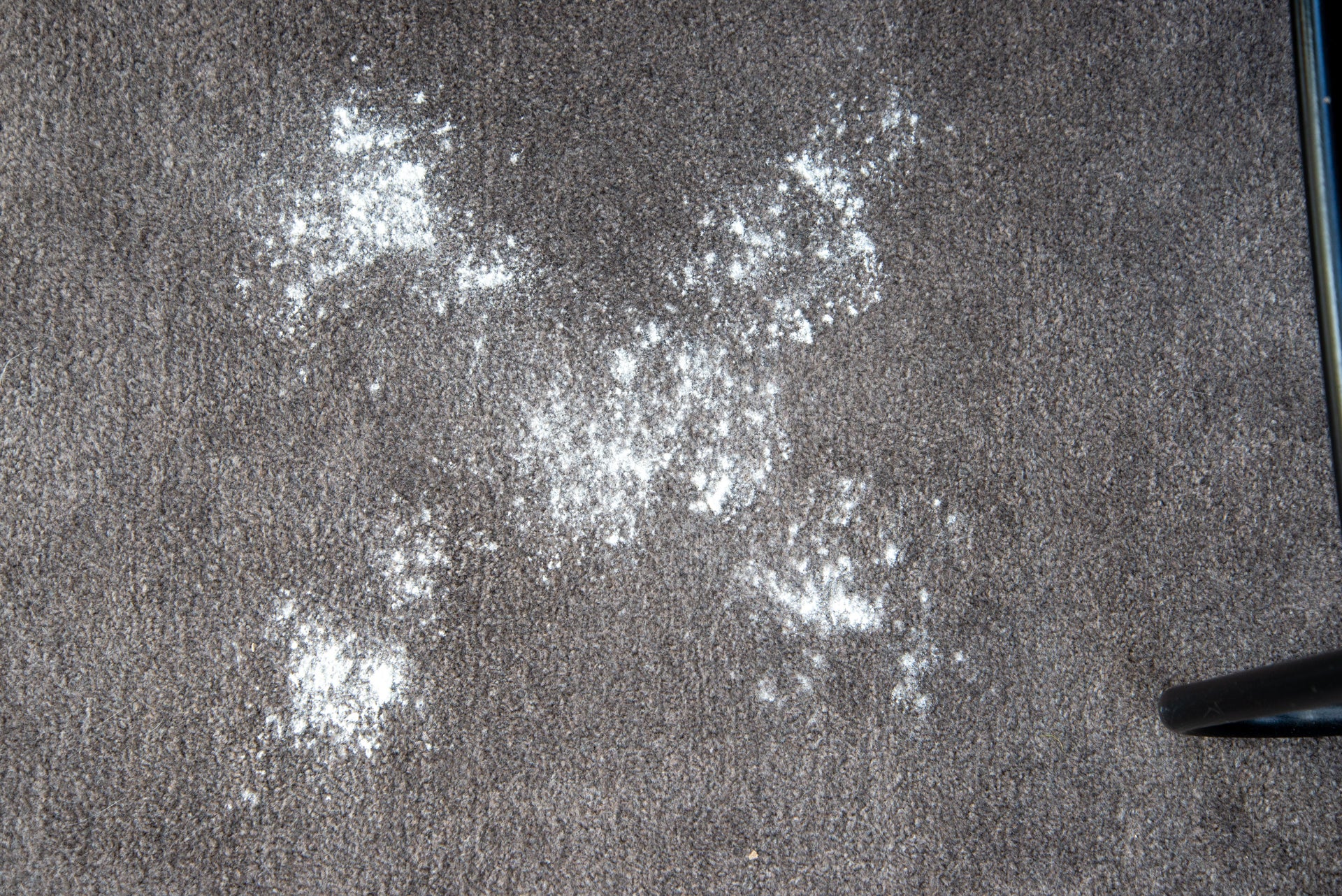 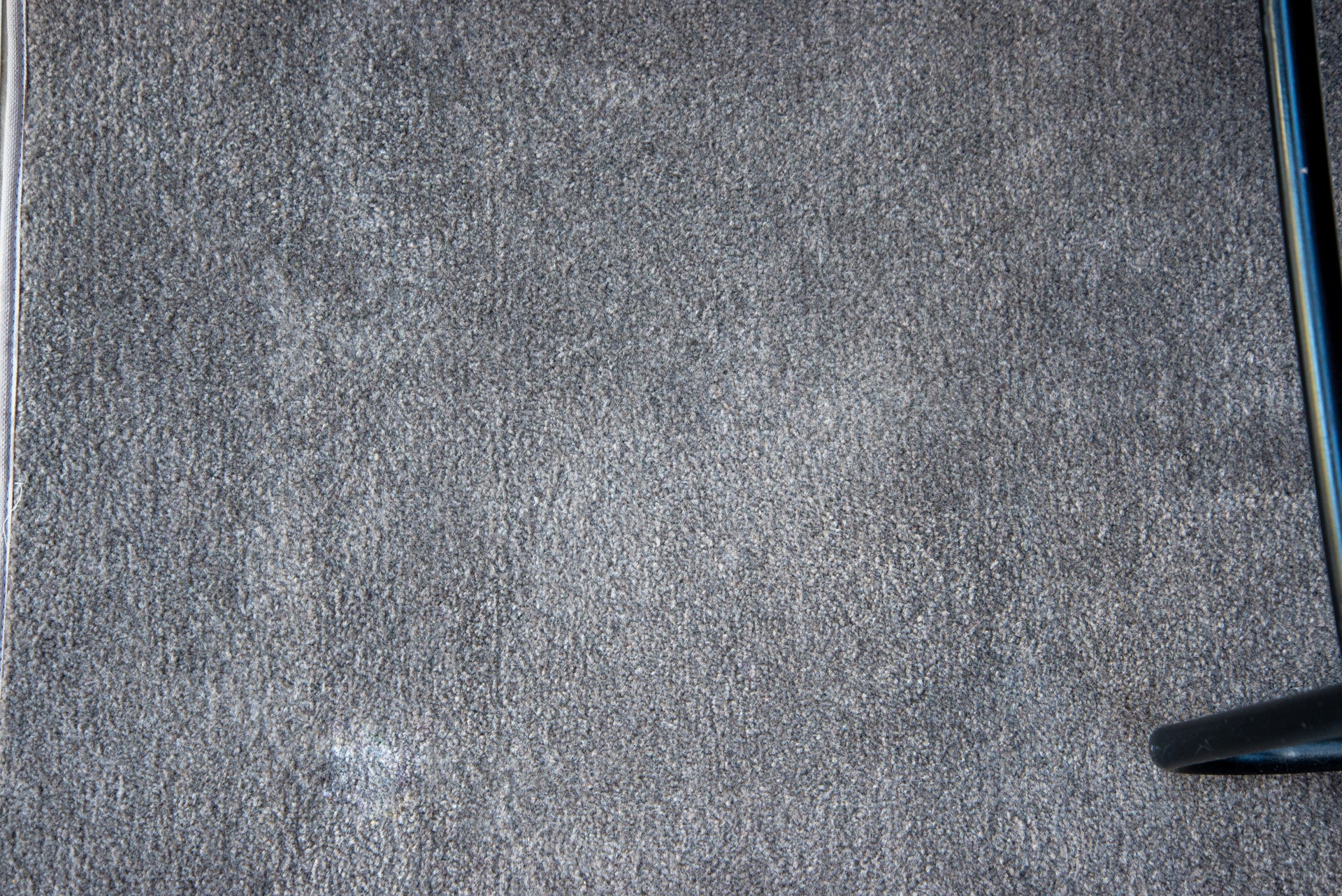 As far as robot vacuum cleaners go, though, the Roborock S7 performed impressively. Keep in mind that robot vacuums are designed as maintenance cleaners; you will have to turn to manual vacuuming routinely to get everything.

The good news is that the S7 didn’t get stuck at all, ably navigating through chair legs and around a table, meaning you shouldn’t have to tidy up too much before setting this cleaner to work.

When it comes to mopping, the S7 impressed further still. The S5 Max is capable of controlling its water supply, but it still used gravity to wipe away dirt. So, while it could tackle recent muddy paw prints from the from the cats walking in, dried-in stains proved beyond its capabilities.

Thanks to the Roborock S7’s sonic action, this is an incredible mop. It tackled muddy paw prints, food stains and tougher ground-in dirt with ease; the Deep Clean option is brilliant for very dirty rooms. However, edge performance wasn’t that good, with the S7 unable to get up close to the walls. 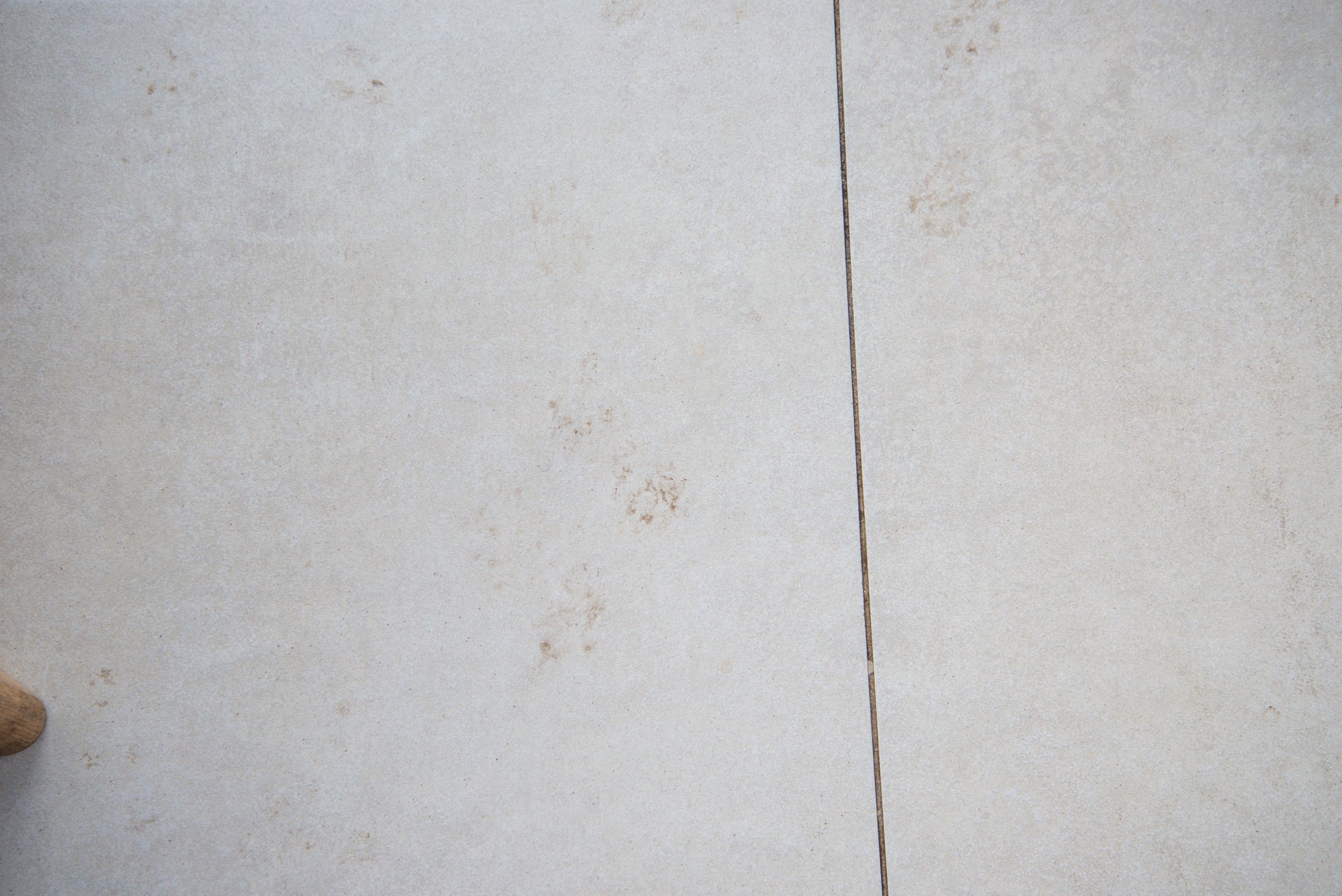 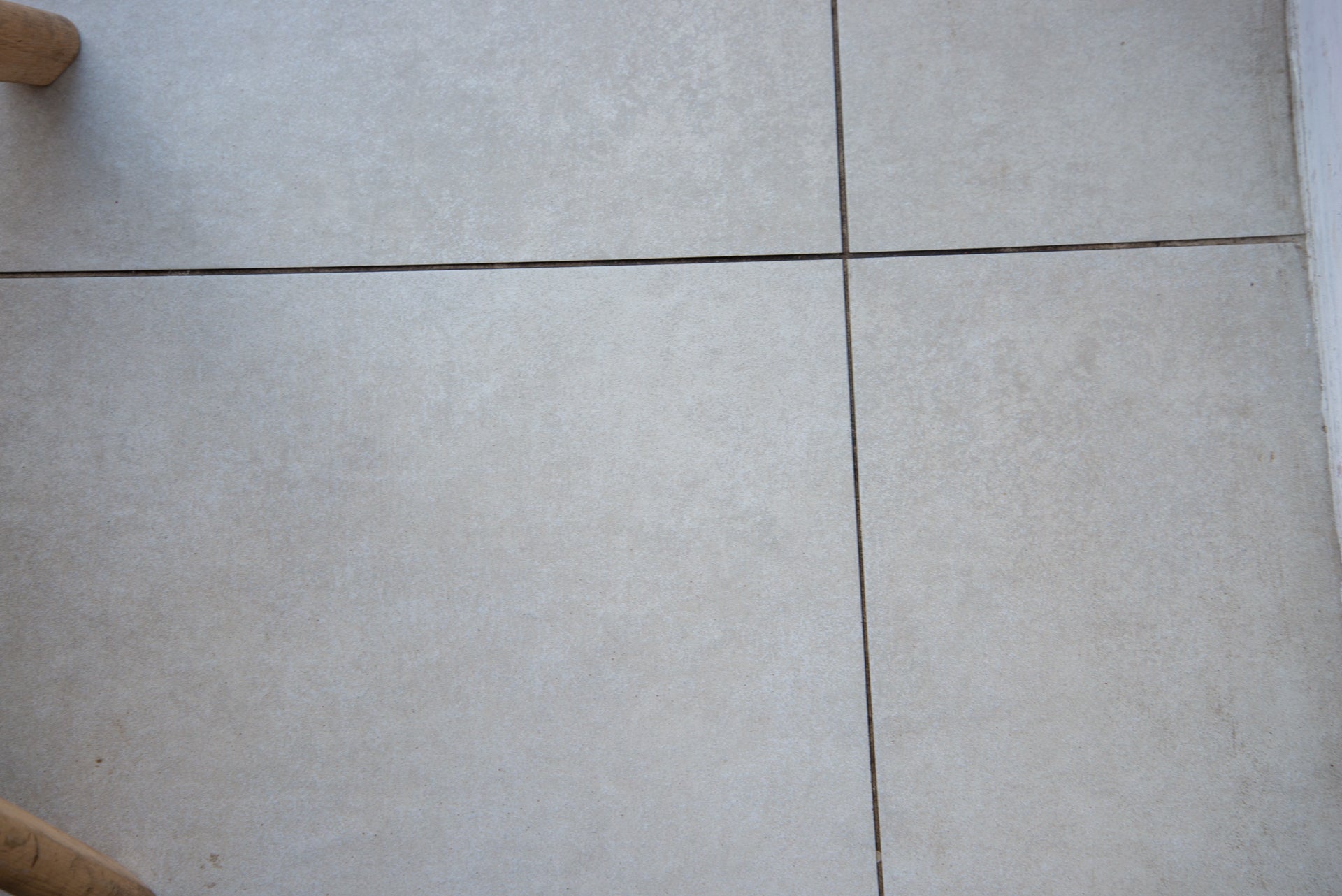 Despite that, my kitchen floor looked exceptionally clean. I found that I had to reach for the steam mop far less often and, when I did, it was more to catch the areas that the S7 hadn’t caught.

In terms of noise, on the maximum suction setting I measured the S7 at 71.6dB – slightly louder than regular conversation, and in line with the competition.

Should you buy the Roborock S7?

The S7 is one of the more expensive Roborock vacuum cleaners in the range, but it’s well worth the money. While the camera in the S6 MaxV – designed to help the robot avoid obstacles – is a clever addition, in use it didn’t always work well for me, and it wasn’t an essential upgrade.

However, for those whose home comprises a lot of hard floors, the S7 will keep surfaces looking cleaner for longer, reducing the level of work you have to put in. I’ve just found out that the S7 will not officially be sold in the UK for the time being, although it will be available through third parties. It will be on sale in the US soon. Pricing and more information to come when available.