Adding cameras to spot and avoid obstacles sounds like a fantastic idea as it should mean that you don't have to go around the house picking up objects before cleaning. In our tests the Roborock S6 MaxV was only partially successful, avoiding shoes and pet mess but pushing a food bowl around the kitchen. Powerful cleaning, maintenance mopping and incredible map control help make up for this but the overall price means that there are better robot vacuum cleaners for most people.

If there’s one big problem about having a robot vacuum cleaner, it’s having to clean up before hand, removing obstacles that the cleaner may get trapped on. The Roborock S6 MaxV aims to solve that with its twin cameras on the front that can recognise objects on the floor and avoid them automatically.

Powerful suction and mopping with excellent navigation make this another great robot vacuum cleaner from the company, but image recognition and object avoidance are so-so, and you get can similar performance without the cameras for less.

If you’ve seen one Roborock vacuum, the S6 MaxV won’t be much of a surprise to you. Measuring 353 x 350 x 96.5mm, this wide and thin vacuum cleaner is very similar to the other products in the range.

On top, there’s a dome that holds the kit for the LiDAR to aim with navigation, and three buttons to start a regular clean, return to the dock and to start an area clean, where you place the robot where you want it to start. 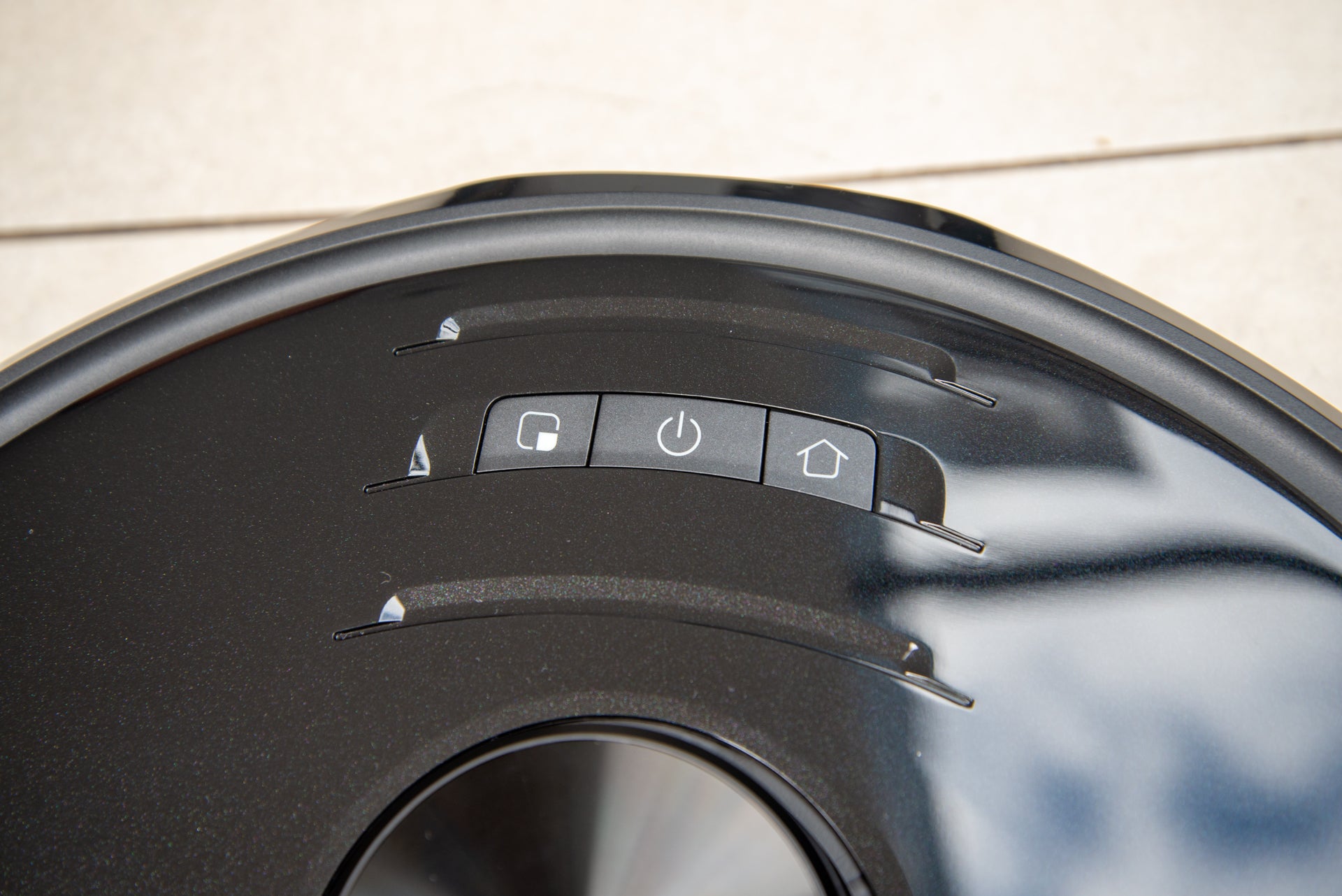 Flip the back open, and there’s the 0.46-litre dust bin, which simply lifts out. You open the flap at the front and then the dust can be poured away. You get one filter pre-fitted to the bin and a spare one in the box. 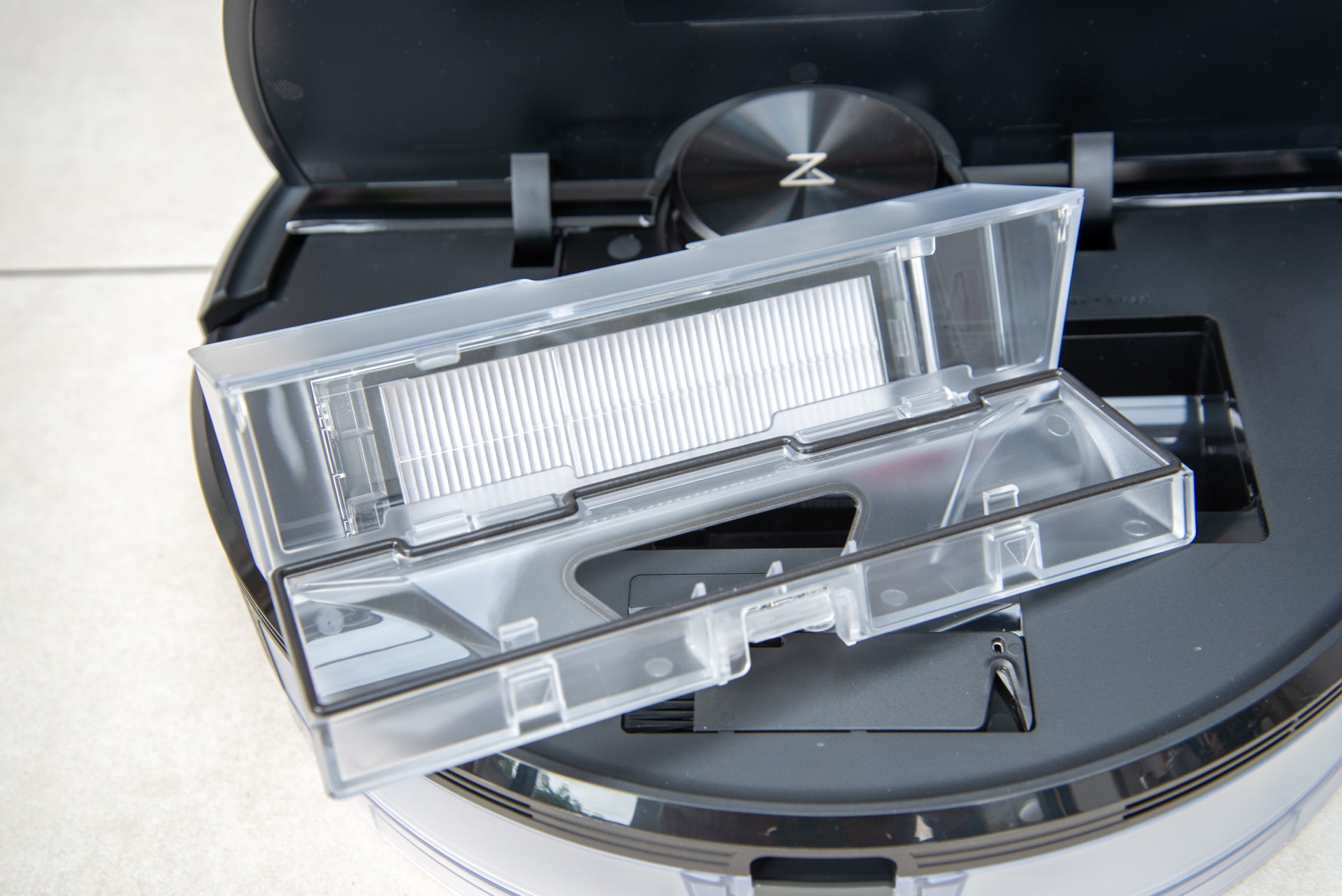 Under this flap, you’ll also find the tool for cutting away hair wrapped around the brush located underneath. This brush easily lifts up and out of the vacuum for simple cleaning. Underneath, the robot has a single side brush, which is designed to sweep dirt into the main suction area. This can be removed and replaced as it wears. 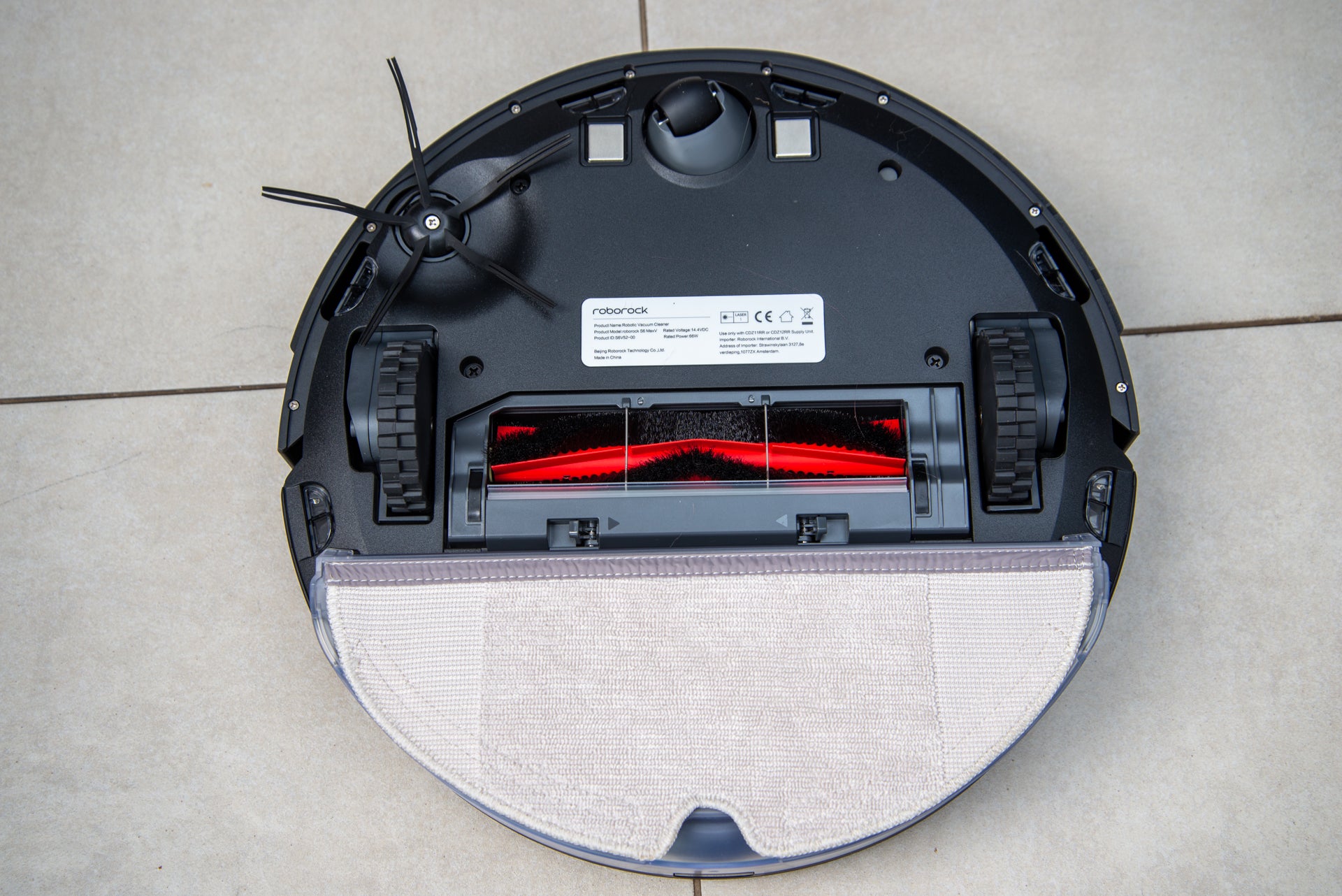 As with previous Roborock robot vacuum cleaners that I’ve tested, the S6 MaxV is also capable of mopping, with the app used to set how much water should be used. There’s a 300ml water tank that clips into the back of the vacuum, with a microfibre cloth attaching underneath. The cloth can be removed and washed as it gets dirty, but it’s a shame that there’s not a spare in the box, so you can also be ready to mop. 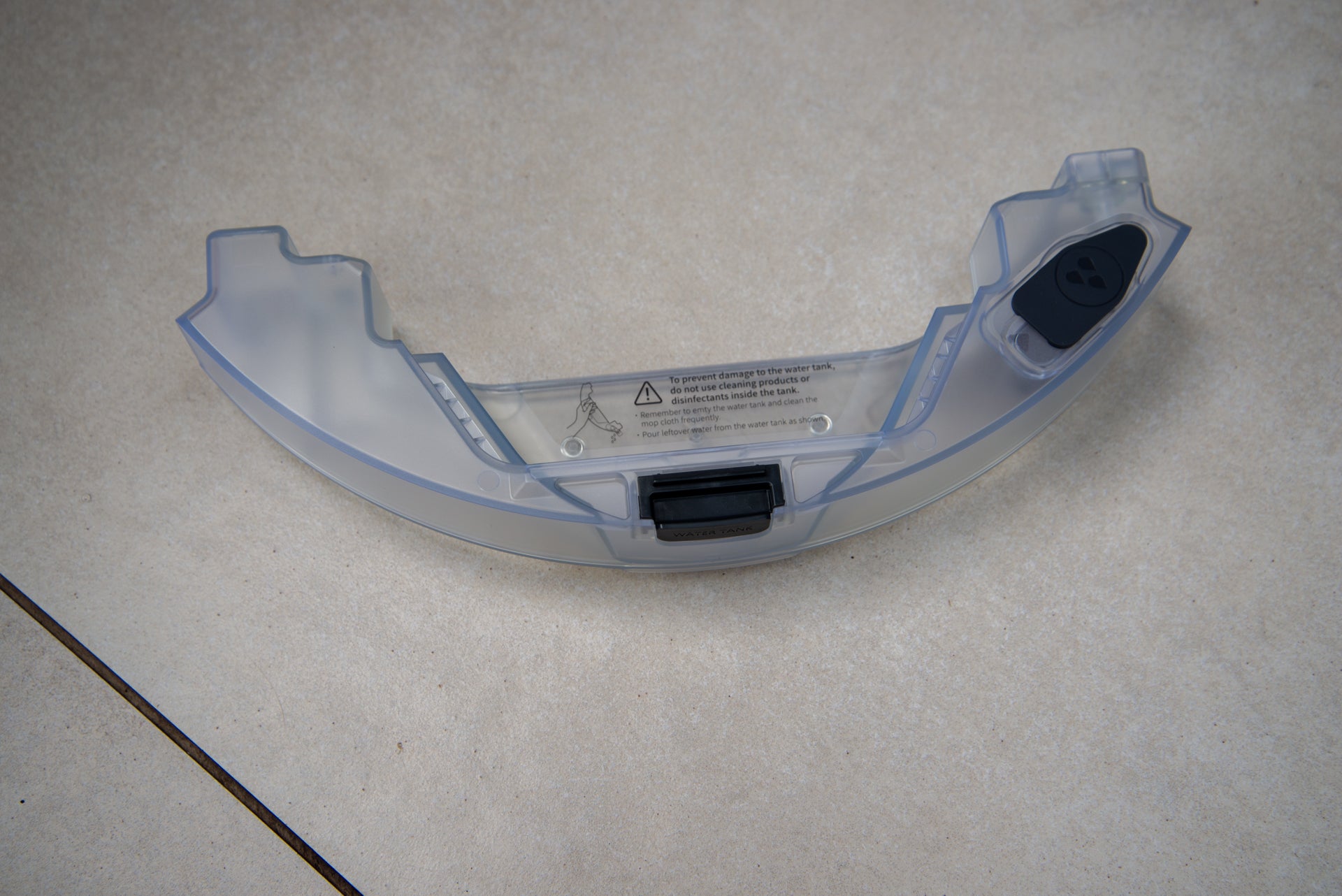 Given that a wet mop can damage some floors, Roborock provides a stick-down plastic guard that sits around the low charging dock. Once the robot is docked, it pretty much covers the guard, so you won’t see it.

Although you can simply get the robot to go off and vacuum around your house, you get far more control once it has built up a map of your home. You can store up to three maps per home, letting you cover multiple floors, switching between them as you move the robot around.

Once mapped, you can carve the map into rooms, which lets you customise how each room is cleaned. This includes setting the level of water to use and the suction power to use, per room. If you set some rooms to no-mop, then the S6 MaxV will tackle the dry-clean rooms first, before turning on the water for the mop areas. You can also set a cleaning order, letting you choose which rooms to tackle first. If you want to use one setting for the entire clean, you can do that in the app, too. Finally, you can tackle zones, telling the vacuum which area you want to focus on, which is great for a specific spill, such as after cooking or eating. With these zones, you can set the cleaning mode but also how many times the vacuum should pass over the area, up to a maximum of three. 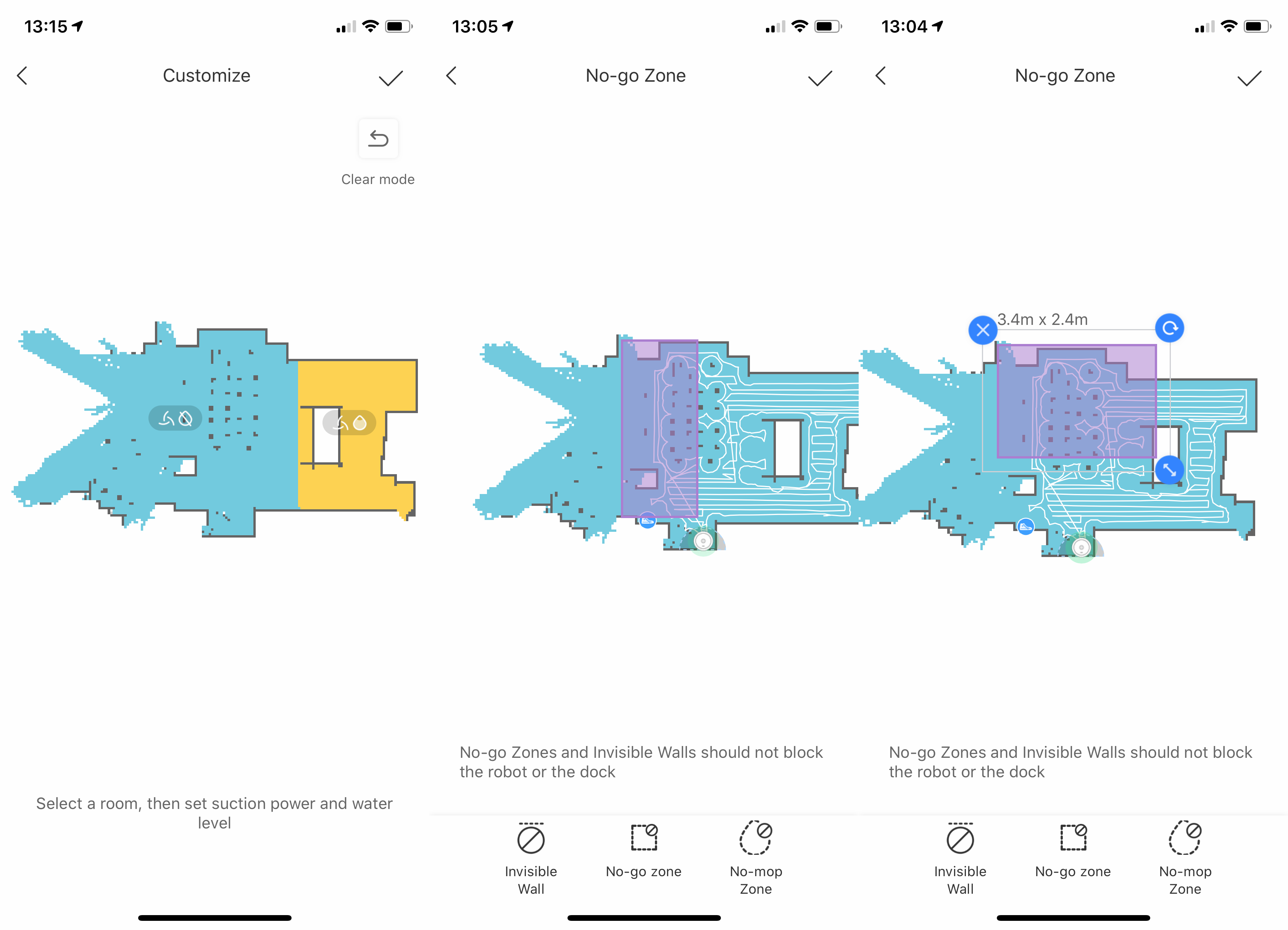 There’s a staggering number of modes to pick from, including Gentle, Quiet, Balanced, Turbo and Max. They’re not clearly defined or explained, so it’s hard to tell the difference between each of them. I stuck with the Balanced mode and turned on the option to boost performance when the robot detects that it’s on carpet.

As the robot maps your house, it will highlight objects that it’s spotted around the home and it will label them if it recognises them, such as ‘shoes’. By default, Roborock doesn’t take a photo of the objects it encounters, but it will do if you turn the option on. You can also turn on the pet mode if you’d like to look-out for and avoid pet mess on the floor. 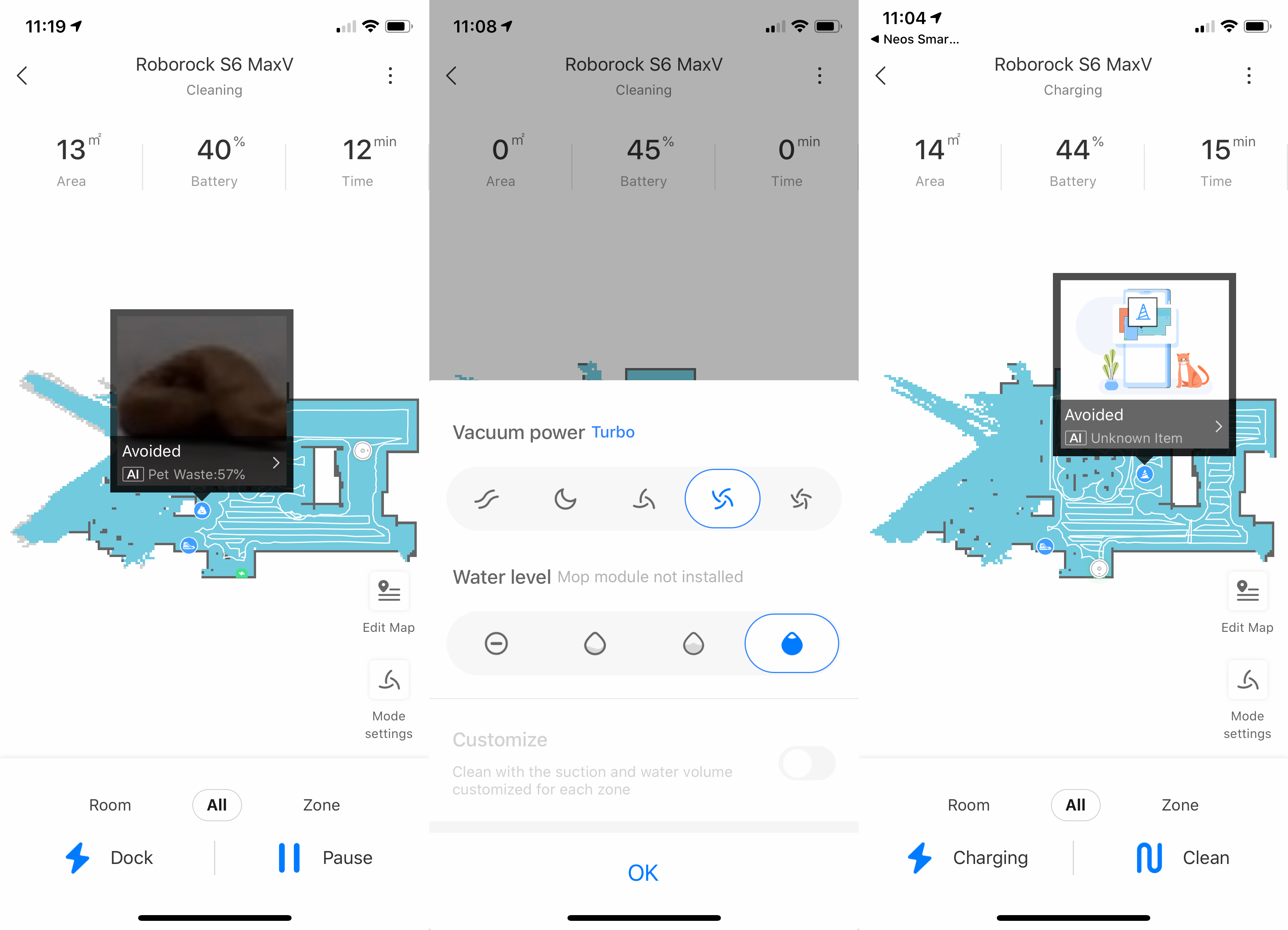 Roborock says that image processing is handled on-device and no camera footage is sent to the cloud at all for privacy. New, thanks to a firmware upgrade is the Remote Viewing feature that lets you see what the robot can see via the app. You can only activate it by holding down the three buttons on top of the cleaner, and you have to set an unlock pattern in the app to use the feature. Finally, the S6 MaxV also repeatedly says that Remote Viewing is active to let anyone in the house know that someone is viewing the feed.

Once you’re in the Remote Viewing mode, you can manually move the vacuum cleaner around, or you can tap and send it to a location on the map. It’s surprisingly good fun, and a neat way of checking out what’s going on in your house while you’re out but it’s not a feature that makes this vacuum any more worth buying. 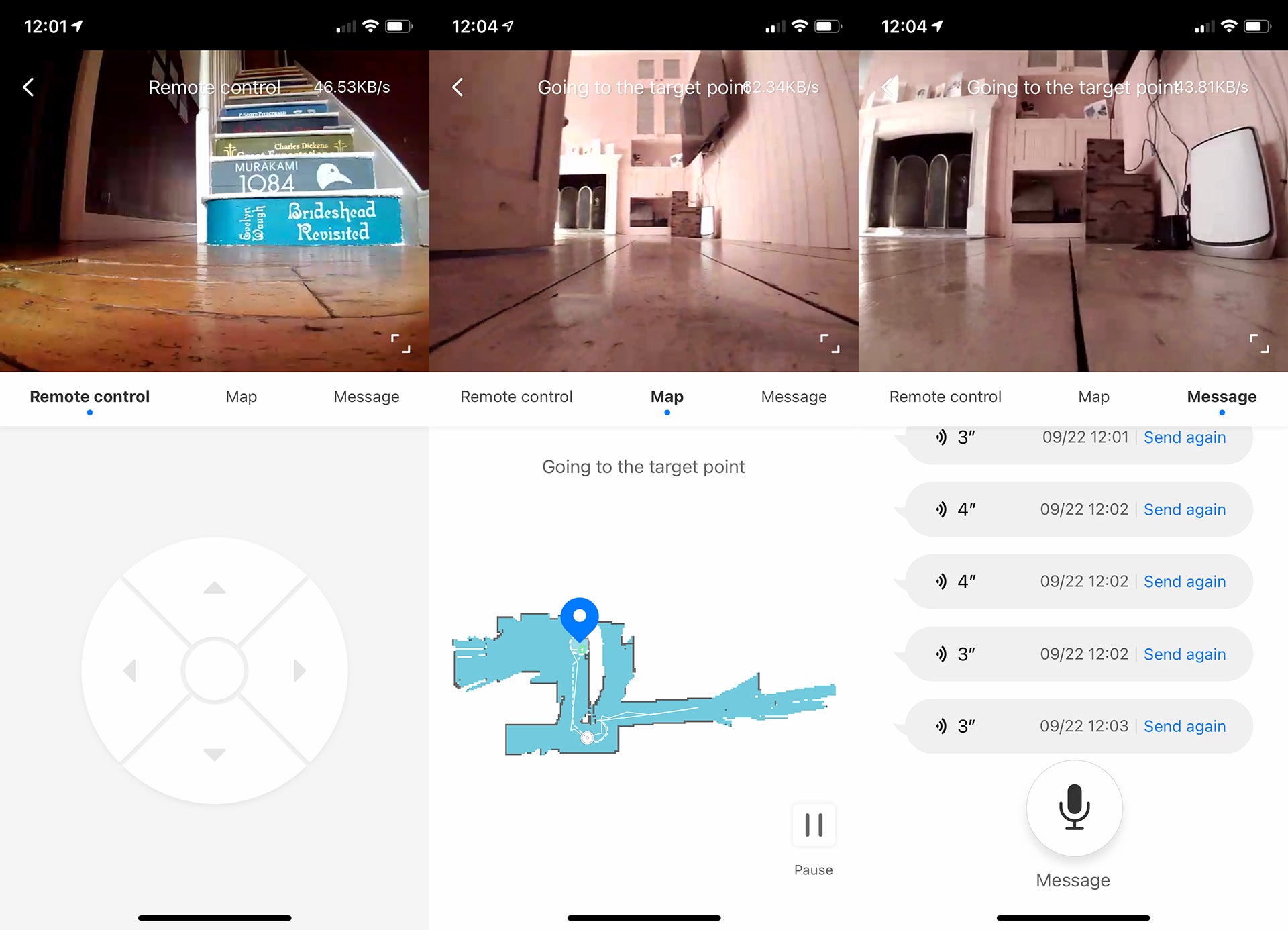 If you’d rather schedule your vacuum cleaner, you can do so through the app, choosing which rooms to clean when. And, there’s the usual Amazon Alexa and Google Assistant skills available, so that you can voice-control your robot into starting and stopping a clean.

One of the key things about the Roborock S6 MaxV is its ability to spot and avoid obstacles on the floor. In my experience, the system was exceptionally varied in how well it did. Putting the robot to the test, it correctly spotted some shoes on the floor and it detected the fake animal mess, too. 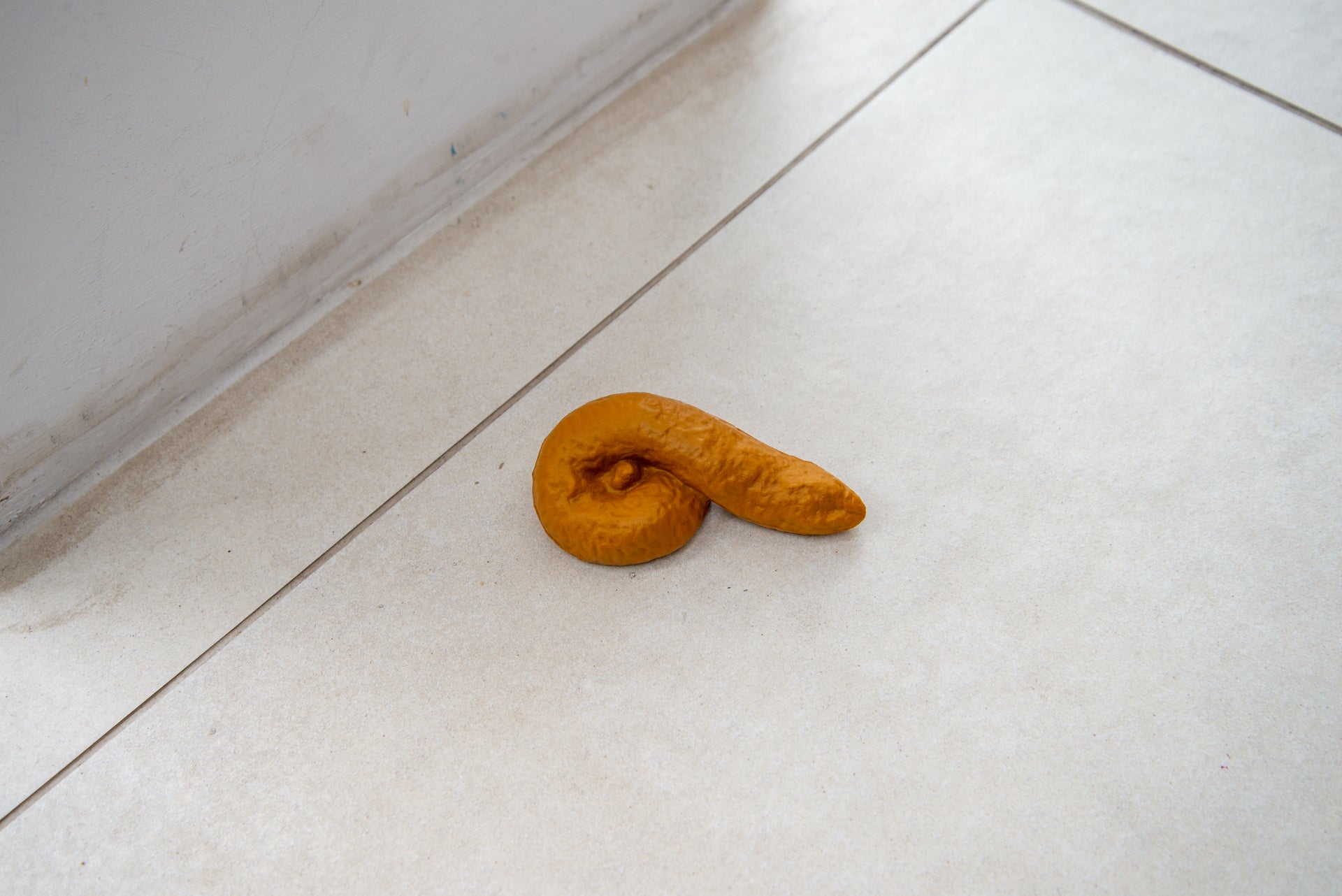 However, while it avoided one cat bowl on the first jaunt around the kitchen, the S6 MaxV pushed the other one almost underneath the fridge. On the second clean, the robot smashed into the second bowl, too. With a system like this, the robot will avoid some obstacles but you’ll still need to pick several things up. 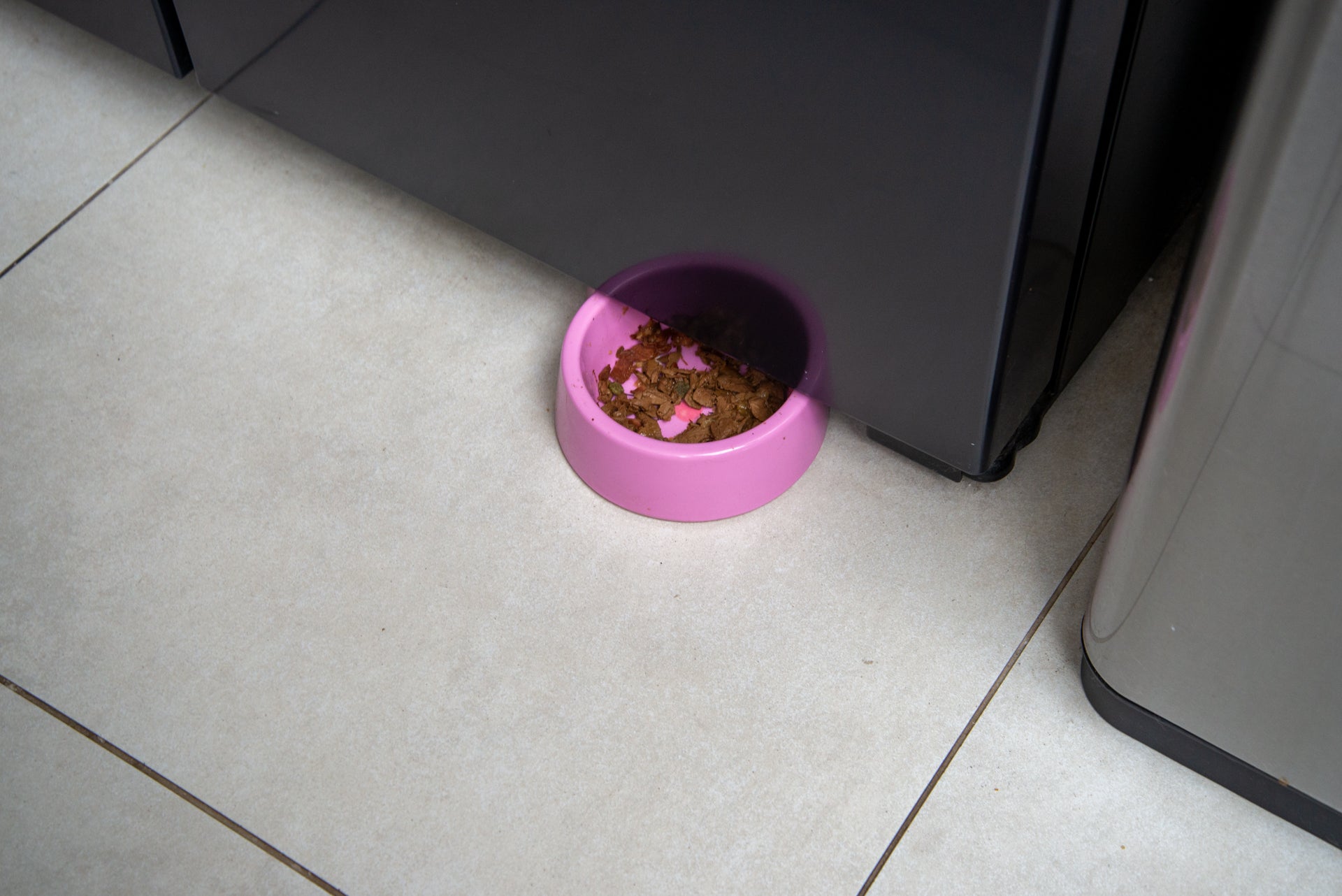 I’ve got no problem with the S6 MaxV’s navigation in general. Once it has a map of your house it will adjust its route to be the most efficient. I found that the S6 MaxV managed to get around my dining furniture with ease, avoiding getting stuck in the dining chair legs. It can’t quite get everywhere, though, so you may have to move some furniture from time to time for a deeper clean.

Pick-up performance was generally very good. I started with my standard hard floor test, where the S6 MaxV managed to pick up an ‘X’ of flour spread in the middle of the floor; there was a small amount of dust left in the grouting, but nothing that a second run on a higher-setting couldn’t fix. 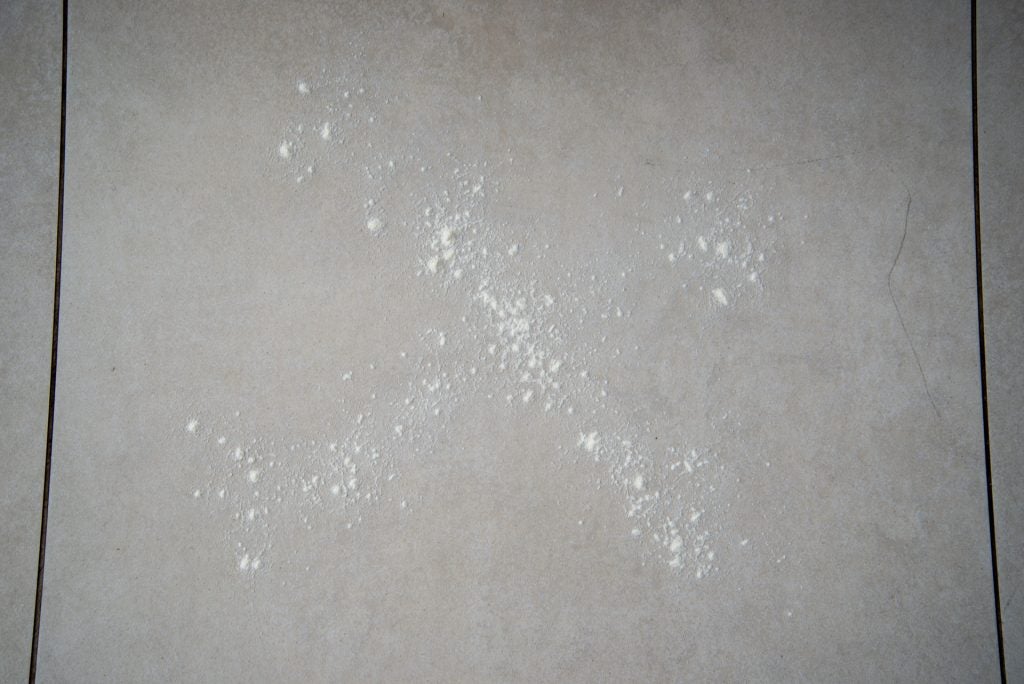 Edge performance as good, too, with the vacuum managing to remove all bar a small amount of dust near the skirting board in the kitchen. 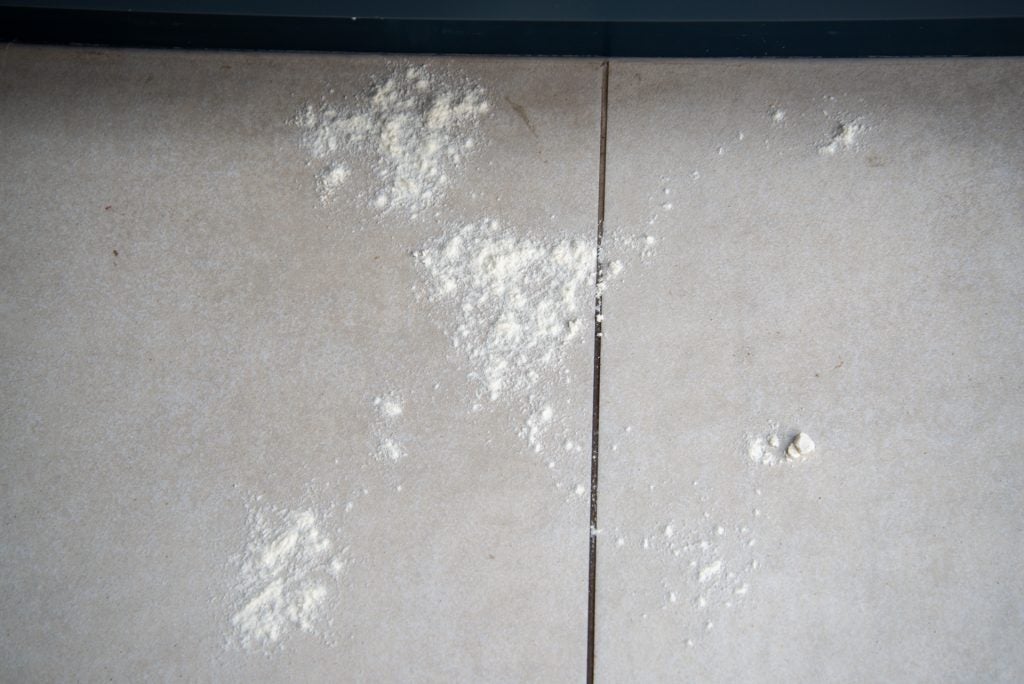 Next, I went for the carpet test, spreading an ‘X’ of flour on my test carpet. After a couple of runs over the mess, all the dust was out bar a very feint outline. Again, this level of pick-up is very good for a robot and shows that it will cope with general household dirt. 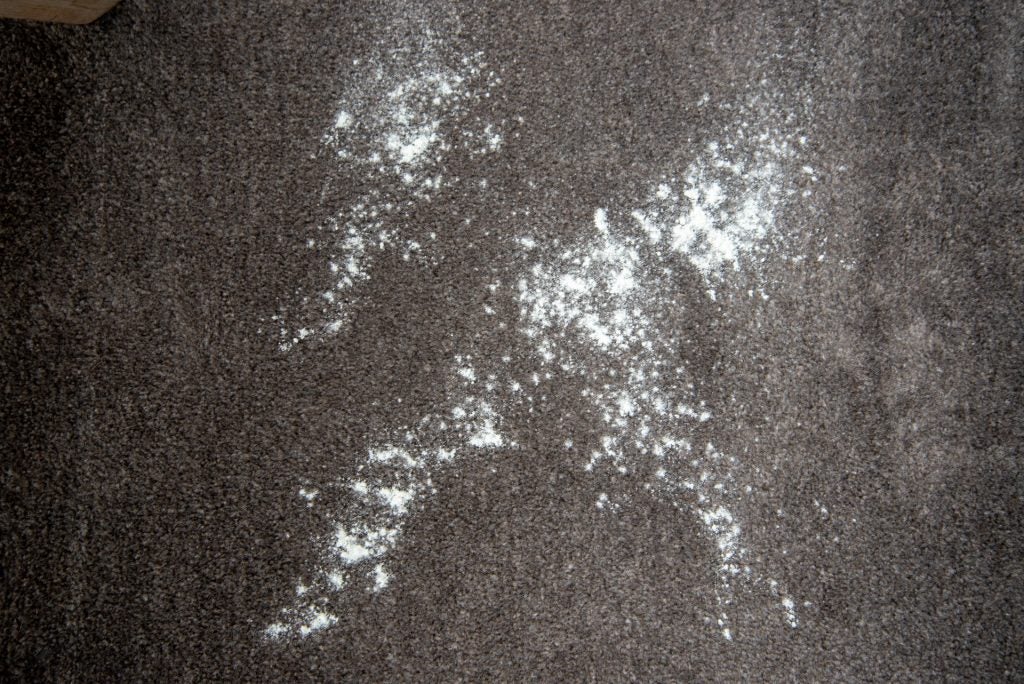 Finally, I tried out the vacuum’s mopping ability. As it merely gets a microfibre cloth wet and moves this across the floor, there’s only so much this system can do. Surface dirt, such as paw prints or shoe marks, can be removed with ease, but tougher stains will remain. As such, the S6 MaxV is a great maintenance tool, helping keep hard floors looking good until you have to tackle them with a full-on hard floor cleaner. 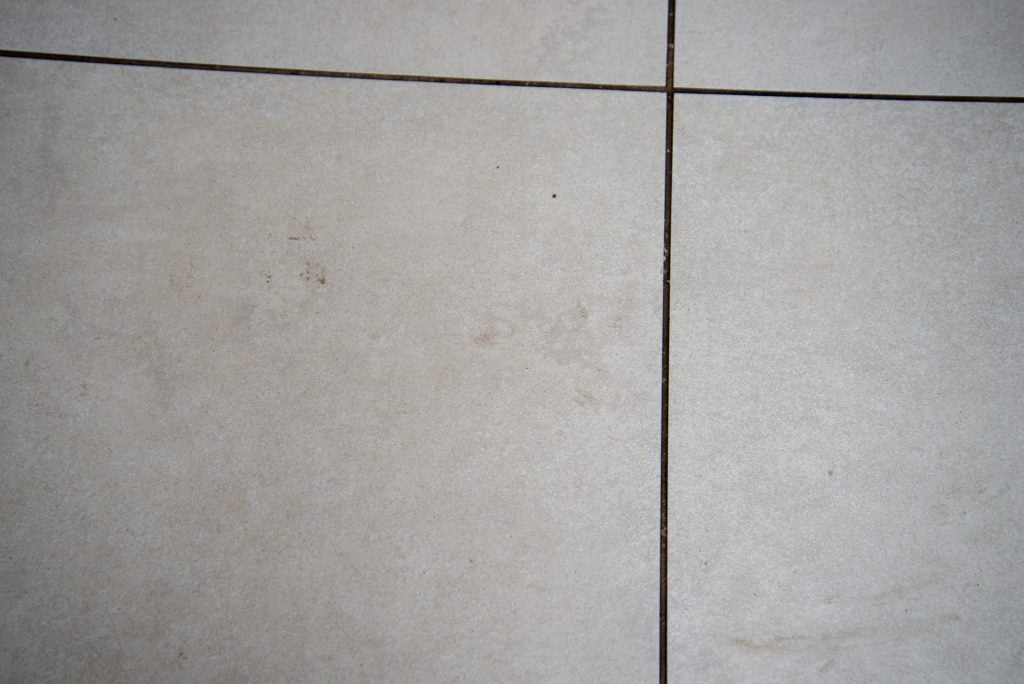 Battery life is up to three hours, which is quite incredible and means that S6 MaxV should be able to clean most houses in a single charge. I tackled my entire downstairs and still had 78% battery life left after an initial vacuum. Not only is long battery life helpful for cleaning large areas, but it also makes it easier to send the vacuum out for a second or third clean.

Should you buy the Roborock S6 MaxV?

Taken on cleaning performance, mopping ability and features alone, and the Roborock S6 MaxV is a great robot vacuum cleaner that’s highly customisable. Object detection from the camera is a clever add-on, but I found that it was highly variable in its accuracy when used around the house, spotting some objects but running others over.

Given the high price of this vacuum cleaner, unless you live in a house where pets keep having accidents, then the AI object detection probably isn’t worth the extra cash. For considerably less you can get the same quality mopping, excellent dust collection and the same configurable maps with the far cheaper Roborock S5 Max, one of my favourite robot vacuum cleaners, while our guide to the best robot vacuum cleaners has alternative choices.