Everyone likes to feel in control. Whether you’re a worried passenger in a car or in way over your head at work, there’s nothing worse than that sinking feeling you get knowing you’re powerless to influence the world around you. That’s why personal media players (PMPs) – originally in the form of portable tape players like the Sony Walkman – have proved so popular because you’re no longer at the beck and call of the radio – now you can be your own DJ.


It’s also the reason I think media streaming has taken off. Being able to connect to ”your” music collection and listen to it where and whenever you like puts you back in control. It’s a win, win, win, and – heck let’s have another one – win, situation! So it’s no wonder all the big name radio makers are falling over themselves to churn out portable radios that can tune into your networked music collection.


At least, that’s the impression you get when you look at the Stream WM-202 – the employees at Roberts must have all been reduced to proverbial headless chickens to have let this one through the door. I mean, surely someone at some point along the design process would’ve noticed quite how horribly ugly this thing is? Who knows. 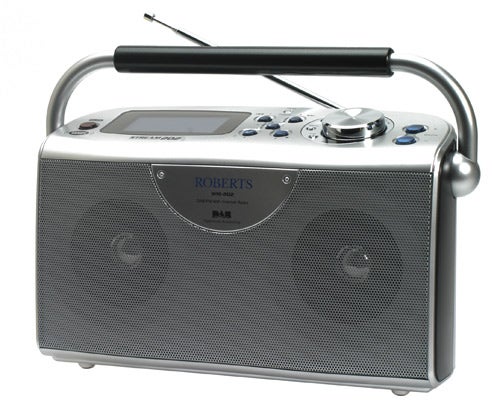 Before I continue my rant, I should probably reaffirm what we’re looking at today and what its pedigree is. As mentioned, the Stream WM-202 is a portable desktop radio that can tune into DAB and FM radio stations, as well as connect to your wireless or wired home network through which it can connect to Internet radio stations and your shared music collection.


It’s a fairly common feature set that has proved successful for products like the Pure Evoke Flow and considering Roberts’ history of creating some great sounding, beautiful radios, like the Revival RD60 and GlowTime 1 – CR9952, we expected good things from this one. However, aside from anything else we find it hard to get passed how cheap and nasty it looks. 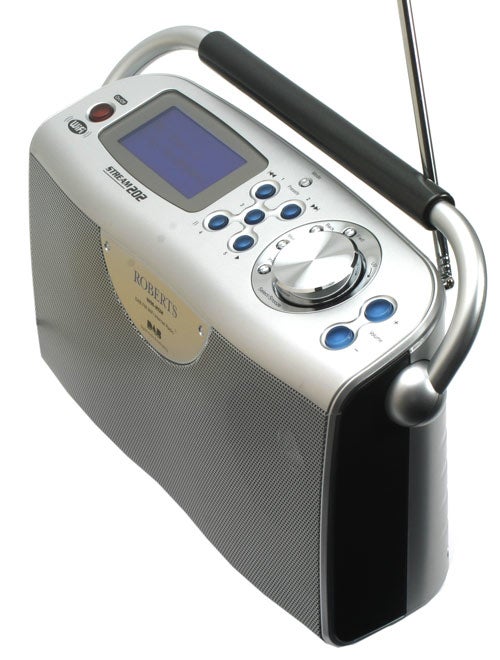 The body is finished in a very thin and plain silver paint, there are fake Chrome highlights randomly dotted around and the arrangement of buttons is all over the place. We can accept a device being made to a budget in terms of materials used but to take such a slapdash approach to the design as well is very disappointing. In fairness the overall build quality is reasonable and the unit feels sturdy enough, though it does exhibit that unsatisfying hollow, creaky quality that, again, puts you in mind of a cheap product.


So, we’ve well established the Stream WM-202 isn’t going to be winning any design awards but that’s not the be all and end all so let’s look at how it functions.

Despite their rather haphazard layout, the controls on the Stream WM-202 do a reasonable job of making navigation quick and easy. The chrome rotary dial also makes the task of entering text easier than you might expect – text entry is needed for connecting to secure wireless networks as well as for searching online radio stations and your music collection.


The screen also plays its part in keeping things user-friendly. It’s an LCD panel so suffers from the usual viewing angle issues that plague this type of display but it does show a decent amount of information at once, so you’re not left constantly scrolling back and forth when reading long song names or lengthy lists. 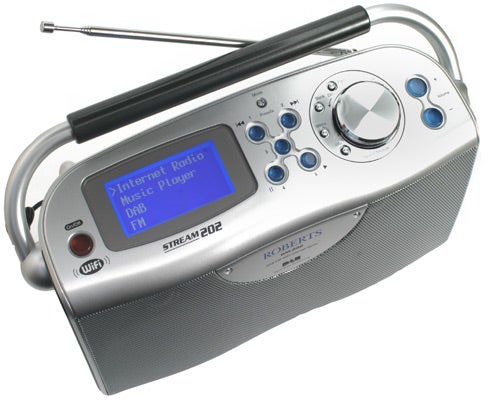 Once you’re connected to your network, browsing Internet stations is a simple case of narrowing down your search by genre, location, popularity, or just by searching. When you’ve found a station you can add it to your list of favourites for quick recall and can even do likewise for Podcasts.


The process is a little laborious to set up, as you have to pick your way through the hundreds of stations to find your favourites, but once that’s out of the way it’s a quick and easy system. It does, however, highlight just what an important part Pure’s online content gateway The Lounge has to play in making the Pure Evoke Flow such a pleasure to use. 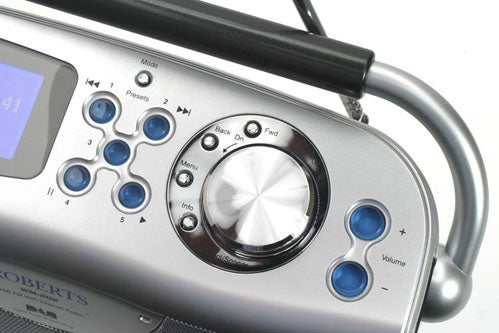 Also, I must once again mention the odd control layout, which really does little for the radio’s usability. In particular, the four small silver buttons that encircle the control dial are a pig to reach and illogically laid out. Also, who thought it would be a good idea to have a criss-cross of buttons rather than a simple row?


Round the back we find the Ethernet port for connecting to your wired network and a USB socket, though this is just for servicing. There’s also an auxiliary input jack for an MP3 player, or such like, and a headphone socket. Most notably, though, is the battery compartment, which hints to this radio’s portable pretensions. However, the fact that it requires six large D-cell type batteries means I can see a lot of people never bothering with this feature, even though it can last for 40 hours on one set. 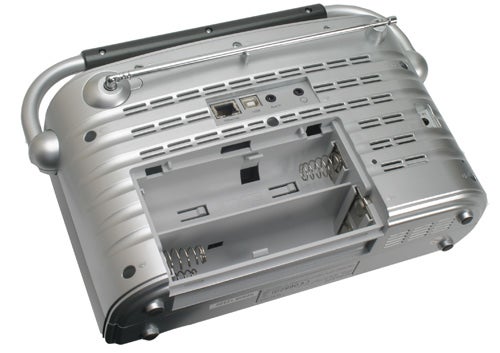 Our usual poor radio reception at the office meant picking up both DAB and FM stations was a struggle for the Stream, despite the fact it has one of the longest antennae of all the radios I’ve tested. However, the usual trick of taking the radio home proved that it can pick up plenty of stations in an area with a reasonable signal.


Sound quality is actually the one area where the WM-202 does hold up to the competition. It’s no audiophile’s dream like the Boston Acoustics Solo XT or the Tangent Trio but it comfortably beat the Evoke Flow on sheer volume as well as depth and clarity. Something that is probably largely down to the fact it employs a stereo set of speakers. However, this last hurrah is far from enough to save the Roberts Stream WM-202 from the depths of design mediocrity.


The Roberts Stream WM-202 certainly has all the features you’d expect of a modern desktop radio and they all work reasonably well. However, its relatively high price and appalling design and build quality means we can’t help but recommend you steer clear.