One of the most charming radios available, if not the best-sounding speaker you can get for the money

What is the Roberts iStream 3?

The Roberts iStream 3 is a DAB radio that does its best to keep up with wireless streaming speakers, while keeping a classic look. That remains a key appeal of all the most desirable radios. 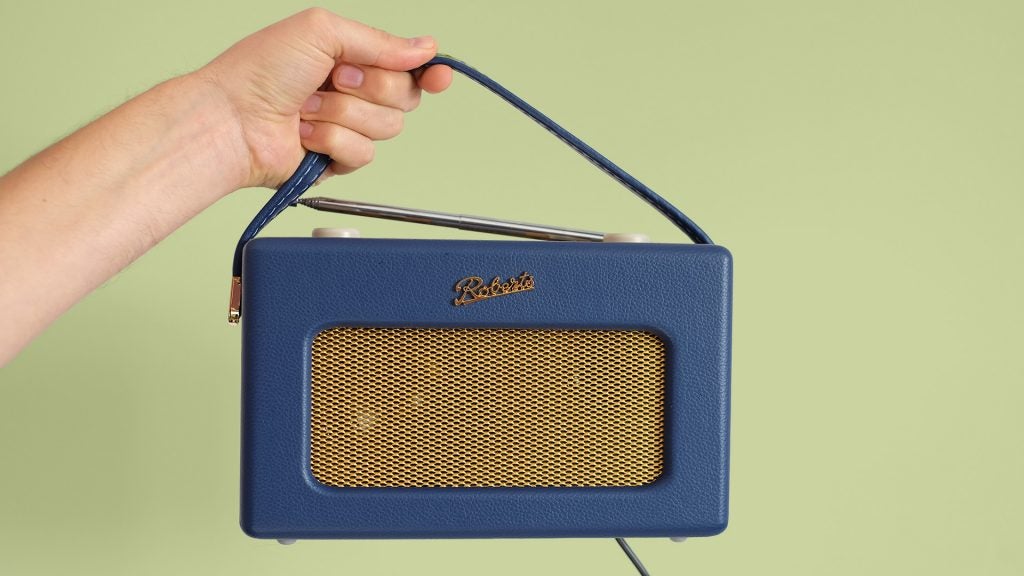 New features for this generation include the ability to control the Roberts iStream 3 through Alexa, and more integrated streaming services.

Sound quality hasn’t kept up quite as well, and the Roberts iStream 3 wouldn’t be a match for a similarly priced wireless speaker such as the Sonos One. But the expectations for radio sound quality just aren’t in the same league, and this set is still both an enjoyable listen and a charming addition to a room.

The Roberts iStream 3 has the same core styling as the vanilla Roberts Revival, but this radio is smaller than some. A few of Roberts’ traditional models can dominate a bedside table to an extent that you might not expect from pics posted online. This one won’t. 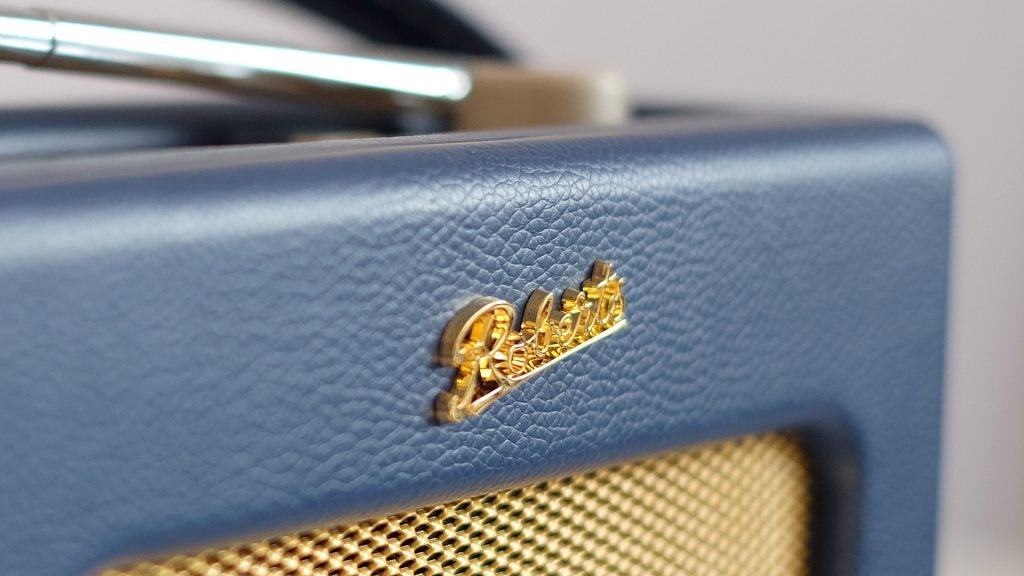 As ever, Roberts trades on the traditional. The shell is wrapped in leather-effect vinyl, the front metal speaker grille is delightfully old-looking. Even the buttons on the top of the unit look as though they belong to an earlier era.

You’d never guess it can do most of the same things as much more futuristic-looking speakers.

Some tricks are missed, though. The Roberts iStream 3 has a carry handle and can be used battery-powered. However, note that a lithium ion unit isn’t included. You use six AA batteries instead, which slot into the bottom. 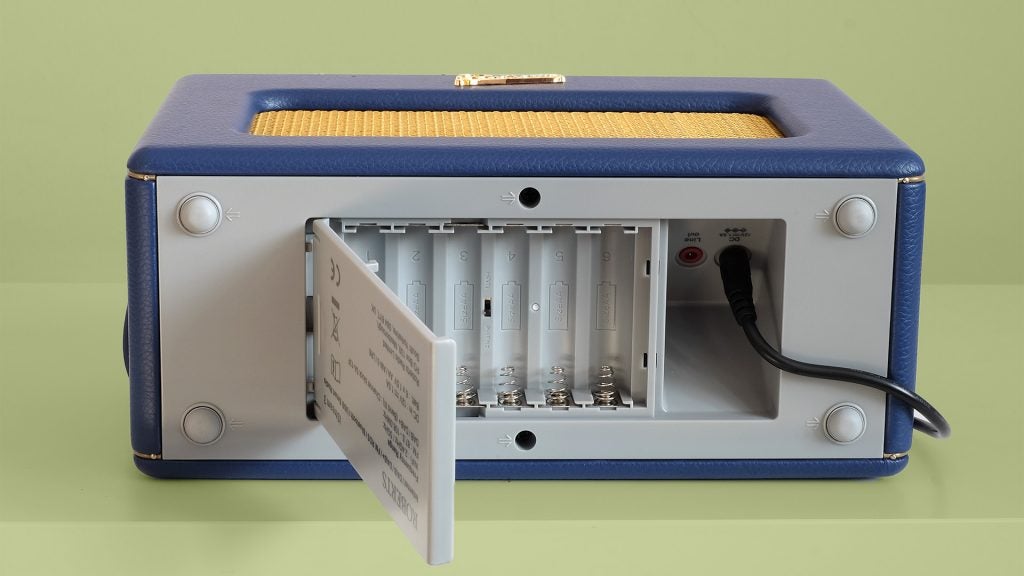 Batteries don’t initially seem like an ideal solution, but it’s better than it sounds. The Roberts iStream 3 has built-in charging for NiMH rechargeables and a handy charge LED. You can buy six high-quality, low-drain rechargeables from Eneloop, Energizer or Duracell for £15-20. Pure’s ChargePAKs cost £30-35.

If you have an old Roberts radio, you’ll notice a few design differences. The Roberts iStream 3 doesn’t have a latched rear that opens to reveal the inside of the cabinet. This is good: half the Roberts radios I’ve seen in person have broken latches.

All the connections on offer now sit on the bottom. That’s the power socket, the aux input and the Ethernet port. There’s also a USB up top, which lets you slow-charge your phone.

If you want to treat the iSteam 3 such as a classic DAB radio, you can. Use the knobs to select stations on the colour LCD and you can ignore all its streaming features. This is handy if you live with someone much less techy than yourself.

Classic features such as an alarm are also here. You can set two alarms, which is useful if you want one time on weekdays, another at the weekend. 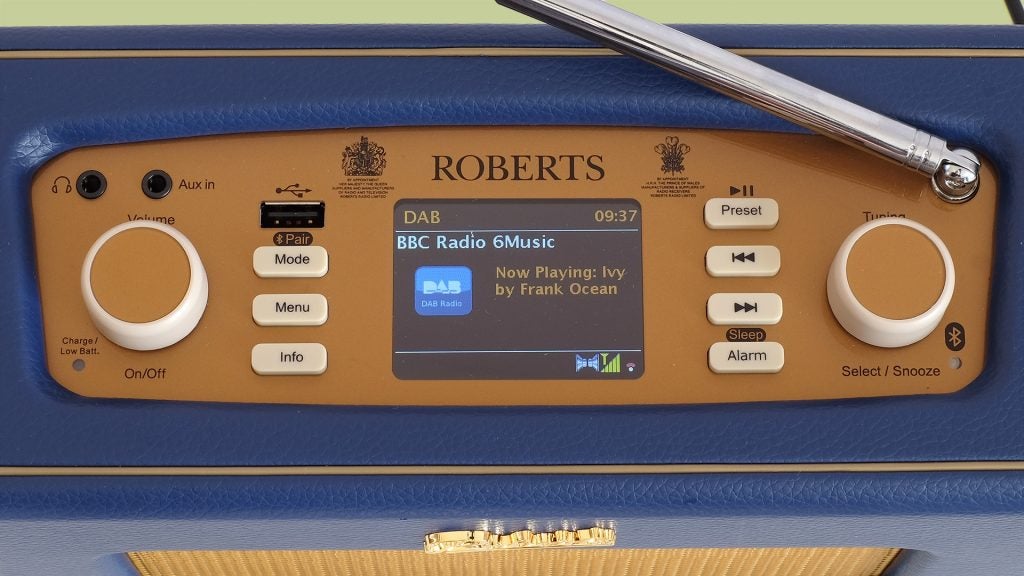 The Roberts iStream 3 uses Undok for its more advanced features. This is a multiroom streaming platform favoured by companies without the will, or budget, to make their very own bespoke software to rival Sonos.

You can directly access Deezer, Tidal, Amazon Prime Music and internet radio right from the top of the Roberts iStream 3. If you want to do something more advanced than playing a DAB or internet radio station, however, you’ll probably want to use the Undok app. 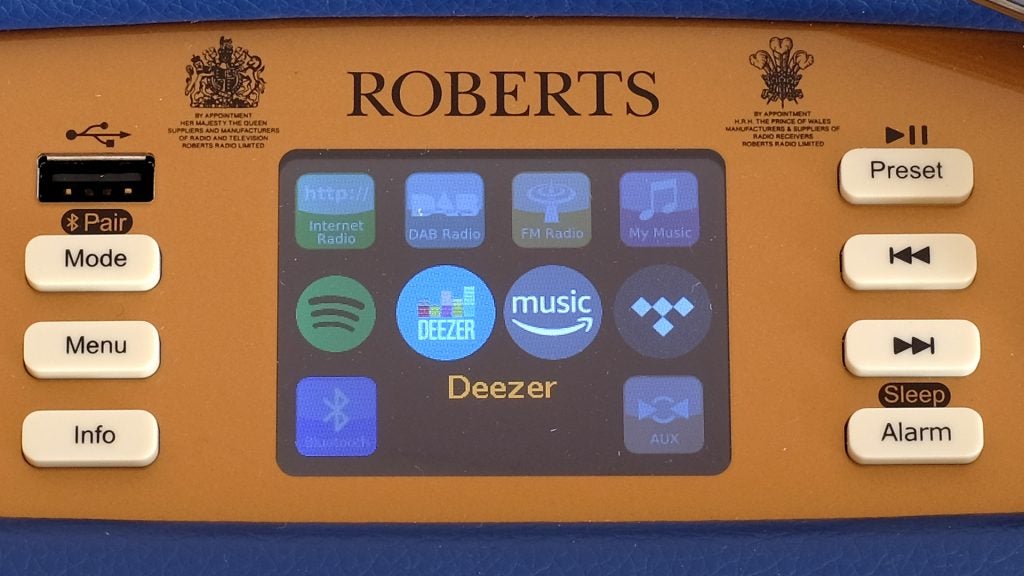 Spotify user? You can stream music directly from the Spotify app.

The Roberts iStream 3 also has Bluetooth, which is handy for streaming services that aren’t supported by the Undok platform, or even mobile games. This radio has more comprehensive wireless features than many dedicated streamers. And while Undok isn’t quite as sleek as the Sonos platform, that difference is diminished by the radio’s physical controls.

You can ignore the app completely if you like. 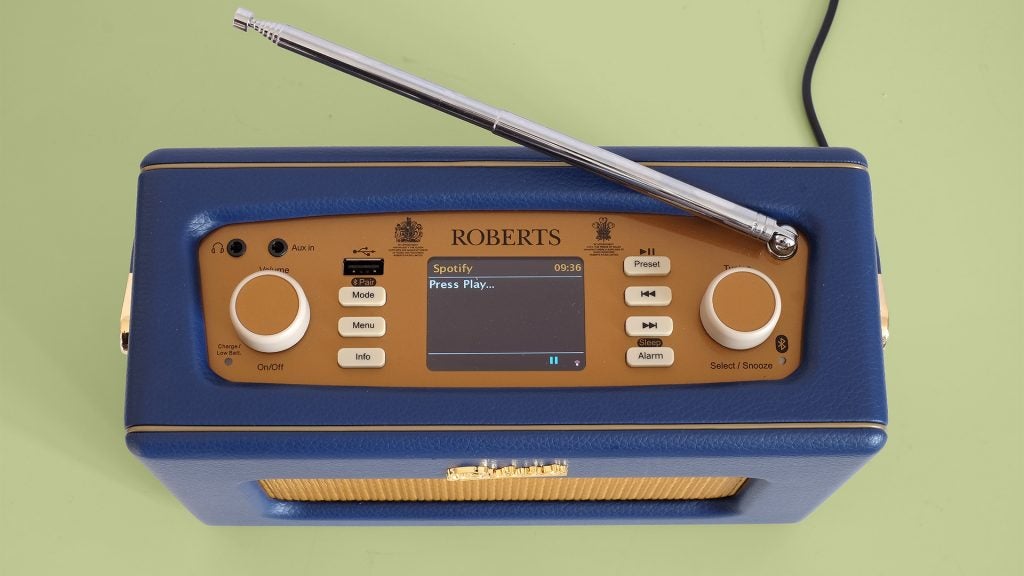 There are buttons to skip tracks, to change volume – but not the polarising touch-sensitive panels of the Sonos Play:5. Undok also offers some basic multiroom features, grouping up different Undok-platform devices to play the same track in different rooms.

Other brands that use, or have used, Undok include Revo, Sonoro and Goodmans.

Previous iStream radios have used Undok, too, and offered many of the same core wireless features. However, the iStream 3 adds Alexa support. This isn’t like an Amazon Echo or Sonos One. You can’t ask it questions, or for tracks, but the radio is recognised as a smart object by such smart speakers.

If you have an Amazon Echo Dot, for example, you can use it to change volume with a voice command. The Nuvola Alexa Skill adds these features, if you want to use voice control. 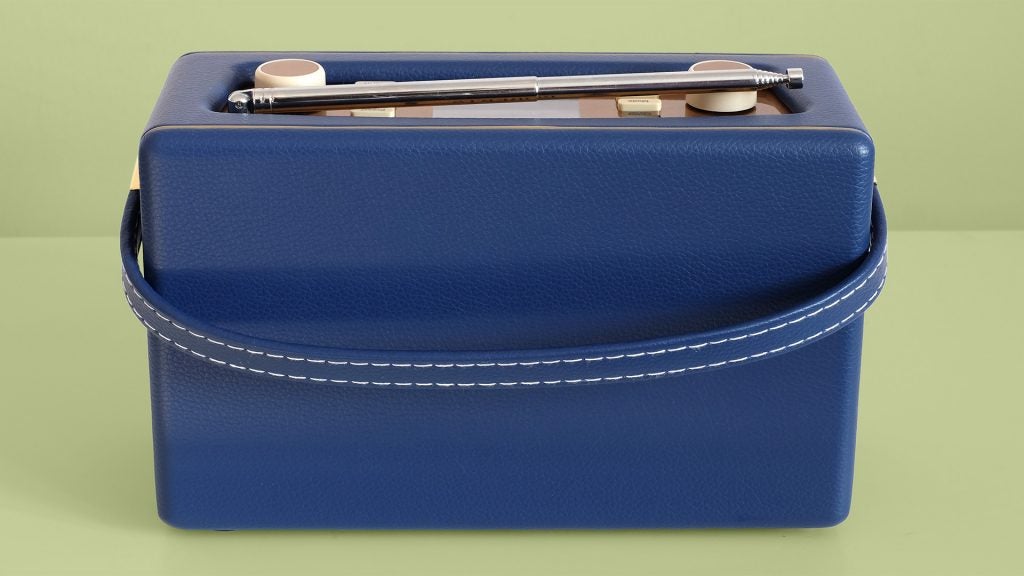 The Roberts iStream 3 has a very conventional speaker array. It uses a woofer and a tweeter, and no passive radiators.

It’s also one of the best-sounding DAB radios you can buy. This is miles away from the “small radio” sound that’s tinny, better suited to BBC Radio 4 than a music station.

Its mids are particularly full-sounding, which gives the iStream 3 Roberts’s signature rich character. It can sound a little bass-heavy with spoken word stations, but multiple EQ modes let you fix this. 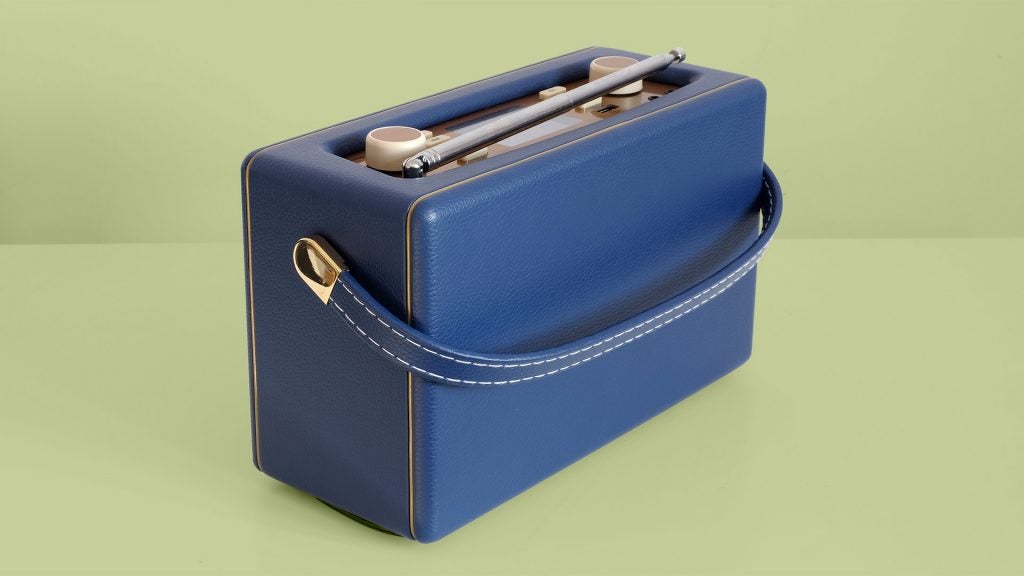 Crank up the volume and you can just about fill mid-size rooms, which is ideal if you have a big open-plan kitchen you plan on dancing around while cooking.

The Roberts iStream 3 only bears comparisons to other DAB radios, though; not the home wireless speakers you can get for £200. Next to the cheaper Sonos Play:1 and Riva Arena, the Roberts’s bass is shallow, the mids a little rough, the soundstage imaging basic and dynamics relatively flat.

DAB radios have been left behind socially, because they don’t tend to use more aggressive audio techniques such as passive radiators or long-throw drivers. This speaker is in a completely different category, of course, but is worth bearing in mind when you have £200 to spend on audio. 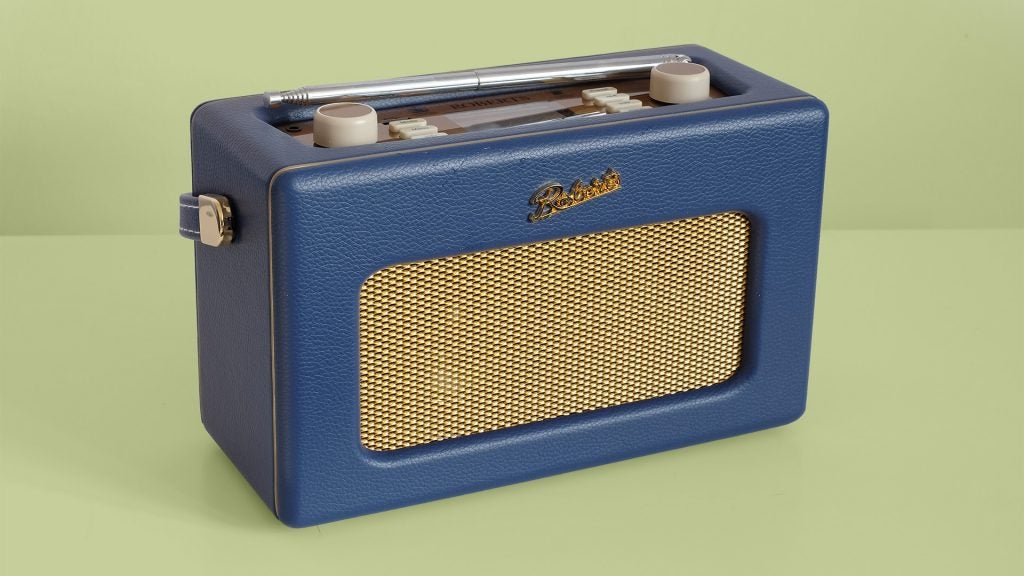 Why buy the Roberts iStream 3?

The Roberts iStream 3 is one of the most feature-packed, charming and best-sounding radios with a traditional retro design. This instalment brings more streaming services including Amazon Music, and Alexa support.

If a classic DAB radio such as this is what you’re after, don’t hesitate.

However, those not so tied to button operation or the charming throwback style may want to consider a smart or multiroom speaker. The best at the price sound substantially better, although you do have to operate them with your voice or phone.

One of the most charming radios available, if not the best-sounding speaker you can get for the money.