The Beacon 330 offers great style but a less exciting sound. If you’re interested in a speaker that can double up as a smart assistant then the Beacon 330’s focus on the former will leave you cold. In fact, its overall sound leaves us feeling rather lukewarm.

The Beacon 330 is Roberts Radio’s first Bluetooth speaker, aimed at listeners who care just as much about style as they do sound.

The definition of “beacon” – at least the one we found while Googling – is a “fire or light set up in a high or prominent position as a warning, signal, or celebration”.

Of that trio, it would seem that “celebration” is the word the Beacon would want listeners to associate it with. Best known for its radios, the Beacon is a step into a market that has arguably usurped the trusty old radio as the audio device in the homes of many.

Consequently, and like an actual beacon, the Roberts Beacon 330 aims to shine as brightly as possible. The question is, does it?

The Beacon 330 is a great-looking Bluetooth speaker. Lift it out of its eco-friendly packaging, and it sports the singular retro aesthetic that made Roberts’ own radios such lookers. Opting for a vertical profile, the Beacon 330 comes in four finishes (this review sample is Duck Egg), with its midriff wrapped in a milled speaker cloth that’s manufactured in Yorkshire. 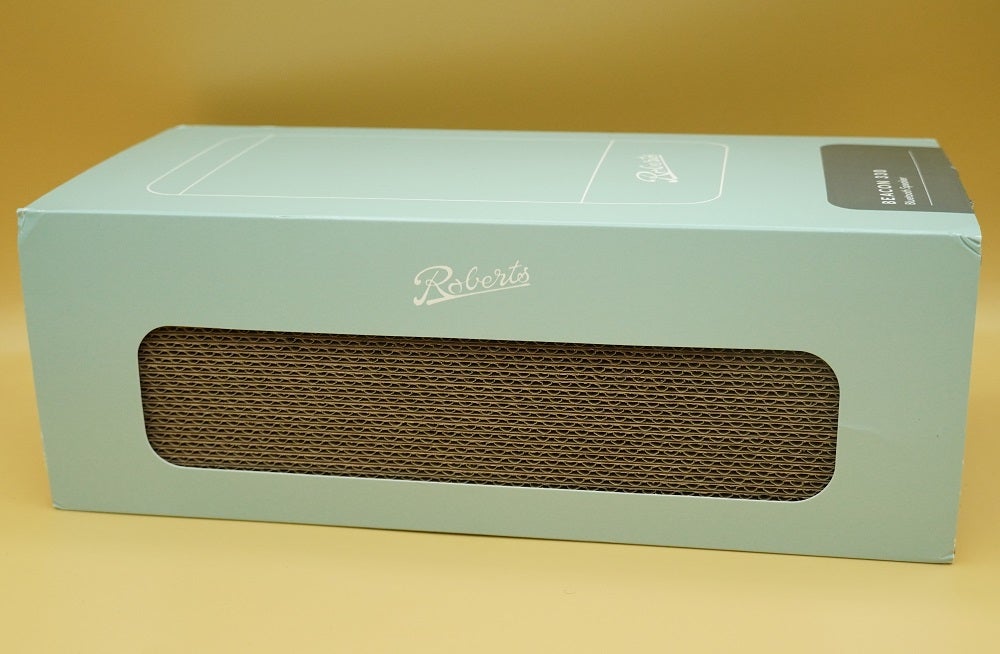 Roberts says the material provides benefits to the sound for optimal acoustic transparency. At either end of the cloth are gold trims, with the logo at the bottom featured in a gleaming gold finish. Despite the use of plastic for the casing, it’s an eye-catching look.

On the top surface and covered in a brushed gold finish are the controls for power, Bluetooth pairing and volume. There’s no button for skipping tracks, though, and it’s on the underside that you’ll find a button for Stereo Pairing and a reset pinhole.

The three little circles in the indicate battery status, while the bars at the bottom are there to help decipher the speaker’s EQ mode. 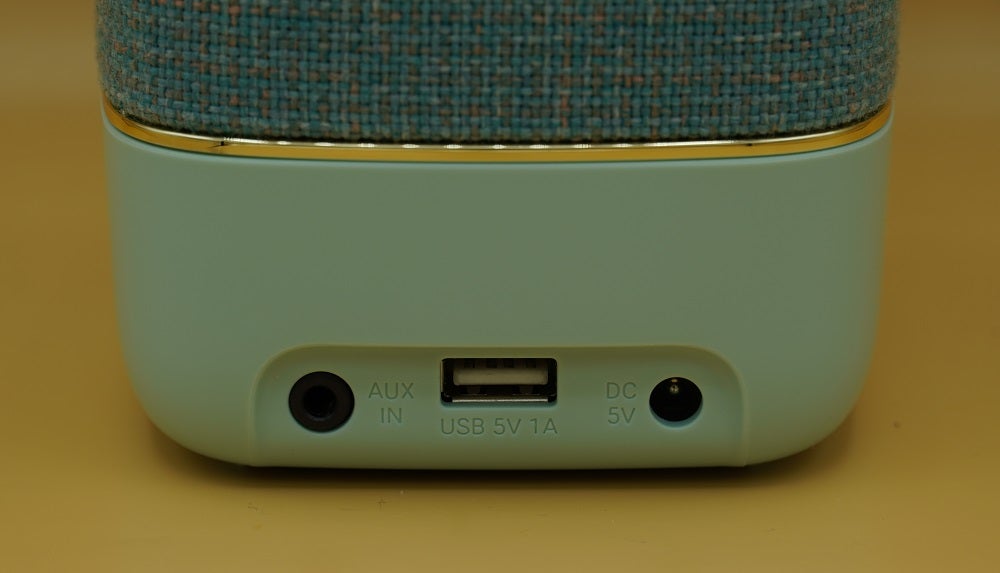 The Beacon 330 offers five EQ modes to choose from: Normal, Classic, Bass Boost, Outdoors and Speech. Press the power button – not too hard or long, or else you’ll turn the speaker off – and press either the volume “+” or “–” buttons once for Classic, twice for Bass Boost and four times for Outdoor mode. The small LED light beneath the Equalizer bar will flash a set number of times to indicate the mode the speaker is in. 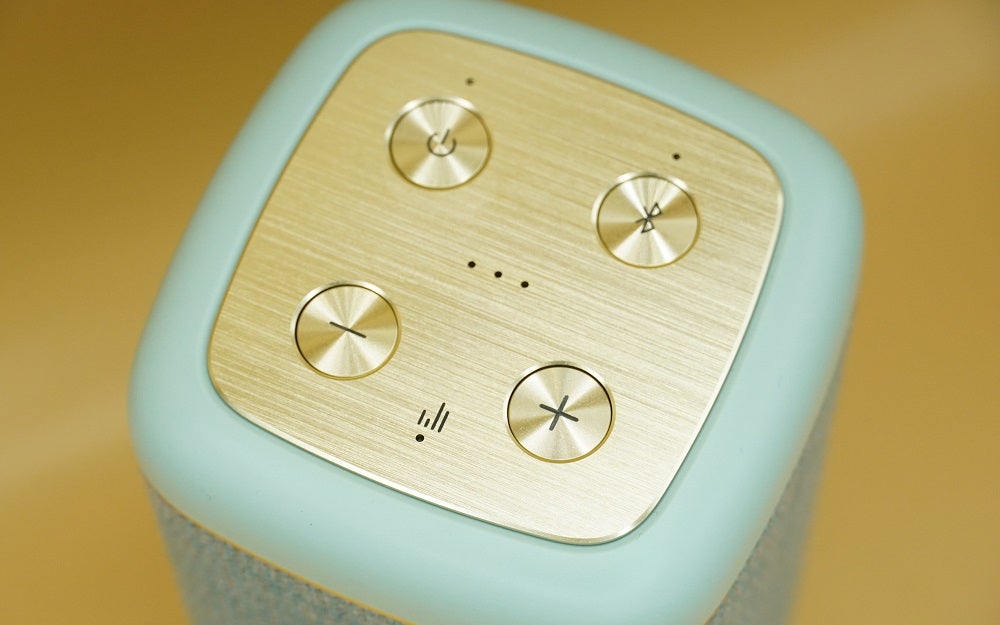 You’ll get used to it, but it is an odd interface. Trying to remember the mode the speaker is in, or having to go through the process of pressing the buttons again feels like a chore. Having a long press of the power button to put it into Bluetooth mode, and changing the Bluetooth button to EQ would seem like a simpler solution.

Battery life is 15 hours – presumably each circle on the top plate counts for five hours – and recharging the battery to full takes three hours. The Bluetooth classification isn’t revealed in the specs, but we’re assuming its Bluetooth 5.0. 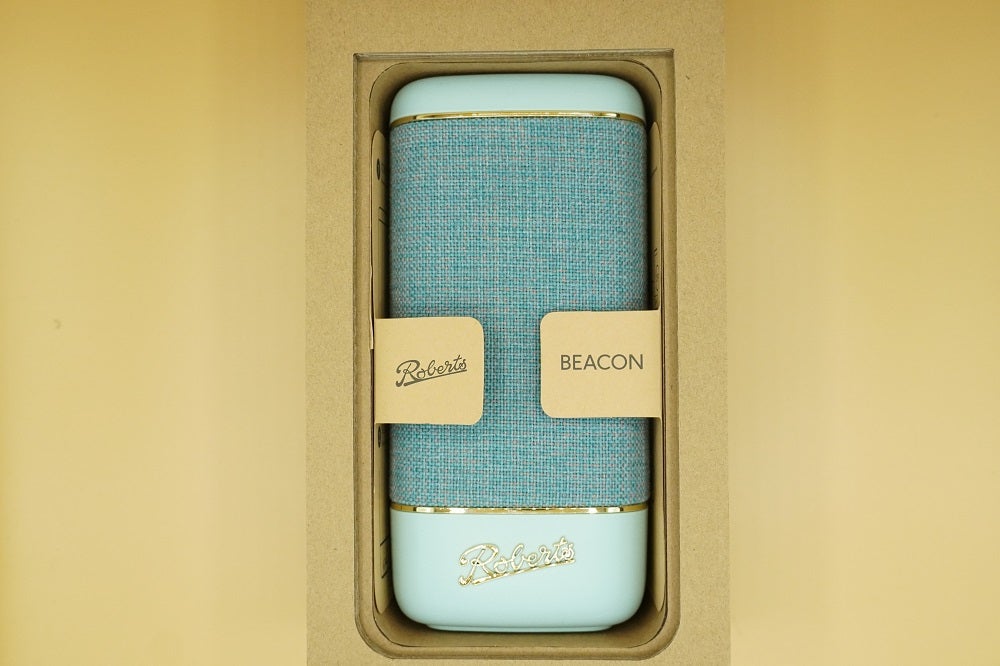 Two Beacon 330s can be connected for a stereo pair (exclusive to the 330), which would incur an outlay of £400. However, at the time of review, Roberts is running a deal where two speakers in the Red Berry colour option cost £349. There are no smarts to speak of, with the emphasis firmly on audio playback.

The Beacon 330 pumps out a decent sound through its 45mm neodymium driver unit, but over the course of listening to it, it’s clear there’s something… missing.

Streaming This Is America (New Masters’ version) from Tidal, the speaker sounds coherent, showing a good sense of what’s most important in the track. Despite the narrow width of the speaker and the resulting compact soundstage, it doesn’t sound too cluttered, offering good detail and clarity.

However, the track does reveal what the Beacon 330 lacks: bass. The speaker’s dual passive bass radiators’ description of bass is neither punchy, big, nor does it offer much extension. It sounds restrained, lacking the oomph you’d expect from a speaker that costs £200.

It gives a better impression of itself with its mid-range and treble performance. The mid-range offers decent amounts of detail and nice form with vocals – Jill Scott’s voice in He Loves Me [Lyzel in E Flat] is given space and clarity, and the same can be said for Sting’s Shape of My Heart and the Stereophonics’ Maybe Tomorrow. Treble is clear, defined and likable, neither bright nor harsh in how it’s described. It’s with slower-paced and relaxed tunes where the Beacon 330 finds its groove.

With faster tracks it lacks that shift in gears, and dynamically it’s rather flat, with the difference between quiet and loud not as pronounced as you’d like. It’s not the biggest-sounding speaker either, and while at higher volumes it keeps its composure, the spread of its sound isn’t particularly wide or projected into the room with much force. It’s not the most inviting of performances. 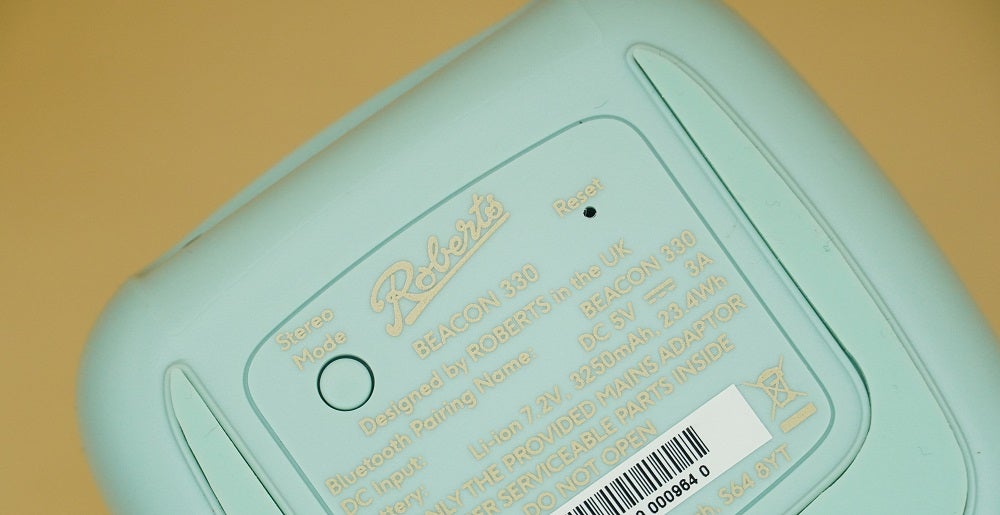 Of all the sound profiles available, Normal and Classic are your best bets, with Classic adding a little more size and pushing out vocals more. Outdoor makes it sound bigger but also a little less defined, while Bass Boost makes the shallow bass slightly tighter but the vocals sound reined-in. They all sound fine, but neither mode grabs your attention.

And that, in a nutshell, is what the Roberts Beacon 330 lacks – excitement. Its delivery is respectable rather than thrilling, staid instead of energetic. Tonally it sounds similar across many genres, and while playing the right song it can sound pleasant, it lacks warmth and richness. It’s a shame – as while the 330 has style to spare, its audio is less lustrous than the Beacon’s name implies. 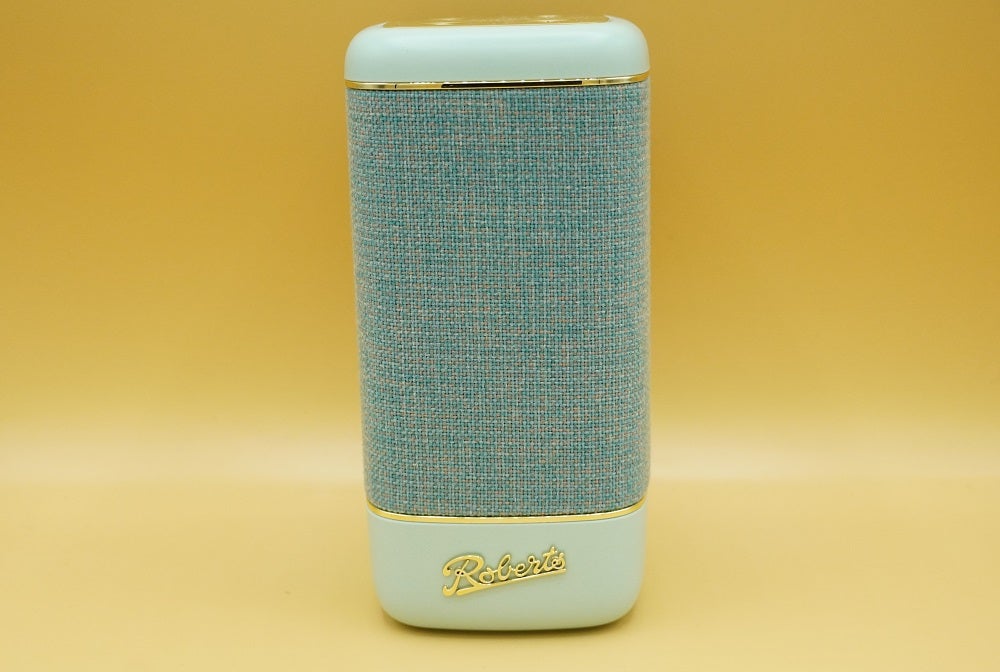 You should buy the Roberts Beacon 330 if…

The Beacon 330 is a respectable sounding portable speaker with great looks. How much that appeals depends on whether you value style as much as – if not more so – than the audio.

You shouldn’t buy the Roberts Beacon 330 if…

The lack of smarts, especially in light of the price, may put off those looking for a more feature complete option, but the battery life is long and the option of being able to charge another device is convenient.

The sound of the Beacon 330 just leaves us rather lukewarm. Another option around the same price is Bang & Olufsen’s Beosound A1 2nd Gen. It looks terrific, sounds excellent and boasts smarts through Alexa integration. It’s more portable than the Beacon 330 with its water- and dust-proofing. Of the two, the B&O is the more attractive option.