What is the Riva Festival?

The Riva Festival is a large £450 wireless multiroom speaker. It’s in the same price bracket as the Sonos Play:5 – and is from a name most people won’t have heard before. Confident.

However, thee Riva Festival justifies its price through its even more realistic-sounding vocals than the Sonos, alongside a far more open approach to audio streaming.

You won’t be able to place the speaker just anywhere for it to perform to its best, though. The Riva Festival needs space – plenty of it. 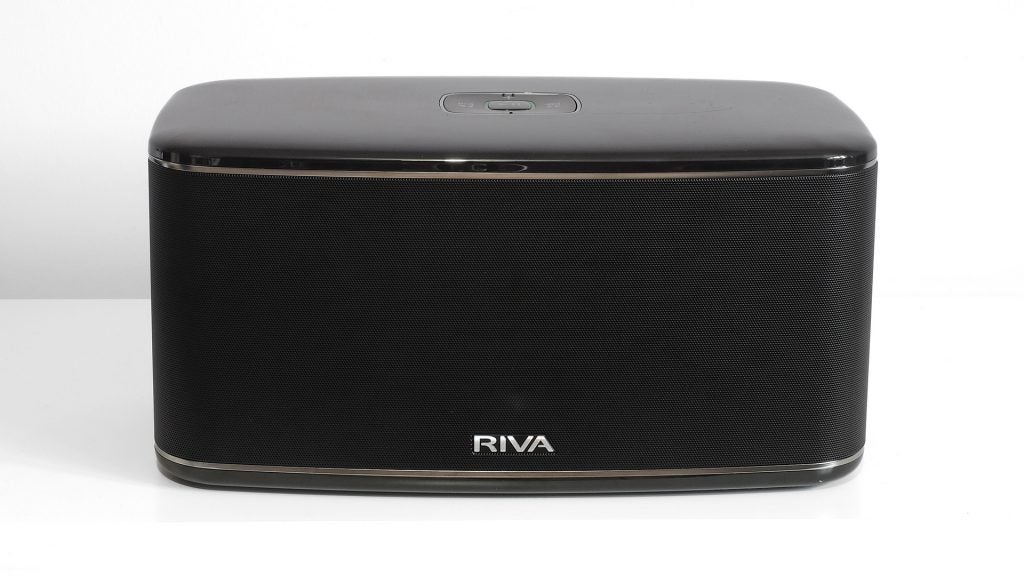 The Riva Festival is big brother to the Riva Arena, and looks very much like a larger version of that speaker. It’s similar in size to the Sonos Play:5.

In a practical sense it’s very different to the latter, however. The Sonos Play:5’s speaker drivers are on the front; the Riva Festival has drivers on the front and sides, and the passive radiators output sound through the back. As such, this isn’t a speaker to wedge onto a bookshelf – not if you want it to sound its best. 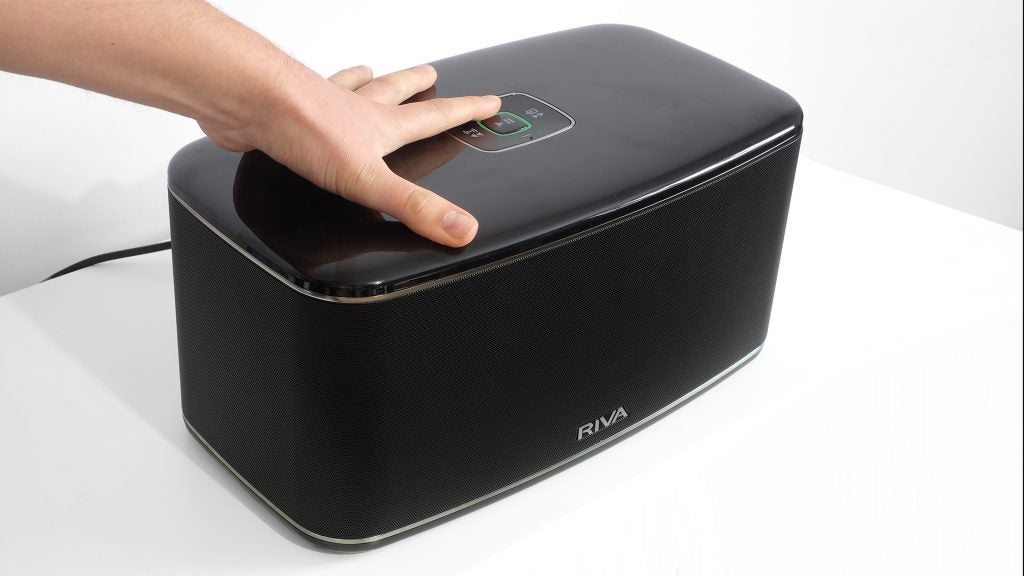 The curved top and bottom caps of the Riva Festival are plastic, and the rest of the exterior is a metal grille. Inside, however, the Riva Festival sports a solid frame of wood. It’s dense and non-resonant – which is the reason just about all high-quality speakers use wood. Sonos’ Play:5 is an almost all-plastic construction. 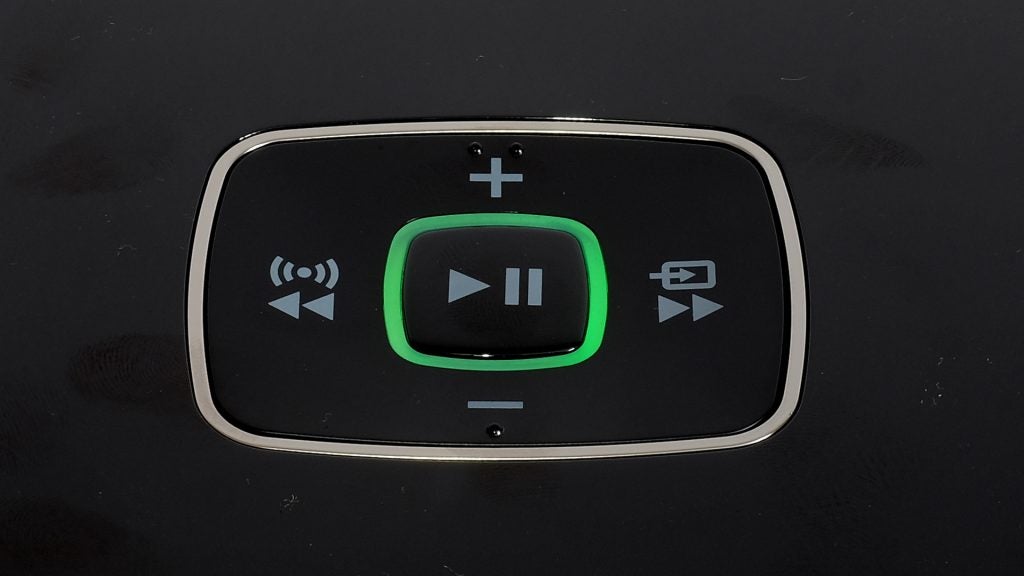 From a design perspective, the Riva Festival isn’t quite as slick as the Sonos on the outside. It uses a block of buttons on the top plate, similar to those that feature on the Riva Arena. They don’t have the tech ‘wow’ factor, nor do they look as good as the Play:5’s touch panels.

Clearly, Sonos’ generous R&D budget and 15-year experience in making speakers is apparent next to the Festival. But the latter’s wood frame is a big plus for audio fans.

The Riva Festival is extremely flexible and, for the sort of use I’m after, has an almost-perfect approach. This is down to three key elements.

First, you can plug-in non-wireless sources. There are 3.5mm aux and optical inputs on the back plate for connection to, perhaps, a vinyl deck and a TV. The USB can be used to charge your phone

Second, you’re not tied to any third-party software. There’s a Riva Wand app, but you only really need to use this to change the EQ setting. And you’ll probably only do this to set up a stereo pair of Festival speakers.

Spotify owners can use it as a Spotify Connect device too, just like the Sonos Play:5. Most of the best streaming apps support Cast, including Tidal, 7Digital, Deezer, Google Play Music and Qobuz. The one big omission is Amazon Music, largely because Amazon wants you to buy a Fire Stick.

Even Amazon Music doesn’t escape the Riva Festival, though. This speaker has Bluetooth, letting it stream all audio from a phone or tablet, including game sound. A long-press on one of the buttons up top switches between modes. 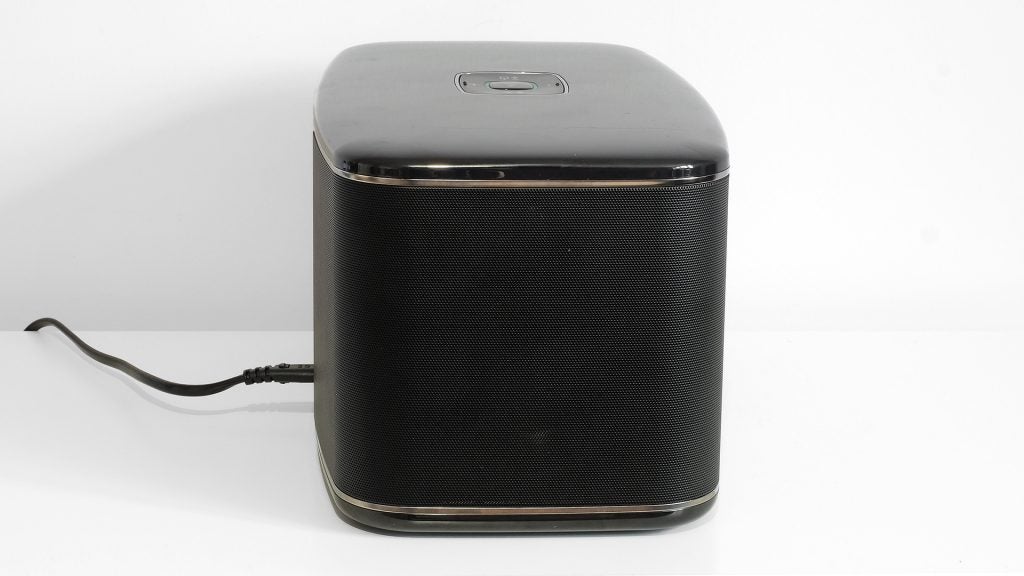 Google Home has such wide support already that most folk won’t need to use Bluetooth much. Podcast apps such as Podcast Addict and Pocket Casts support Cast, for example.

There’s no longer a good reason to buy a speaker with a proprietary streaming system. Unless it’s Sonos’, of course. Setup is painless too, performed largely through Google Home rather than the Riva Wand app.

The Riva Festival has a number of drivers peppered around its frame. There are six active drivers and four passive radiators – which makes for 10 in total.

Riva has created a diagram showing how they all fit in. The Festival is a little like three little bookshelf speakers stuck together, with some passive radiator subwoofers jammed in-between. 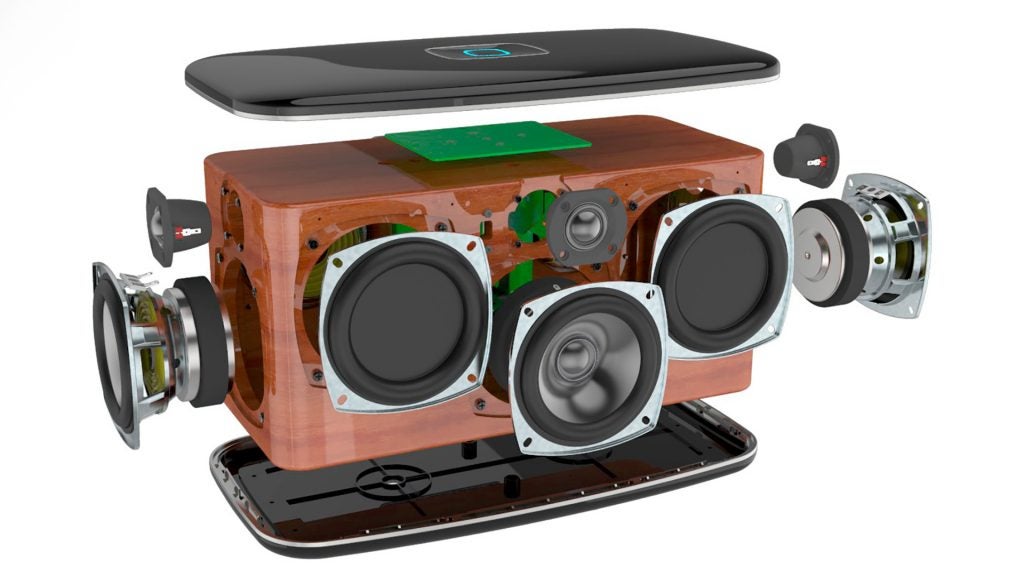 Results are excellent. The Riva Festival sounds epic, with scale of sound comparable to a floorstanding speaker at higher volumes. You probably won’t be able to use top volume unless you live in a house in the country, mind. Like the best large wireless speakers, it’s extremely loud and sounds composed and effortless well into antisocial territory.

Treble is sweet and detailed. But the mid-range is, to my ears, the most impressive part of the Riva Festival. Just like the much smaller Bluetooth-only Riva S, the Festival has an unusually detailed and rich-sounding mid-range. This is what makes vocals sound lifelike and full.

Many wireless speakers focus on the bass and treble, because it’s the easiest way to make sound appear detailed and powerful at the same time. Getting the mids right takes a whole extra PhD’s worth of dedication. And Riva has once again put in the work. 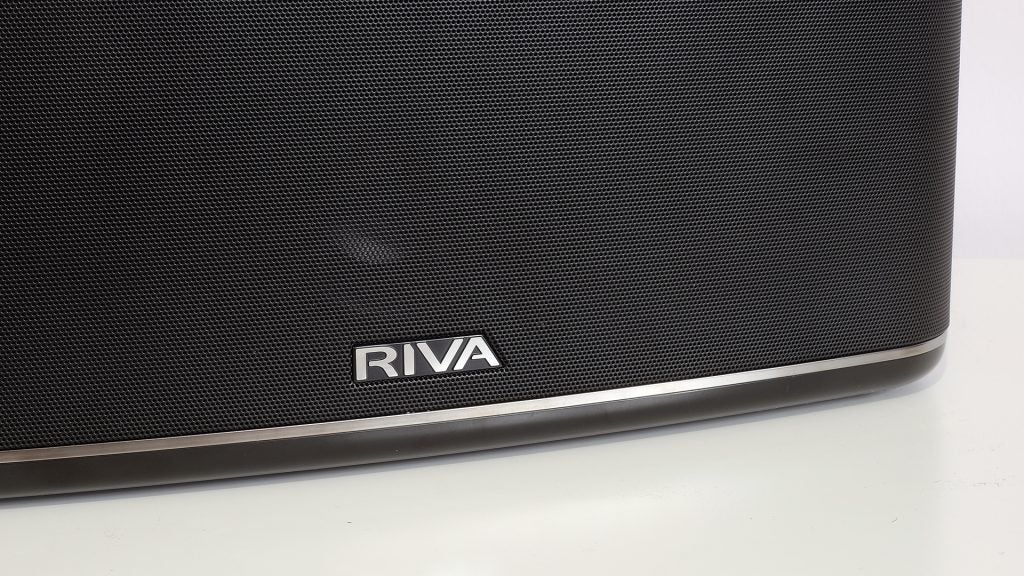 Bass, too, is monstrous – and for the first few hours of listening, it made me think Riva had overdone the low-end and ruined this speaker. Feeding the Riva Festival a rising sine wave, there’s a deliberate dollop of extra bass around 45Hz. This is real sub-bass, of the type that smaller speakers struggle to recreate at all. There’s plenty of it here. 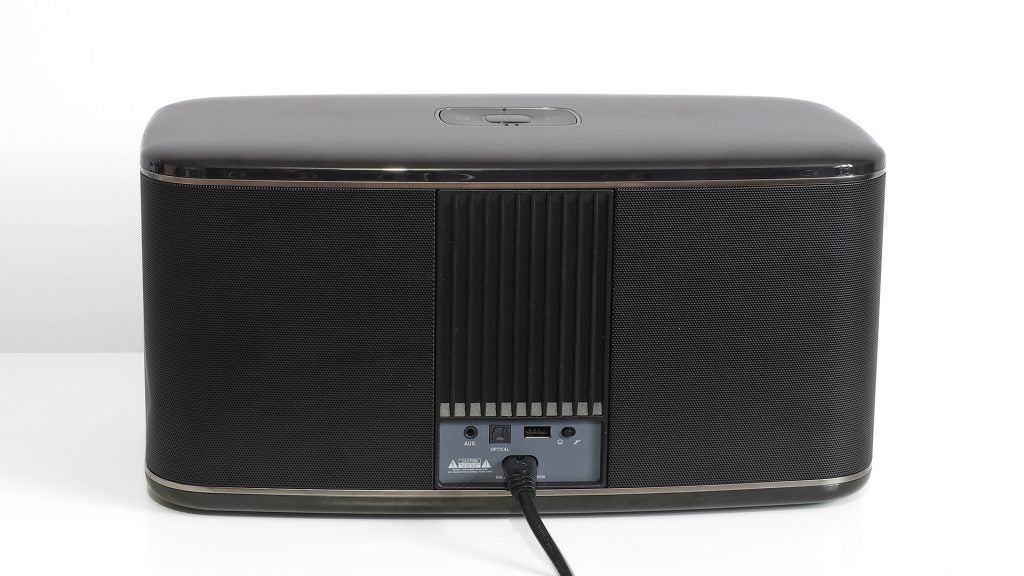 I think the aim of the sound delivered is to make you listen to the Festival and wonder where the subwoofer is hidden. It’s thrilling stuff – but it ultimately means that you can’t place the speaker anywhere near a wall. To start, I had it sat on a piece of Ikea storage furniture.

In such a location, the bass sounded overblown and uncontrolled, because the passive radiators output low-end from the front and back. Sitting the Festival on a stand away from the walls improved the sound quality significantly. The bass appeared super-powerful, yet properly separated – not the steamroller it was 10 minutes before.

It seems a shame there’s no EQ mode to tame the bass for those who can’t position the Festival optimally. There’s just a Power mode that gets rid of the default “Trillium” sound smoothing and optimisation, to help the speaker project better outdoors.

The Riva Festival isn’t the best choice for those who need to cram a speaker into a small space, or those who live in a flat with thin walls or picky neighbours.

Again, I’m left wishing there was a mode to tame the bass. At higher volumes I was as concerned about neighbours complaining as I am when using my home-cinema speakers with subwoofer switched on. As usual, Riva is uncompromising, for good and bad.

Given the right placement, the Riva Festival can sound better than the Sonos Play:5. Feed it some Randy Newman, Jarvis Cocker’s Room 29 or a Leonard Cohen track, for example, and the Festival makes the deep, textured vocal lines sound weightier, richer and more detailed than the Play:5. 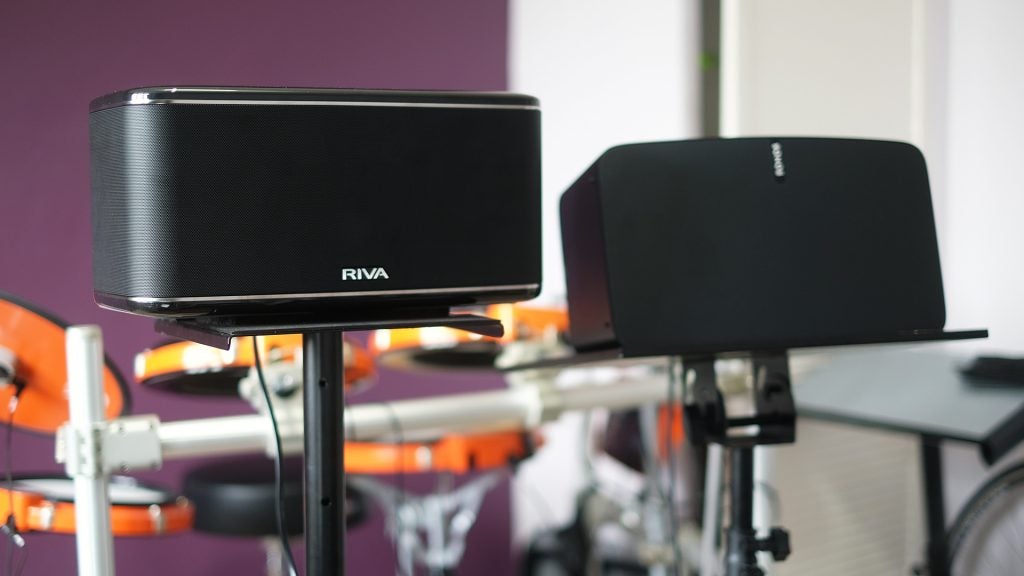 I was also surprised to find that the speaker displays a significantly more powerful low bass than the Play:5. I was already impressed by the Play:5’s bass, so to hear even more of a thump in the lowest frequencies proved a jaw-dropper.

Backed into a corner or crevice the Play:5 sounds cleaner, because all its sound comes from the front. Room-related resonance is also more of a potential issue with the Riva Festival than with just about any wireless speaker.

Riva strikes back with better performance at low volumes. The Festival holds onto its low-end and dynamics more successfully when playing at lower volume. If you’re looking for a speaker to whisper all the time, though, you might as well buy a Riva Arena or Sonos Play:1 instead. 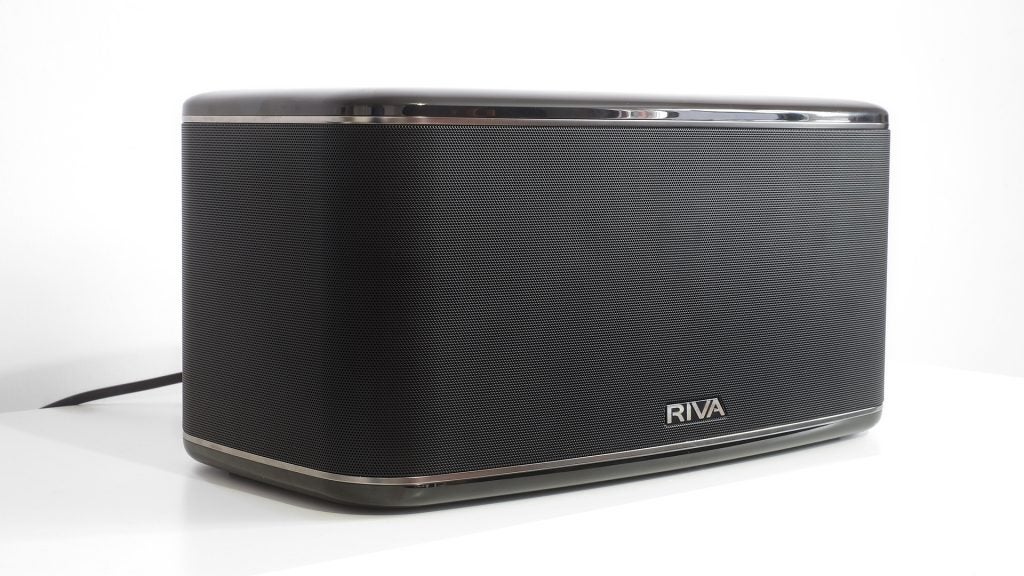 Should I buy the Riva Festival?

Once again Riva gives us an compromising vision of what a wireless speaker should be. That includes amazing sound quality, brilliant connectivity and Thor-grade bass.

The issue is that the uncompromising style extends to how it fits (or doesn’t) into your life. Put it too close to a wall and the Festival’s bass begins to sound flabby. And even if you have the space, the thunderous sub-bass at higher volumes will prove discourteous for those living in flats.

If you can embrace its sheer power, the Riva Festival is an amazing wireless speaker – one with the kind of stature I normally associate with 8-inch-plus speaker drivers.

One of the best wireless speakers money can buy – if you have the house for it.