The Concert looks good and sounds great, but it lacks the polish to compete with a Sonos

What is the Riva Concert?

Riva’s mains-powered Concert joins a long list of wireless speakers whose aim is more than to just play you music. 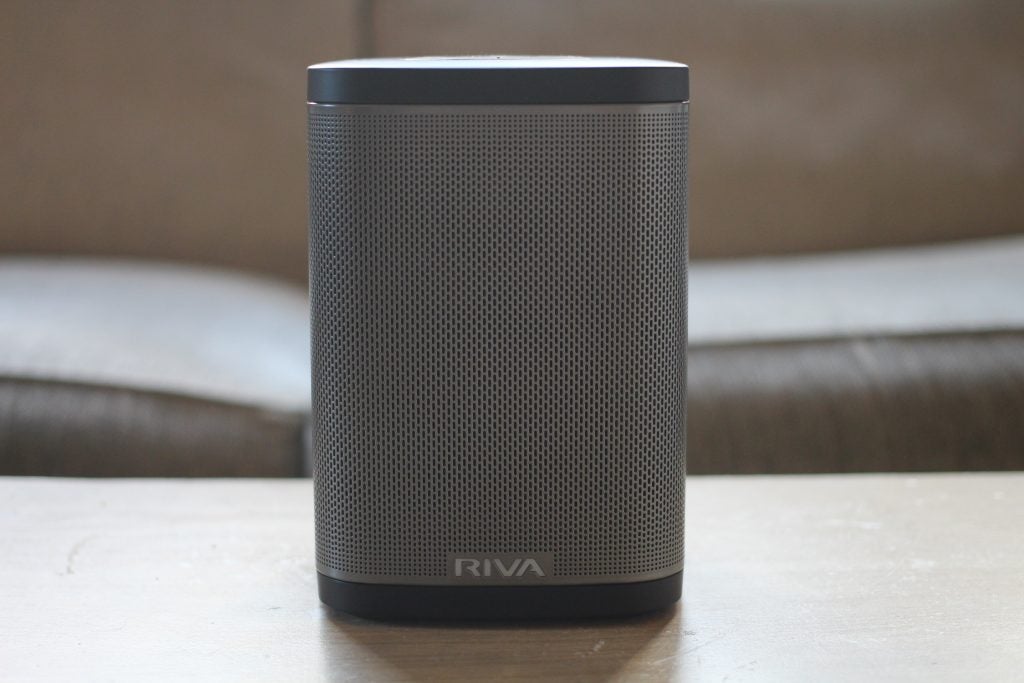 With Alexa onboard you can play music through the Concert using just your voice, and you also get access to the rest of the AI assistant’s abilities, such as smart home control, weather forecasts and those all-important kitchen timers.

The Concert works with Spotify Connect, AirPlay and Bluetooth, making it pretty versatile, plus it’s splash-resistant and you can buy a 15-hour battery add-on that makes it portable. At a penny under £200 it’s a pretty tempting proposition, although it’s hard to shake the feeling that we’ve seen it somewhere before…

If imitation is the sincerest form of flattery then you have to assume Riva is a super-big fan of Sonos. With its silver grille, rounded edges, and black top and base, the Concert looks so similar to Sonos’ Play: 1, the two units could have been separated at birth. There’s a screw thread on the Riva’s rear for wall mounting, and it even comes packed in a similar white cloth bag.

What sets the Riva apart is a more complex button layout on top, the extra inputs and, of course, the logo on its front. While the Play: 1 does have an Ethernet port, which the Concert lacks, Riva’s speaker has an auxiliary socket and a USB port for playing locally stored music. Not deal breakers, but useful nonetheless. 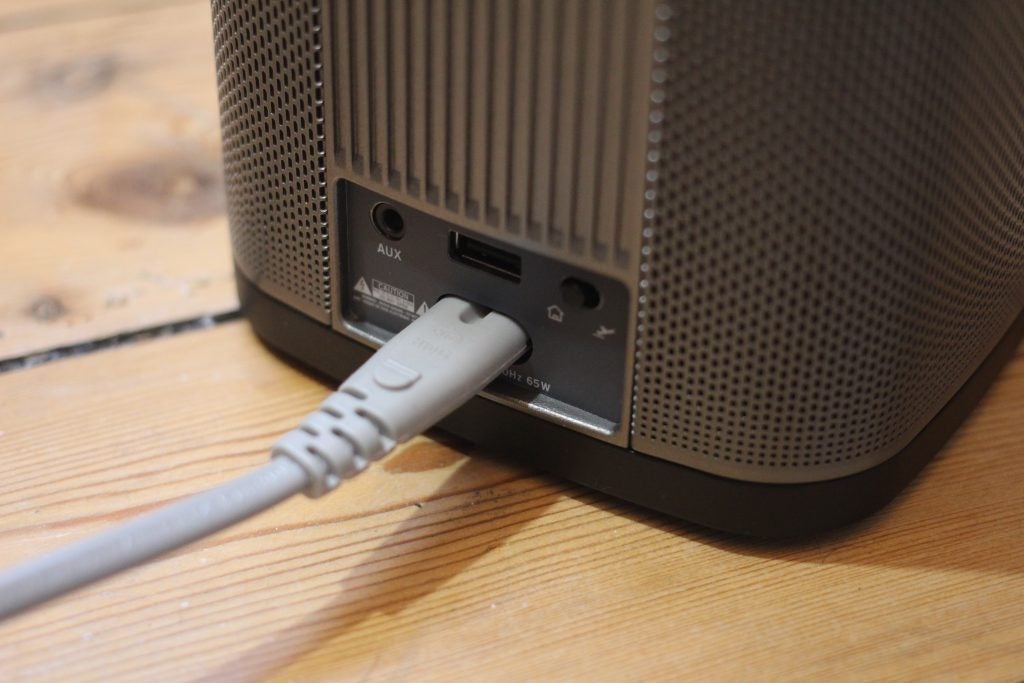 The other thing it has over the Play: 1 is built-in Alexa support. As a result, a trio of microphone holes on the Concert’s top surface surround the rubber ring of buttons. There are two buttons to adjust the volume, two to skip tracks and one in the middle to mute the speaker. Do the latter and the Riva logo on the front of the speaker will glow red to denote that it isn’t listening.

With Alexa onboard, much of the Concert’s functionality can be initiated via voice control, so the fact that the buttons feel a little spongy and old-fashioned compared to the touch-sensitive ones you get on a lot of speakers these days shouldn’t matter too much. Although it’s often quicker to use the buttons to adjust the volume than to get Alexa to do it for you.

Note that there’s no physical pause button. If you need to stop the music briefly in order to talk to someone or answer the phone, it will still usually be quicker to press a button than to summon Alexa to do it for you. It’s not a deal-breaker, but it can be annoying. 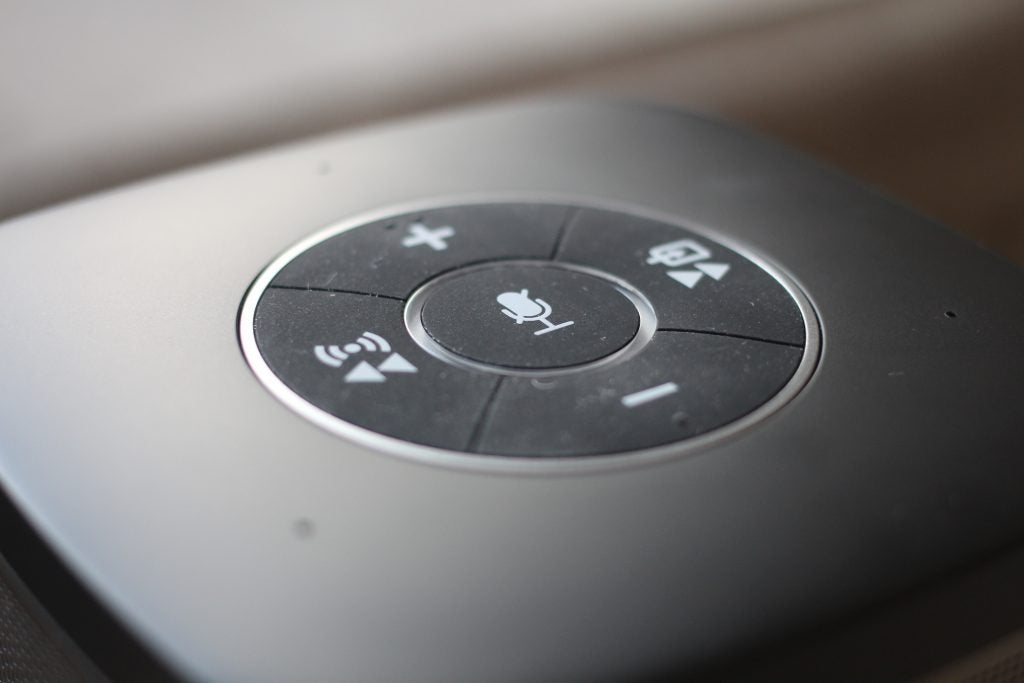 The inclusion of Alexa also means the Concert can do pretty much anything a standard Echo unit can, from checking the weather to controlling your connected smart home kit – although for some reason it doesn’t support reminders. If you’re playing music then you’ll need to raise your voice a little for it to hear you, but it’s generally quick to respond.

More often than not you’ll have to ask Alexa to resume playback afterwards, though, which isn’t the case with a standard Echo. Again, this isn’t the biggest issue, but it can prove frustrating if you’re not used to it.

If you think the buttons look a bit old-school, prepare yourself for the app. It’s called Riva Voice and is used to fully control both of Riva’s Alexa-infused speakers. Available for both iOS and Android, you have to be careful not to confuse it with the more generic Riva Audio app, or you won’t be able to set up your Concert. 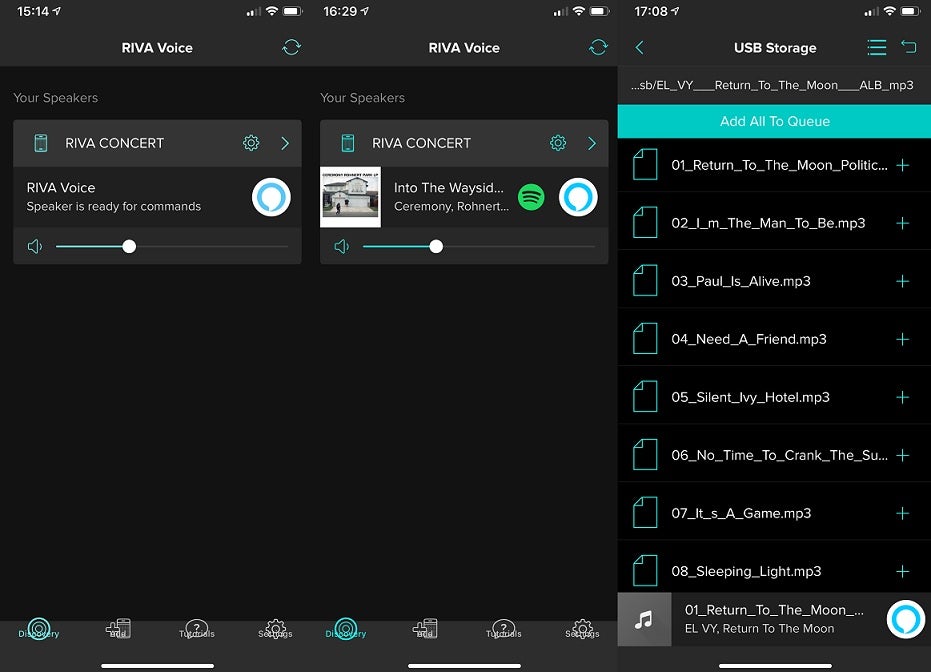 The best way to describe the Voice app is “mostly functional”. It isn’t going to win any awards for design and in use it can be pretty buggy, but it allows you to play songs stored on your phone’s memory, via network-attached storage, or from a USB stick plugged into the back of the Concert itself. It can also be used to speak to Alexa if you’re out of range, although this isn’t something I found to be particularly useful.

When playing songs stored on the phone it would frequently stop playing, or randomly skip back to the start. Playing from either the USB stick or a server involves delving into an ugly world of files and folders that feels distinctly out of step with new-fashioned streaming services. If you want to use Spotify with the Concert, you’ll be better off sticking to using the Spotify app.

Chances are, however, anyone buying a speaker such as this will be using it in conjunction with a streaming service, so if you have locally stored songs you’d still like to play, you can use either Bluetooth or AirPlay to connect. Or, you can pick up one of those very similar-looking speakers mentioned at the top of the review instead.

There’s no denying the Riva Concert puts on an impressive performance. Ask it to play something from Spotify and it responds quickly, putting its three drivers and three passive radiators to good use without a hitch. 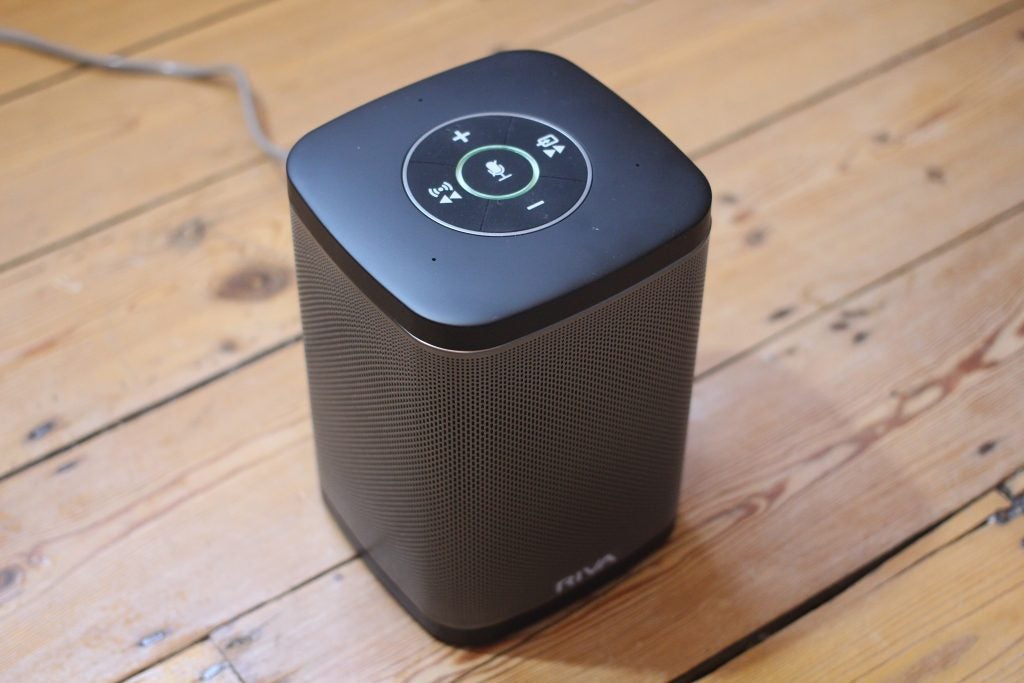 There’s a 50-watt amplifier providing the power, so the Concert doesn’t lack for volume – although it doesn’t fill a room as well as you might hope. If you’re using it in a bedroom or study, or to provide background music for a dinner party, that shouldn’t be a problem. If you’re expecting it to soundtrack anything bigger and more raucous then you might find Concert struggles a bit.

Clarity is good too, with plenty of detail and natural-sounding vocals. For a relatively unknown brand, it’s really quite impressive and a clear upgrade on the sound quality offered by any of Amazon’s own-brand Alexa products. Although it does cost £110 more than a standard Echo, so that should come as no surprise.

It perhaps isn’t the most exciting-sounding speaker around, which can happen when bass isn’t given any kind of special treatment, but as an all-rounder for smaller rooms the Concert is difficult to fault.

Why buy the Riva Concert?

There are a lot of good reasons to recommend the Riva Concert, but there’s also a pretty good one not to: it costs exactly the same as a Sonos One but isn’t as good.

Sonos’s app is that bit more enjoyable to use; the swish new Mac to Riva’s old PC. The same is true of the One’s touch-sensitive buttons, which are more elegant and responsive than the Concert’s slightly budget rubber units. The Sonos is just a better-designed bit of kit.

That’s not to say the Concert is a substandard product. You can listen to music from a variety of sources, it sounds great, and Alexa control is pretty well integrated. It’s just that a recommendation would be easier if it was cheaper.

The Concert looks good and sounds great, but it lacks the polish to compete with a Sonos.