What is the Riva Arena?

The Riva Arena is the first multiroom wireless speaker from the maker of one of the best Bluetooth speakers on the market right now, the Riva S.

Rather than taking the route of the Jam Audio Rhythm, trying to undercut the market leader Sonos Play: 1, Riva has come up with a slightly pricier alternative that’s more flexible and has a purist’s sonic standards.

You can stream just about anything to this speaker. And from close quarters it easily beats the Sonos Play:1 for audio fidelity. However, this same dedication to audio standards means it struggles to project into large rooms as well as its Sonos rival. 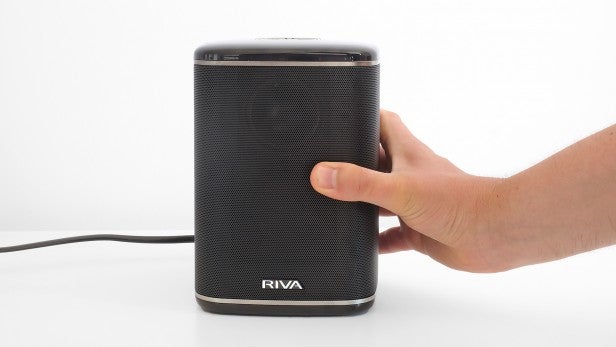 The Riva Arena is a relatively petite tower speaker, just slightly larger and taller than the Sonos, but the similarity is unmistakable.

On the inside, however,both speakers are quite different. Where the Play:1 is like a tiny bookshelf speaker, with a long-throw main driver and tweeter, the Riva Arena has drivers on three of its sides. Like the Riva S before it, the Arena has a lot of speaker units packed in. 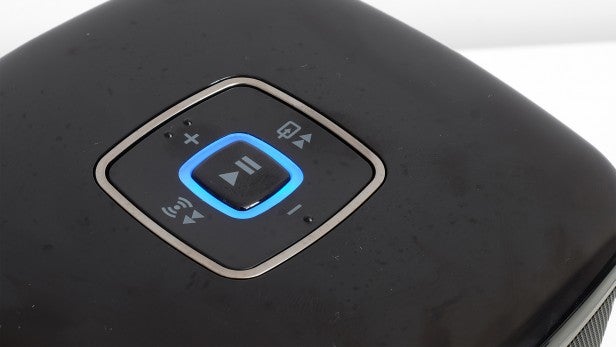 Like other Riva speakers, it looks pretty good, too – although it doesn’t quite have the style of, say, a B&O model. The main offender is the button panel on the top, which looks a little cheap. Of course, the majority won’t need to pay much attention to it as it will more than likely be placed on a table or bookcase and controlled via a phone.

On the outside, the shiny top and bottom parts of the speaker are plastic, but Riva says there’s a wooden enclosure on the inside, providing the strength that isn’t usual in a light plastic speaker. 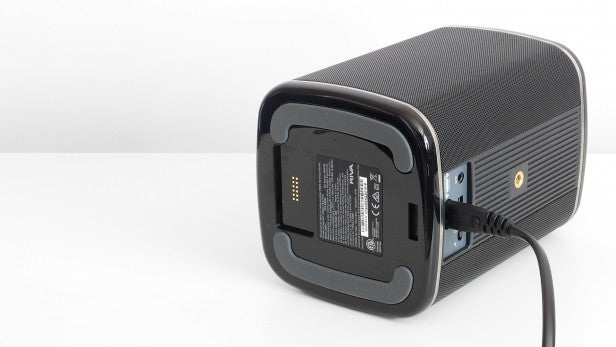 The Riva Arena isn’t a rugged speaker, but it does have a cover at the bottom for the port, which makes it somewhat splashproof.

Why is there a port on the bottom when the power socket is on the back? This is a home speaker with an optional battery that lets you take it wherever you like – something that isn’t possible with the Sonos Play:1 – and it hooks up with the contacts on the bottom. This is a disappointingly pricey extra at £89.99, but does get you up to 20 hours’ playback. It lasted around 14 hours when I played the Arena at a reasonably high volume. 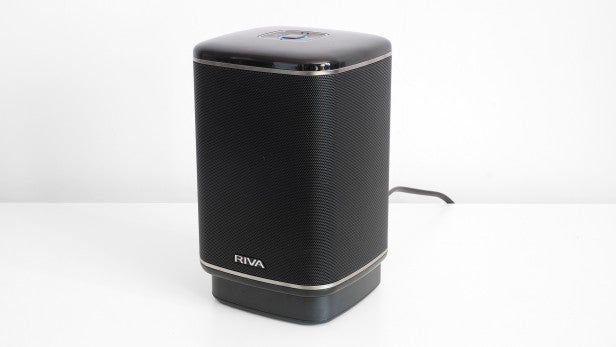 While not as convenient as models such as the Riva S or UE Wonderboom, the Riva Arena is a proper portable speaker thanks to a wealth of source options.

The main one, Wi-Fi streaming, lets you stream using the Google Home platform. This lets you ‘cast’ audio to the speaker from all kinds of sources. Spotify Connect is supported too.

A switch on the back also lets you use Wi-Fi direct to stream without the need for a Wi-Fi router or hotspot. This alone provides good flexibility, but there’s also a 3.5mm aux input on the back for wired sources, and Bluetooth offers the simplest way to connect when out and about, or to a friend’s phone. 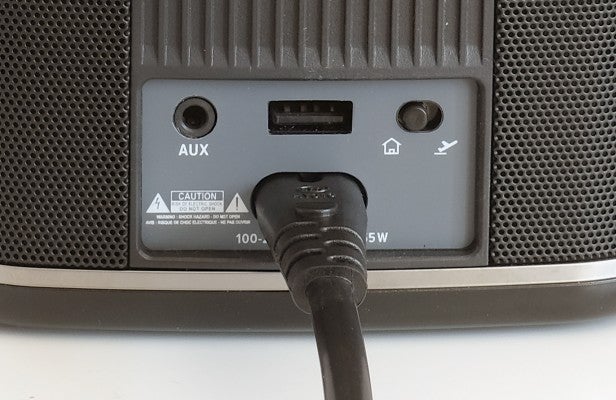 Just about every eventuality is covered. Riva also plans to make smart speaker versions of the Arena later in the year for both Google Home and Amazon Alexa. This involves adding a microphone to enable you to talk directly to the speaker, treating it like a digital assistant.

There’s no mic in this version of the Arena, however, so the feature won’t be added in a firmware update. This also means you can’t take calls with the device.

Setting up the Riva Arena is very easy, with none of the issues I encountered re-setting up the Sonos Play:1 for comparison purposes. You don’t need to use it after initial setup, but there’s a dedicated Riva Wand app that lets you customise a few extra settings, including making an Arena play the left or right side of the stereo feed, if you want to make a stereo pair.

All the Riva Arena’s multiroom abilities are courtesy of Google Home. This lets you control a bunch of speakers from the Home app, and you can link them up into groups for more room-filling sound. I’d much rather use this than an underdeveloped third-party system. 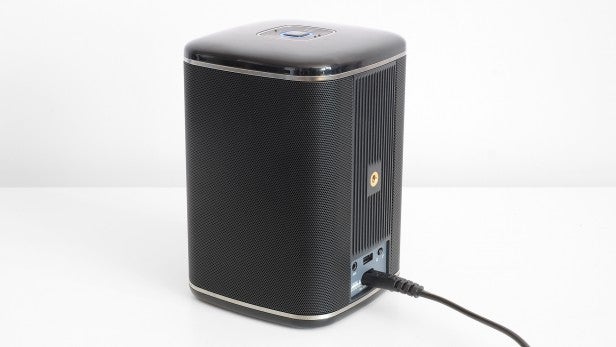 The Riva Arena sound is excellent, but whether you’ll prefer it to the Sonos Play:1 really depends on the situation. I find it works best used in the way of a near-field studio monitor, placed not too far away from you rather than across a huge lounge.

In this position, the Arena clearly displays much better tonal fidelity than the Play:1. The mid-range frequencies that make up a lot of the bulk and texture in a lower-register male vocal actually come from those frequencies, rather than being propped by lower tonal scaffolding. Just like the Riva S, the Arena is in a different class to many of its peers.

Talking to Riva, the plan was to approach audio without psychoacoustic ‘cheats’, which are common, almost essential, in small wireless speakers.  The result is truly remarkable accuracy and seriously grown-up sound that just isn’t what I expect from this kind of speaker. 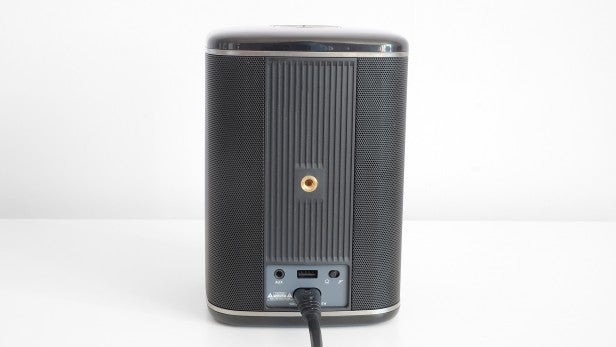 You get this same obsessive tonal approach in the bass, too. Smaller wireless speakers often have slightly ‘one note’ bass, as they try to pull the most impressive result from their little drivers. The Riva Arena’s bass really isn’t of that kind.

For example, listen to Stevie Wonder’s ‘Signed, Sealed, Delivered’ carefully and you’ll hear that its kick drum actually has a lot of higher-frequency information to it. Where the Sonos Play:1 makes this kick sound powerful, the Riva Arena retains much more of this particular character, digging a bit deeper into the timbre of the recording.

This kind of uncompromising approach is ambitious for a speaker with 66mm active drivers. There’s one on the front, left and right sides, and each is paired with a passive radiator. 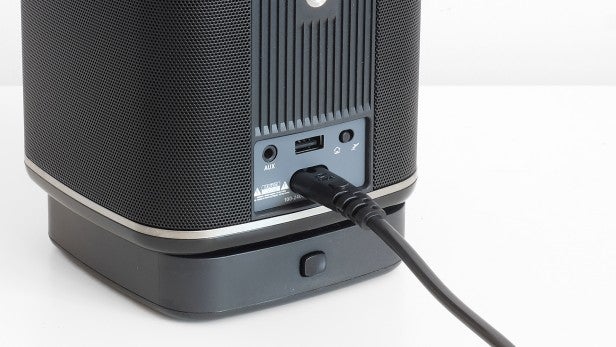 Riva’s refusal to stray too far from traditional audio approaches means the Arena struggles to project and fill rooms as comfortably as the Play:1, however. And by that I mean “at high volume”. The tri-sided style kills any idea of a ‘sweet spot’, and dispersal is ultra-wide.

However, when pushed the Riva Arena doesn’t have the scale of sound of the Play:1. Busy arrangements start sounding a little confused and the treble loses its edge. You hear the lack of a dedicated tweeter. The Arena seems held back a little by its purist approach, and to get a speaker that feels comfortable filling large rooms, you’ll need to upgrade to the £500 Riva Festival.

Sonos’s small speaker sounds much more comfortable at volumes you’d never guess it could handle given its size, where the Riva Arena isn’t quite as happy being pushed.

So, how loud are you going to play the Riva Arena? If you want a speaker for the kitchen, bedroom or study, for relaxed listening, you can’t do better. If party-like levels are more your volume, you may appreciate the energy and projection of the cheaper Sonos: Play 1 more. 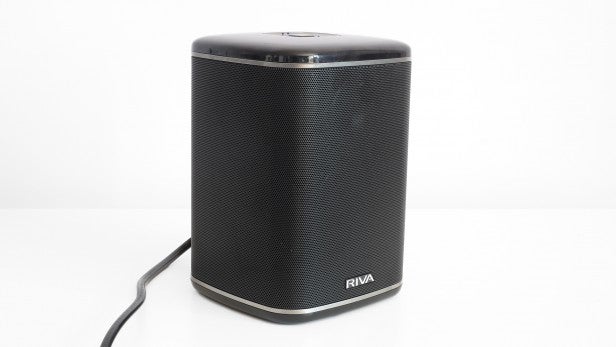 Should I buy the Riva Arena?

The Riva Arena continues the almost obsessive driver manipulation and tuning we saw in the Riva S Bluetooth speaker. Results are similar, too.

At low and moderate volumes, the Riva Arena is among the very best-sounding speakers of this size. Its tonal faithfulness is truly unusual, making vocals – in particular – sound more realistic than rivals.

It doesn’t quite do as well at high volumes, though. The Arena starts to sound uncomfortable when cranked, and doesn’t project into a large room as well as the Sonos Play:1 and its long-throw woofer.

A flexible and great-sounding wireless speaker, although it starts to feel the heat at high volumes.