In the thin air of the highest summit of the digital compact camera market you’ll find a small and frostbitten handful of very expensive cameras to which the clichéd photography journalist’s ultimate accolade can be applied; the Real Photographer’s Camera. We’ve reviewed or reported on most of them, models like the fantastic Panasonic LX3, the stalwart Canon G10 and its newly announced replacement the G11, Canon’s other newcomer the S90, the Nikon P6000 and the technically impressive if somewhat flawed Sigma DP2. Often overlooked among such exclusive company is one of the best “photographer’s cameras” of the lot, the superb Ricoh GR Digital II. Today I’m taking a look at the successor to this camera, unexpectedly named the GR Digital III. 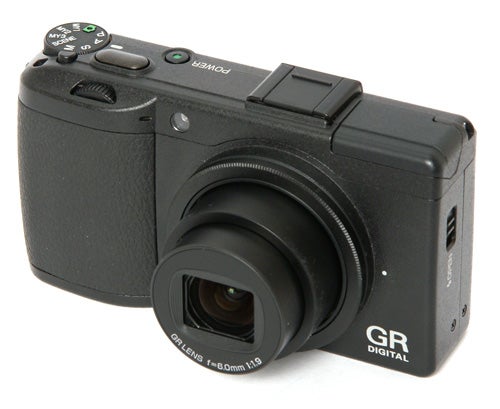 When Ricoh launched the original GR Digital in 2005 it was a bold and ambitious concept: a pocket-sized compact camera aimed at enthusiast photographers, offering SLR-like manual exposure controls, a large sensor, a fast hybrid AF system and a very high quality non-zoom wide-angle lens, in that case an f/2.4 equivalent to 28mm. Like an SLR it had a range of optional accessories, including a clip-on optical viewfinder and a 0.75x extension lens. At the time it was unlike anything else on the market, and didn’t have much competition apart from Canon’s aging flagship the PowerShot G6 and the ugly but awesome Olympus C-7070, both of which were big heavy cameras and far from pocket-sized. 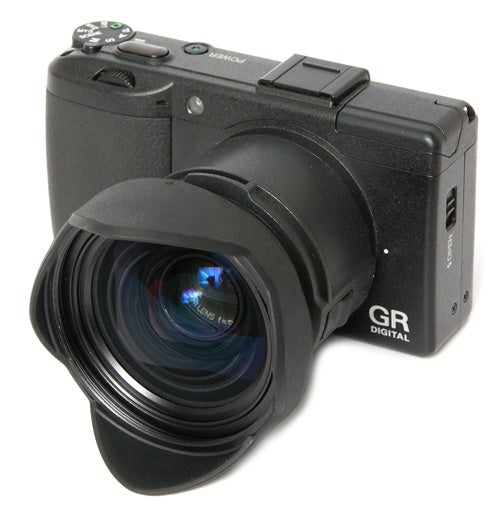 The new GR Digital III follows exactly the same design concept, in fact it’s so similar that at first glance it’s hard to tell the two cameras apart, and harder still to distinguish it from its immediate predecessor the GR Digital II. However a closer inspection reveals that there are a number of improvements for the new model, and not insignificant ones either. The main upgrade is a completely new lens. It’s still a fixed-length lens equivalent to 28mm, but it now has a maximum aperture of an impressive f/1.9, which if I’m not mistaken makes it the fastest lens on any current digital compact camera. 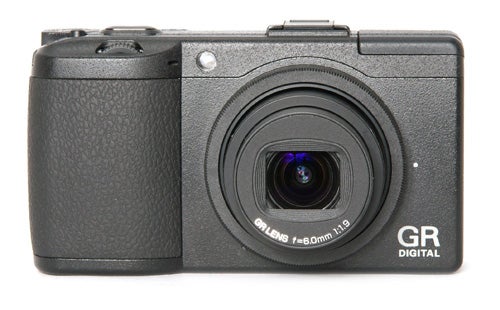 Also improved is the LCD monitor which is larger at three inches, but also much sharper with a resolution of 920,000 dots, the same as the monitors used on top-end professional DSLRs. The new model also gets a new image processor, the GR Engine III, and new more powerful 1250mAh Li-ion battery. More importantly it also gets a new sensor, a larger 1/1.7-inch type CCD with bigger photocells for improved light sensitivity.

One thing that hasn’t improved much however is the price. The GR Digital III is currently on sale for an eye-watering £530, making it by far the most expensive pocket compact on the market, and one of the most expensive non-SLR cameras of any type. By comparison the Panasonic LX3 will cost you about £340, and you can get a Canon G10 for around £400. You can pre-order the new Canon S90 for about £450, and needless to say there are plenty of digital SLRs that cost less than the GR Digital III. That price will probably fall over time, but maybe not by as much as you’d hope. The GR Digital II is still available and costs about £300. 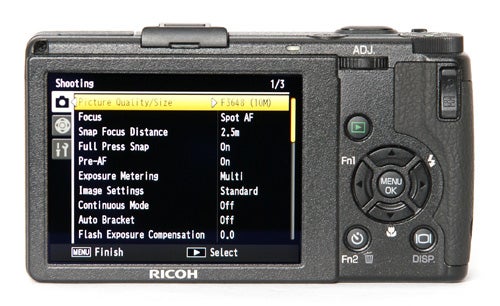 This is pretty much the GR Digital III’s only real problem. There’s no question that it’s a very good camera and offers a lot of creative control for experienced photographers in a highly portable pocket-sized form, but it’s no longer the only camera that does so. The Panasonic LX3 offers much the same, but with an even larger sensor and a high quality zoom lens with an even wider wide-angle setting, while the new Canon S90 has an f/2.0 lens equivalent to 28-105mm. Both cameras are a lot cheaper than the Ricoh, and it has to be said that they’re a lot prettier to look at as well. There are now also several other compact alternatives to the bulky traditional SLR, such as the new Micro Four Thirds cameras from Olympus and Panasonic. Given Ricoh’s traditionally low-key approach to marketing its range of digital cameras, one wonders if the GR Digital III can survive against such competition.


It’ll be a pity if it can’t, because it really is a superb little camera. The build quality is exemplary, and the unassuming plain black body, with its scratch-resistant high-friction coating and comfortable rubberised grip, is slim, light and easy to hold. The control layout is simple but effective, and provides quick but versatile access to the camera’s many options. The main mode dial has a locking button to prevent it being turned accidentally, something which many other manufacturers would do well to imitate. Like an SLR the GR Digital has two adjustment controls, a rotating wheel on the front of the grip for adjusting exposure values, and a control on the back for quick menu selections. The controls, including all the buttons around the D-pad, can all be customised, so you can set the camera up just the way you like it. Particular set-ups can be saved for quick access via the three custom settings on the mode dial. 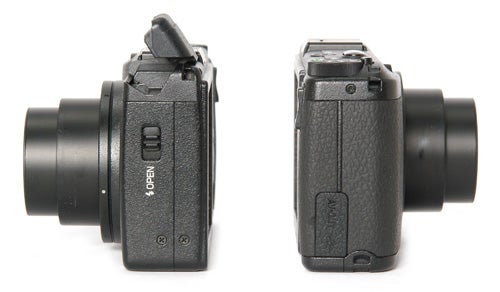 The degree of control is excellent for a compact camera. Apertures from f/1.9 to f/9, shutter speeds from three minutes to 1/2000th of a second and sensitivity settings from 64 ISO to 1600 ISO are available at the touch of a button. The pop-up flash is surprisingly powerful, its output can be adjusted, and both first and second-curtain sync are available.


Other features are similarly capable. Exposure metering is excellent, and the multi-point AF system is extremely fast and accurate. Macro focusing range is an impressive 1cm, and the well-implemented manual focus option, as well as the ability to connect to an external lighting system via the hot-shoe, makes the GR Digital III and excellent camera for close-up photography. The white balance system is also much improved, with an advanced pixel-by-pixel multi-pattern WB system that seems to be exceptionally accurate.

The GR Digital III’s overall performance is excellent. The initial start-up is about average at approximately 2.5 seconds, but shot-to-shot time in single shot mode is about 1.6 seconds, which is nice and quick, and in continuous mode is can shoot at just under two frames a second, which is fast for a 10MP compact. It’s a little slower in Raw mode, shooting at approximately 2.4 seconds per shot in single-shot, with a buffer limit of six shots in continuous mode. 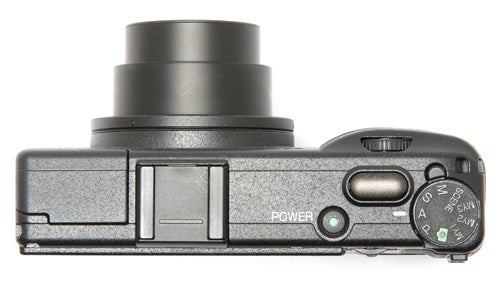 The autofocus system is exceptionally good. It focuses quickly and accurately in pretty much any lighting conditions, and has among the best low light performance I’ve ever seen. The bright green AF assist lamp has a range of several meters and the camera will focus very quickly even in total darkness. The pop-up flash is surprisingly powerful, with a useful range considerably better than the stated three metres. Its output can be adjusted, and both first and second-curtain sync are available. Considering its enthusiast credentials, in auto mode the GR Digital III is actually a great little camera for social snapshots.


The new f/1.9 GR lens is superb, providing bright pin-sharp detail almost right across the frame. There is a little bit of blurring in the far corners, but no trace of chromatic aberration and virtually zero barrel distortion. The optional 0.75x extension lens is also very good, although it does introduce a little chromatic aberration at the far edges of the frame. I’ve certainly seen worse from some DSLR kit lenses.


The GR Digital III uses a larger-format 1/1.7-inch 10.4-megapixel CCD sensor, with larger pixel pitch than most compacts, and correspondingly the dynamic range and colour depth are excellent by comparison to the majority of comparably-sized cameras. It’s certainly on a par with the Panasonic LX3 and Canon G10. 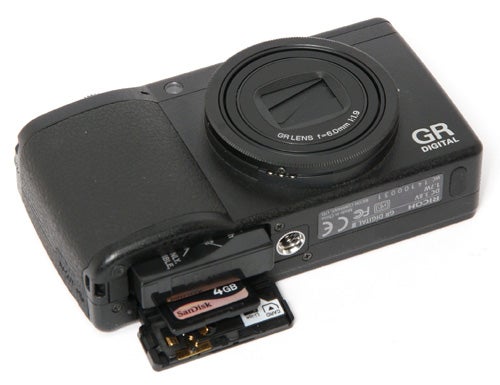 As for high-ISO noise control, the results are very good for a compact. There is image noise plainly visible at 400 ISO, but comparing the results to the G10 and the LX3, I’d say that the GR Digital III beats the former but is not as good as the latter. At 800 ISO the blotchy colour gradients and loss of fine detail rather let it down. At lower ISO settings the GR Digital III has significantly better detail, colour depth and shadow detail than the Canon G10, and compares well with the LX3’s benchmark image quality.

The Ricoh GR Digital III remains a unique camera. It offers a range of user control normally associated with fairly advanced DSLRs in a well-designed, slim and pocket-friendly camera that is a genuine pleasure to use. Image quality is comparable with the very best that compact cameras can offer, with build quality and finish to match. The only downside is the price, and the fact that its competitors offer more features for less money. 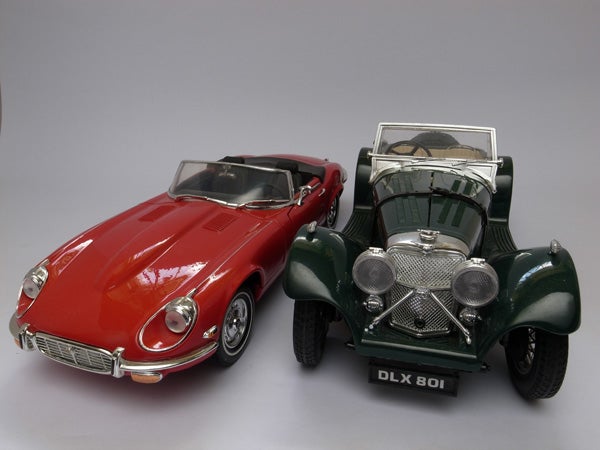 This is the full frame at 64 ISO. Compare the GR Digital III’s results with the Panasonic LX3 and Canon G10. 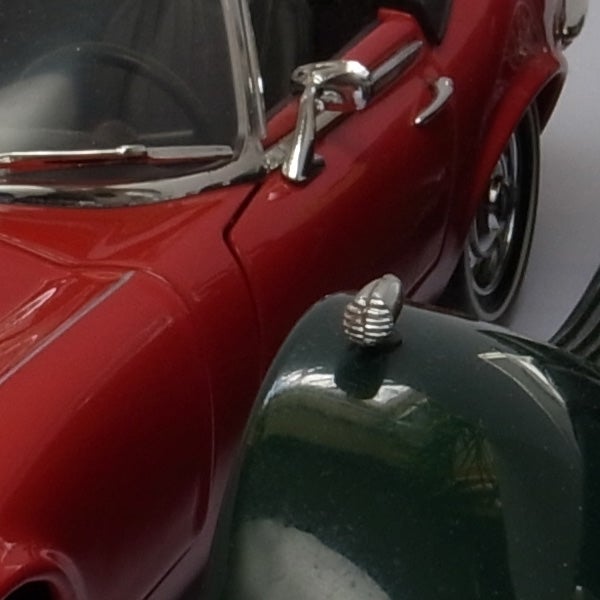 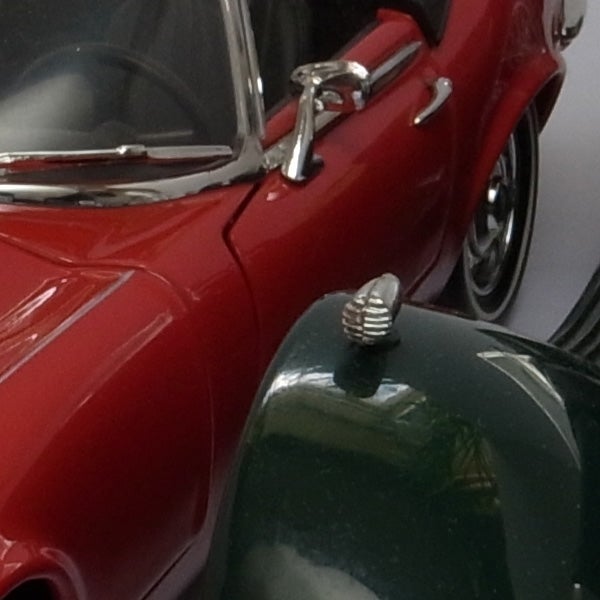 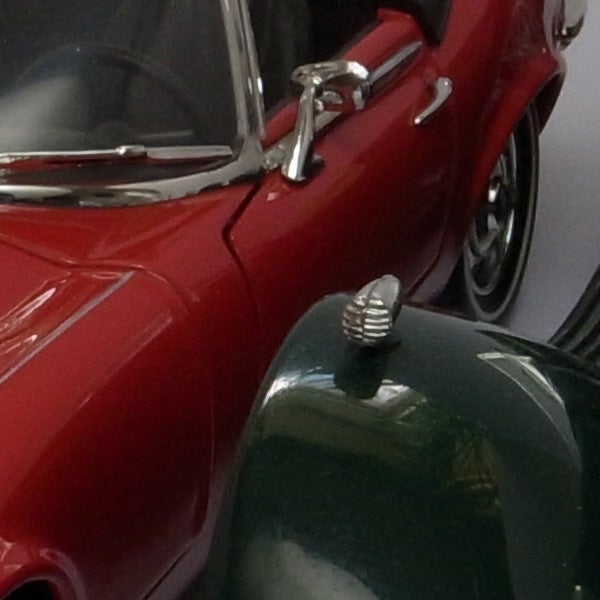 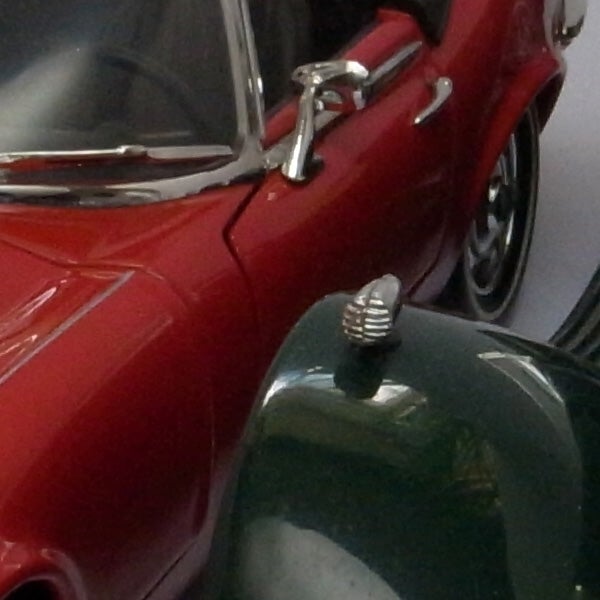 Some noise is visible at 400 ISO, but the overall image quality is still very good. 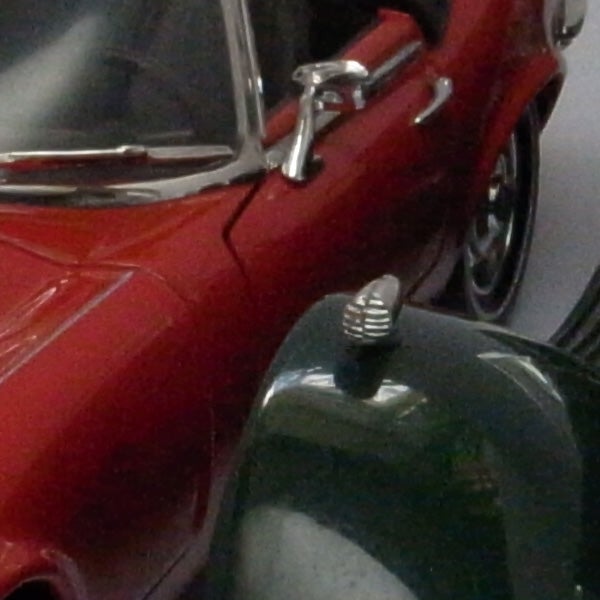 At 800 ISO the red gradient is now very blotchy and there is a lot of noise in the grey area. 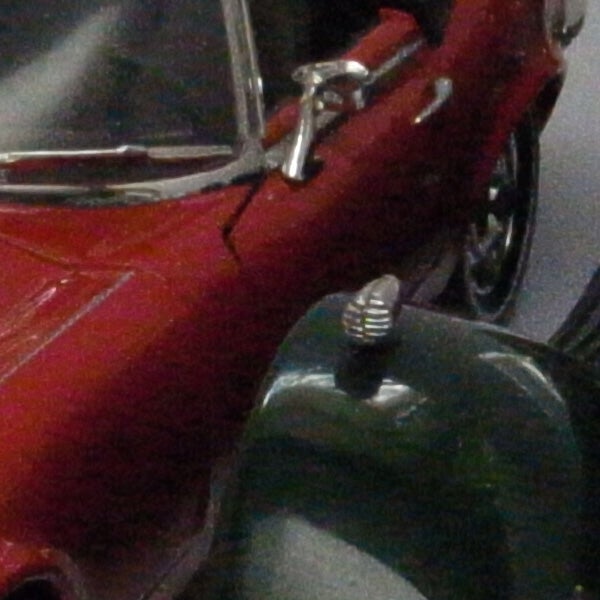 The maximum 1600 ISO is pretty terrible. 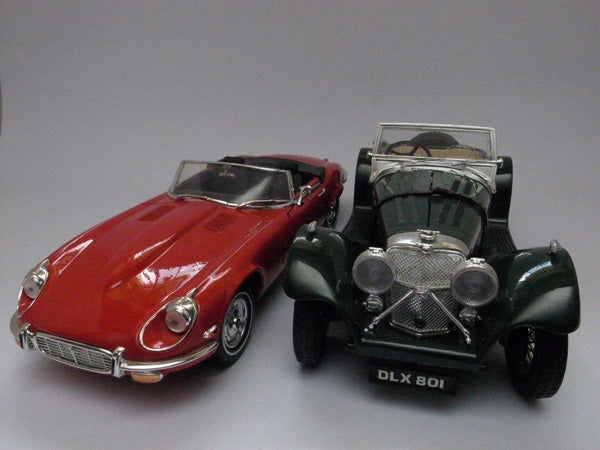 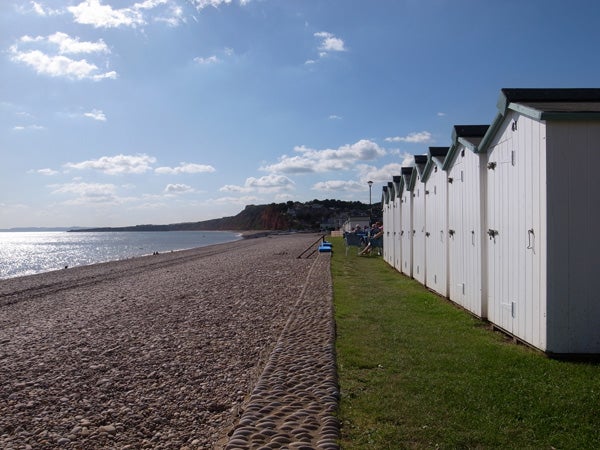 The fixed wide-angle lens is too wide for the usual cathedral window shot, so here’s a seaside alternative. 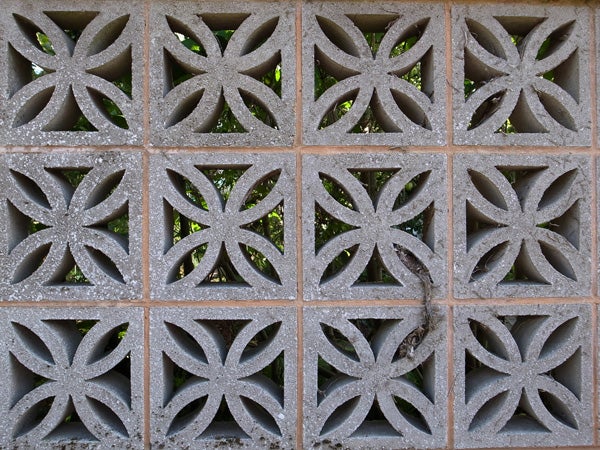 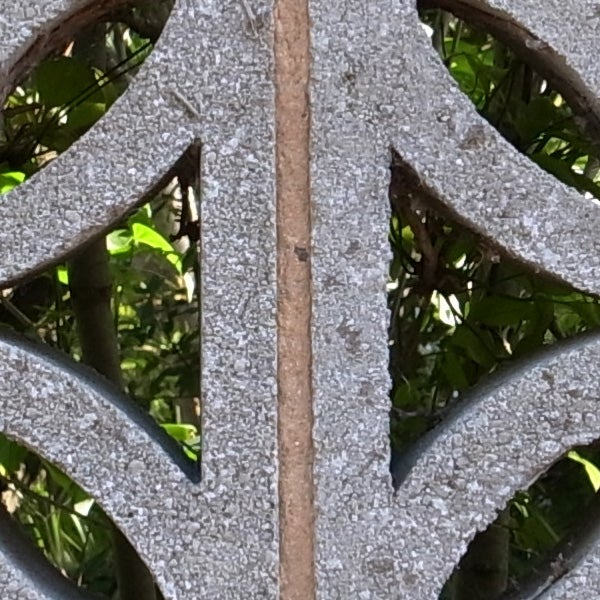 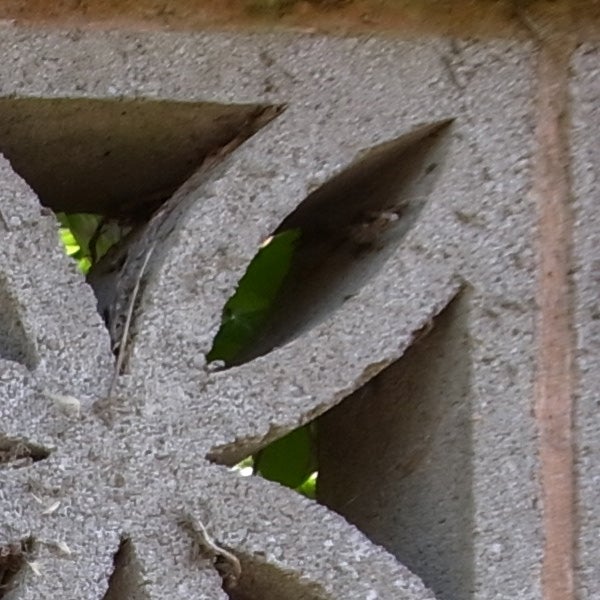 No chromatic aberration, but there is a little blurring right in the corner. 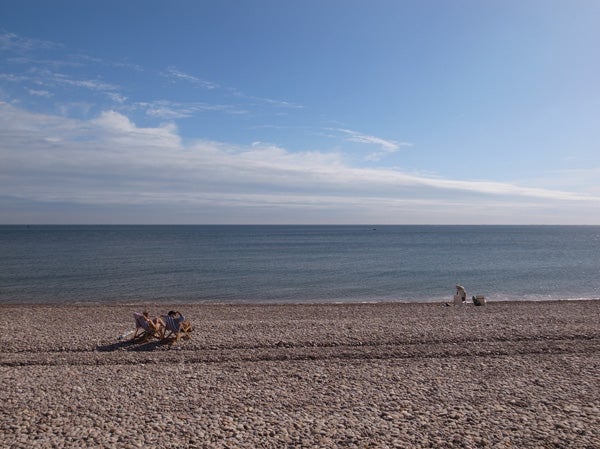 The fixed lens really makes you think about composition, and the built-in level helps to keep the horizon straight. 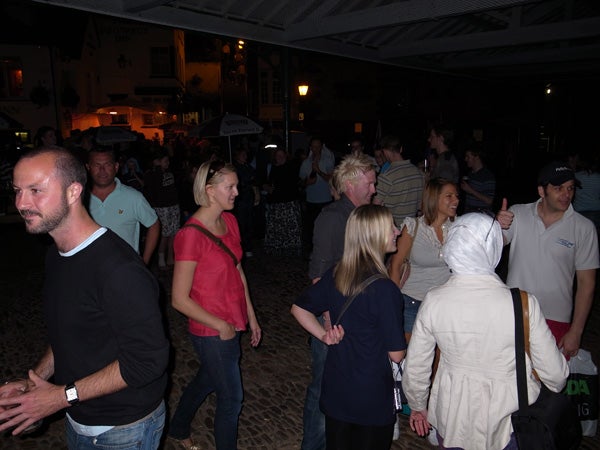 Flash range is excellent, well over the stated 3m. 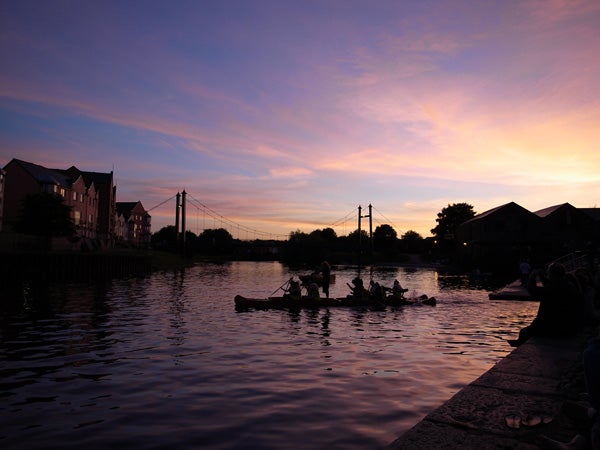 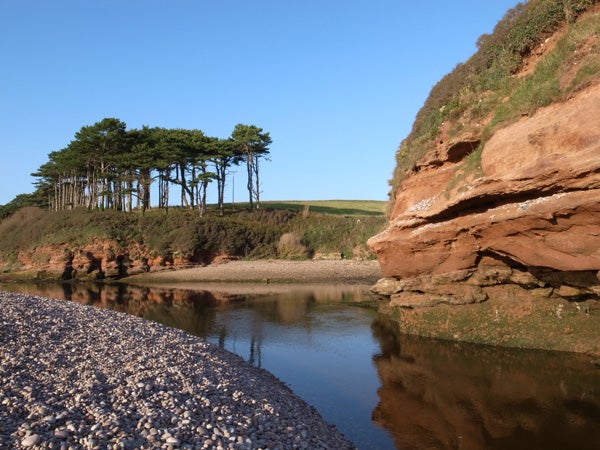 This is the standard wide angle, 28mm equivalent. 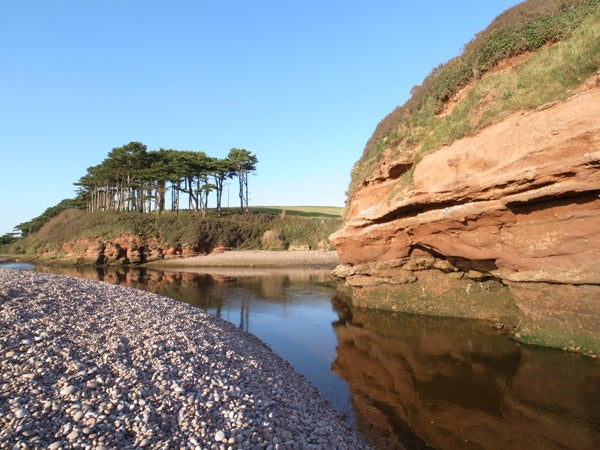 The same shot with the 0.75x extension lens added. This is equivalent to approximately 21mm. 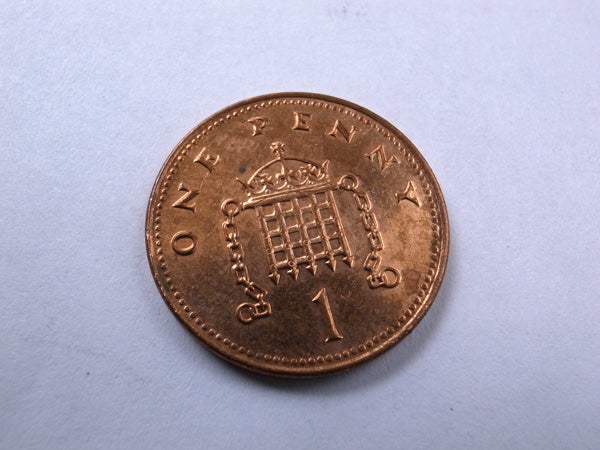 The 1cm focus range and manual focus are great for macro photography. If you’re not familiar with British currency, the penny has a diameter of exactly 2cm.