As I mentioned in the review of the Caplio R1V a few weeks ago, Ricoh has recently launched a range of new cameras in an effort to regain something of the dominant market position it had in the late 1990s. At the top of its new range is this, the impressive 8.2 megapixel Caplio GX8. It is currently the most powerful compact digital camera we’ve seen, a full megapixel ahead of its nearest competition. At the time of this review, if you want more pixels than this you’ll have to buy a digital SLR costing over £3,000. Since the GX8 is available for £239.99 it has more shooting power per pound than pretty much anything else on the market.


The GX8 is a very high specification model, with a range of features designed to appeal to the creative photographer. Its key selling points, apart from its sheer pixel-power, are its 3x optical zoom, 28-85mm (35mm equivalent) lens and its high-speed performance. It is ready to take pictures in just 1.3 seconds from a cold start, and is equipped with a hybrid autofocus system that can lock onto a subject in one tenth of a second, virtually eliminating shutter lag. Its shot-to-shot times are equally impressive. In maximum resolution mode (3,264 x 2,448 pixels, fine mode) it can shoot at 1.7 second intervals until the memory card is full, and in high-speed burst mode it can shoot 16 frames in two seconds, displaying the results in a single image as a 4×4 grid – useful for analysing high-speed action such as sports performance. It also has a second burst mode that can capture three frames in a second. In 640 x 480 resolution mode it can keep this speed up until the card is full.


The GX8 is also compatible with a wide range of accessories, including a wide-angle adapter that increases its already impressive 28mm maximum to 22mm, ideal for landscape shots. An accessory adapter allows the camera to be attached to telescopes, spotting scopes or microscopes, plus there’s an external USB equipped cable release which would be useful for self-portraits as well as preventing camera shake during long exposures. Unusually for a compact camera the GX8 has a hot-shoe for attaching an external flashgun, which improves the flash range and recharge time. It has no metering connection, so a non-dedicated flash will be your safest bet. The GX8 also connects directly to a personal computer or a PictBridge printer with a USB connector, so stored pictures can be downloaded or printed with ease.


Despite the relatively low price for this specification, Ricoh has not compromised on build quality. The camera has a tough die-cast aluminium body with a scratch-resistant textured black finish, a large and comfortable rubberised handgrip and solidly mounted controls. The GX8 isn’t a particularly small camera, so it avoids the handling problems of some ultra-compact models.


Control layout is sensible and uncluttered, with the main adjustments – exposure compensation, white balance and ISO sensitivity – controlled by a single button separate from the main menu. In addition to this, menu options include multi-zone, centre-weighted and spot metering, adjustable sharpness and contrast, and four focusing modes; auto, snap, manual and infinity. In macro shooting mode a further option is available that allows you to position the focus target point anywhere in the frame, helpful for those close-up, tripod-mounted shots where the subject may not be in the centre of the frame. For normal hand-held shooting the camera has an AF lock function. Other exposure options include manual and aperture priority shooting, as well as a useful selection of scene modes.

Despite all this adaptability, the GX8 does have some important limitations. It has no built-in AF illuminator, and as a result it has some difficulty focusing in low-light situations. The built-in flash is capable of good close-range results, but if the AF system doesn’t lock on to a close range subject properly then it is inclined to fire at full power and over-expose the shot.


Compact wide-angle zoom lenses are difficult to make, which is why most digital compact cameras have zoom ranges starting at 35mm or more. Ricoh is one of the few manufacturers to equip many of its cameras with lenses capable of zooming out to the equivalent of 28mm, which most photographers would agree is the minimum requirement for wide-angle shooting. The lens on the GX8 is an extremely good one, especially considering the price. It manages to avoid the edge distortion problems that bedevil some other wide-zoom models, and it also has a maximum aperture of F2.5 – F4.3, which is commendably fast.


Another unusual feature of the GX8 is its ISO sensitivity range. Most digital compacts have a maximum sensitivity of 100 – 400 ISO, but the Ricoh can go all the way from 64 to 1600. Unfortunately this is of limited usefulness, because at the highest two settings there is an awful lot of image noise, and some apparent breakdown of reciprocity resulting in low contrast, odd colour distortions and inaccurate exposure. There are situations where the GX8’s very high sensitivity might be useful, but for general photography it would be better to stay under 400 ISO.


Apart from the low-light performance and high-ISO image noise, photographic quality is very good. Colour rendition is excellent, focusing and exposure are consistently accurate in good light, and eight megapixels of resolution means you’ve got room to enlarge. It is possible to make photo-quality prints up to 16 x 12 inches from these shots, which is going to look great hanging on your wall.


The only real problem with the GX8 is its ultimate purpose – a purpose that falls between two stools. Serious photographers looking for an eight megapixel camera are more likely to opt for the much more expensive but unquestionably more capable Konica Minolta A200 or similarly specified Nikon Coolpix 8400, while buyers looking for a powerful snapshot camera are likely to be put off by its complexity and businesslike appearance. This is a shame, because the GX8 is a technically impressive camera that is versatile enough for creative photography. It certainly deserves to do well, but I fear it occupies too much middle ground for it to really stand out.


The Caplio GX8 is a technical marvel with superb adaptability, outstanding performance, some very useful features and good handling. For the price it offers more pixel power than almost anything else on the market, but there are other even more capable cameras available to the advanced user. You’ll have to decide if it’s really what you’re looking for, but if it is then it won’t disappoint. 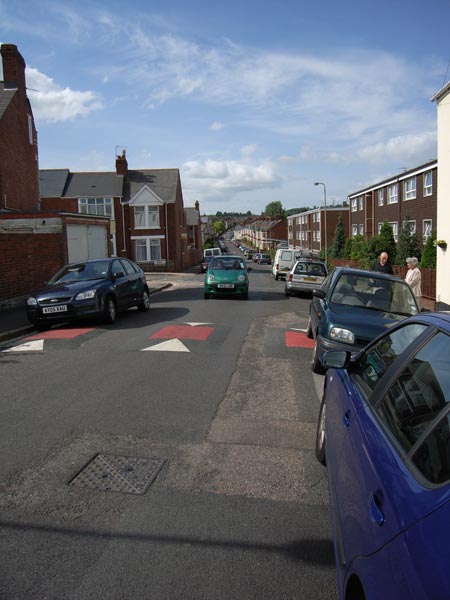 ”’With a zoom range equivalent to 28-85mm, the GX8 has a wider wide-angle setting than most other cameras, great for capturing more of the scene. At ISO 400 noise has crept in.”’ 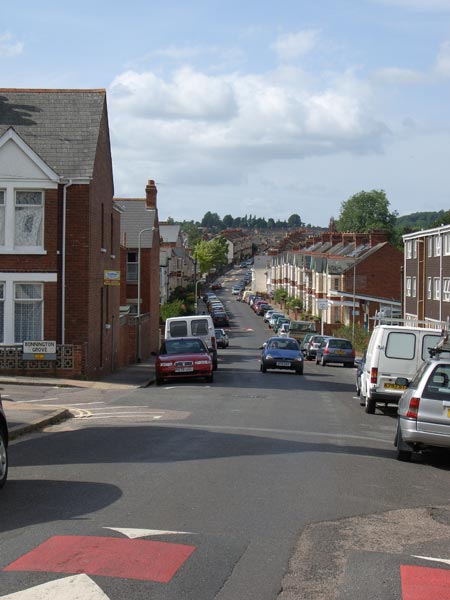 ”’A 3x zoom lens doesn’t let you zoom in far, but the 85mm equivalent telephoto end would be ideal for flattering portraits. Again the shot was taken at approx ISO 400 and noise is evident. For a cleaner image, use the GX8 at ISO64 and ISO100, ambient light permitting.”’ 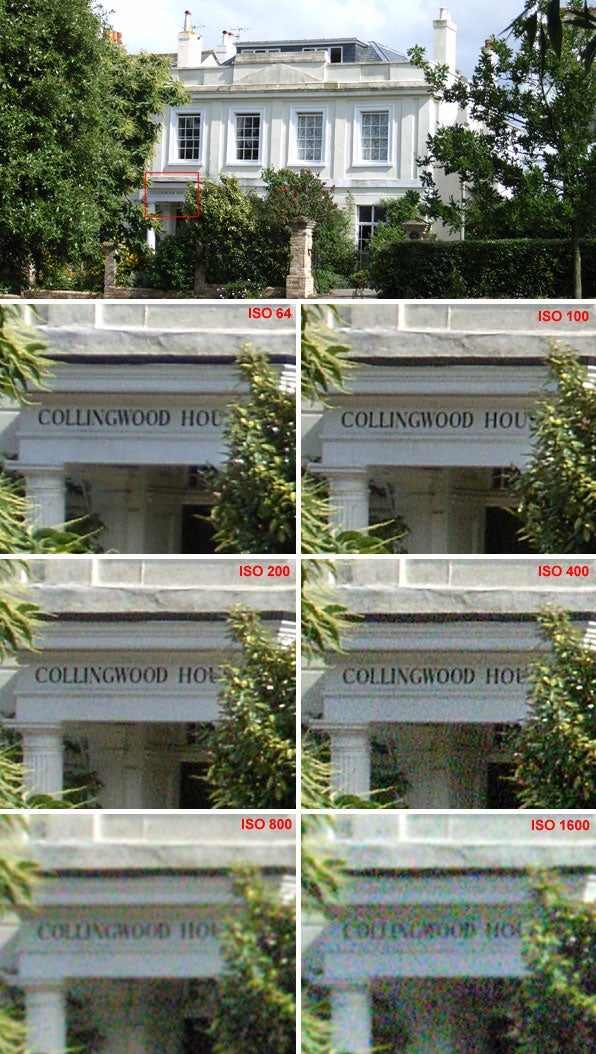 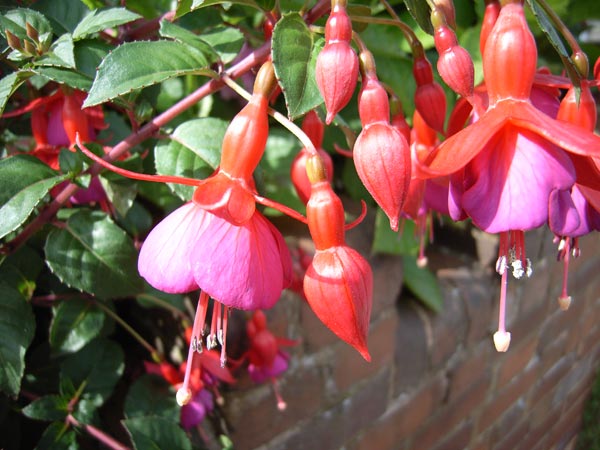 ”’The GX8 has a minimum macro range of just 1cm, however these Fuscias were about 10cm away.”’ 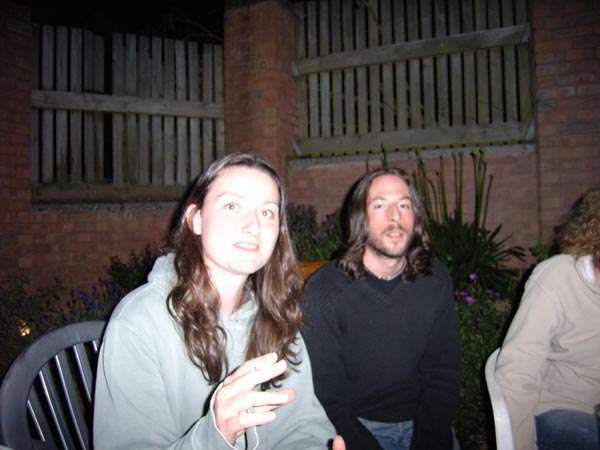 ”’The GX8 has problems focusing in low light situations, and the built-in flash tends to over-expose at close range.”’ 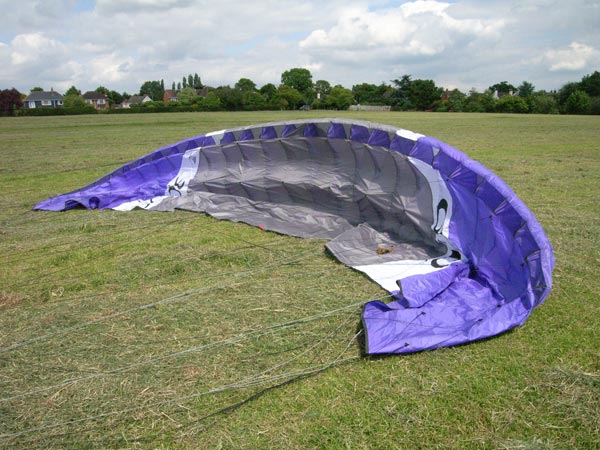 ”’Exposure, focus and colour rendition are all excellent. In standard colour mode tones are very natural.”’