When Ricoh first announced its Gelsprinters, at the beginning of 2007, we were immediately interested by the technology and wanted to get hold of a sample for review. However, there were considerable delays getting the machines on sale which, at the time, was put down to firmware problems.


These appear to have been resolved and a range of printers using the viscous inks is now available, with the Aficio GX2500 in the entry-level position. Ricoh’s Gelsprinters can be thought of as inkjet machines but with thicker, pigmented ink, which dries quickly on contact with the paper. Ricoh is also proud of the belt feed mechanism inside its printers which, apparently, holds each sheet of paper flat electrostatically, while the ink is sprayed on.


The Aficio GX2500 is a substantial device, so much so we were surprised at the price of just over £100. It has about the same footprint as a colour laser printer, though it’s not as tall as most and there’s a substantial cut away at the front to reveal the paper tray. 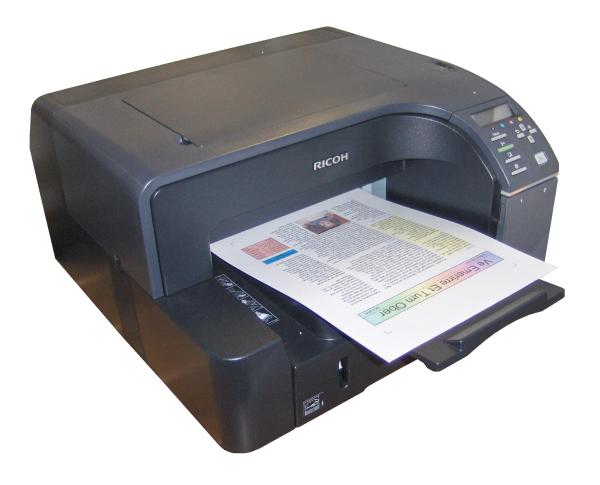 A single, 250-sheet tray is fitted as standard and on this model there’s no way of adding a second. The whole paper cartridge slides out from the front, before you can lift off its cover, which has an output tray integrated into its top.


To the right of the paper tray is a pull-down cover that reveals the four, large ink cartridges. These are rated at 1,000 pages for each colour and 1,500 for black. Above the cartridge bay is a control panel, comprising four function buttons and a diamond of menu controls. The two-line LCD display has no backlight and is not particularly easy to read, but does give useful feedback and status messages. At the back is a single USB socket, though a network adapter is available as the only option.


Setting up the printer requires no more than plugging in the four cartridges and letting it charge its ink system and print an alignment page. Software installation is very simple, too, as there’s only a driver to install. This is well provisioned, with overlays, watermarks and multiple pages per sheet, though the ‘Automatic Standard’ duplex capability that the spec sheet on the website claims, appears to be no more than a manual duplex check box, which leads to instructions on turning the paper over.


Perhaps printer manufacturers are at last getting wind of the fact that we’re wise to excessive speed claims. Although Ricoh quotes the speed of the Aficio GX2500 as 28ppm for both black and colour prints, it claims this is for ‘continuous print’ and also quotes a more reasonable 10ppm for black and 7.5ppm for colour as a default print speed, with speed priority set in the driver.

We test printers at their default settings, so had quality priority set, but even then we completed our five-page black text print in 33 seconds, with the text and colour graphics pages taking just five seconds longer. This gives a black print speed of 9.1ppm and a colour one of 7.9ppm, faster than the quoted speed for the first time in aeons.


Ricoh makes very little provision for the machine printing photos as, for example, it’s very hard to load 15 x 10cm photo blanks. Ricoh also doesn’t quote any particular photo paper for use in the machine, though the driver does have an option for glossy paper. 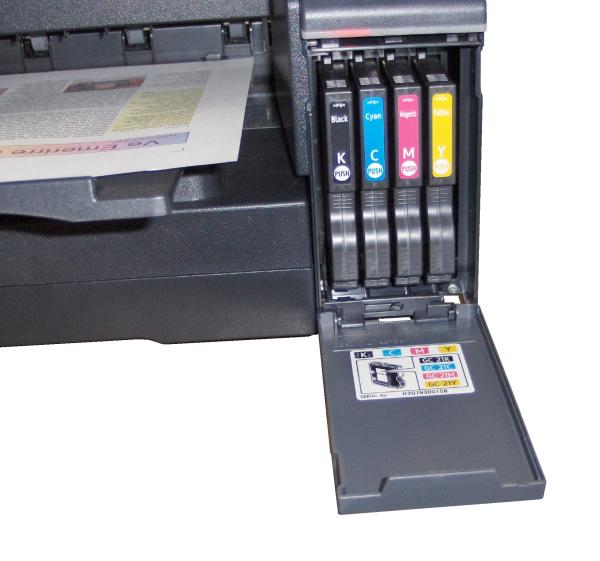 We used Ilford’s Galerie Smooth High Gloss, as it’s designed for both dye and pigment-based inks and this produced very good results – Ricoh should make more of photo printing. Colours are natural and the top resolution of 1,200dpi produces smooth tints and well reproduced fine detail, including in darker, shadowed areas.


Surprisingly, plain text prints are not as good. While the black ink does dry quickly, it doesn’t fully cover the fibres of plain paper, so you see white lines showing through, even under a low-magnification loupe. To the naked eye, it just appears that the text is not quite as dark or sharply finished as it should be. Colours in business graphics don’t show the problem as badly.


Although the cartridges have a high-capacity, which means you won’t need to attend to them often, they vary in price between £26 and £33, giving a cost per page of 2.58p for black and 12.46p full-colour. Both these costs are high, but the colour cost is at the top end of those colour printers we’ve tested. 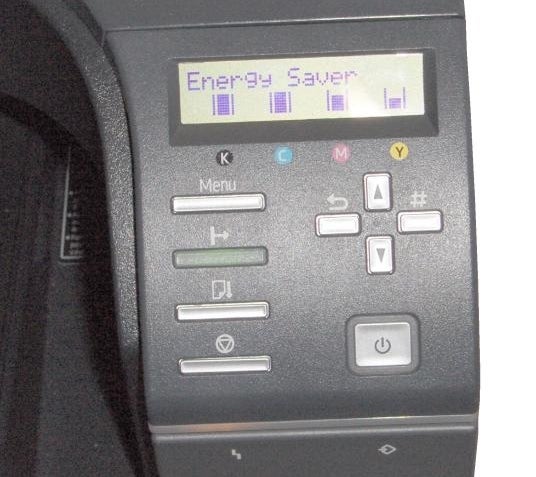 
As a first generation of printer using a newly developed technology, Ricoh’s Aficio GX2500 has several things going for it. It prints fast, certainly for this category of ink-jet and a true colour print speed of nearly 8ppm beats a good few entry-level colour lasers. While the machine is also commendably inexpensive, it’s not that cheap to run. This may change, though, as the number of suppliers of its cartridges increases. Ricoh should add photo handling to the machine, as it does this well, but currently only easily on A4 paper.