With good battery life, satisfactory design and good sound, the TrueConnects are a very strong pair of true wireless in-ears. However, connection issues means they're not up to the standard we expect from the best. You could get a better wireless experience from the Sony WF-1000XM3, or the Cambridge Melomania 1.

What are the RHA TrueConnect?

The TrueConnect are RHA’s first true wireless earbuds. They draw comparisons with the Apple AirPods, and not just because there’s no wires involved.

These earphones have the same price and little mic stems as the AirPods. The RHA TrueConnect are much better in several respects. Their sound is superior, noise isolation is radically better and the fit is much more secure.

There’s one significant bad bit. The RHA TrueConnect’s connection is worse than just about any other £150 true wireless earphone from a brand people recognise. It turns this pair from one of the very best to a set I’d struggle to recommend. 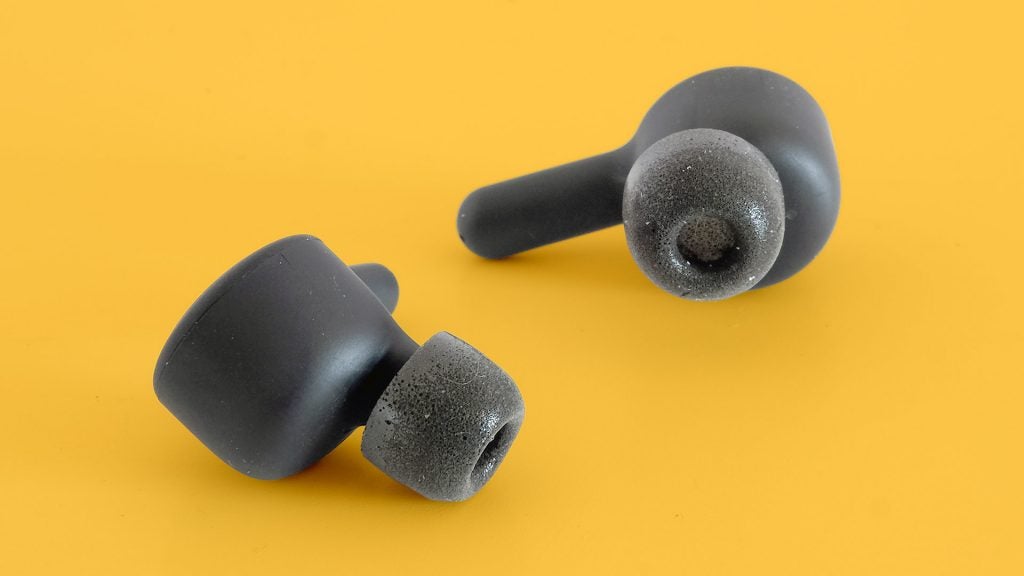 RHA TrueConnect design and fit — Nothing splashy in terms of looks, but they offer a good fit for noise isolation

Any design comparisons between the Apple AirPods and RHA TrueConnect are ultimately thin because they belong to completely different categories.

Apple’s AirPods are hard plastic earbuds that hang out behind the ear’s tragus. The RHA TrueConnect are in-ear monitor (IEM) earphones, which use silicone or foam tips to fully block your ear canal. 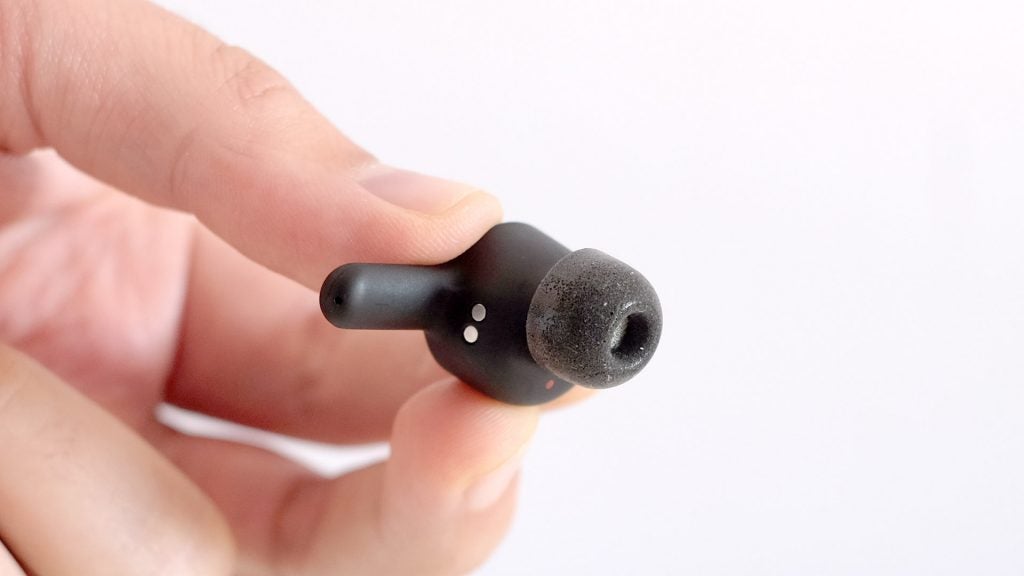 Many seem to think Apple earphones as a design default, but today virtually every other popular pair is an IEM. The benefits of an IEM are obvious, These earphones are much better for public transport, won’t leak sound too much and they come with tips to suit different ears.

AirPods are popular, often loved by their owners, but IEMs like the RHA TrueConnect are far more practical, particularly for loud public transport.

The RHA TrueConnect case is not quite as tiny and practical as the AirPods’ case, but it isn’t bad. It has an aluminium outer part that flips open, cabinet-like, to reveal the earphones. They are kept in place with magnets, and use little metal charge points rather than wireless charging. 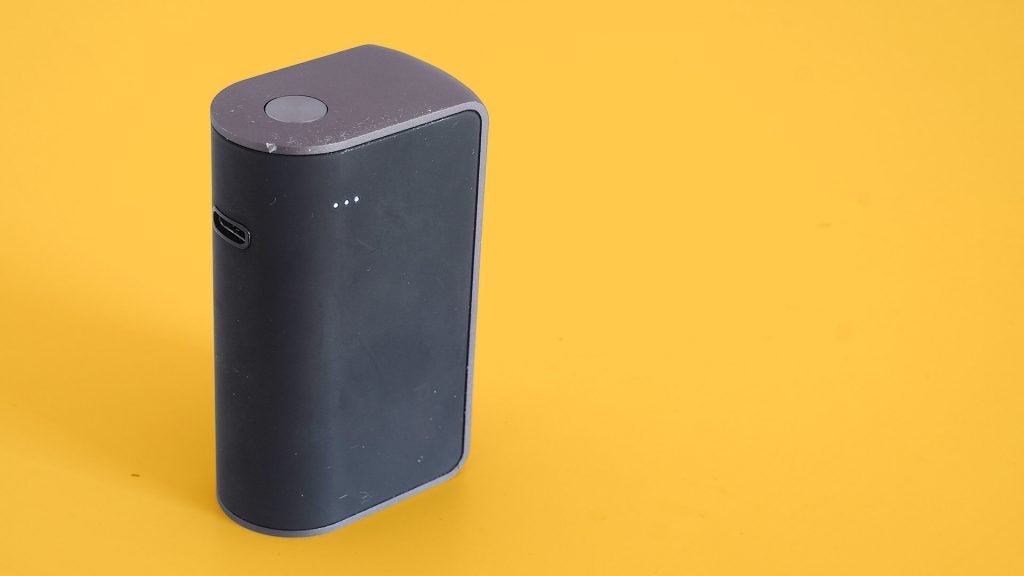 The features a line of LEDs to let you know the charge level, and USB-C for charging. You should get around five hours between charges from the earphones, and the case can recharge them four times. Both of these are above average. While the situation is improving in new models, the standard is still four hours and three charges.

The fact that the battery case can fit into some pockets is also a useful bonus. 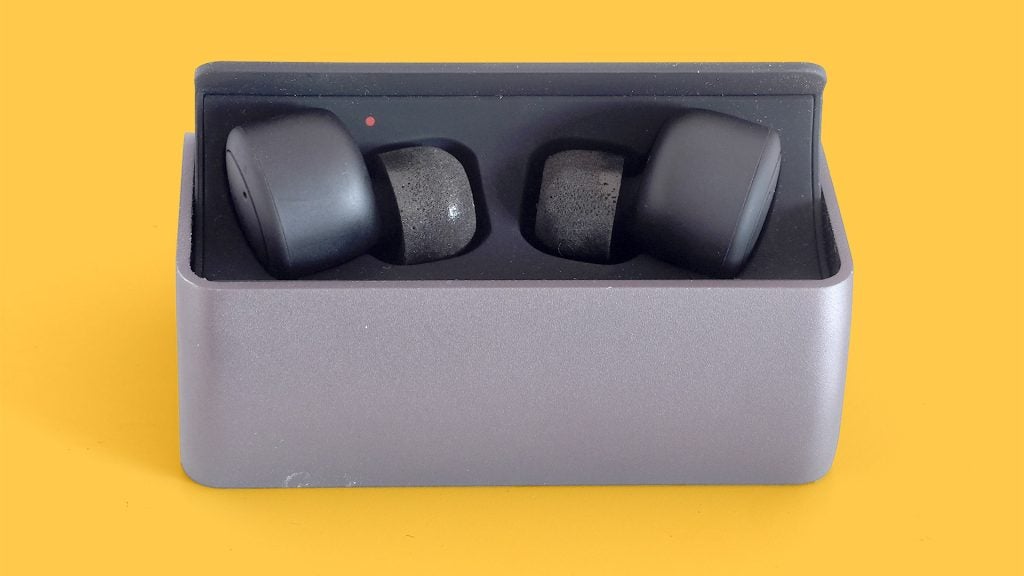 The RHA TrueConnect offer several advantages over most at the price – but there’s a huge caveat. These earphones’ wireless stability is not remotely good enough for a true wireless earphone, particular now we’re several generations into this particular tech sub-genre.

Every time I’ve listened to the RHA TrueConnect I’ve heard distracting cut-outs. This doesn’t seem to vary much depending on what you do. If you lie down in bed listening to a podcast, listen to some Spotify while out running or are walking around an urban area, you’ll hear these blips. The issues crop up in every situation.

The problem appears to be the connection between the earpieces, not the link of the main earbud and phone. I’ve never lost signal completely, but the left earpiece regularly flutters out, generally two or three times in fairly quick succession. 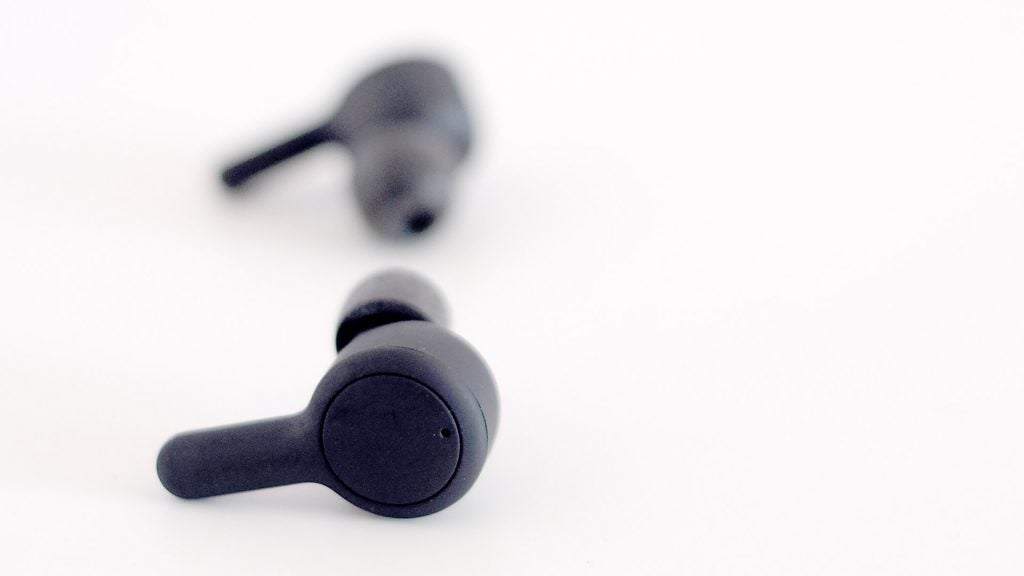 This is not remotely the most offensive kind of signal issue you’ll hear in true wireless earphones. But every other pair worth considering, from £30 bargain sets to class leaders like the Sony WF-1000XM3, has largely solved this problem.

RHA don’t not have a chance to do so post-release. However, as the TrueConnect don’t link up to a companion app, so there’s no obvious way to upgrade the firmware to fix this problem.

This is, unfortunately, enough to make recommending the TrueConnect difficult until a revision is released. I would likely return these earphones if I had spent £150. 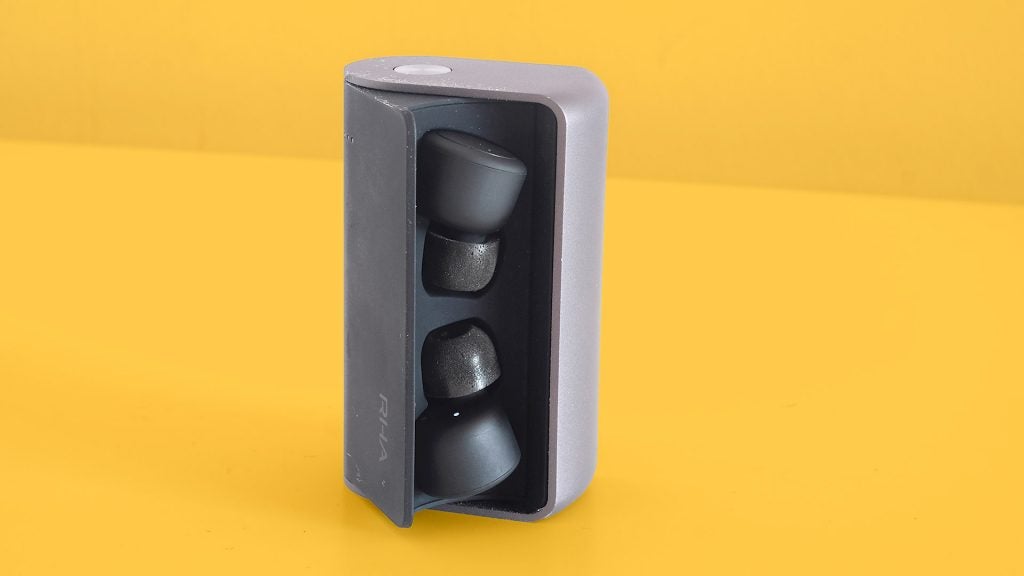 RHA TrueConnect sound quality and control — Despite the connectivity issues, these are some of the best sounding wireless in-ears around £150

I am most impressed by their spatial imaging. Early generation true wireless earphones often tended to sound a little “basic”, with flat dynamics and unrefined stereo positioning. The RHA TrueConnect do not have these limitations.

Sound width is good for a pair of in-ears and separation is well above average in this true wireless class. It’s important to remember the TrueConnect cost less than the Sony WF-1000XM3 and are far cheaper than the Sennheiser Momentum True Wireless.

But you still get some of that “high-end” sound sense. While this has been a part of true wireless earphones since the very first pair I tried, the Onkyo W800BT, that classier character is still a rarity in the true wireless world. 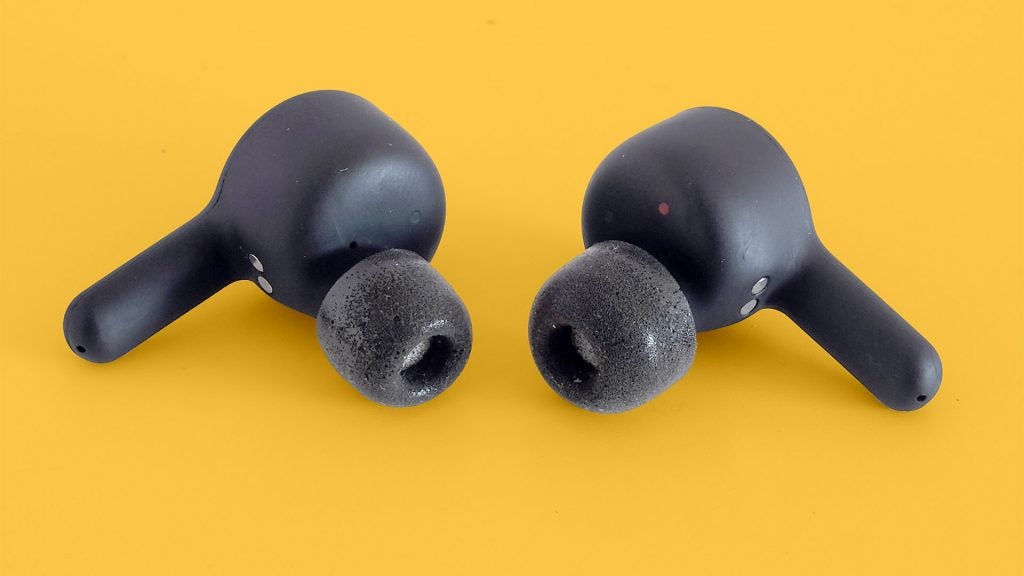 Don’t confuse ability with accuracy, though.

Bass is big, rich and powerful – too beefy to be considered neutral or accurate. However, the TrueConnect still get away with a completely coherent tone. The bass is rich, but not boomy and overpowering. Again, the fact that you get this from a true wireless earphone is only more impressive.

This is not a complete TrueConnect sound love-in, though. The treble is a slight weak point. For the most part it is slightly reserved, but RHA tries to offset this with much greater presence in the fairly high treble, which gives certain parts of a mix an unnatural presentation. The higher frequency elements of hi-hats and high register vocals are not as cohesive as the rest of the sound. 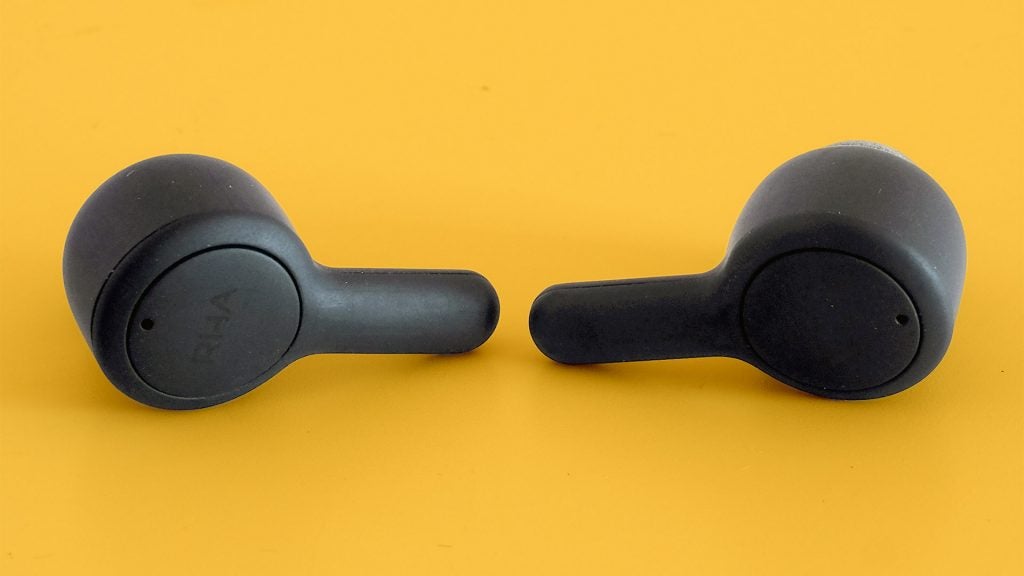 Should I buy the RHA TrueConnect?

The RHA TrueConnect are great true wireless earphones in most respects. Their battery life is good, the design is fine, price reasonable and sound very good.

Their patchy connection does not cut it, though. If you search online for coverage of these earphones you will see little mention of the issue in some write-ups, but we have talked to industry colleagues who have had the same issues. My experience isn’t isolated.

As such, you may want to consider spending a little more for the Sony WF-1000XM3, or a little less on the all-rounder Cambridge Melomania 1.