The RHA SA-850 are on-ear headphones that sit at the top of the British maker’s range. They’re affordable, though, selling for under £50. On-ear headphones provide larger drivers than the in-ear type, and avoid
the often-silly look of great big over-ears headphones – that not many
people can pull off convincingly.

Their design is similar to the RHA SA-500, another on-ear pair we reviewed last year. This more upmarket set appears to take a step up, with more silvery trim elements and a snazzier-looking cross-hatched pattern on the headband. 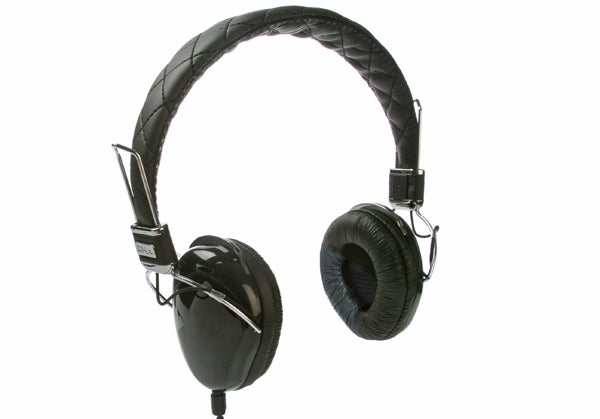 These parts of the RHA SA-850 are largely for show, though. The prongs that attach the earcups to the headband are metal, but the other silver parts are plastic. All the leather-look elements are fake, too, from the padding of the earpads to the headband outer and the material that surrounds the RHA logo on the sides. At this price, such construction compromises are to be expected, though, and the headband does feel commendably sturdy.

The RHA SA-850 do pack-in one point-winning hardware feature, though. They use a standard 3.5mm removable cable, which plugs into the bottom of the left earcup. This lets you easily replace it with another should you need a longer one, or if its straight 3.5mm jack plug bites the dust. The included cable is fabric-braided and roughly 1.2m long, making it just right for portable use though a too short for at home listening through a Hi-Fi setup.

Notions of thoughtful touches fade when you put the RHA SA-850 on, though. Like several on-ear headphones, they’re not hugely comfortable. On paper, they should be, with a lightweight 104g frame and padding on both the headband and ear cups. But, like the SA-500 before them, the design is problematic. 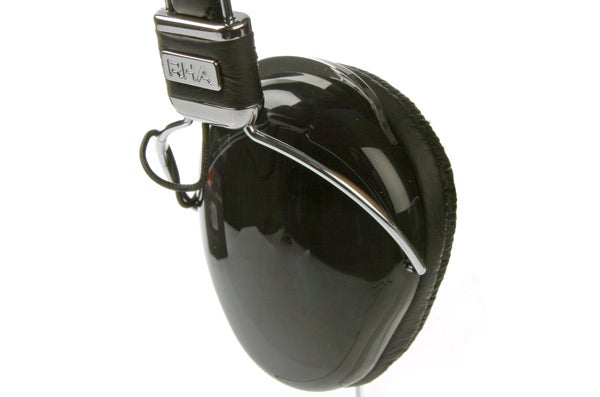 The ear cups only swivel horizontally, making it a little difficult to get a comfortable fit. We also found that the ear padding wasn’t quite soft enough to make them suitable for all-day listening. They don’t “disappear” on your head as earphones this light ideally should do, with the pressure applied to your ears by the slightly-too-firm padding being uneven. If only RHA could dump these pads and replace them with the comfy leather padding of the plush but sadly sonically rubbish Beats by Dr. Dre Solo HD, we’d be much happier wearing them.

The RHA SA-850 closed on-ear design makes them ideal as travel headphones, but unlike some they don’t fold up for portability. The metal adjustment prongs sit on a free slider, letting you make them slightly smaller, but not teeny. RHA doesn’t include a carry case, or any accessories, but as an on-the-go headphone not aimed at frequent fliers, it’s no great loss.

Having noted quite how similar the RHA SA-850 are to the SA-500 in design, it’s no surprise that they offer a comparable sound signature. The high point is the low-end.

The SA-850 produce powerful, deep and satisfying bass. And unlike many headphones with a low-end focus, it doesn’t result in an entirely confused sound. It’s sophisticated enough to catch you out in those moments where a track smacks you ’round the head with a real low-end thwack.

They are, predictably, not immune to boominess, however, and they benefit from a taming through equalisation – which most portable audio players are capable of. Taking a few decibels off the bottom rung of an EQ is beneficial. This also helps to bring the SA-850 back into balance, because treble is left bubbling away on the backburner here. It doesn’t have enough presence, and results in a lack of clarity in
vocals and higher-register instruments. The bass is well-defined, the
treble not quite so much. 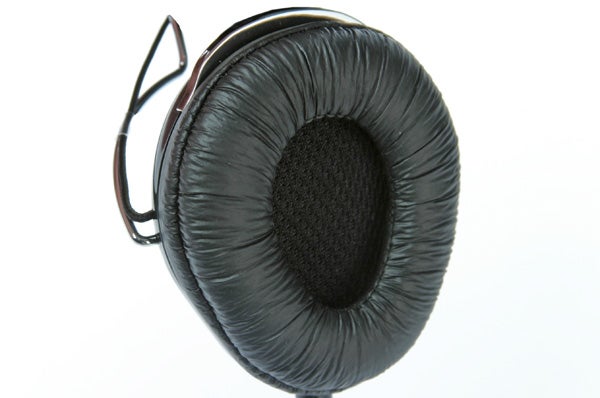 The result isn’t a sound that’s completely muddy, but it does lack the spark and zap that brings music to life. Instead, it’s dark-sounding and closed-in. 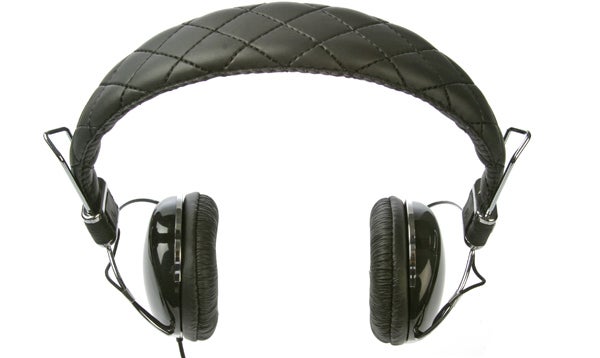 If a bass-tastic headphone is what you’re after, though, the RHA SA-850 are a lot cheaper than most of the “trendy” on-ear sets that litter the high street. Less than half the price of the Beats Solo HD while offering punchier bass, we can see what the RHA SA-850 are aiming for.

The comfort issue is hard to forget, though, especially when similarly-priced on-ear pairs like the Sennheiser HD 228 don’t suffer from the same problems. It’s enough to ensure the RHA SA-850 miss out on our recommended stamp, but if you have less sensitive ears and are out for powerful bass, they’re worth seeking out for an audition.

Verdict
The top-end RHA SA-850 on-ear headphones offer much the same benefits and problems as the mid-range SA-500. Bass is powerful, providing the thump the Beats range claims to provide without the outlay. However, treble definition is not great, they’re awkward to fit and the pads aren’t the most comfortable around.