The RHA MA390 are a cheap set of earphones that look anything but. RHA’s signature aluminium ‘bell’-shaped earpieces offer up a touch of class often found missing from the plastic sets from the likes of Sennheiser and Sony at this price .

The MA390s also include a few modern features, such as universal remote support and access to your phone’s digital assistant.

Sound quality is solid, although they display a hard edge that earphones from SoundMagic and Sennheiser do not have. 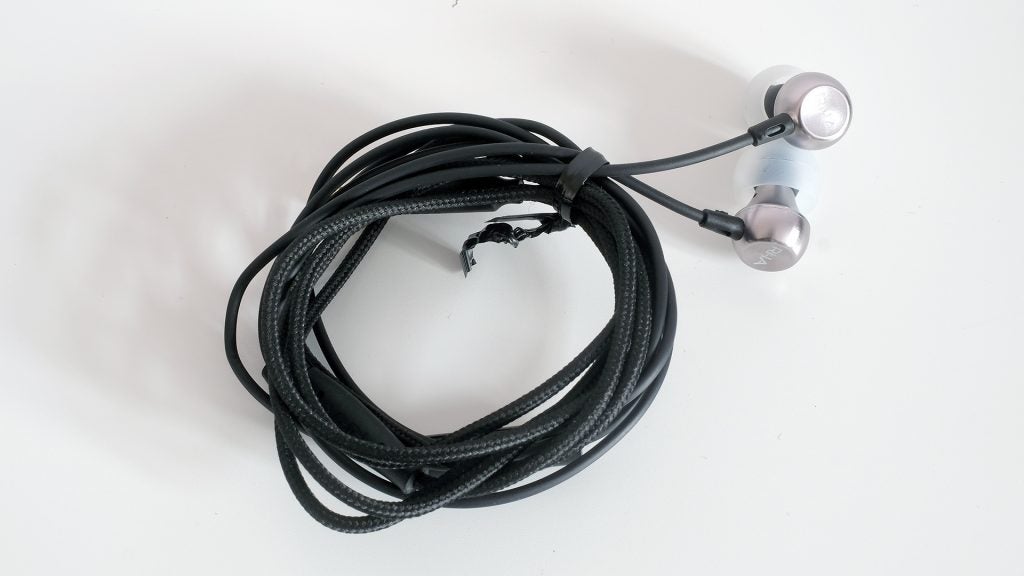 Like SoundMagic, RHA is one of the few names that has broken through to rival Sony and Sennheiser in budget headphone land. It’s a UK company that’s always traded on the value of its gear.

The RHA MA390 have tough aluminium shells, like almost all RHA’s budget earphones. Satin rather than shiny, the finish looks classy. They’ll also handle being trodden on better than most cheap models.

Don’t think that you can treat the RHA MA390 like dirt, however. Most earphones fail at either the jack or the point where the cable meets the earpiece – and both these parts of the MA390 are covered by plastic and rubber. 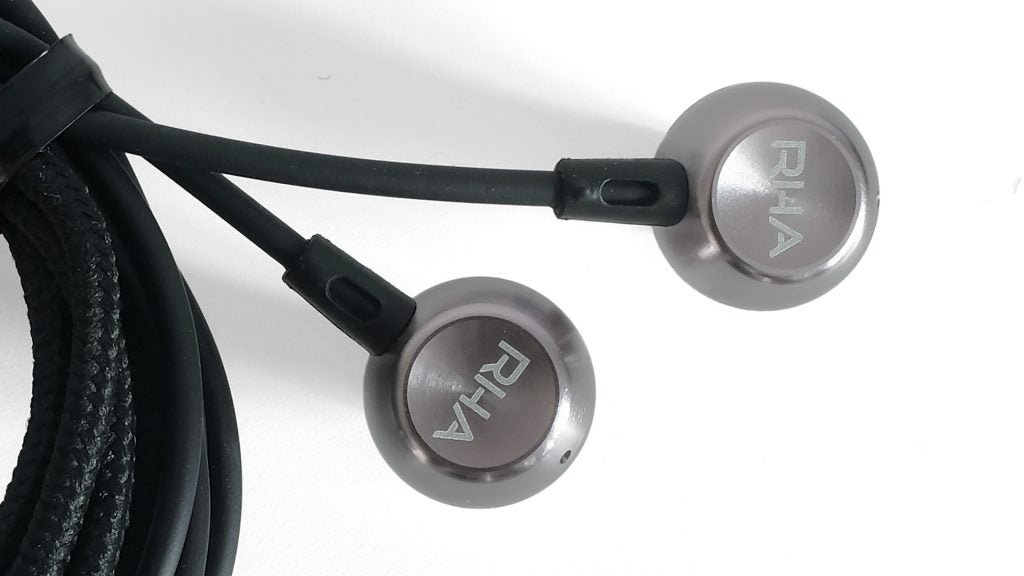 The RHA MA390 also have a part-fabric braided cable. There’s an unusually long 30cm-ish section where the left and right cables separate, then it’s fabric down to the jack.

What are the benefits? It’s mainly about look and feel, since this design has plenty of potential for cable tangles.

The RHA MA390 remote is a better feature. It’s a one-button universal remote designed to work with iPhones and Android devices. One press for play/pause; two presses skips to the next track. A long press fires up your phone’s digital assistant. If you have a recent Android phone then this will be Google Assistant. If you own an iPhone, it will engage Siri.

Since there’s only one button, however, it isn’t possible to change volume using the remote. 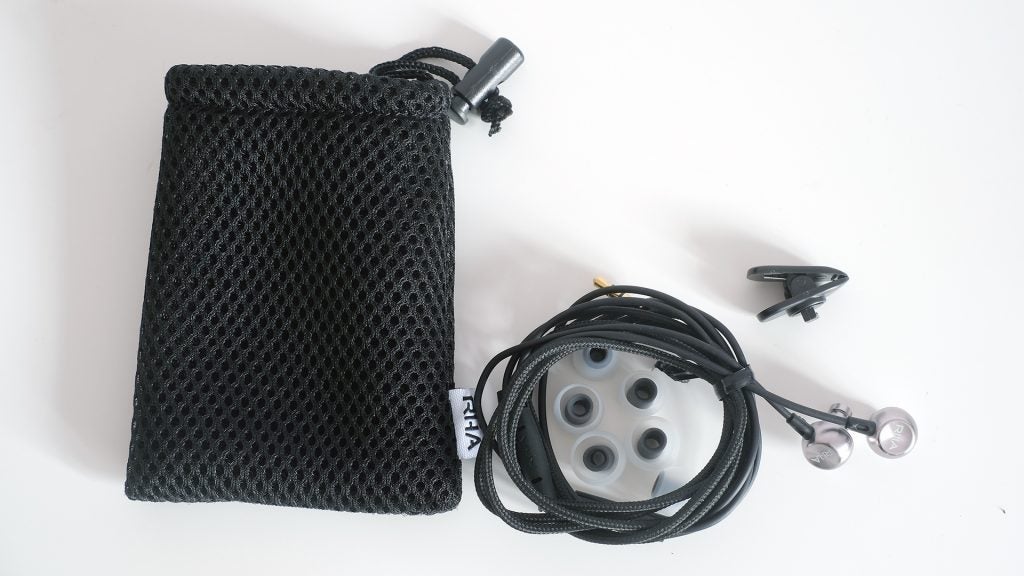 Three pairs of tips are included in the box, a shirt clip, and a little fabric carry case with a drawstring. No surprises here, but what do you expect for £20?

If you currently use earbuds without tips, you’ll find the MA390’s isolation much better. You won’t have to crank up the volume as much on buses and trains. However, since each earpiece has a port (a hole) on the outside, noise-blocking is just decent in this class. 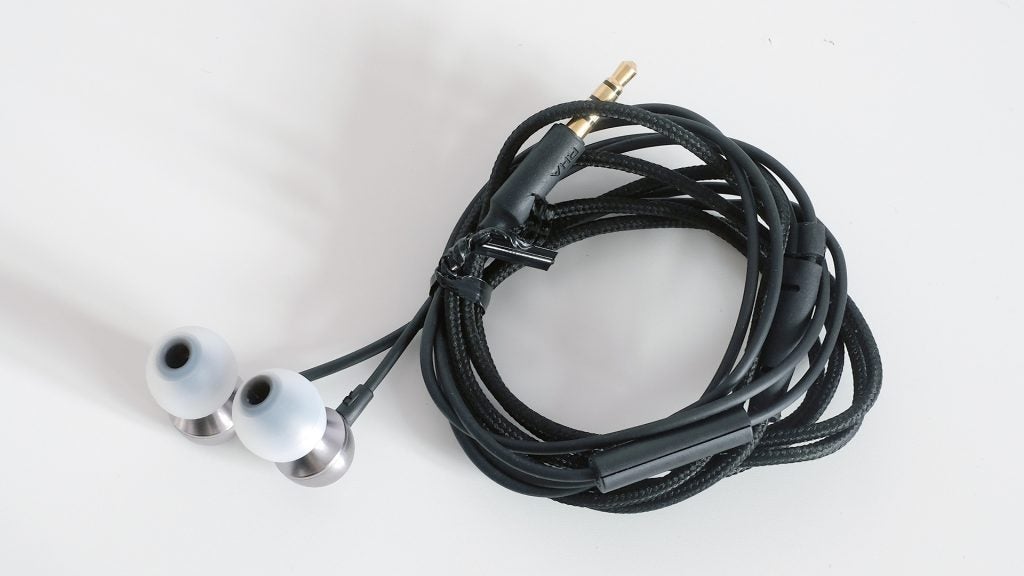 There are always compromises with earphones as cheap as the RHA MA390. You just have to choose the compromise you’re most happy to accept.

Here, the issue is a hard edge to the upper-mids. At higher volumes in particular, vocals can grate on the ear a little in a way they don’t through the SoundMagic E10.

Years ago, I reviewed the similar (but long discontinued) MA350 and commented that the treble was quite harsh. This has been improved a little here, but the MA390 still aren’t the most easy-going listen at the price. 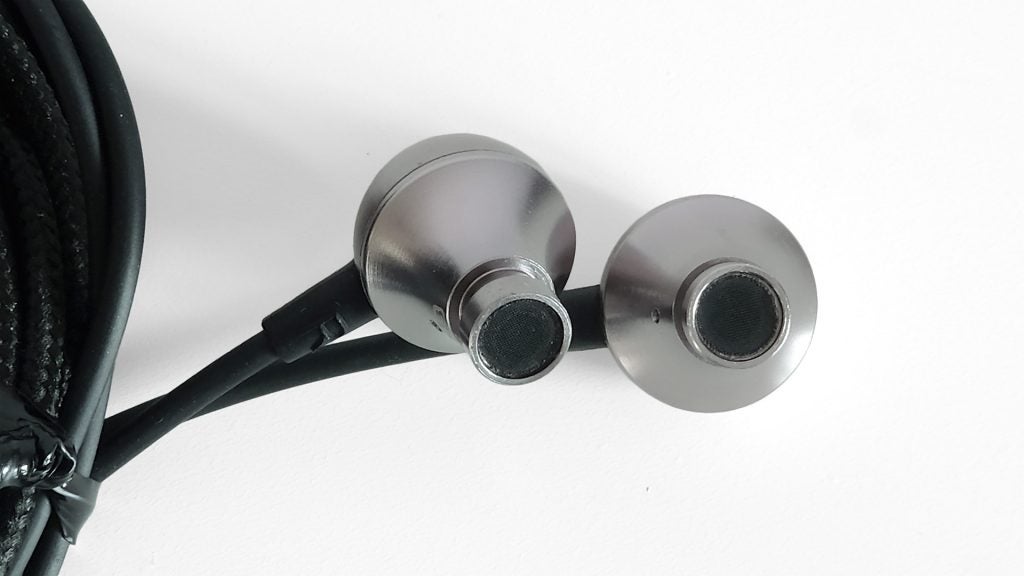 If you want a smooth sound, the SoundMagic E10 or – a fairer comparison – the Philips SHE9105 are a better bet. The Philips pair in particular are an often overlooked option for those who are after an affordable earphone upgrade.

Most other aspects of the RHA MA390 sound are great for the price, though. They display solid detail, and the same approach to the upper-mids that causes potential for abrasiveness makes the mid-tones seem more open than rivals at this level. The mids aren’t all that refined then, but are decent for the price.

Bass has some punch without sounding too bloated, but the more expensive SoundMagic E10 have a warmer, robust low-end.

Compared to the Apple EarPods, the MA390 also have more taut, defined low-mids. This is beneficial for spoken word audio such as podcasts, since it reduces the sense that voices are sitting on top of a pillowy bed of mid-bass.

The EarPods do have a wider soundstage, however. As do the Sennheiser CX 3.00 and CX 5.00, although those pairs are a good deal more expensive. 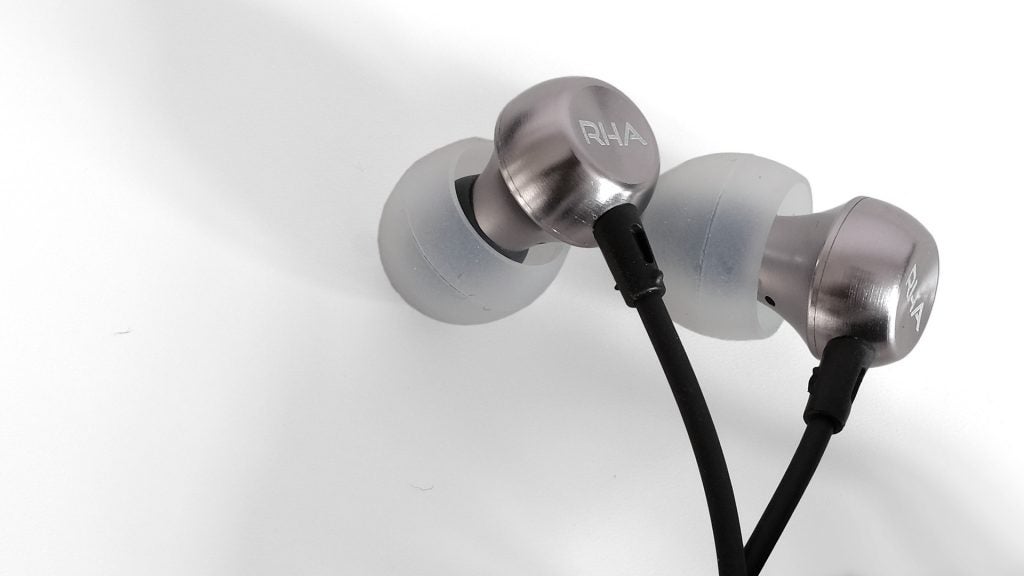 If you don’t like the sound of your phone’s bundled earphones then the RHA MA390 offer an alternative with some style and solid sound quality.

They’re not as smooth as the Philips SHE9105 or SoundMagic E10, but the SoundMagic are more expensive. Between the MA390 and SHE9105, we’d likely go with the Philips for sound. Just.

However, the RHA MA390 have a universal remote and let you talk to your phone’s digital assistant using the remote’s mic – a more contemporary option.

Solid budget earphones that look more expensive than they are.