Headphone enthusiasts will always encourage you to dump bundled earphones as soon as possible. We tend to agree, but it’s as much as social issue as a sound quality one. Naff little earbuds tend to leak sound like water pouring through a sieve, sure to royally irritate anyone nearby. Not so with noise isolating buds like the RHA MA-350.

Not only do the MA-350 earphones block your ear canals off from unwanted noise with rubber tips, their bodies are completely enclosed too. Made of machined aluminium, the only outlet for sound is the driver grille, which is also made of metal. This kind of build quality is unheard of at this price point. For £30, we expect our earphones to be made of plastic, not metal. 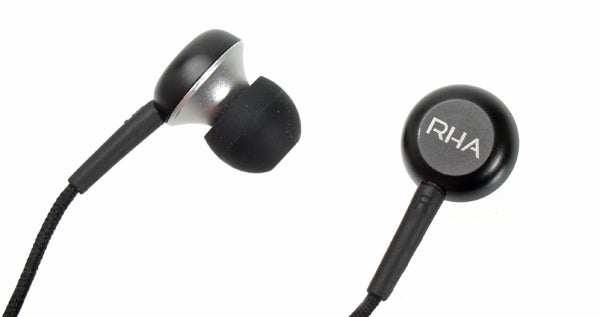 Having more than once accidentally trodden on a pair of earphones, and heard that awful little crunch as they collapse underfoot, we can vouch there’s more to be gained from metal bods than just a high-end feel. And yes, we tried treading on the MA-350 – they survived.

A metal body is a rather brash and bold feature to offer at this entry-level price point, but their design is pleasantly subdued. The bud blooms outward like a trumpet with a mute in its “mouth”, the back is smoothly curved and the two-tone black and silver look supplies a very definite sensibility of having been designed with aesthetics in mind. Even the logo is fairly stylish, a rarity for small audio companies. Take a look at the logo that afflicts the Meelectronics HT-21 to see what we mean. 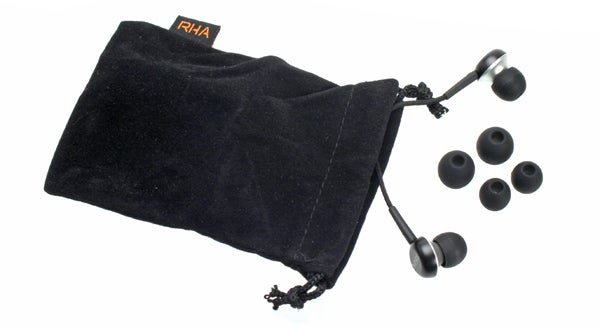 Without plugging them into our ears and having a listen, we wouldn’t have batted an eyelid if told that these earphones cost £100. For that RHA deserves at least some polite applause.

The RHA MA-350 earphones use a fabric-covered cable. This is an attempt to reduce tangling, but in our experience fabric cables tend to tangle nearly as much as their plastic/rubber counterparts. Leave them knocking about in a pocket for a couple of days and they will almost undoubtedly emerge a knotted mess. Next to a low-quality plasticy cable, or an all-too rubbery one, though, it does come up trumps.

Like Apple’s earphones, the jack housing is very small to keep the look clean. The lack of shielding means it’s less rugged than some, but also gives less bulk to snag against. This jack housing is made of rubber, which feels hardy enough. The cable is non-removable, but £30 headphones with this feature are extremely rare. 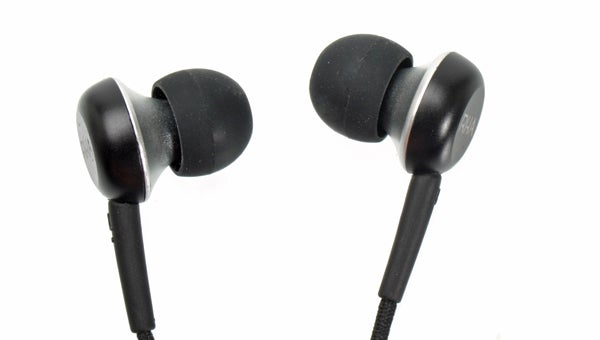 Where the cable separates into the two earbud cables, there’s a little plastic tie that you can move up the wire, to eliminate any slack. The two cables are the same length, but there’s enough of it to make wearing the cable behind your head possible.

Unless you hate fabric braided cables with a passion, consider the RHA MA-350 an unadulterated design success. Let’s see if they can pull the same trick on sound quality.

At £30, the RHA MA-350 aren’t expensive, but they do have some serious rivals. The Sennheiser CX 300, Jays a-JAYS Two and Ultimate Ears 200 are all available for around the same price. These buds can claim to beat all three on the quality of materials used, but it’s sound that matters most.

Conscious of these rivals, they seem to aim to provide both more bass power and more treble presence than most alternatives. The low-end is insistent, lending electronic and rock music plenty of impact. Technically, the bass is overblown but it doesn’t overly muddy the sound as we’ve heard in other budget earphones that try to pack a voluminous booty.

They are a little less successful up in the higher end of the frequency range. The MA-350 have plenty of treble presence, but it’s a little too sharp, resulting in harsh-sounding cymbals and sibilant vocals. This effect is particularly noticeable at high volume – it doesn’t affect the sound so much when the drivers aren’t pushed as hard. This is a concern if you want to use these earphones in noisy environments, as while noise isolation is comparable with its IEM rivals, it is – as ever – not perfect so a journey on the tube may instigate upping the volume a notch or two.

The sound signature doesn’t help on this front either. There’s plenty of slamming impact thanks to the power given to the two extremes of the frequency range, but there’s not a great deal of mid-range bulk to bridge the two. Compared with the Sennheiser CX 300, the dominant budget IEM pair, the RHA MA-350 offer a much more powerful bass response with improved extension. From a quick listen, they also offer sparkier treble. However, in longer listening tests we found their sound fatiguing. 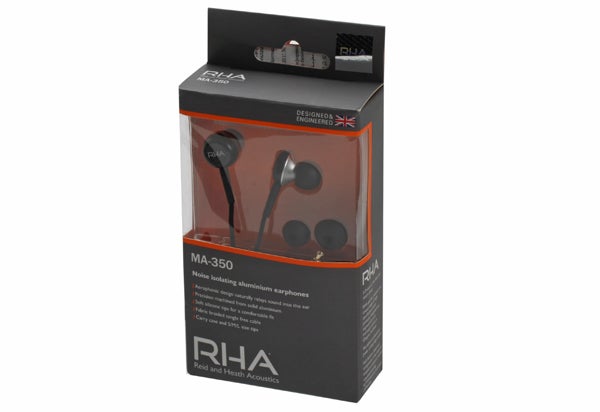 The RHA MA-350 try a little too hard for their own good – with a few dB shaved off them using Fiio’s new E6 heaphone amp they started behaving in a more polite manner.

As an all-day-long music partner, we’d still prefer to hang around with the Sennheiser CX 300 or Jays a-JAYS Three, which have a little less acidic zing at the top end, but we certainly can’t argue with the metal-bodied construction here. If one too many pairs of earphones have bitten the dust at your hands, the RHA MA-350 offer strength plastic-bodied rivals simply can’t compete with.

Made of metal and boasting a design more stylish than we normally expect from a small manufacturer making budget headphones, the RHA MA-350 offer cracking value for money if you’ve killed more earphones than you can count. They offer plenty off bass too, but are tripped-up in the sound department by a harsh treble that stops them from beating the best.