By any yardstick, Resistance 3 is a hugely impressive FPS. On a visual level, it’s superb, forging a gloomy vision of a post-apocalyptic world from a mixture of detailed scenery, richly atmospheric lighting and a distinctive graphic-novel style. It’s gameplay is smooth, nuanced and varied, providing you with large-scale battles in one sequence, then a creepy wander through a ghoul-haunted mining town the next. It’s weapon set is arguably the most interesting and inventive of any modern FPS, and it does things with scenery deformation and destruction that makes it feel less like a tick-box on a press release, and more like part of the cinematic spectacle. In terms of character and atmosphere it’s right up there with the likes of Halo: Reach or Killzone 2, and crawling steadily upwards towards the pinnacles of Bioshock and Half-Life 2. It’s that good. 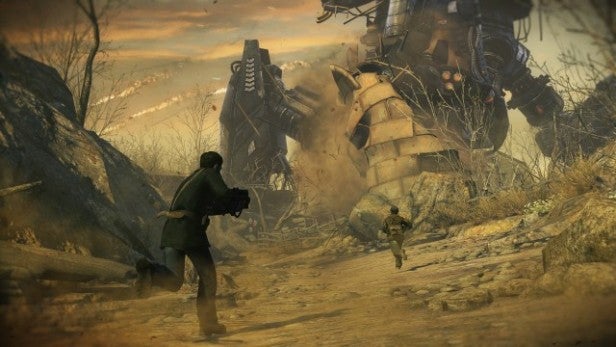 But what’s most impressive about Resistance 3 is that Insomniac’s series has finally found its own personality. The first game felt uncannily like Call of Duty 2 meets Gears of War, swapping Nazis for aliens, and making the main appeal the game’s period sci-fi setting and an unmatched arsenal of dual-purpose, sci-fi weapons. The second game had stronger graphics and some incredible moments, but it still felt a bit like someone had thrown Half-Life 2 and Halo 3 into a blender, then poured a little Call of Duty 2 on top. 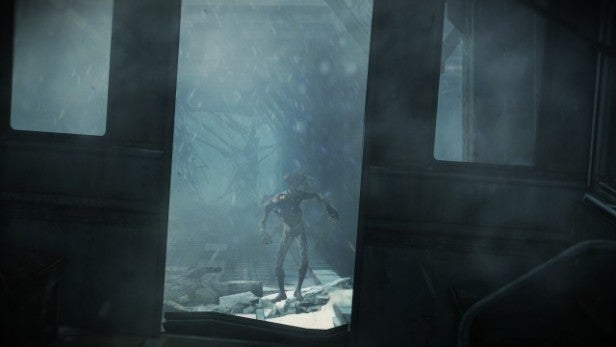 In Resistance 3 you can still see the influences poking through, with clear nods to Half-Life 2, Gears of War, Halo and Call of Duty, but the mix is much more consistent. Resistance 3 takes the horror elements up a notch, makes the storyline more personal, twists its fifties sci-fi themes into a different, darker shape and reduces the military shooter portion even further. The result is a game that doesn’t play all that differently to other FPS games, but feels different. While Resistance 3 can change from an all-action roller-coaster to a scary ghost train ride within the space of a couple of levels, it never loses its grim, embattled tone. This is a game which begins in a hostile world where mankind struggles on the verge of extinction, and it rarely lets you forget it. Thought Halo: Reach was bleak? Think again. 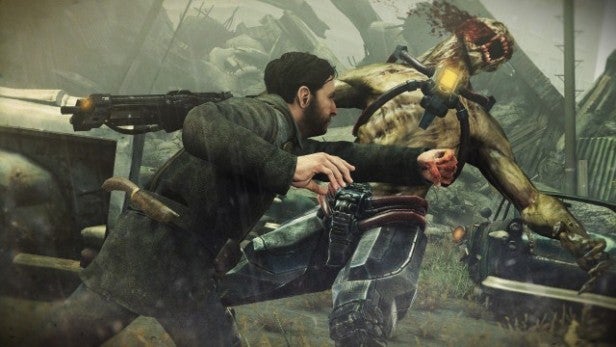 Meanwhile, the team at Insomniac seems to have discovered a new skill in creating set-pieces. The opener, with new hero  Joseph Capelli, defending a small Oklahoma town from waves of Chimera nasties, is just a taster for what’s to come, with a spooky ride up the Mississipi and pitched battles on the streets of St. Louis making way for huge-scale scraps against Chimera forces and gigantic spider-like monstrosities, before some action in railway tunnels and tumbling shacks that brings to mind the best bits of Half-Life 2. Bridges and buildings are crushed and smashed, Chimera drop-ships do their best to hunt you down, and the game throws in a superb sneak-and-snipe section in a moonlit valley that has you oscillating between hunter and hunted from one minute to the next. You’ve seen most of it done before, but have you seen it done much better? We think not.

Best of all, Resistance 3 takes a few deliberate steps backwards that will warm the cockles of any Resistance fan’s heart. For a start, the restrictive two-weapon limitation of Resistance 2 has gone, bringing back a weapon wheel, and instant access to any weapon which you’ve uncovered and which you have ammo for.

This is a great idea, because Resistance’s weapons are so deeply lovable. Each has a secondary fire mode, transforming a shotgun into a grenade launcher, or allowing you to tag an enemy with a homing round which subsequent bullets will steer automatically towards. How do you improve on a magnum? By making the rounds explode when you hit the right trigger, that’s how. One weapon freezes foes with one blast, then shatters them with another, while another throws out a shield and shoots through walls. Throw in the fact that weapons develop new powers the more you use them, and you have a game that gleefully throws away stodgy realism in the cause of thrills and OTT violence. 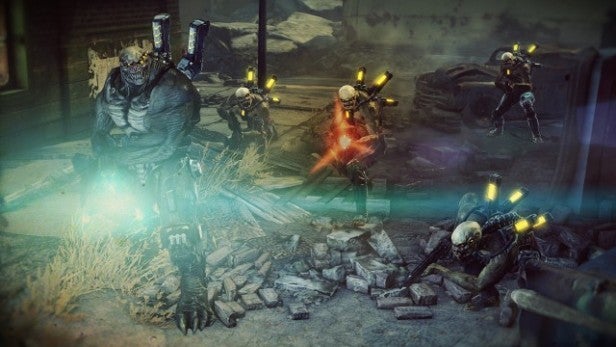 Secondly, Resistance 3 studiously ignores the recharging health system that has become the genre standard since Call of Duty 2. It’s a smart move, because in a world where you can be on your last legs, hoping there’s a Chimera health pack around the next corner, there’s a lot more tension, and there will be times when you’ll find yourself almost cornered, desperately searching for a survival line. This should be a recipe for frustration, but in Insomniac’s steady hands it’s anything but. You’ll always find an answer hidden in your arsenal or the environment nearby, and the difficulty level is perfectly judged. The same goes for the AI which, despite the odd moment where you’ll find a Chimera sitting pretty, waiting to be triggered, is convincing without ever seeming supernaturally perceptive. In short, Resistance 3 plays a staggering single-player game – and one you can also enjoy with a friend in online or split-screen co-op. The news on the multiplayer front is slightly less positive, though as the servers have only just opened up we’ll give it some benefit of doubt. Insomniac has taken a step back from the huge-scale action of Resistance 2, with its sixty-player skirmish mode, and while Resistance 2 could be a bit messy, it’s a slight disappointment to find Resistance 3 such a conservative, sixteen-player affair with a straightforward selection of deathmatch, team-deathmatch and objective-based team modes. The maps, which cheerfully take you all the way from Alice Springs to the Glamorgan coastline, are interesting and the action is slick. The arsenal is as effective as it’s always been. Yet there’s something slightly prosaic about the whole affair. With a few more experience levels under our belt and a little more time online, however, there’s a chance that our opinions could change. 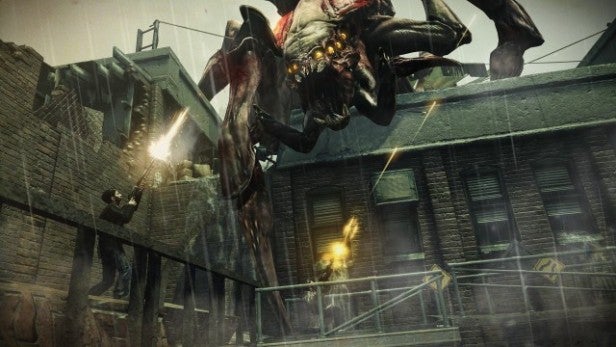 Finally, it’s worth mentioning that Resistance 3 supports both Move controls and stereoscopic 3D. We haven’t had a chance to trial the latter, but the Move controls work every bit as well as they did in Killzone 3, even if it still takes a while to get accustomed. Sony appears to have this nailed.

Is Resistance 3 Sony’s long-awaited Halo killer? Maybe not, but that’s a question that no longer seems to matter. What it is, unquestionably, is a superbly wrought and polished sci-fi FPS, and one that – in campaign mode at least  – can stand on its own two feet with the genre’s best.

Resistance 3 is a triumph. While you can see its many influences showing through, it’s one of the grimmest, most compelling and most spectacular FPS games on any platform, and amongst the very best on PS3.