Presumably, Capcom has by now finished the miserable process of post-mortem on the sprawling and ambitious Resident Evil 6 that collapsed under its own unnecessary weight. Split into three interlocking stories – plus a bonus fourth – it had one sporadically great campaign, one middling campaign and one downright bad one. Somehow, in its quest for more action, more adventure, Capcom lost its grip on what a Resident Evil should be. 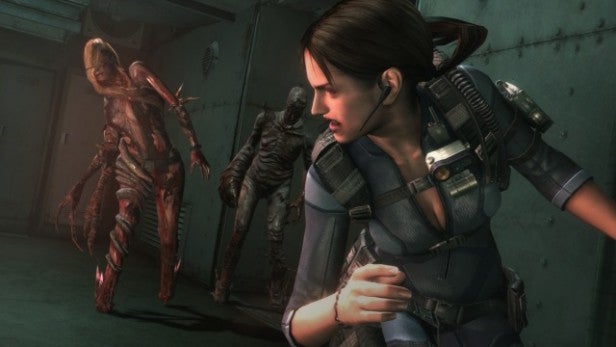 What’s so good about it? Well, for a start we’re going back to basics. While there is action in Revelations, it’s not trying to compete with Gears of War or Uncharted. It’s a game of slow-moving exploration, slightly woeful puzzles and shooting shuffling monsters in the head. While it has multiple playable protagonists, it’s a game with one roughly coherent plot and – for the most part – one major setting. 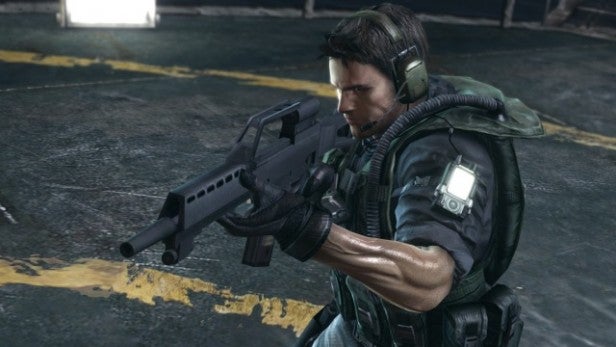 What’s more, that setting – a ghostly abandoned cruise ship – deliberately harks back to Resident Evils of yore. With its creepy cabins, banqueting halls, engine rooms, grand hallways and casinos, The Queen Zenobia cheerfully echoes the haunted mansions, civic buildings and industrial areas of Resident Evil 1 and 2. You might complain that Revelations doesn’t take the series anywhere new, but we can’t hear the fans complaining. In fact, by starring the series’ first heroes, Chris Redfield and Jill Valentine, Revelations feels like it’s bringing the series back home.

This is a Resident Evil with some real great moments. An early section has you running defenceless from shambling monstrosities, dodging and ducking while searching for a gun. There are tense moments in a flooded bulkhead, and a fantastic running battle against a remorseless attacker. There are some excellent boss battles and some times where the combination of setting, atmosphere and action is pure Resident Evil gold. 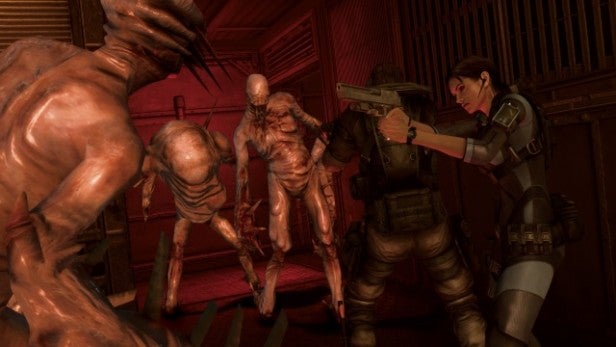 The presentation is also impressive. Revelations is still one of the most technically accomplished games on 3DS, sitting graphically above the Wii and Gamecube entries and only just below the 360 and PS3 chapters.

Capcom has given it a fine HD conversion, with some new textures and its console lighting engine helping to obscure the relatively primitive nature of some of the monsters, while adding a new shine to the Queen Zenobia’s lush décor.

Some of the evil critters still look pretty rough, and you’re dimly aware that this looks more like a 2007 game than a 2013 one, but for the most part Revelations has made the move in style.