What is the Remington XF8700 SmartEdge Pro?

The XF8700 is Remington’s top-of-the-line foil razor, although that still doesn’t put it in the same price league as shavers such as the Panasonic ES-LV95 and Philips Series 9000, which cost around double the money.

This is a wet-and-dry shaver featuring Remington’s SmartEdge Advanced Foil technology, which, you’ll be unsurprised to hear, claims to deliver better one-pass shaving. However, I found that the unusually boxy foils caused some difficulty…

The first thing you’ll notice about the Remington XF8700 is the extremely dated styling. It looks like it’s been lifted straight out of the ’90s. Seriously, red graphics on black chrome trim went out with hi-fi midi systems featuring twin tape decks and a turntable on top.

Still, at least it looks more modern when the display is on… Oh. Red LED numbers? Now it’s trying to look like a 1970s calculator.

Bypassing this curious retro mash-up and concentrating on the business end, the XF8700 has a three-bladed head that pivots back and forth, albeit by a limited amount and not particularly freely. 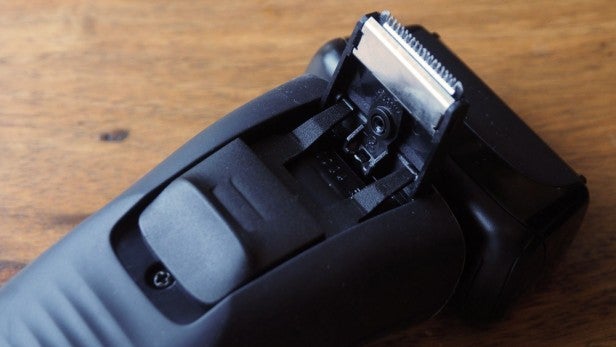 The three foils are rather more interesting. The one at the centre is the most prominent: It’s raised a couple of millimetres above the outer foils and has a rounded profile. The outer pair have a squared profile. All three are individually sprung, with the raised foil having a little more travel so they all depress to the same level.

Around the back, directly behind the power button, is a switch that flips out the beard trimmer. It’s a little stiff to operate, but feels solid enough.

In the box you’ll find pretty much what you’d expect from a shaver costing more than £100. There’s a charging cradle, a head guard and a travel case. Sadly, the last is just a soft pouch rather than a hard case. 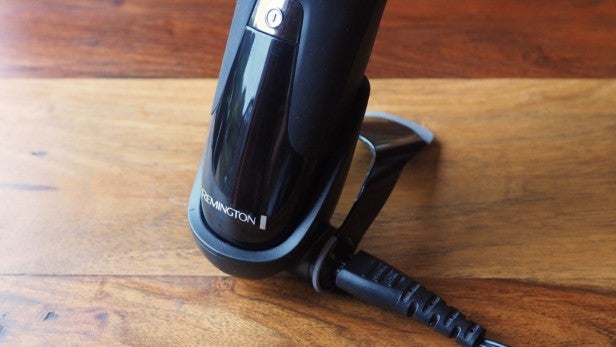 The high point of using the XF8700 comes immediately after switching it on. It isn’t whisper-quiet, like the Philips Series 9000, but it isn’t jarringly noisy either. And since its motor whirr has a lower pitch than most shavers, it really isn’t particularly noticeable.

Upon starting up, the two digits on the naff LED panel also come to life, displaying the number of minutes’ charge the Remington has left. They start at 60 following a full 90-minute charge. Simple, but effective. 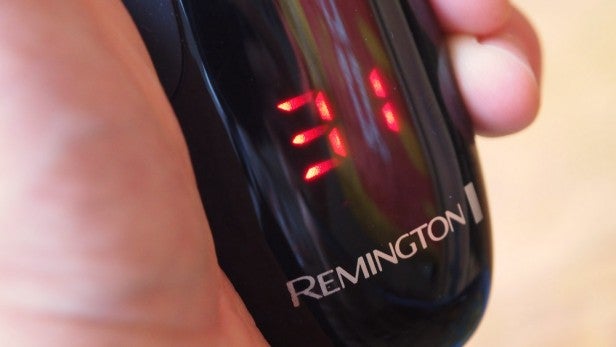 From here, though, it all goes horribly wrong.

The combination of those boxy outer foils and the stiffly pivoting head means that on your face the XF8700 seems to snag on all but the flattest expanses of skin.

Around the undersides of the jaw and chin are particularly bad, with the leading corner of those foils acting like a fulcrum for the shaver to tilt away from the skin when it digs in – which is quite often. This means that the three foils just don’t hug the contours of your face as they should.

All this makes for a pretty uncomfortable shave.

The only benefit of the design seems to be that it can shave closer under the nose than any other shaver I’ve tried. 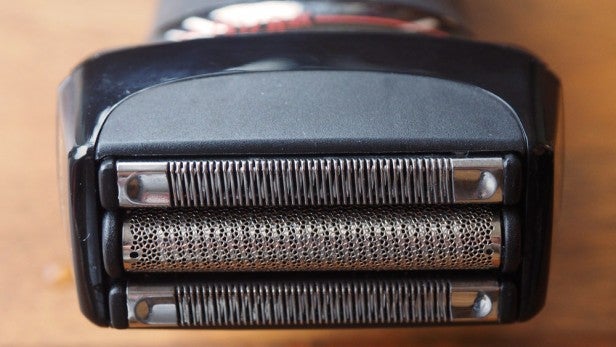 With a little perseverance and by increasing my wrist movement to follow the contours myself, rather than relying on the XF8700 to do some of it, I did manage to get a close shave. But it was hard work – and it left my skin a little sorer than it should. It was essentially like using a cheaper, non-pivoting razor.

Since the XF8700 is a wet-and-dry model, I was able to add a little shaving gel and water to help it move across my face more smoothly. While it made a difference to how well the head glided over my skin, it reduced the effectiveness of the cutting on each pass, so I still had to work pretty hard at it.

Should I buy the Remington XF8700 SmartEdge Pro?

Shaving is a shaver’s raison d’être, and yet the XF8700 SmartEdge Pro’s performance is clearly hampered by what seems to be more of a design gimmick. Those squared-off outer foils appear to be useful only for reaching under the nose – nowhere else.

This isn’t the cheapest razor around, and with this performance represents exceedingly poor value for money.

If Victor Kiam had used this as his first Remington, we doubt he’d have bought the company. The XF8700’s poor face-hugging is its downfall.