The compact design makes the Remington Air Plates great for travel – but in use, its dimensions hold it back.

What are the ­­Remington Air Plates Compact?

Remington’s Air Plates Compact are a smaller version of the company’s original Air Plates, which were the world’s first straighteners to feature suspended plates. They were developed to try to prevent heat transferring to the outer casing, which can be a big problem with such devices.

Shrinking down their size has resulted in removing much of the “handle”. As such, the Air Plates measure in at just 20cm long, which makes them a great option for travelling.

However, this causes issues with handling, making us question the Air Plates’ suitability for everyday use. 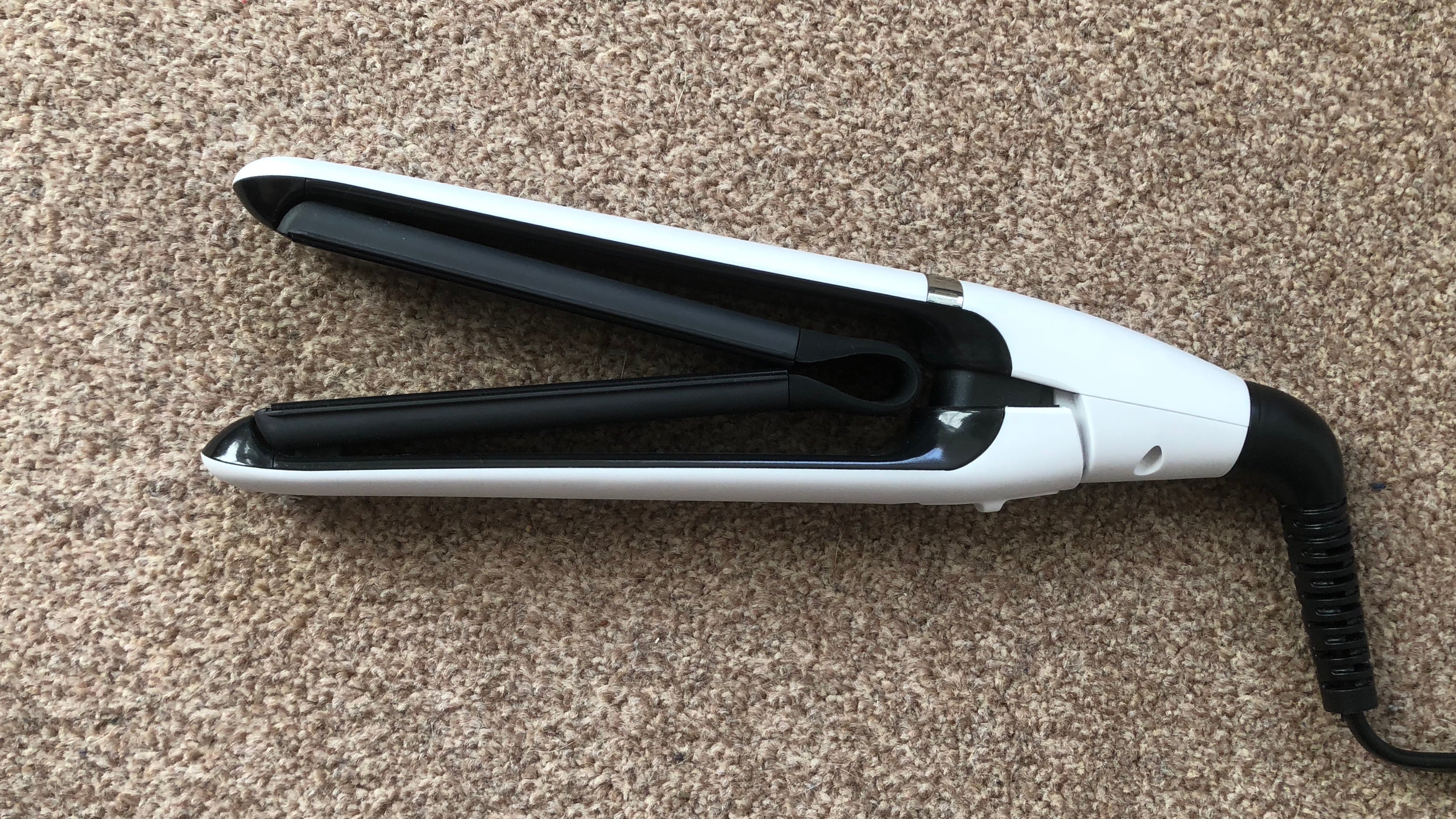 The Air Plates Compact are designed to be a smaller version of the full-sized Air Plates, to make them the perfect straighteners for travelling. This has resulted in a main body that measures in at just 20cm, compared to the GHD Gold’s 25cm and the lengthy Babyliss 3Q’s 30cm.

There are very few bells and whistles on offer here. A single temperature setting of 200ºC degrees is accompanied by a simple on/off slider switch that can be found on the bottom of the device. This slider also doubles as a safety lock if pushed upwards while holding the straighteners closed. When you unlock them, they’ll then switch on automatically.

A blue LED on the handle signifies when the straighteners are turned on, and the instructions state that this should flash until they reach the correct temperature for use, with a quoted 30-second heat-up time. However, during testing we found this light remained static, which made it difficult to determine when the Air Plates were ready to use.

The suspended plates are an interesting feature, and certainly do a good job of keeping the outer casing of the straighteners cool – they sit away from the casing. 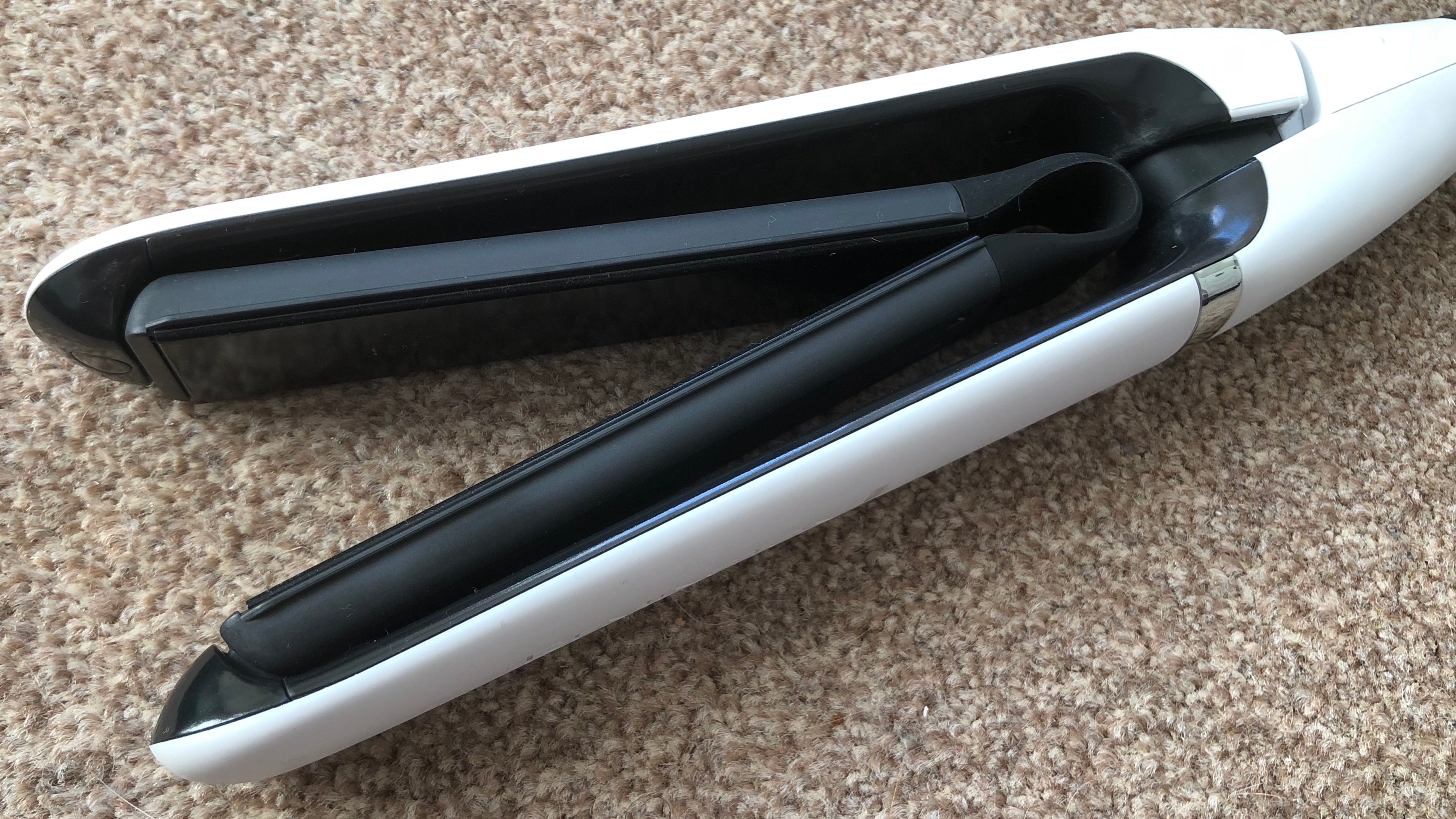 The plates themselves are 10cm long and are made from ceramic-coated titanium. This means they’ll be durable, but not quite as effective as the solid ceramic plates you’d  find on more premium irons.

The Air Plates’ compact size results in a light overall weight of just 215g. Cable length is decent, with the 2.5-metre swivel cord suitable for most situations.

The white plastic body feels pretty sturdy, if perhaps not the most premium in the hand. The white finish is likely to become grubby over time, although the Air Plates’ smooth surface is easily wiped down should they require it.

The Air Plates Compact don’t come with any accessories, such as a carry case, which seems like a bit of an oversight considering their intended use. Put simply, the form factor of the Air Plates Compact is the biggest selling point – but also their biggest downfall.

With next to no handle to grip the device, you’re having to hold much further up the body and therefore closer to the the plates. While their suspended plate design means the Air Plates Compact don’t become hot on the outside, you’ll still feel the steam coming off your hair, which can burn your hand if you aren’t careful.

Hold them further down to avoid this situation and you lose some  grip and control when styling. Styling is further hindered by the fact the plates don’t come together as snugly as we might like – which may be more of an issue for those with fine hair.

Also a result of the design of the Air Plates Compact, it’s easy for hair to become trapped in-between the suspended plates and the casing, which can cause some snagging. This means it’s important to be precise with placing the sections of hair in-between the straightening plates, rather than sliding the appliance through your hair more casually.

Curling isn’t quite as effective, but it is at least possible with some perseverance. Curls were loose, however, and didn’t hold for as long as those created by the Lee Stafford’s Rainbow Shine straighteners, for example, plus the shorter form factor of the Air Plates Compact made it more difficult to hold steady while curling too.

Finally, the lack of accurate temperature gauge to indicate when the straighteners are ready to use is rather annoying. It results in you having to play a bit of a guessing game regarding when they’ll be at their most effective, which could prove frustrating if you’re trying to style in a hurry. Due to their small size and lightweight body, the Remington Air Plates Compact are straighteners aimed at the regular traveller. However, at just 5cm shorter than a device such as the GHD Gold, they’re hardly a huge space-saver.

Unless you’re super-keen on their size and can deal with the downfalls this brings, the smart move would be to put the money you’d spend here towards a better pair of straighteners that suit both travel and day-to-day home use without the compromises seen here.

The compact design makes the Remington Air Plates great for travel – but in use, its dimensions hold it back.