Available for iOS
There’s an old adage that you can’t make a decent videogame based on a TV series or movie. Certainly, there are a host of titles that have come out in recent years that challenge such a stance – Telltale Games’ The Walking Dead the most prominent example on mobile – but for every decent release, there are ten or more quick cash ins.

What do you do, however, when the TV series you’re attempting to turn into a game is, in itself, just a little bit rubbish?

Release the Hounds bills as a ‘horror quiz show’, setting players a series of mental and physical tests set in the dark of the forest before, ultimately, seeing them being chased down by a pack of hounds in what’s meant to be a terrifying finale.  In reality, however, the ITV2 show is something of a joke and, no doubt aware that the IP is never likely to change the world, Sony Pictures has seemingly set out to serve up a videogame that’s in every bit as lacklustre as the programme it’s based on.

On that score, we can only judge Release the Hounds a huge triumph for all involved. 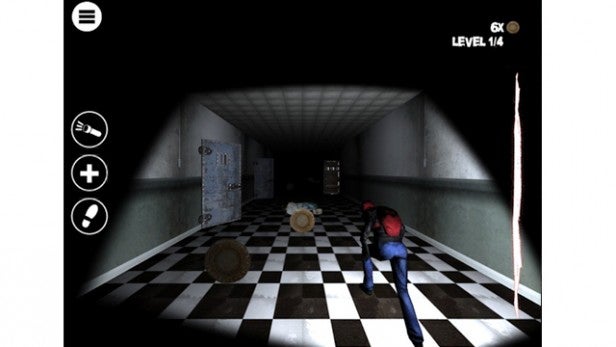 The first warning sign is the fact that Release the Hounds, albeit logically, takes the form of a 3D endless runner. As any Temple Run fan will know, the launch of Imangi Studios’ genre buster back in 2011 triggered what soon became a flood of ‘clones’ – scores of known and fresh IPs had a go at taking on Temple Run, most fairly unsuccessfully. As such, new cracks at the  3D endless runner whip are few and far between in 2014, which immediately makes Release the Hounds feel like a very bold move, or an especially stupid one.

Stretched out across five different locations, you control an especially badly animated runner initially darting through a dark forest dodging objects left, right and centre with a series of swipes. As you’d expect, the formula is especially easy to grasp: a sideways swipe from either side of the screen sends you scurrying in that direction, while stroking the screen up or down causes the character to jump or duck accordingly. 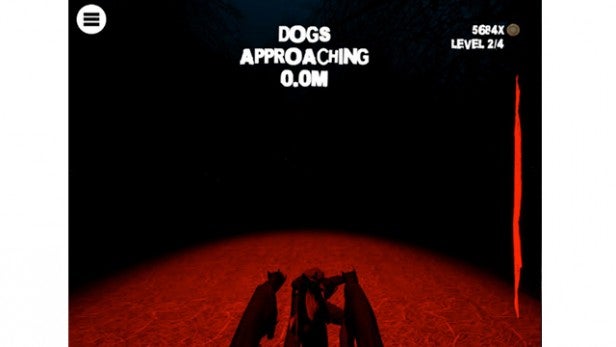 Surviving each randomly generated level isn’t the goal here, however – in the main game it’s actually impossible to die. Instead, to progress you need to amass a certain number of coins (that, incidentally, confusing look more like chopped up tree trunks)  dotted around each stage in lines. Each run is split into four sections and, at the end of the first three, you can choose either to bank the coins you’ve amassed so far and take on the final challenge, or plough on in an attempt to boost your total.

Those looking to progress as quickly as possible should always take the latter option, given that opening up the next stage is a question of making it right through to the end of the level with a set number of coins in hand. This is not easy, however, given that any contact you make during a run – whether tripping over a tree branch or, believe it or not, running into a strangely static patient in a mental asylum – resets your tally to zero. Making it to the end automatically triggers the final run off, which sees you take on a very short dash to a wall at the end of the stage with a pack of hounds chasing you down. Pull this off with enough coins in the bank, and you unlock the next stage – and so it goes on. 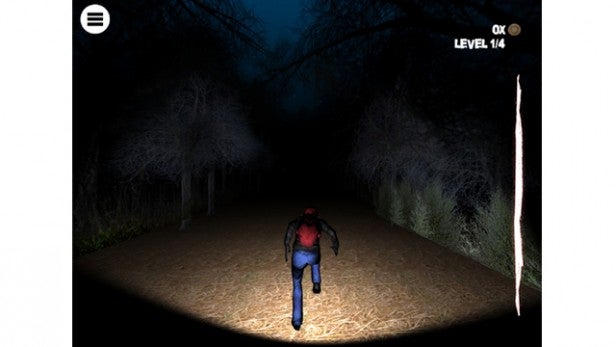 It’s all fairly tepid, mechanical stuff, in truth – even for those with a forgiving eye, Release the Hounds feels like it’s been phoned in, with no creativity or ingenuity brought to what is an entirely uninspired take on the endless runner genre. Worse than this, however, is the fact that – from a visual perspective – Release the Hounds is a block, primitive mess. It resembles the kind of game that even a developer fresh on the scene would be ashamed to serve up after a 48 hour hack.

Those working at Sony Pictures on Release the Hounds can take solace in the fact that the property they were taking on offered little scope for originality in the first place, but that doesn’t excuse the studio from serving up the kind of TV-tie in that gives those looking to do the same a bad name.

Verdict
Half hearted and without any drive or vision, Release the Hounds is a 3D endless runner that arrives on the scene long after the genre was at its peak, delivering a TV tie-in based on a television show without any pull whatsoever.