Apple and its cohorts can push third-party controllers all they like – mobile is never going to be a comfortable home for games that require a d-pad or buttons to take full control. Pretty much every classic smartphone game you can think of will be based around one of three inputs: tapping, swiping, or tilting.

In that regard, Red Game Without a Great Name – which, this humble author can assure you, never gets any easier to type – is onto a winner. Your only input here is to swipe, swipe, and swipe again, as you help guide a mechanical bird across a 2D stage in order to deliver a letter from a cage at the start of the level to an identical one . Yes, in this steampunk world, that appears to be a perfectly acceptable premise for a plot, though in reality it has very little baring on the action.

That action is simple to grasp but, as with all great games, far harder to master. With the level scrolling past from right to left automatically, your only job is to ensure your bird makes it to the level’s end without running into any hazards or being pushed off the screen entirely. To do so, you simply swipe from the bird to where you’d like him to go, and he teleports automatically. There’s no limit on the number of times you can do this or where you can send him, which makes it sound as if Red Game Without a Great Name should be something of a walkover. 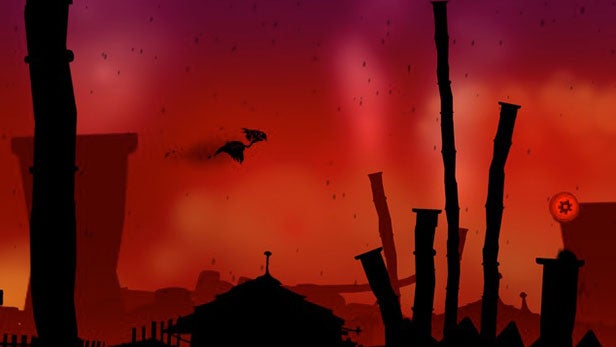 In reality, however, things quickly get pretty touch. Taking place in a silhouette laden world that owes much to Badland, the game forces you into making split decisions, with large portions of the screen taken up by level architecture that increasingly means you have just a couple of seconds to decide where you should head. Few spaces in Red Game Without a Great Name are safe for all too long, and you’ll soon find yourself teleporting in quick succession, dashing from spot to spot almost like the seconds hand on a ticking clock.

Levels are kept intentionally short to suit the mobile environment and the visuals, though not original, help to distinguish between the safe spots and the areas to avoid. Indeed, the whole thing runs fairly smoothly and feels like it’s the product of a developer with much experience. There’s one problem, however: it’s not much fun. 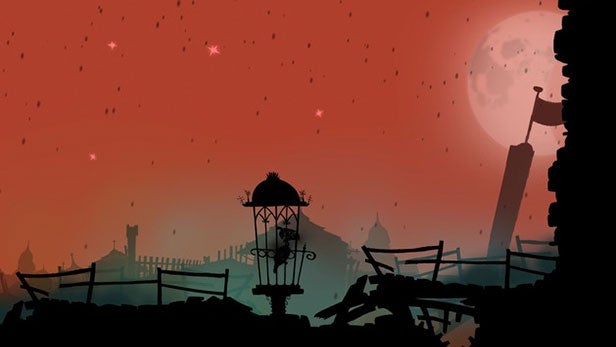 It’s hard to pin down just while, but Red Game Without a Great Name feels like a process rather than a challenge. The intentionally simplified controls means once you’ve got to grips with how you teleport, there’s not all that much to master other than memorising the levels once you’ve died a few times. Indeed, the only reason you’d die at all is because you’re not quick enough – something you can easily rectify on your next playthrough.

Success, though, doesn’t bring all too much celebration and, win or lose, it’s not long before you start to question why you’re playing in the first place. Red Game Without a Great Name is arguably too straightforward for its own good, and the main premise – teleporting from one spot to another over and over – just not compelling enough to really warrant anything more than a couple of plays. Which is all rather sad. 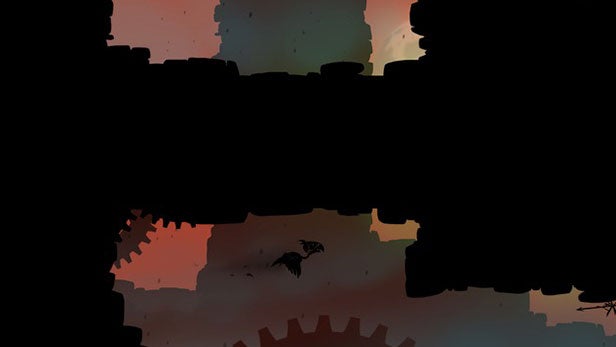 Namely because, to look at and initially take on, Red Game Without a Great Name feels like it has much potential. There are no faults and the whole affair feels very slick, but when something isn’t fun, it isn’t fun. Somewhere along the line, a little bit of ambition was stripped away from Red Game Without a Great Name in order to keep it mobile friendly, and while in the vast majority of cases that would be entirely advisable, here it feels like one strip back too far, leaving iFun4all somewhat ironically with a a release that has a great name, but no great game.

Verdict
Beautiful to look at, Red Game Without a Great Name is a very slick affair with simple controls, but play soon becomes a touch too one dimensional and the whole affair a little too dull to really hold your attention for all too long. A game with much potential, then, but sadly one that fails to live up to much of it.